Inspired by Europa Universalis: Rome, Roma Universalis plunges the world of Europa Universalis back into Antiquity. Command a Greek city-state, Successor Kingdom, or the young Roman Republic in a bid to dominate all of Europa. The game begins in 418 AUC (336 BC): Alexander the Great just became King, Italy is not yet united, the Achaemanid Empire rules the East, China is divided in its Warring States period, and India is divided into warring kingdoms.

Who is to command Europa?

For bug reports, or if interested in contributing to the mod, email The Joker.

Feeling generous? Support me on Patreon!

The game focuses mainly on adding some flavor to the tribal/barbarian nations of the world, which includes most of Gaul, Germania, Britannia, Iberia, and Scandinavia and much of the Russian and Eastern European region.

We have added a plethora of new nations to the Scandinavian Peninsula, most being Scandinavian Germanic tribes with unique national ideas that give them an edge in building and fighting with ships/naval vessels. 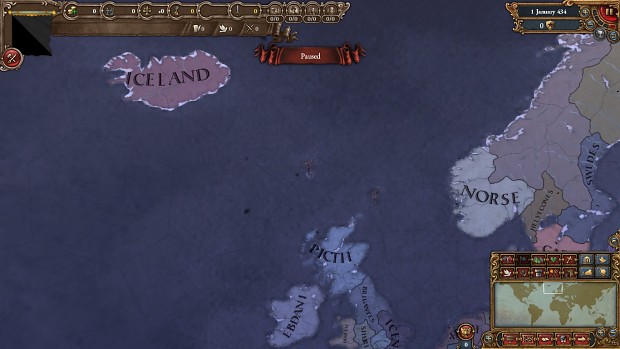 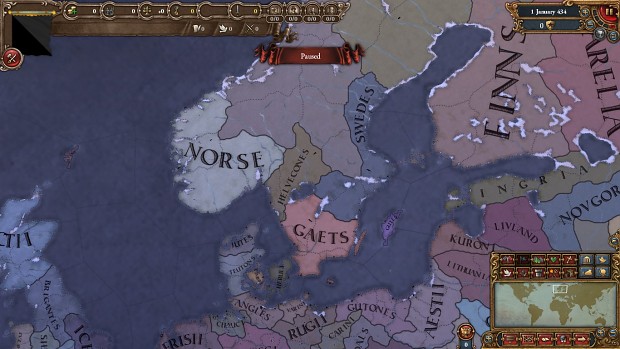 We are also planning on giving one or two of the Scandinavian nations unique national ideas that set them apart from the surrounding nations. We are also contemplating adding unique events and country modifiers that encourage the expansion of tribes through conquest, raiding, pillaging, and war.

We have implemented a ridiculous number of new tribes in Gaul, Germania, and the Iberian Peninsula to spice up the competition for diplomatic alliances and resourceful vassals, buffer states, and reluctant subjects. War is, as it was historically, a mainstay of continental Europe as Germanic and Gaulish tribes came into frequent contact with eachother over foraging grounds, good locations for settlement, and natural defensive terrain. We are considering adding in events and country modifiers concerning the early migration of Gaulish, and a bit later Germanic, peoples across the continent of Europe. 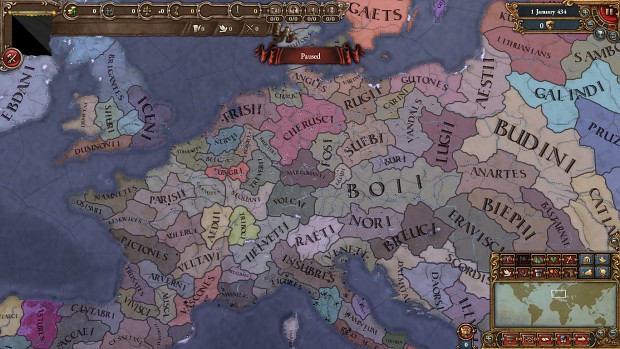 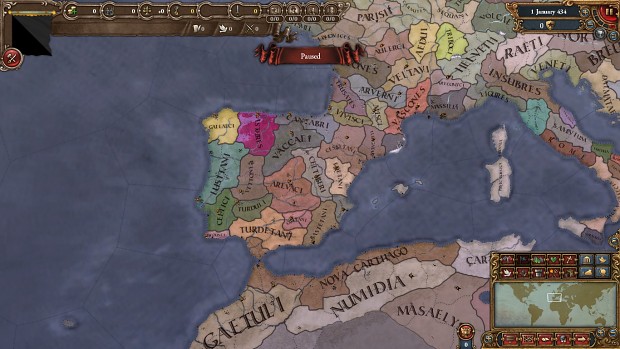 To expand on this historical event a bit, Germania is a very convoluted and divided region; most of Southern Germany and modern-day Austria is inhabited by Gaulish tribes who practice the Celtic religion. In the north, Scandinavian and Germanic tribes inhabit the region and practice the Germanic religion. In addition, whereas the Gauls usually possess a despotic, monarchical form of tribal government, there is a tradition of confederal government in the Germanic region: most Germanic tribes have a ruler who is chosen from the men of the tribe, but the position is not hereditary and most rulers are chosen not only for their valor but for their abilities to be prudent and decisive in tribal affairs. Elders and councils were common in Germanic society, and there will be new government forms in the mod to show a progression from early Gaulish and Germanic government to more modern and sophisticated institutions that resembled early feudal and Middle Age government in the regions of Gaul and Germania.

While there have been no new nations added to India, there has been a rework of the cultures present on the Indian subcontinent: 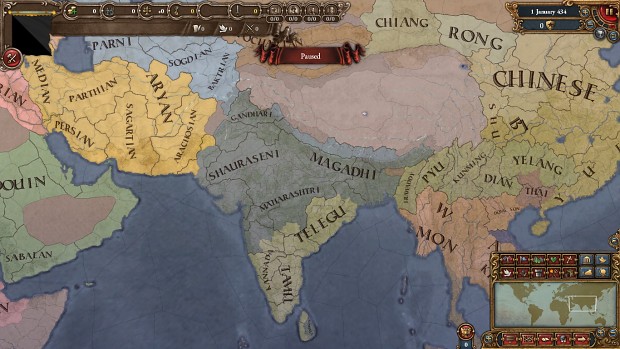 In addition, we are pondering adding some unique national ideas to several of the smaller Indian kingdoms to spice up game play in India a bit.

Apart from many of the aspects we've touched on up above, a plethora of other changes have made their way into the mod, some including:

In addition, still much more is on the way with a focus on national events and decisions, national ideas, and probably some of the most significant changes will be events for the rise of the Roman Republic and Empire, the Punic Wars, and the Pyyhric War and clashes between the Hellenistic and Roman worlds.

There is no current release date for the patch, so expect more developer diaries soon!

With the school season coming around, development on Roma Universalis will definitely slow, but it won't stop!

The second beta version of Roma Universalis, focused on Alexander the Great and his successors, has been released!

The upcoming patch for the Europa Universalis IV total conversion mod Roma Universalis is dubbed the "Successors" update, focusing on Alexander the Great's...

With large and various changes being made to the mod, Roma Universalis has moved out of alpha stage and into beta stage!

This is the second beta version, entitled the "Successors" update, for Roma Universalis, the Europa Universalis IV total conversion mod. Works with Europa...

This is the first beta version of Roma Universalis for EUIV v1.14: The Cossacks.

Another death mod, which I really regret about.

how do i install mods?

I believe it was "Geats" who lived in southern Sweden by the time, Kvens lived in southern Finland and Fenni lived in eastern Europe all the way south to Hungary (the language is related), Sami (Lapps) had the northern parts of Scandinavia, Kola and came even quite south in Finland. There were also mostly smaller tribes, like the Birkarls as the land was hardly united or the lands as populated as now...

does this still work? trying to play it on version 1.19 and 1.14 just crashes instantly

edit* works for 1.14 without certain dlc's

The "Vascones" aren´t in the right place, they should be in the basque country not in aragon and south france