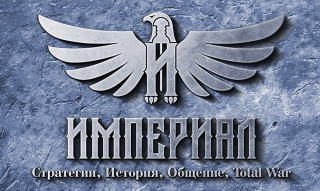 Original Alexander addon was very strange and buggy.
But this project completely fixes it. This is a True Alexander.

Alexander without bugs, CTDs or other not good things.

This project was borned by this mod - Moddb.com

Now its a full standalone project with many changes and new things for RTW Alexander. Get ready to the most big battle in your life, warrior! Now you`re making the history! Crush your enemies and create the terrific empire in the whole world!

Global project with idea of reworking the addon of Rome Total War Alexander. Original addon was bad and non-historical, but this thing is fixing many errors. This is a True Alexander, fully remake of original addon.

Now there is more new version with name - Hellenic Sunrise.

The Rise of Alexander project was started by me in the spring of 2020, and already represents several different versions. Victory or Death was released that same spring. Then I gave this part of the project to my friend Ariaces, and now he rules it. Therefore, the project is divided into several campaigns.
I myself am very interested in the theme of the initial stage of the path of Alexander the Great to fame and fame. For example, how did Greece fall to Macedonia? Who resisted? And who joined? How did Alexander operate in Asia Minor? And why suddenly Bithynia organized such a rebuff to him that he left her independent?
Hellenic Sunrise - just tells about this topic. How did Alexander manage to unite Hellas in general and conquer Thebes? After all, before going on a campaign, it was necessary to take care of the enemies in Greece.

The campaign is presented on a map from the Greek Wars mod. Start time - 336 BC. That is, the year when Alexander first came to power as an independent sovereign of Macedonia. This version is based on an early project from Ariaces - Purple Macedon. The main storyline is devoted to the conquest of Greece by Alexander and his confrontation with Thebes.

WARNING! THIS VERSION IS FOR ROME 1.5!

Moddb link of the Rise of Alexander 2020 (full pack)

For now Kardinal`s Map version and ROP map versions of mod are under control of Ariaces. He is the main mod leader now of these versions. 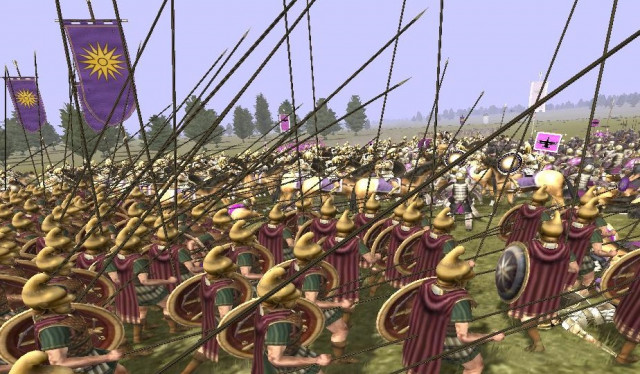 At the moment I present to you a new version and, perhaps, the final one at this stage.
Added even more new units for the main factions. All previous bugs have been completely fixed. The music package has been improved. Added info cards for all new types of troops. Complete rebalancing of Macedonia, Persia and Massagets (Scythians). Added new campaigns (now there are 4 of them, each with its own storyline).

The list of changes here is much more voluminous: 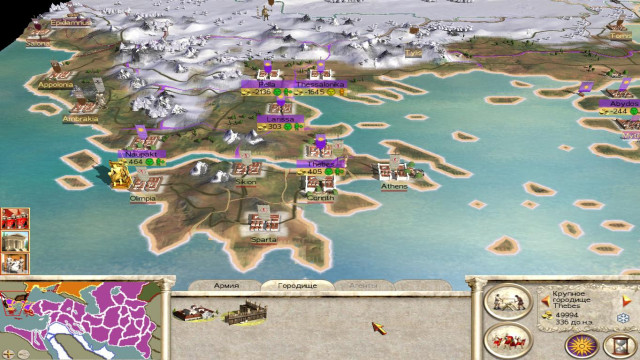 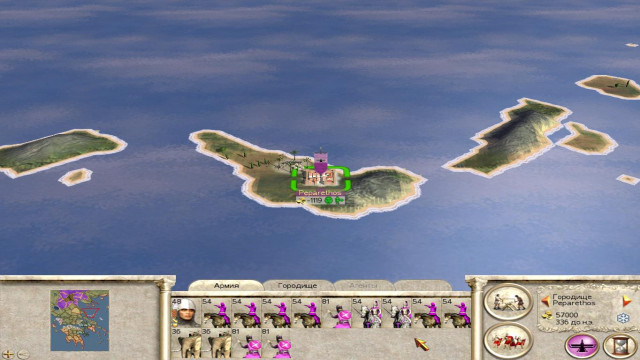 The installation is simple, because this is a switch mod. Requires version 1.5 of the original RTV. 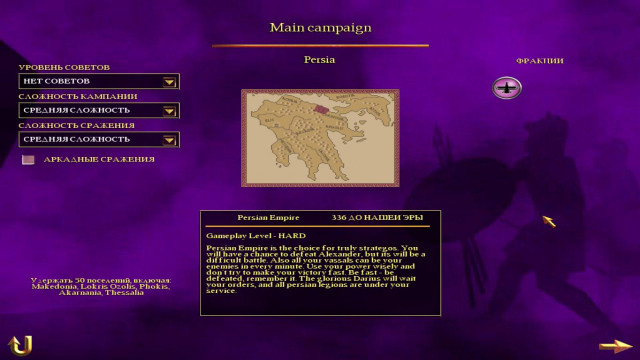 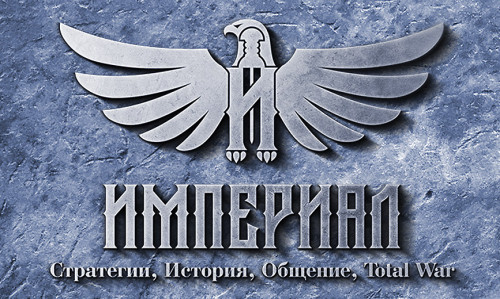 This is the additional campaign for Rise of Alex 2020 project. Based on MATWII version. Its making you available to take part in the history of ancient...

This is new version of the mod Rise of Alexander 2021 from Imperial community. Posting here moddb link.

Rise of Alexander 2020 All versions

This is the full pack of the Rise of Alexander 2020. Consist of 3 versions - ROP map version, Kardinals map version and Vanilla Improved.

can you upload CD Rome version on mediafire or mega.co or Can you upload your FULL BUILD: ROM:Total War 1.5 with Rise of Alex Hellenic Sunrise NEW version installed for me please?

I have 1.5 CD version of Rome1 with BI 1.6
its not need to upload game, its not good from copyright
Try to install it to CD version of 1.5, its simple
i have written all information in this topic , see my com 11.04.22

Information about installation:
1. Alex 2020 version
Need RTW Alex 1.9. Consist of 3 versions, one - kalexander (Kardinals map) is a switch-mod, second - not-switch mod and 3rd ROP version - again Switch mod (MA based). Switch-mods needs to be installed to main game directory. Then create shortcut from alx.exe and write in object -mod: (and etc). Then start a shortcut and play.
Not-switch mod you need put to main directory, all files to alexander folder. Also not-switch version is not compatible with others, so beware. Choose only 1 version - Kardinals, ROPs or not-switch.
2. 2021 Hellenic Sunrise.
Need RTW 1.5 version with no other mods. Based on PM old version mod. You need to put PM folder to main game directory, then create shortcut from Rometw.exe and write -mod:PM
Then you need to start a shortcut and play.
Tested only in CD Rome version. I don`t know about Steam working.

can you upload CD Rome version on mediafire or mega.co

surender Can you upload your FULL BUILD: ROM:Total War 1.5 with Rise of Alex Hellenic Sunrise NEW version installed for me please?

i can`t do it because its violation of site rules
Try to play versions in Alex engine (Rise of Alexander 2020) then , if you can`t activate 2021

so can you upload on mediafire or mega.co ?

I have answered you

I checked again the Hellenic Sunrise, all campaigns are working good. Check the installation process. Please!!!
I never post something with CTDs or broken files, it was always not good and disrespectful for community. Every mod from Imperial community is having test time to find bugs and errors, and only then its time to release. This mod we tested a lot before release.
The same thing with Imperial TW. It was bug with mercs in the first modfolder version, but then we found it and fixed. All other errors are not the mod problem. Its problem with installation process or game version.
It was almost the same problem with Haktar`s Imperial TW mod-folder version. Some people said, "ahhh it doesn`t work, i can`t play". But some time after they wrote, that problem was with installation. Strictly with installation or with PC settings.
Check the installation again. Check your RomeTW1.5 CD version with no other mods in main data. Check your PC settings, and then start.
Check also your installation process of mod.
(PM folder you must put to main directory, no data or BI, start from Rometw.exe -mod:PM -show_err )

Can you upload your version for me please?