Resident Evil 3(1999) Overhaul MOD "The Lord of the Necropolis" is created as a game like "Resident Evil 3 : Director's Cut". Resident Evil continues to evolve and then "Village" will be released soon. This is the project to pursue the origin of "Survival Horror" again in the world of classic Resident Evil. I'm thinking about ResidentEvil-ness. Why did Capcom declare RE's subgenre is not "Action", "Adventure" or "Horror", but "Survival horror". I have understood the original codes of RE3 and added many new features in concert with them. New items, new enemies, and new puzzles increase the depth of the playing strategy. This MOD requires more observation, consideration, and swift decision‐making than before. I hope a lot of RE fans can remember how they felt when they first played the classic series of Resident Evil.

Thanks for voting and helping Resident Evil 3 Overhaul Mod (SOURCENEXT) on it's quest to become the 2022 Mod of the Year. You are now in with a chance to score some free games from our #modlove collection. Help this mod secure more votes by embedding the widget (or link) we have included below on your favorite sites.

Resident Evil 3(1999) Overhaul MOD "The Lord of the Necropolis" is a major expansion of Classic RE3.
In Ver.1.1, the new ending that I gave up implementation in Ver.1.0 due to lack of my technical ability and time is added. Many other changes have been added, such as expansion of police station, a new route after jumping off the cable car, merchants and so on. The game balance has been adjusted so that more Resident Evil fans will be able to enjoy the MOD. The new skill "tackle" and the new shooting objects "generator"and "flour bags" will be very useful in the early stages.
I hope a lot of RE fans can remember the fear and sense of accomplishment when they first played the classic series of Resident Evil. 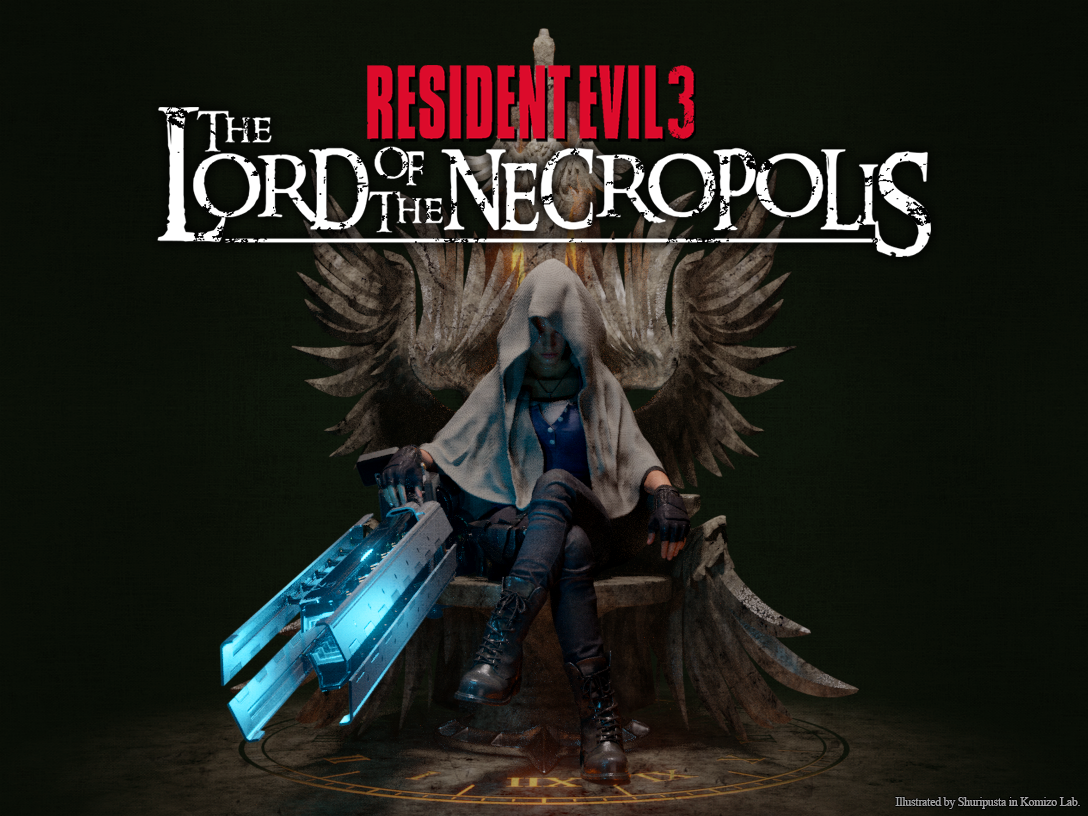 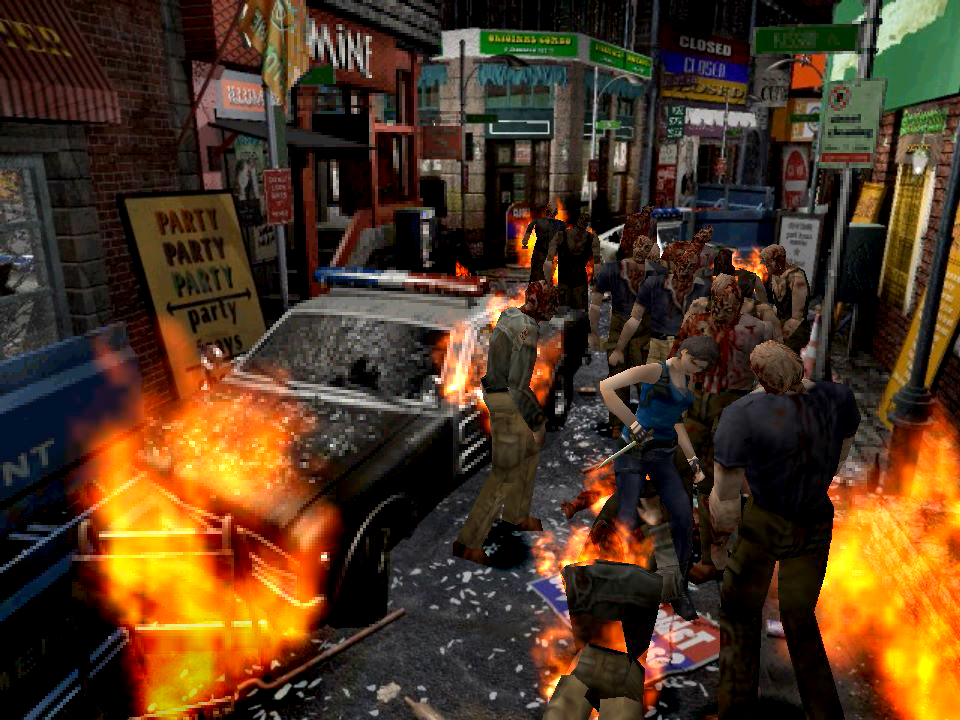 [ Version 1.1.3 (December 30th, 2021) ]
- Increased the frames of invincibility while Side roll/ Side step/ Back step
- Added Rolling Slash / Step Slash (Push "Action" button while avoiding with a Combat Knife)
- Decreased the time it takes to perform Avoidance action with Jill's classic costume
- Changed skin of Mikhail
- Changed Nemesis entry conditions at the power station
- Added guide messages for beginners (Uptown/Boulevard, Boutique road, Dumpster alley, Clock Tower/1F corridor, Hospital/B3F passage, Disused Plant/Drainage canal and so on)
- Change the number of ammo in Uptown/Residential area alley and Dumpster alley
- In Easy Mode, another Combat Knife is available early in the game
- Fixed a bug in which if you changed weapons while the Mayor's statue is moving, the game will crash
- Fixed a bug in which Carlos cannot use Side roll when fighting Nemesis 2nd form
- Fixed a bug in which Good Ending can be seen in Easy Mode
- Some minor bug fixes 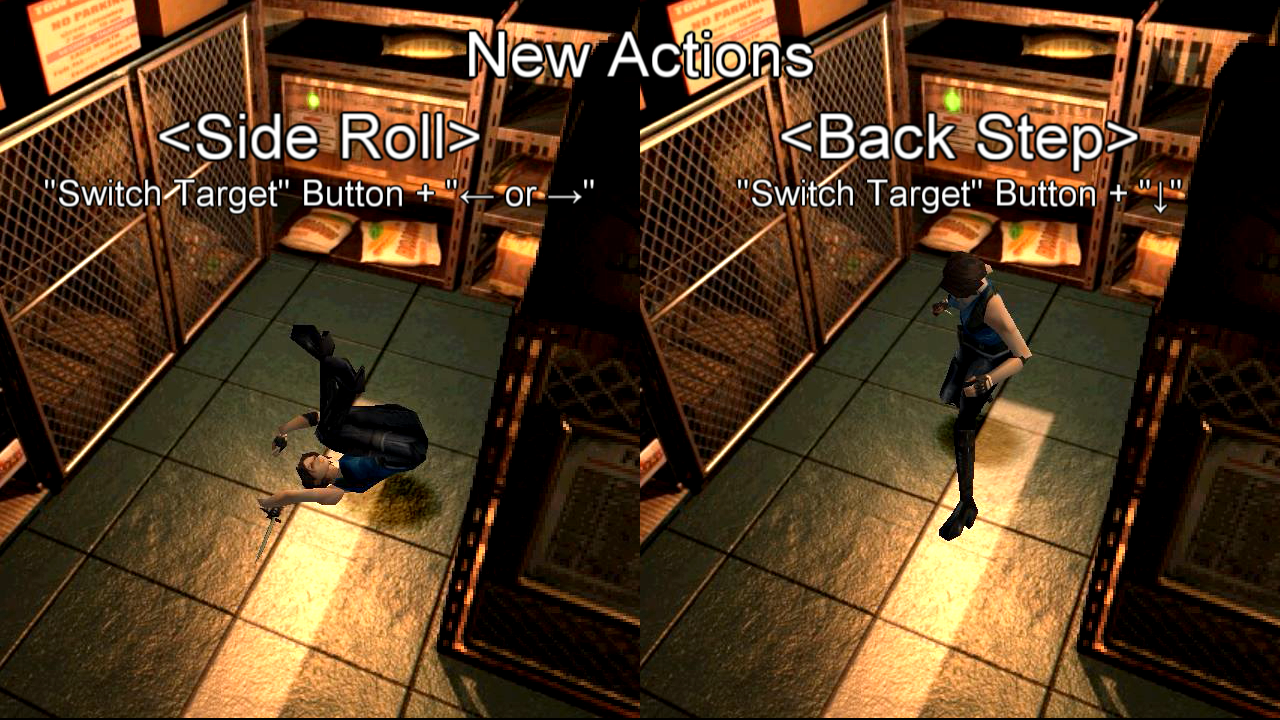 Please note that I assume no responsibility if a problem occurs.
1. Full install BIOHAZARD3 from DVD-ROM.
2. Download ZIP file of the MOD.
3. Delete "rofs01.dat" to "rofs15.dat" in your installation folder. ("...\CAPCOM\BIOHAZARD 3 PC")
4. Copy over "BIOHAZARD 3 PC" folder in the ZIP file to your installation folder.
5. Run "The Lord of the Necropolis_1_1_X.exe" in your installation folder.
6. Start the game from "OVERHAUL" and enjoy playing!
- If the EXE file cannot be opened, change "DisableMovie=on" in "bio3.ini" file.
- If you need English translation, Run "(English)The Lord of the Necropolis_1_1_X.exe".(incomplete)
Instructional Video below.

- You need to re-install if you want to play the original game or Mercenaries again.
- Please confirm the game is started with "The Lord of the Necropolis_1_0_X.exe", or many errors will occur.
- This MOD is not officially compatible with Gemini's "Resident Evil 3 Classic REbirth" patch, but it may work.
Please confirm "Remove doors: OFF" and "Enable Japanese: ON" when using the patch.
Bugs that occur only in the patch may not be fixed.

Please give credits to me when reusing my works for your MOD. I'm profoundly grateful if you share the link to my ModDB or Youtube. I'll get motivated to create new works.
I want to focus on development, so I'm not accepting technical questions related to MOD creation.
After the MOD update is finished, I plan to release technical information in some way. 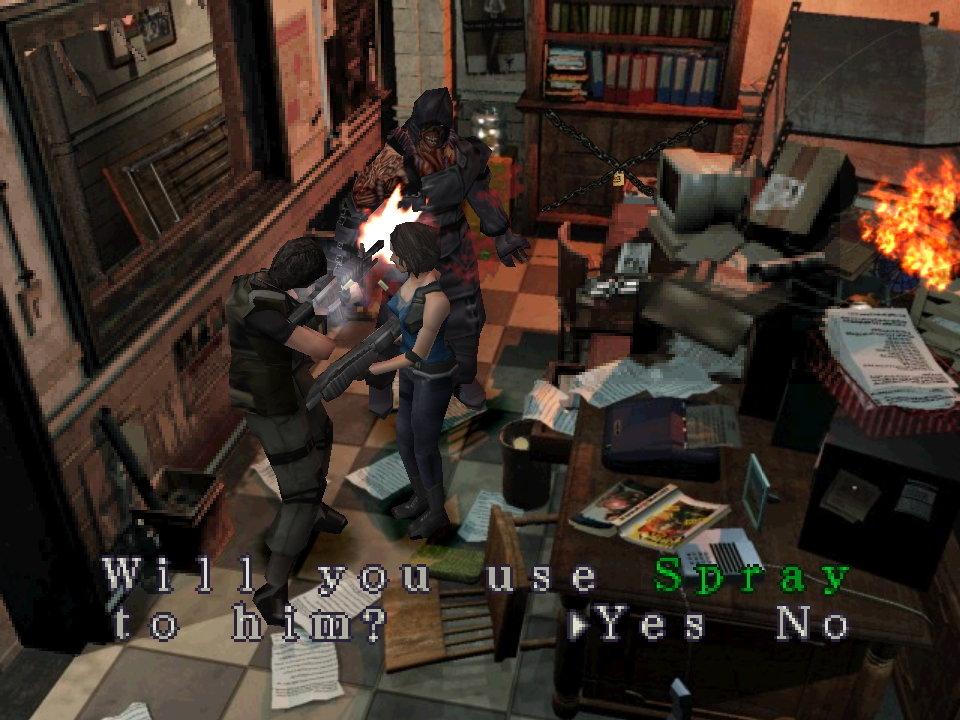 Capcom has announced a new event covering info on their newly announced titles, and since Resident Evil is part of that line-up, here's five mods to practice...

Resident Evil 3(1999) Overhaul MOD "The Lord of the Necropolis" is a major expansion of Classic RE3. In Ver.1.1, the new ending that I gave up implementation...

Wow what a mod 10 out of 10 only issue with it is the graveyard and clocktower puzzles. The japanese words were a little annoying but other than these issues this is incredible job you did here.

Hello there , absoulty loved this mod , but there a bug , for my game . I install sourcenext game from dvd rom , and everything works fine but the weapons parts that are given to me is the problem , i only get eagle part 2 , m37 shotgun is ok but , the game gives me like time the m37 part 2 (from the guy in tent , in the park) and the other weapon boxes.
If anyone got any clue what should i do , i would be very very thankful

hello Komizo. first of all i want to thank you for your amazing work, i love your mods. the other day i wanted to try the lord of the necropolis, but the executable v 1.1.3 is missing, the v 1.1.0 exe is in the zip, and i want to report a few that may be related to the outdated version. hard mode doesnt work, if i choose it, the game freezes, and in arrange mode, after jill bursts out of the car in the beginning, there is no music, and if i choose to pray to the goddess to play on easy mode the game crases. could you replace the executable with the latest version and fix these bugs please?? i would thank you a lot. i really want to play TLOTN
thank you for your attention

hello I have a problem with the mod it turns out that when I load the game and go up the stairs of the police station the game closes I have the mod installed well in the folder and with the files correctly I also put windows xp mode and as administrator but it continues I still don't know what it is due to or what the error could be, if the same thing happens to someone, please answer this message thank you

Maybe as I did with Mortal Night's updates, different difficulty modes would improve the experience for everyone, with varying amount of enemies, health items, etc.