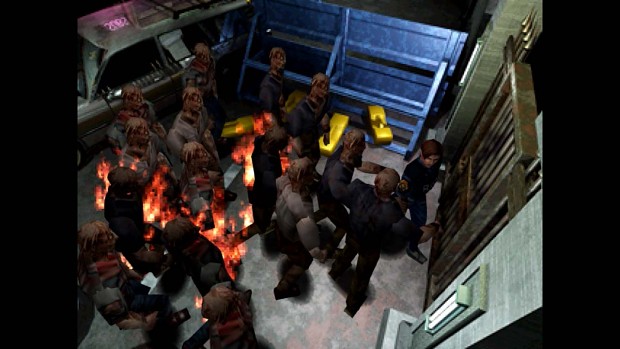 This Resident Evil 2 Overhaul MOD is released in commemoration of "Resident Evil 2 Remake (2019)". The first edition of the MOD was created as a game like "Resident Evil 2 : Director's Cut" in the early 2000s. Introducing advanced techniques, it was revised and finally added Claire's story. The following points are changed. 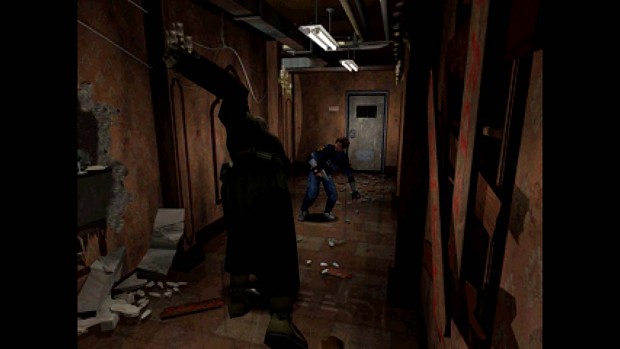 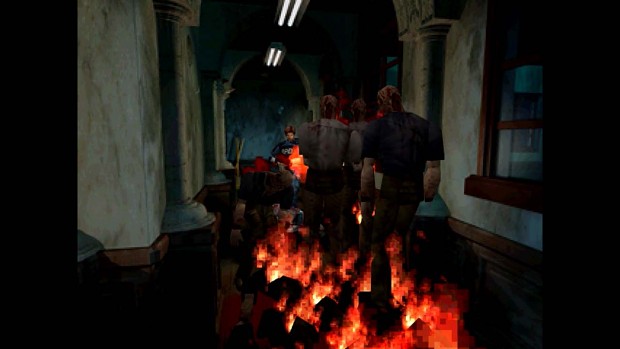 Extra MOD "Mr.X can run!"
Don't install this Extra MOD when you play the MOD for the first time. The game balance will be broken and some cutscenes won't work well.
Mediafire.com

Please note that I assume no responsibility if a problem occurs.
1. Full install BIOHAZARD2 from DVD-ROM.
2. Download "komizo_bio2_202.zip" and unpack.
3. Copy over "BIOHAZARD 2 PC" folder in "komizo_bio2_202.zip" to your installation folder. ("...\CAPCOM\BIOHAZARD 2 PC")
4. Run "toos_ver2_0_0.exe" or "toos(HARD)_ver2_0_0.exe" in your installation folder.
5. Load savedata "The Origin of Species" and enjoy playing!
6. If you need an English translation, plesese install "Resident Evil 2 Classic REbirth" patch of "The Apple of Eden", and start the game from "[Resident Evil 2 Overhaul Mod] - The Origin of Species".

- You need to re-install if you want to play the original game again.
- Please confirm the game is started with "toos_ver2_0_0.exe", or many errors will occur.
- If you start the game without the savedata, the first door won't open.
- Don't save/load when you're playing as Sherry with cheats, or Claire's menu screen will be broken.

Please give credits to me when reusing my works for your MOD. I'm profoundly grateful if you share the link to my ModDB or Youtube. I'll get motivated to create new works.

Description: This Resident Evil 2 Overhaul MOD is released in commemoration of "Resident Evil 2 Remake (2019)". The first edition of the MOD was created...

wanted to say, it´s the best re mod i´ve ever seen!!!
but could anybody tell me how to do the dodge move or the backstep??
couldn´t find any readme about it

The character will automatically dodge/backstep whenever you're close to an enemy and you go backwards.. But you have to be in "Fine" status

Guys, I cannot make it Full Screen mode on my HP Laptop, any ideas on how to fix this please? Thanks ♥️🙏

Great Mod....Here is my concern...After I finish Leon s Scenario 1.7 inifinity Ammo, when Im going to play next scenario with claire, I cannot get in kendo S Gunshop,.Please can anyone tellme how to fix that, or if its there any update able to fix that?...
thanks....

It won't open. The zapping system Capcom applied so we can play B scenarios from cleared game savedata (A scenario) is removed in this mod.. You get Leon's scenario (1.7) and Claire's scenario (2.0), so it works kinda like RE1 does

Great Mod. The best out there... I'm a bit confused, I started on what I think is the standard difficulty and I had ink ribbon at the beginning. But when I choose the easy mode I got no ink ribbons. Is supposed to be like this? I'd thought it will be the other way around

Wow! It seems like this mod is really well done, I have seen lots of good comments and youtubers playing it, I didn't watched the full videos because I plan to play it in the future.

I feel like it will be pretty challenging, ever harder than the Hard mode featured by the PC versions of the game, which I think it's great and perfect!

If Claire/Sherry/Leon/Ada have to die several times, get stucked and you need to overthink things up, Then So Be It ! B-) That builds a satisfying experience

That was what pushed me away from RE2 in the first place, I used to have the PSX version, and it was too easy, puzzles were not challenging and had and overkilling amount of ammo and health.

What I have read about this mod brought me back