Republic Commando: Battlefront is an era mod and map pack based on and heavily inspired by the Star Wars: Republic Commando (2005) game. With a main focus on gameplay, it aims to expand both the single and multiplayer experience. 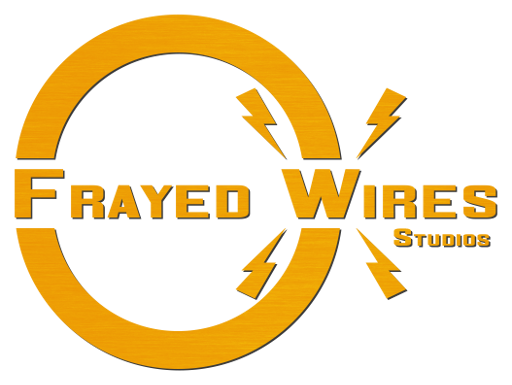 As I have mentioned before, this project all began with a simple map called Republic Commando: Extraction, which was released in late 2010 nearly a decade ago. 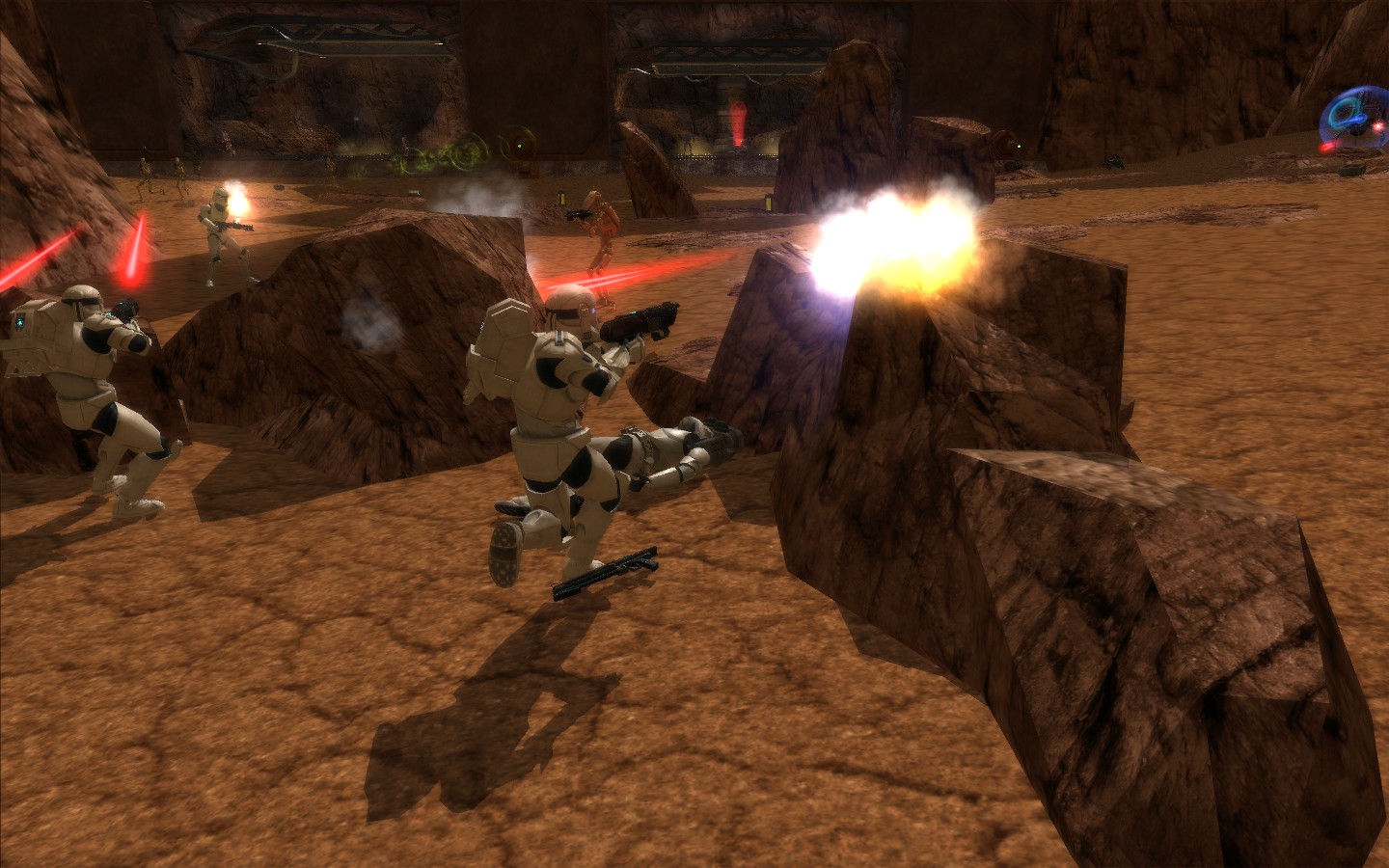 But the project started to take form with the release of RAS Prosecutor: Hangars in late 2011, the Kashyyyk: Depot campaign beta in late 2013, and the "Blood Gulch-inspired" Alaris Prime: Gorge map in late 2014. 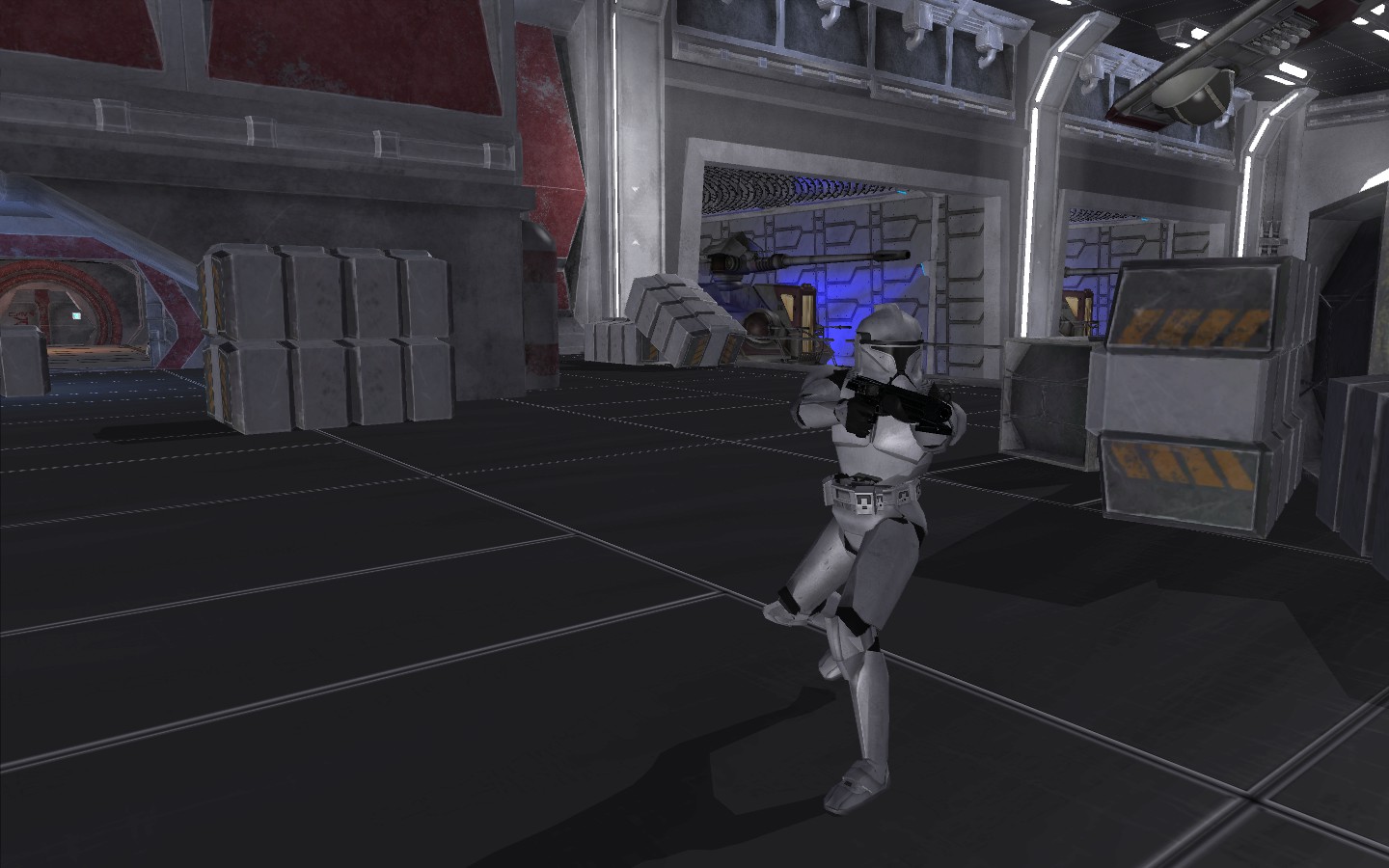 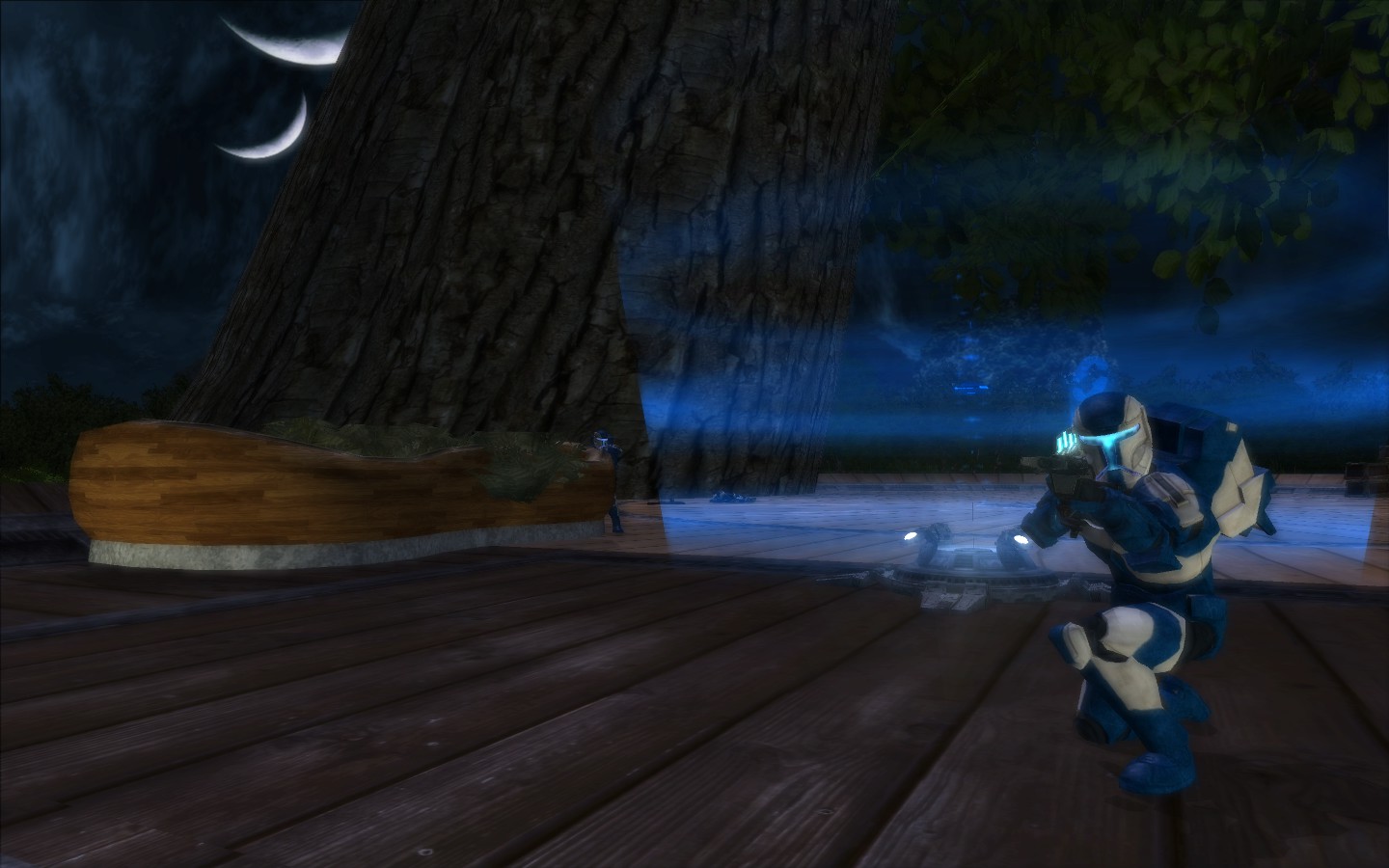 The mod takes great inspiration from the Star Wars: Republic Commando game, focusing primarily on gameplay, especially the teamwork aspect of clone commandos. It's not to say that there aren't inspirations from other games, a sprinkle of originality, and/or attention to details and visuals as well. 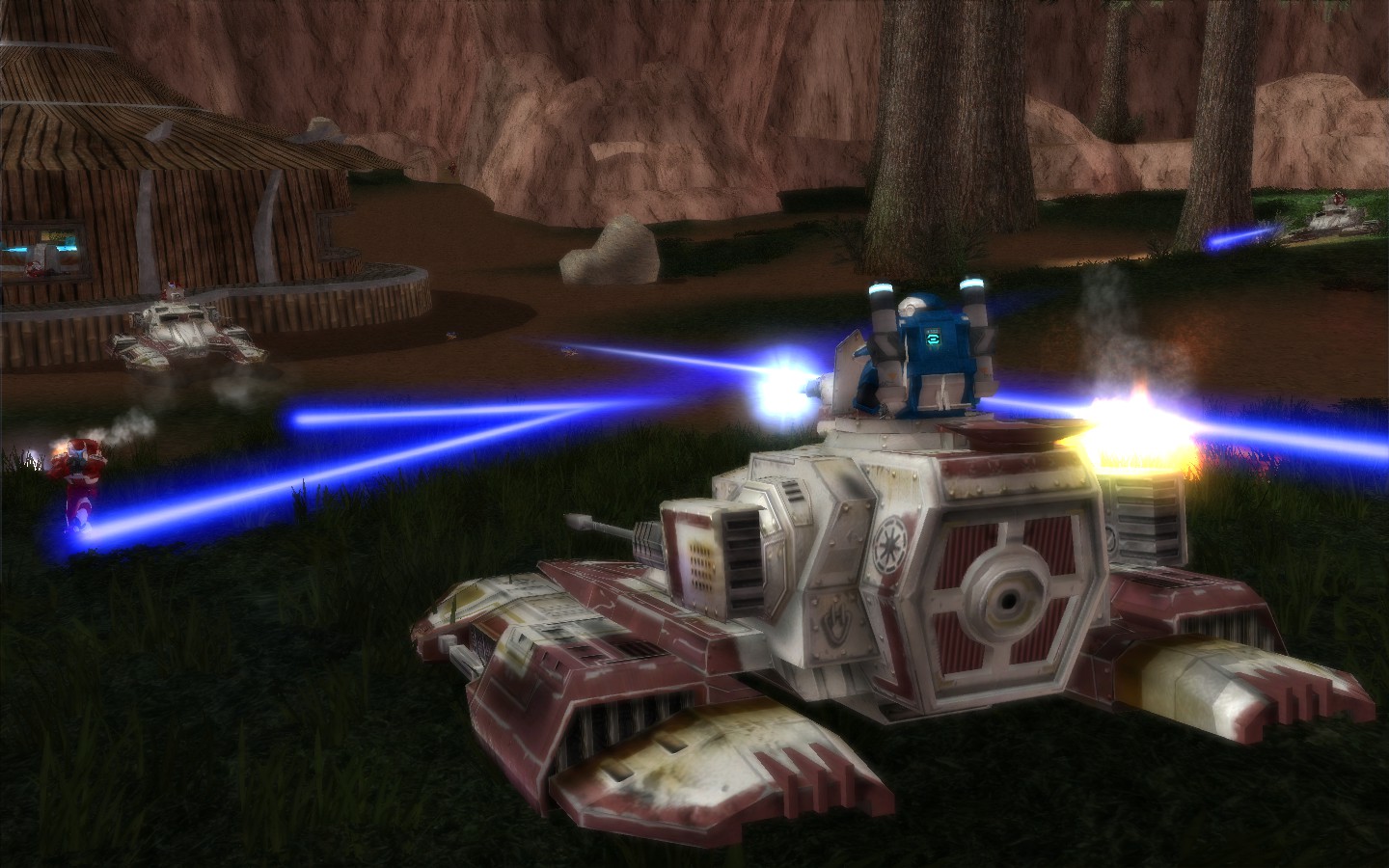 Throughout the course of this mod's development, there have been long hiatuses due to either lack of motivation or technical setbacks. In this time, other Republic Commando-inspired mods came to be. Confusion arose with many things, and comparisons were being made. My ideas were questioned, and it seemed I was accused of not being original. 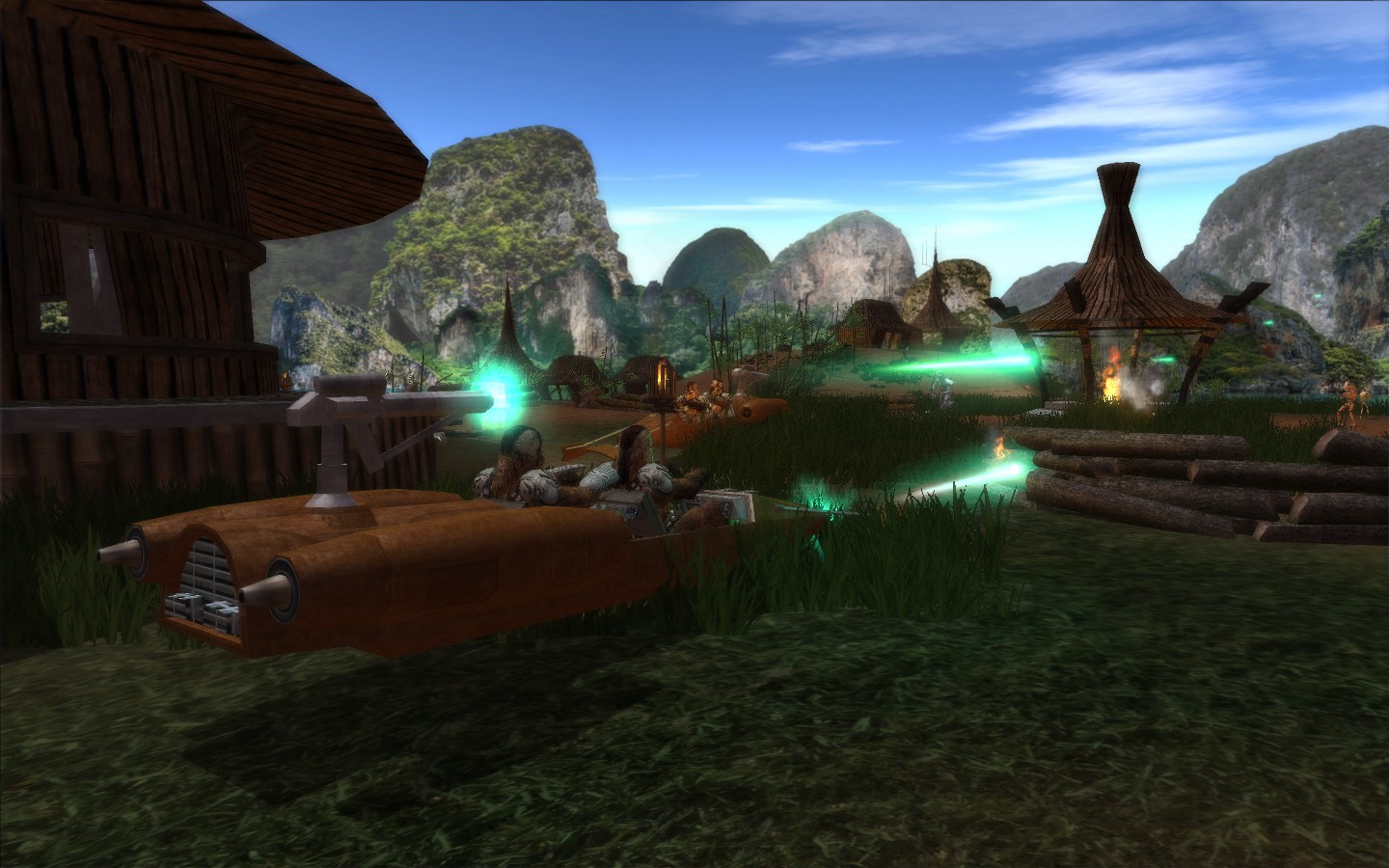 However, I think I've played Star Wars: Republic Commando one too many times to know what it's about and how to translate its premise into a mod for Star Wars: Battlefront II (2005). The clone commando isn't your run of the mill grunt. They don't participate in galaxy-conquering massive battles as infantry or pilot starfighters in the droves. They don't do well against overwhelming odds and menacing enemies because they're super soldiers. It's because teamwork is key to their victory.

Republic Commando: Battlefront expands the single and multiplayer experience featuring 5 playable factions and 5 new and/or improved maps. Playing it is as simple as downloading and running the installer. See the file's description and/or the readme file for more detailed information.

Thanks to everyone who've made this mod possible. Happy April 1st!

This mod is scheduled to be released in a few days on April 1st. And no, it's not a joke!

This mod is being actively worked on again after a four-year hiatus!

Version 1.0 of the Republic Commando: Battlefront mod has now been released! See the description for further information on background, requirements...

how do i play this? i install the program but i dont find it

It doesn't work for me. I ran the RepublicCommandoBattlefrontSetup_v1.0.1 and when I finished I ran the game but nothing changed. :C

I was able to figure it out. For some reason the mod makes a new GameData folder inside GameData. I had to take RCM out of the new GameData and move it into the addon folder.

Just a question. On the kashyyk campaign mission, besides your character and the sev model, are the commandos suppose to be the basic white or have delta squad's markings? thanks in advance if someone could answer. Amazing Mod :)

That is correct. The other commandos shouldn't have Delta Squad markings.

Did someone say Death Watch?

Yeah, it should be.

I apologize if I'm doing something wrong, but I cannot launch a multiplayer match with this mod without crashing, neither can any of my friends. I've tested it with only Anakin's HD Remaster mod installed, so that would be the only conflict if there is one.