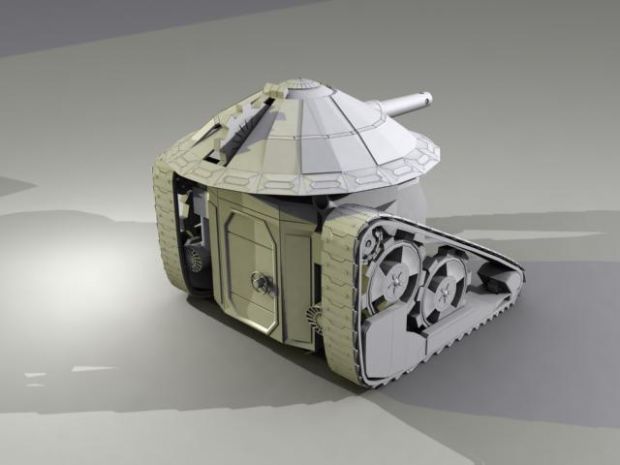 From all Allied-donated equipment in the first Great World War, none was more old, ingenuous or ridiculously laughed off than the simple British-designed Henders main battle tank, which masses of this vehicle were transported to Singapore and left there in order to make room for the more modern models of the time, leading to a conclusion, at the least in the eyes of an idiotic person, that Singapore was nothing more but a dumping ground for forgotten Allied vehicles. However, in spite of the Empire of the Rising Sun's pressure and the invasion of the brazilian Forth army from orbit, several abandoned equipment were secretly recovered by the newly-formed SLIM from the Republic of Singapore's warehouses to be recycled and it's metals melted into a new formed battle tank. Results of this "stealing" were seen weeks later in the sight of the number-dependable, but durable Go Vu Main Battle Tank.