Exclusive Korean-made content released with Urban Operations and Take Down is included coherently and does not override nor contrast with the main Rainbow Six content. For the first time, all Korean text from Take Down has been translated to English and the Korean-made missions form their own campaign, separate from the main Rainbow Six experience.

I'm glad to announce a new release of Rainbow Six: Black Ops 2.0. Months have passed since the last release in January 2022. A great amount of bug fixes and improvements are part of this latest release, alongside welcome additions.

Here below you'll find a comprehensive change log since the last January 2022 update: 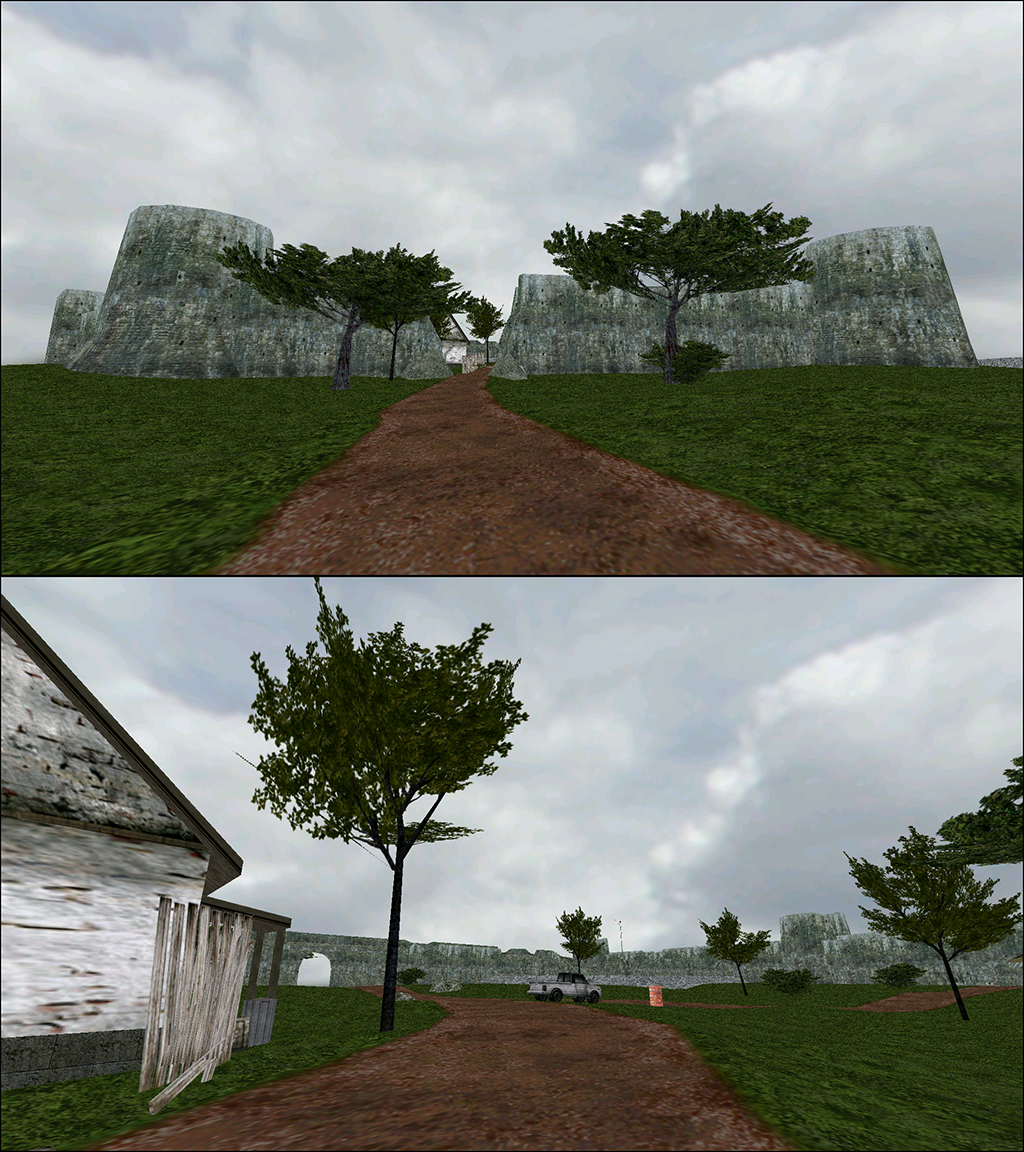 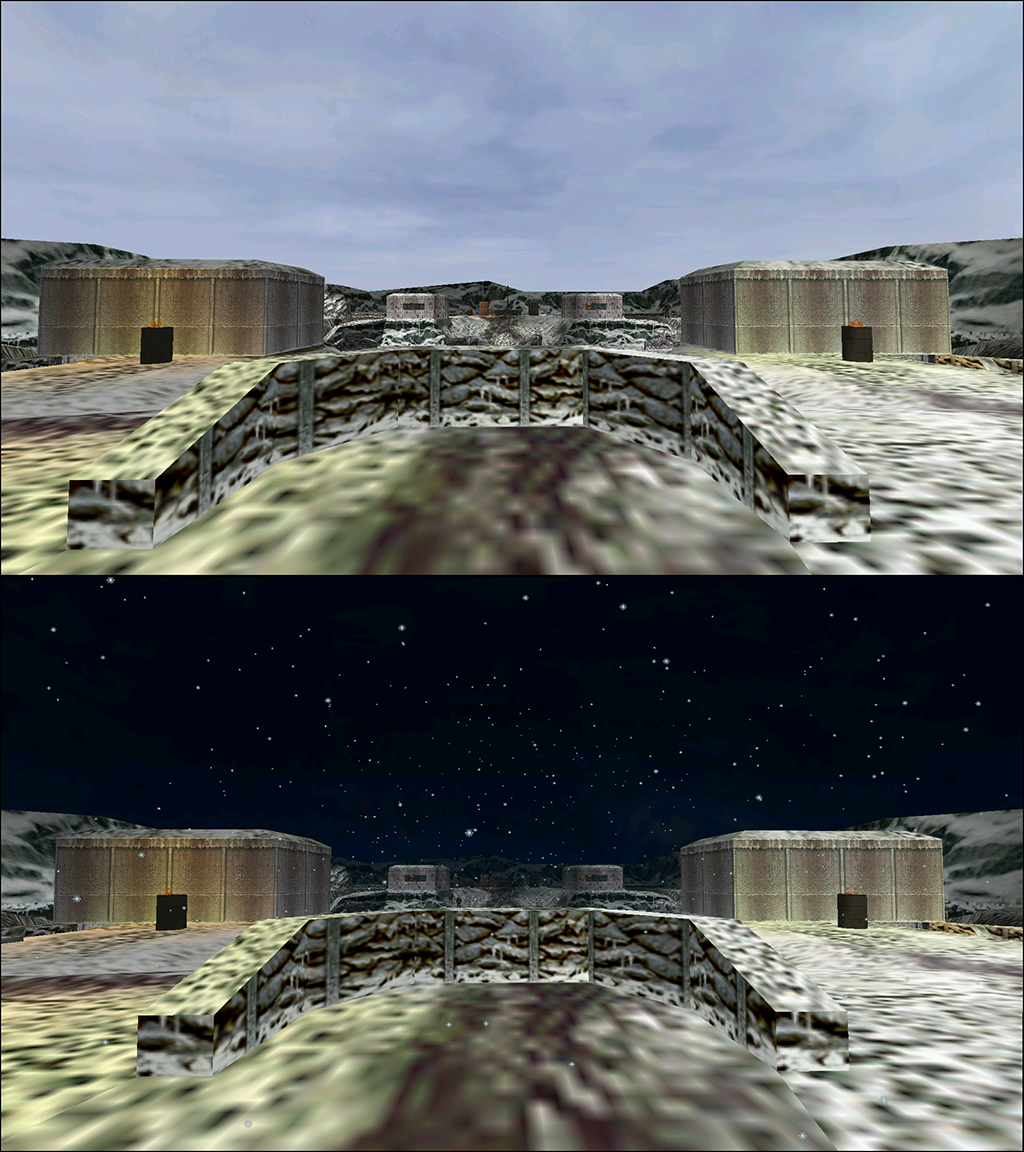 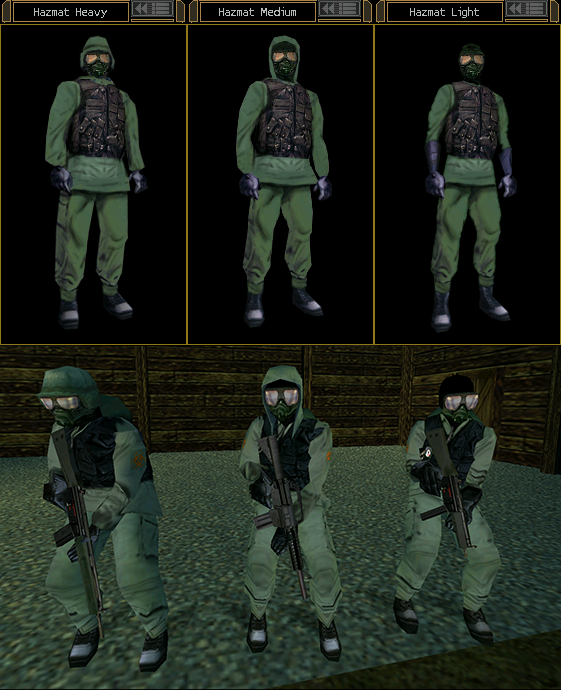 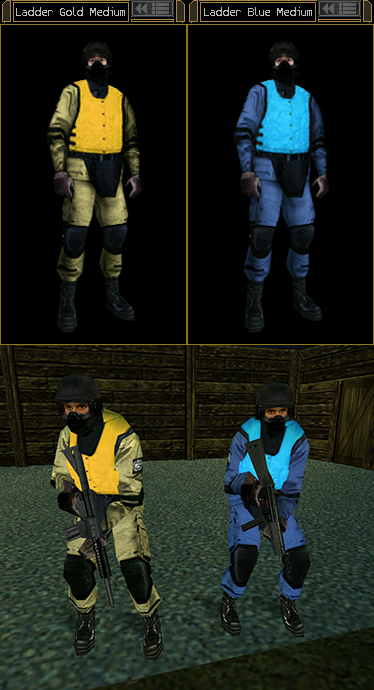 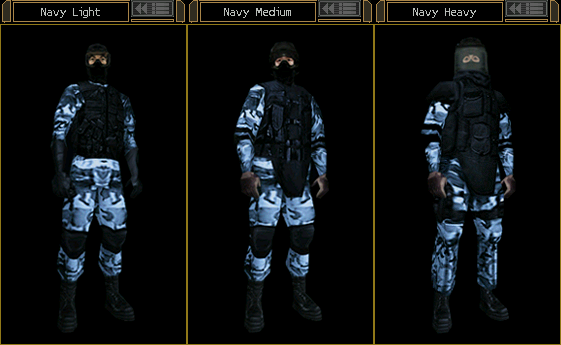 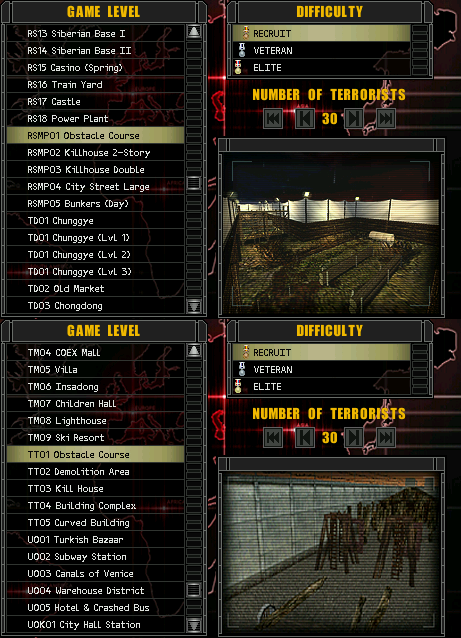 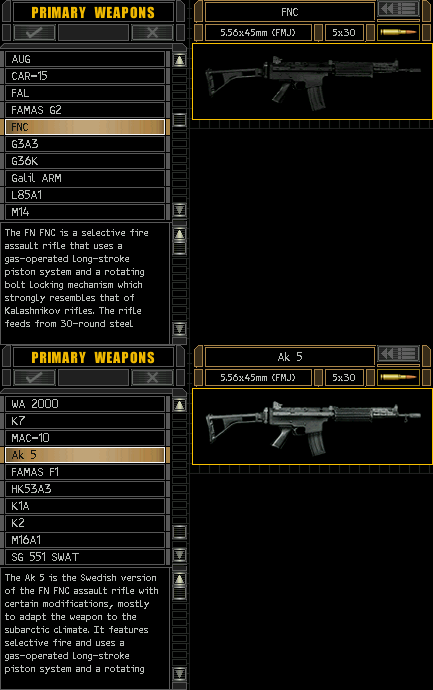 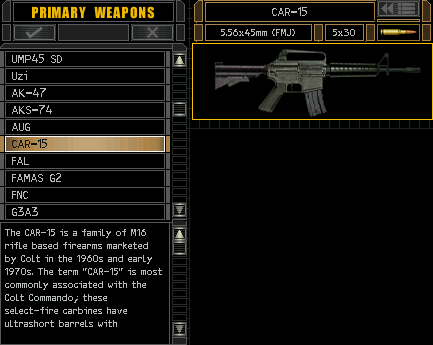 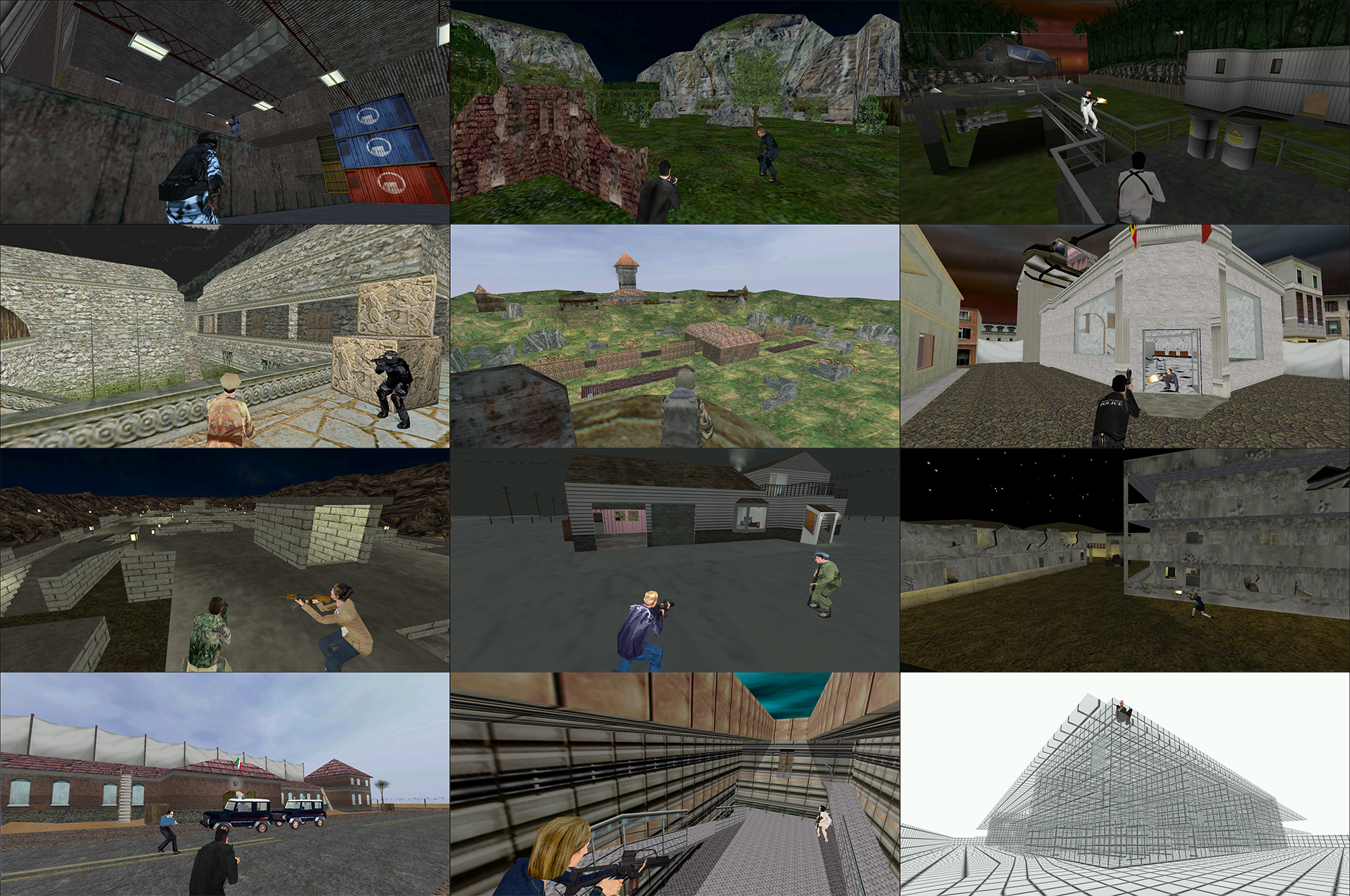 If you have a previous version of the mod, you must remove it completely via uninstaller before installing this new one. Make sure to manually remove any remaining files, but remember to make a backup of any save files you might have. Clean installation is mandatory.

Moreover, the mod now has an official Discord server where weekly online events will be organized! Make sure to download the separate MP Extra Mods package for playing in those. Link to the Discord server: Discord.gg

Extra mods for multiplayer to be used on Rainbow Six: Black Ops version 2.0.

Excellent work on the update all however a couple of things:

-Windows 11 has definitely broken this again; with all DDCPT versions I'm getting glitches all over the place. Works fine on W10

-How exactly do you get the outro/win videos to play? I loaded the R6 UI and get the intro but when I complete the final Brazil mission there's no ending video, although I branched the campaign to do it. Do you have to play through each game sequentially to see them?

For Win11, download the latest version of the DDrawCompat wrapper, rename the .dll to ddcpt.dll and replace the old one. I'll re-release the full package with the fix included sometime later.

There's no ending video after the OG R6 campaign simply because it's not possible to have it. The game is hardcoded to have just one outro video that is played after the last mission of the campaign. You cannot have outro videos for missions in between. To separate campaigns is not possible, the game is hardcoded to feature a maximum of two without issues. If you add a third, the menu crashes to desktop.

Random question, is it possible to hex-edit a model to load another texture? Say, an enemy with different face/outfit?
I'm not requesting, just asking if such thing is possible.

You don't need to hex-edit, you can change skins for each character 3d model via Skin Graft, a third-party tool which is included in the ISO you download. That's how I created additional R6 uniforms for instance.

Hello Menrva, Firstly thank you for this amazing mod. Im 10 years old again! Your hard work is hugely appreciated. Just one little thing. For some reason on my system the intro video doesn't play. It just goes straight to the main menu. Only a small thing but would you have any idea why this happens?

I've heard the same issue from someone else and I cannot figure out why it would happen. It may well be system dependent. If you have any custom video codecs installed, those may create conflict or fix the issue somehow. I had installed K-Lite Codec Pack on my system and after some edits to its settings videos play alright.

Thank you ill look in to this

Hi, I have recently tried this mod. It's great overall except a few hick ups.
I want to ask a question regarding enemy accuracy. I know that the old school rainbow six games especially the original and rogue spear enemy ai are tremendously accurrate at shooting. Is there any way of tweaking that? I have noticed in the patch notes you have mentioned that enemy guns can have different stats. So if not enemy accuracy then may be reaction time or weapon recovery can be tweaked. I am asking for campaign missions. As for now they are very accurate from a mile away and very quick to shoot. There is a mission in subway in Takedown where I got shot from almost the other side of the map. It would be really good if I can tweak it somehow.

Hi! Indeed the last version of the mod separates terrorist AI weapons from those of the player. Weapon files for the terrorist AI all begin with the "tw_" prefix. Due to health issues, I haven't modded them yet. In theory we could make such weapons more inaccurate and/or with slower rate of fire. However, reaction times seem to be hardcoded, no way to make the enemy AI "slower" so to speak. As for their line of sight, that could be tweaked in the mission files, there's a specific parameter for that. Take Down missions are generally much harder. Before tweaking the LOS, I'd rather give a try at editing weapon stats first.

Thank you. I checked out more. The terrorists value has to be tweaked. In the mission winter hawk from original Rainbow six, I got shot from the other side of the airfield through a window. I am not making it up, trust me. I'll try to tweak those files you mentioned.

That mission you mention originally had a line of sight value of 10000. In the May 2022 release it was changed to a more reasonable 4000, IIRC. There's an enemy sniper on that mission, he is the one that shot you through the window. Not much can be done on that end. Winter Hawk is one of the worst custom remakes of the R6 maps; it uses the same mission file for all three difficulty levels. In theory I could remove the sniper and replace it with another terrorist AI.