It pains us to write this, but it's come to the point where everyone involved with Overturn has agreed the project is cancelled. But before you read any further, there is a positive outcome from this decision:

Most if not all of the Overturn content will be released for our fans.

How did this all start?

In late 2009, Overturn started out as a simple map pack with simple reskins to spice it up a little bit to make it different. It was just Joebama (Joe) and IngSoc (Rafael) working on the project at this point until late 2010. After some thoughts, we both agreed that Overturn would be even better as a mod with some custom monsters and weapons. This is when Joe met Eukos (Marco) and then known as TheCoolGman, Xylemon (Gethyn). After a brief test, Joe brought Marco aboard to help out with the programming aspect and Gethyn to help out with the level design. For awhile, things seemed to be going forward for the whole year of 2011. Then, disaster hit. Rafael's hard drive failed, and we lost many of Episode 1's maps. However, we were still determined to get the first episode out. We even remade many of the maps that were lost! Marco left shortly after the new year of 2012 to get involved with another project and Joe was forced to either find another programmer or learn programming himself. Joe played around a little bit with the code but only managed to make the semi-auto shotgun work. Things were at a stand-still until late 2012 and early 2013 when we brought ash_link (Taylor) aboard. Things seemed to have been looking up at that point for awhile, but then Rafael was interrupted by personal issues and was unable to be around for most of the time. We shifted our interests towards a multiplayer demo rather than the first episode so we can at least get SOMETHING out for the fans. Because we felt that we could not finish the first episode without Rafael, but could at least finish the multiplayer. In late 2013, Taylor had to leave the team due to personal issues and we were back at square one again. Though, not long after Taylor left, cfMarc (Marc) filled the void of the programming section for awhile and did a lot of the weapons you'll see in the build as well as part of the broken KoTH gamemode. Marc also left shortly after the new year of 2014 (See a pattern?). Surprisingly though, Marco came back to attempt to finish up the codebase and gave us an ultimatum: We needed to downsize the mod in order to be able to get anything done. At this point, we were starting to lose interest in the project. Unfortunately, this advice was mostly ignored and we actually thought about switching engines to revive interest in the project, but it didn't work out in the end. Joe tried to keep the project updated by himself with some assets he posted to satiate the hunger for updates, but they were empty updates. Joe was just beating a dead horse at that point. Things were quiet during the rest of 2014 and 2015 due to lost interest and Rafael being gone. Now fast forward to 2016. Rafael is back, but he lost interest in working on the project. And who can blame him? Six years of work and nothing to show for it. That's when we decided, as a team, to put the last nail in the coffin. We declared it dead amongst ourselves, but didn't release this info to the public at the time. Now we are, and we're releasing all of our work that we have to the public. We hope that some day, someone will come along and finish it up for us. 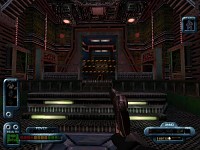 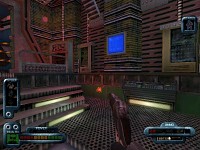 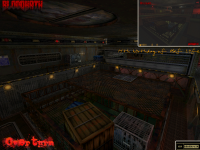 Like most Half-Life modifications, Overturn lacked a dedicated coder and to do what we wanted to do with Overturn required code (new weapons, game modes, NPCs, etc). Overtime, the main developer behind Overturn started being unable to be as active online due to personal matters. Without him, the mod really can't progress. We could have perhaps tried to finish the multiplayer demo, but everyone has moved on to other larger projects or is busy with life and so forth.

We feel at this point, it's better to release the project rather than let it sit in "development hell". We are releasing as much of the source code and content as possible for you, our fans. We won't spin it, for it does suck that Overturn will remained unfinished. However, we hope you'll get some enjoyment out of the content that was created. If you're ambitious, have the time and skills, perhaps you can finish what we failed to do.

Again, it blows that Overturn isn't being finished, but at the very least a lot of great memories, content, and lessons came out of it. And so, in light of all the issues that have prevented it from being finished, we pass the torch to you. It's been a chaotic six years, but Overturn and the memories will never leave our minds and hearts.

With the recently launched CS:GO stickers we decided to submit a few to the workshop!

Hey there! It's been a while since our last news post, and we wanted to get you guys caught up.

We at Bloodbath would like to introduce you to our new coder, cfMarc. You may know him better as the creator of the groundbreaking Half-Life mod, ClusterFunk...

This time we are really about to release a demo, and it's sooner than you think!

This is the last playable build from the 2016 SVN, this build has been split from its original archive to make it easier for those who just want to load...

This is it here folks! The full development repo for Overturn, now available to the world!

The model viewer created for and used by Bloodbath Software.

The full source code to the last build of Overturn, was split from SVN archive for convenience.

This was our lossless renditions of the tracks. Since they are huge in file size, we split the archives so downloading Overturn itself wouldn't be such...

hi
i have question.
can i use weapons source code for my mod?

The source code is out there for anyone to use. So, yeah.

Soo... uhh.. no playable pre alpha or anything? That sucks.

It's included in the full copy.

Because it's the whole development folder for the mod?

Could we get it uploaded separately? I don't want to download 3Gb's of data.

It has been done.