//And through my work, i will always be remembered, and my existence remains eternal. Non Omnis Moriar.//

My custom story like project for AMFP, a visulization of what i think the Machine for Pigs' gameplay should have been. It continues the original game's events in a parallel timeline as a detective's case story. The mod was first released in September 2015, 2 years after the release of the original game. It keeps the atmosphere of the base game, but focuses more on terror, restores interactions and brings back harder puzzles and the challenge the original game lacked a bit. I'm aware i re-used some structures from the original developer maps, but the thing is intentional, the main point of this mod is to give a picture how i imagined this sequel to TDD could be any better.

DEMO Review (at the bottom): Steamcommunity.com

First, here's a video for the occasion on my youtube channel!

I spent the last 4 years playing a shit ton of Dark Souls 3, which inspired my design and storytelling style a lot, while providing a fun time. My recent creations are heavily inspired by the whole series, so i thought why not do the opposite, and inject some Amnesia into a new run for the lolz. I might continue it if people like it, and i feel like doing so.

More weird stuff, my only (and all in all the only) AMFP mod is getting an update soon!

I decided to remaster my old maps from my previous mods, but this one has too much content from amfp to include them all in the release of a TDD mod in my opinion, so i decided to give it an update instead. 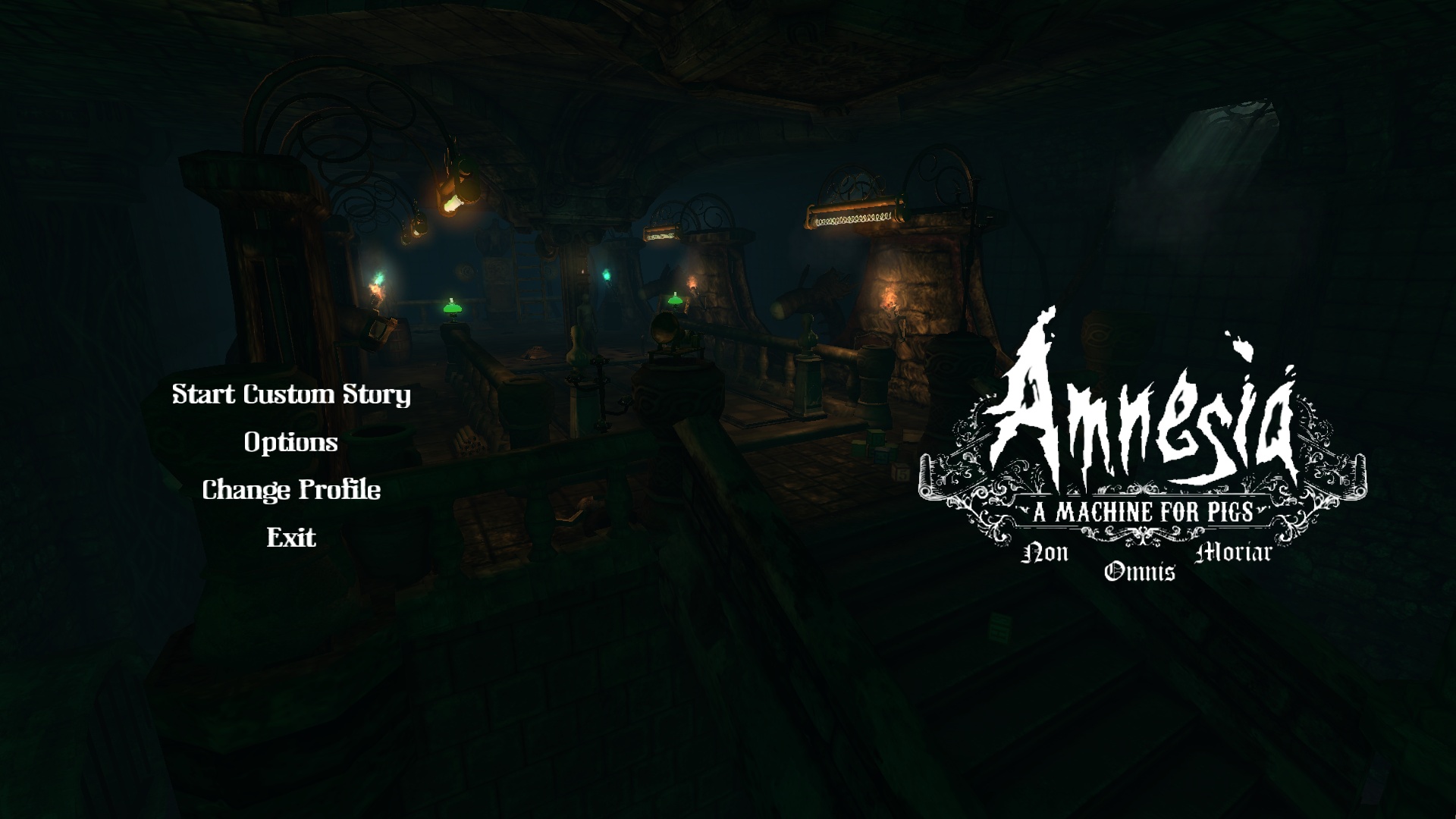 I created a menu and improved upon some aspects people didn't like as much, and it is now an ISOLATED full conversion mod. Thanks to DarkFires for that one!

This might not even be my last mod for AMFP! I'm planning to branch off some small stuff that i find unfitting for Quartz and Cordite, with some concepts i liked but have no space for anymore. Small releases such as these will come as part of my Black Eagle Tavern tales series, below

Also i'm now into porting rebirth entities, some smaller props are already in my assets, and i've recently released the TDD version of the lantern.

The mod started as Slaughterhouse now the final name is decided, and the mod splitted into two halves. The smaller one is now Non Omnis Moriar which basically...

It's been a long time since i updated this mod, but i can say for sure, the final release will be finished this year! Details about it in the description...

The demo is released on the 6th of October, development of the final version will continue. It is likely that it will only be finished in 2015.

The 1.2 version of the mod, can be considered final. A smaller fix might arrive later if needed. Report any bugs so they might be fixed in this upcoming...

The Glowworm Lantern is a more realistic retexture of the original amnesia TDD lantern with the machine for pigs hand model, bloodstains, and a purple...

Installation instructions in the readme! READ CAREFULLY! Don't forget to rate and comment (if possible under this page, not on the main mod's).

Since Amnesia A Machine for Pigs and Amnesia The Dark Descent have the same HPL engine except for a few changes, is it possible to play on the Dark Descent?

In one word, no. The scripting is different in some cases, i made it using an installation where everything acts like in the AMFP game, and i've included most of the machine for pigs assets in the levels, which i thought would be gigantic to include for a single mod in TDD. Also in my opinion it's a nice bonus for all those players who bought amfp and expected mods for it :) Although the mod's gonna get an update very soon!

I want to restore the interaction of the original Machine For Pigs, so not a custom story, but a patch for the original vanilla game. Do you know how this is possible? Can I just open the maps in Level Editor and then add an interaction function to the objects?

Thanks for your answer.

Hey! Look into the files of my mod, into entites to be exact. I restored many things myself for this mod, the entity files were modified to be non-interactable, i reverted them back. You most likely have to do the same with the things i've missed. Editing original AMFP maps is a chore, some things are stored in cache files, so modification in the editor might not help, and i'm not familiar with those files.

Definitely possible, especially with the source code released, but i don't even think you need to change that.

A very promising mod. Unfortunately I was trapped by a bug very early on. The ladder which should appear here, simply does not exist.

I piled up boxes and barrels until I could reach the top, but invisible walls push me down again, and I can't get out. So that's the end of the mod.

what do you mean exactly? did you not find the ladder that you need to bring there, or when you place it, it disappears?

I didn't find any ladder to put there, and the walkthrough I found on Youtube showed the ladder there; they didn't bring it from anywhere.

the ladder is located among the crates where you jump down through the hatch, it will not just magically appear there.. i hope you will find it as i haven't gotten any feedback before that suggests it doesn't appear :|

This is like the only CS available for AAMFP XD, well done nonetheless and this should be more known.

Ok, how do you made this custom story?

i've created another installation of amnesia TDD, then overwrote and merged the assets there with amfp's. i used the editor on that version to create, and used base AMFP to playtest the mod.

So, you modified the editor?

not the editor, just the installation. so basically every TDD asset that had an AMFP equivalent was overwritten. this way the game was kinda unplayable but it was almost identical to AMFP so the maps i edited there worked 100% like if AMFP had its own editor :)

Amnesia: A Machine For Pigs

A Day In Ravensville Hello Neighbor