[BIG NEWS] Fatal Peek will be bigger than we thought 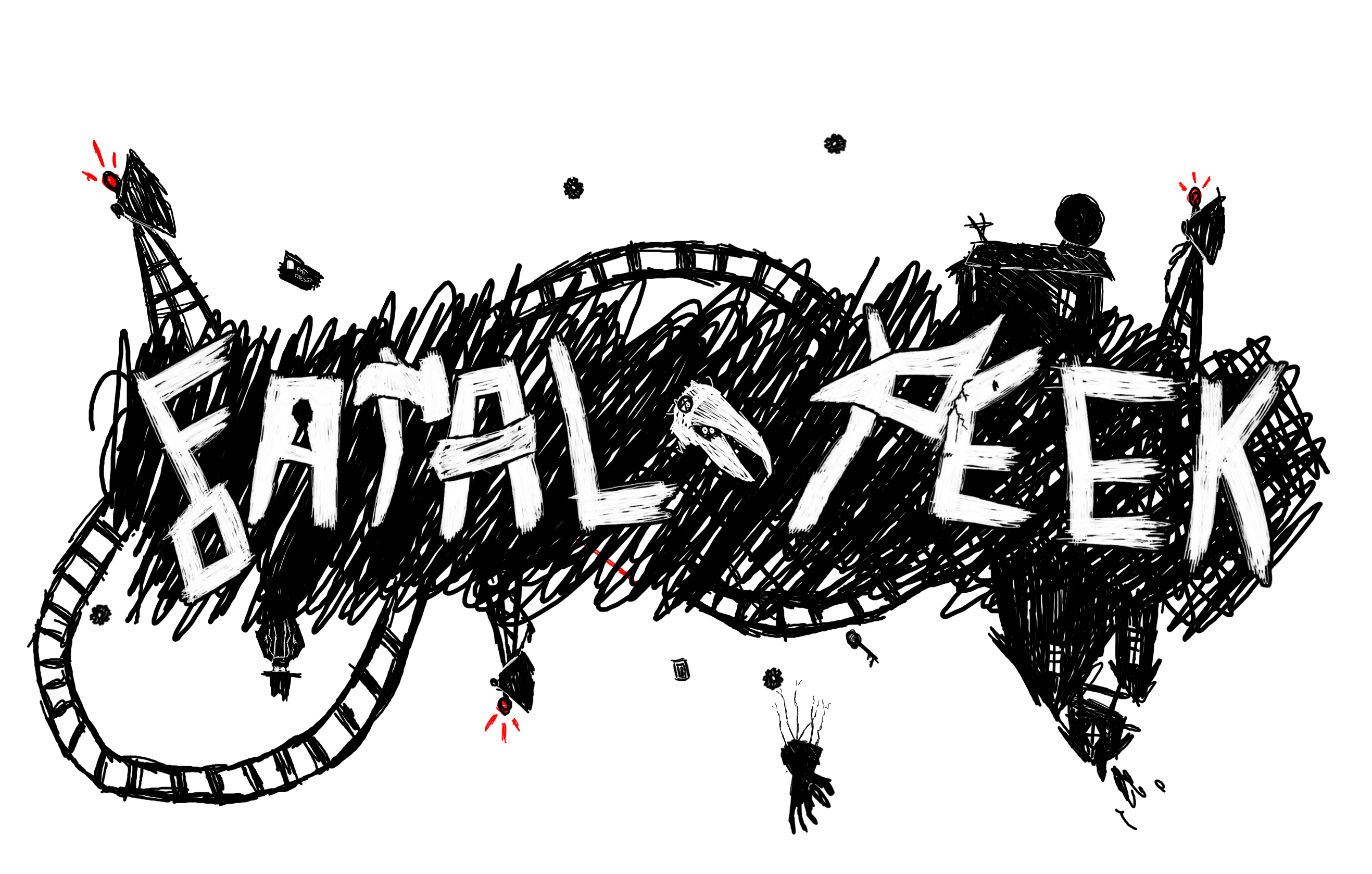 Howdy there, here once again to share some important news about Fatal Peek, and this time they are quite really really important.

Let's start off with the quick things: Fatal Peek no longer identifies as a New Spy Problem Reboot, but entirely as a Fan-Sequel to Hello Neighbor 1. This means, as you've probably noticed from the remaster patch of the Beta/Final Demo, all the uncanny things such as the neighbor killing a kid in cold blood and the edgy dark atmosphere are fading away. The lore is still more or less the same as it is fully based on the books characters and their goals, but with an Hello Neighbor 2/Hello Engineer vibe. What I mean by that is the book-canon characters will adapt to the fan-made places as Ravenhood (Which is now a fan-made zone of Raven Brooks), but they're going to do it just as they would do in an official game:

"What would this character from the books do, if stuck in this situation?"
"Would situations like this happen in the books?"

We also know about the neighbor not smoking in the books, and probably doesn't even drink... However, we think there could be a chance the neighbor begins to do so if really stressed. And in this mod, you can bet he's very overwhelmed by the situation he's in.

Now, I know what you're thinking: What about Peter and Jade? Weren't they part of the New Spy Problem reboot? And the answer is, yes. But quite frankly, almost any new HN game, book or novel features a new character, usually a kid of the town. And they were going to be and always be secondary characters anyway, so don't worry: they are not scrapped (though they're both getting a redesign, not only Peter's ugly face) but they also won't be that important. Honestly, Chapter 1's protagonists were made for a little prologue/tutorial section before the actual events of Fatal Peek (the return of Nicholas Roth), basically a scenario set-up.

But now, let's talk about gameplay. Shall we?

- Let's start by the small things: Anything feels new, even simple things as Doors and Windows were re-programmed. For example, you can now open windows instead of breaking them, to hopefully sneak in the house without getting caught. You can obviously still break them to distract the neighbor, though.

- The full thing will no longer have 4 Episodes split in 2 Chapters, but 6 Episodes split in 3 Chapters. This was honestly not a planned thing, Episode 4's Lore was so important and juicy we had no choice but to split the whole thing in 3 Levels. And since we really don't want to force people to replay over 2 hours of game in case of game over, we needed to fit some level-select button more in the menu. And what better way to do so if not by making them be completely different episodes? Every level feels different than the previous one anyway, and it's a nice excuse to make a third prologue level to help even better the flow of the story.

- Achievements and Secondary Investigations are going to make the mod take more than 6 hours for a 100% completition, depending on the player's playthrough. For anyone who still did not know, yes, the full experience of Fatal Peek will feature Achievements, each one of them unlocks a trophey you can view at the "Nicky's Office" level. More or less the same for the Secondary Investigations: They are basically collectibles, which I like to call "clues" as they're literally folder stocks with evidence inside. They are 8 in total, when collected they get added to a pinboard at the "Nicky's Office" level. When put all together you'll be able to view the entire story of Fatal Peek: from Peterson's backstory to how it all ended. Not only that but you'll also unlock 2 Achievements by focusing on this side-quest! And if you're wondering, yes, it does have a custom save-system to keep your progress -- but there will also be an erase data button in case you want to unlock everything again.

- Gears feel so much funner to look for.
FINALLY, I know right? I gotta be honest, we were kinda procrastinating on fixing that and decided to do it only in Full Game. There now are more gears than the needed amount, and they're also much much easier to spot, and with that I mean even easier than the Demo's Remaster Patch's ones! I am sure this time nobody will feel agony when looking for them, and if it's still too hard (which I highly doubt) you can BET we're going to patch that up right after the full release

- Much better decorations and lightings. I really wanted the level design to feel- official, and that is why I passed that part of work to Al3xGames01, one of the best level designers I've ever met! Now, I promised to myself I wouldn't have spoiled anything about the new level design until the Promos update, but I guess this can be one little exception: 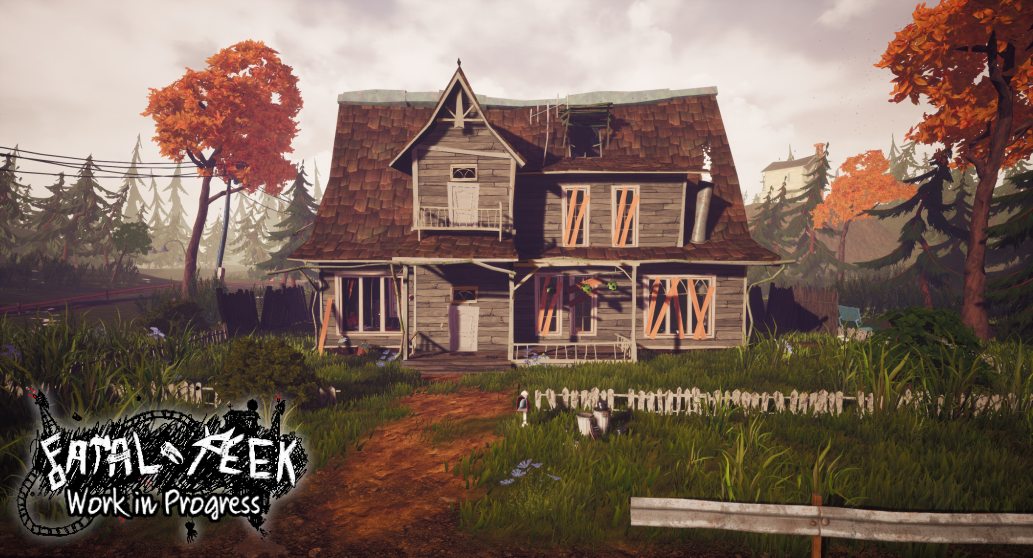 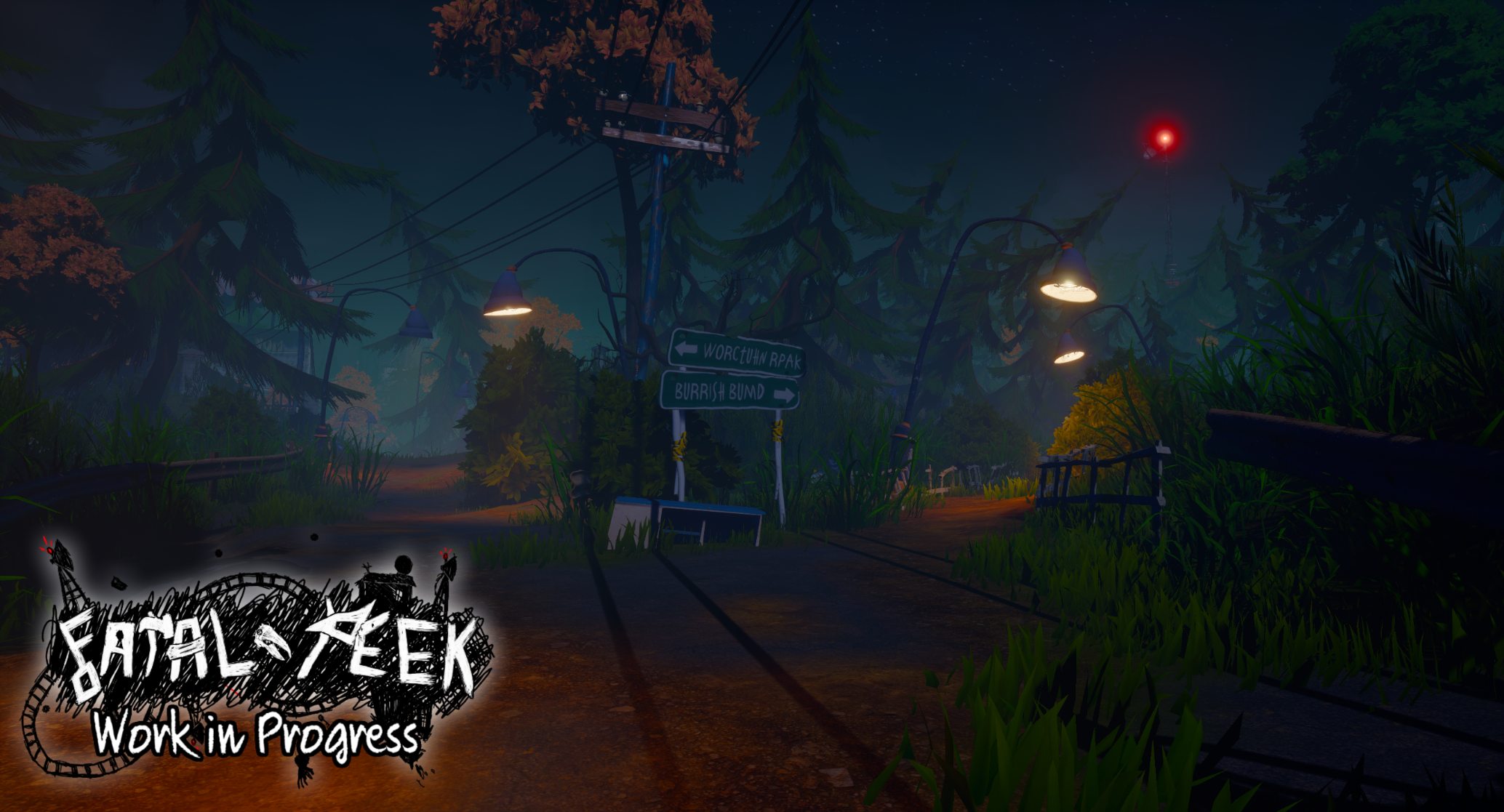 We're also making the HN2 Particles by ourselves for the Final Release while we're at it, but still one huge special thanks to Super House Man for making that kit! It really helped a lot.

- The Neighbor's AI got massive upgrades, again. I'm not going to say much about this one, but I'll just say... No more unfair traps.

- Difficulty Modes. It's been a while since I wanted to talk about this one. There are 3 Difficulty modes to choose from: Easy Mode, Normal Mode, and Fatal Mode:

But hey! Don't you worry about the last one, believe me the gameplay is much more fair than the Final Demo / Beta build. All you gotta do is play your cards right and be stealthy, and we improved the stealth even more now... I should also specify the Difficulty-Select Menu is the first thing that pops up on screen when you boot up a level, so you can always change the difficulty by restarting the level. But keep in mind you'll have to play the entirety of the episode all over again.

Alright! That's all the news I'm going to share for now

We all have huge plans for the gameplay, but also for the Lore. There are characters you'd never expect to see in this Mod, and you can bet they're going to be important (And no, I'm not talking about the Man in Hat nor Ike, though they're canon too)

Our goal is to release the full thing somewhere around November, if that goes wrong we'll release it on Jenuary/February of 2023.

We hope you'll enjoy this project as much as we are enjoying making it!

Lighting Rework (and a few extras)

Explaining the lighting changes (and a few quality things) made to the mod.

Some teasers to go with the next update!

The Street: a Prequel | A Hello Neighbor mod

About mod Secrets next doors

Hello everyone, I want to tell you a little about this mod.

Nightmare You are arrive to a new house again. 1.1

Behind The Basement: Demo 1

Demo1 Of Behind The Basement IMPORTANT NOTE: ONLY ACT 1 MAIN LEVEL IS FINISHED. EVERY OTHER LEVEL IS UNFINISHED. ESPECIALLY THE BASEMENT. TO PLAY, PLEASE...

Nightmare You are arrive to a new house again. Full Version

This version of the mod can be installed in the hello neighbor mod files like all other Steam mods! No more modkit needed!!!

Like i said like my alpha 0.5 mod lol you can record if you want. just enjoy my HelloMountain rip off lol.

Where can I get the hello neighbor mod kit that has the act3 map in it?

I am still working on mental neighbor but i have a picture of the developing! here is the link! C:

It's a pretty good game. I love playing the mods that people create and I also love making my own mods! The cutscenes in the full release are wonderful and the story isn't that hard to understand!