The MIB88 megamod is currently version 2.34. This latest version contains some new content, but mostly corrects errors from previous versions of this mod. Also, the worldmap in this version is larger. See also the Megamod FAQ.

You do not need previous versions of this mod to play. You only need the Megamod 2.34 download. Do not expect previously saved games to work. Please post any problems you encounter on the bug list, so that the author may correct them.

The mod contains the following:

The mod is available in both Eng and Rus, if you can help support future releases contact Dude101 on NMA, or at tomsspam101 (at) yahoo dot com

Everyone that considers themselves a gamer has let at least a few classic games pass under their radar. Games that received such an outpouring of affection it would make you take note: Hey, I should play that game. So you toss the title onto your gamer to-do list, affectionately labeled the "pile of shame" in some circles. Piles that only the most ardent of consumer whores are able to efficiently manage. Most others just push forward and occasionally glance back at the critical darlings they missed along their way and sigh, maybe someday.

So that brings me to the Fallout series. It's one that I'm ashamed to say I've never experienced firsthand. With the newest installment coming down the pipe, I thought this would be the perfect chance to sink my teeth into the previous titles. I'm still getting into the swing of things in Fallout 1 (hmm, where's that water chip?) but I've noticed quite a few shiny mods for Fallout 2. Since my journeys outside of Vault 13 might take a while, I've decided to take the time to highlight some Fallout 2 mods now for any gamers looking to get a quick fix. The following, in no particular order, is a listing of the most worthwhile mods and downloads for Fallout 2:

This mod is actually a compilation of a ton of smaller ones, reworked for cross-compatibility. It includes everything from new locales to new weapons, armor and even enhanced graphics. Check out their profile for the complete list of additions and enhancements. 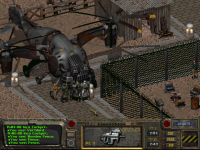 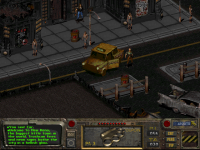 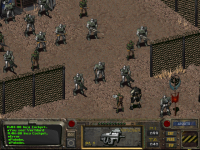 The Restoration Project functions as an expansion that builds on unfinished content left within the original game:

Killap wrote: The purpose of this project is to add back into Fallout 2 all the missing content (locations, NPCs, items, etc) that were pulled or left unfinished in the original game. This expansion attempts to stay true to what made Fallout great and thus the new content you find is not something I felt that would be cool to see, but rather a reality of what the original devs wanted. I admit that I had to make some judgment calls here and there, but 99% of what you will see is something originally thought up by the Fallout 2 devs. 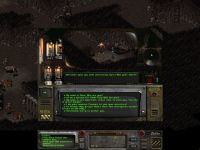 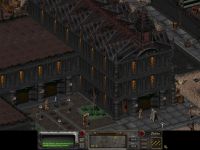 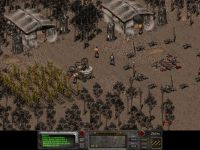 This mostly completed trilogy (WM3 only has a demo listed) features a campaign separate from the original story. Screenshots also depict some heavy sci-fi weaponry.

Haris wrote: What the mod is about: In this mod you are not the chosen or vault dweller, but a simple mercenary warrior that goes around the wasteland looking for missions/jobs. All missions/jobs are redo-able and are intended to be done multiple times. In this sequel of Wasteland Merc we have taken MMORPG elements to the max in the fallout 2 setting. You are forced to balance your skill points between crafting skills (outdoorsman, repair, science, doctor), thieving skills (sneak, lockpick) and combat skills or you can't make it that far. 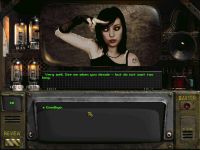 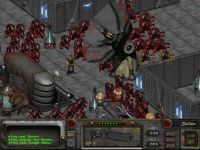 Originally created as part of a trilogy of mods, Shattered Destiny adds a new main quest brimming with over 3500 lines of new dialogue.

Lexx2k wrote: The modification "Shattered Destiny" is the first of three chapters, that (I hope) will bring back the old Fallout 1 feelings. In this mod, the player isn't the vault dweller or a chosen one, the player is just a guy like you and me in a post apocalyptic world that has been tortured over the years... 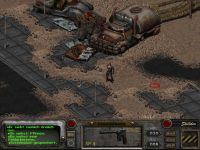 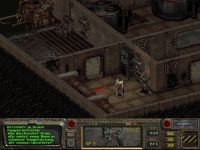 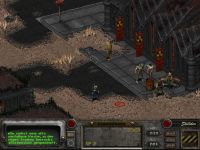 Last but not least, no customized Fallout 2 experience would be complete without the following (listed in the downloads section for Fallout 2):

THe mod MIB88 has been working on for years, adding new content to Fallout 2. Make sure and run ProcessDat2.exe before playing, not doing that will cause...

THe mod MIB88 has been working on for years, adding new content to Fallout 2. Make sure and run ProcessDat2.exe before playing, not doing that will cause...

The MIB88 megamod is currently version 2.34. This latest version contains some new content, but mostly corrects errors from previous versions of this...

I'm sure most know this by now, but the version of this mod on Moddb is very outdated. If you want to play the latest version of the Megamod, either go it's forum thread on No Mutants Allowed, or click on the homepage link on this page.

The very first level is bugged. There is no plastic explosives in the vase, it's replaced by 3 cans of food. My guess is one of the mods messed with item codes and got it wrong.

Edit: I would normally delete these types of comments if I was just an idiot, but I think it's important for everybody to see why you have to read EVERYTHING in the Readme, changelogs, etc, and not just skim over it and say "I read it"

It says dat replace.text not found after i clicked on ProcessDat2.exe, what does
that mean, will i be able to play it without problems?

How do i get this working with the new Steam version?

I can play it but it bugs out when using this mod with the current steam version and the resolution is messed up.

It wont work on 2650x1440, 1200p or 1080p. I can set it at high res but it's all blurry and can't make out anything. Would appreciate some help because I really don't wish to start a new game without this awesome mod on high res.

The way I got it to work on the Steam version was to play it in classic mode; with the new Steam updates, when you click of Fallout 2 in your game library, it will ask if you want to play the new version or the classic. The new version had blurry font and resolution problems for me. Choosing classic solved those issues.

Currently though, I ran into a problem with Cameron at the end of the temple trials at the start of the game. When you talk to him the dialog is all messed up and whatever choice you pick usually winds up in an "error" message. So now I'm re-installing and trying again.

I was also having issues reloading save games; anytime I would try to load a game, Fallout 2 would crash and give memory errors. I solved this problem by using fixes for version 2.44. The rar file containing the fixes can be found here: Mediafire.com

Either through the fixes in the rar or just doing a clean re-install, my Cameron dialog problems are over. Right now I'm in Arroyo and so far, so good!

Playing the game was a good experience to start with lots of new features, but found I could not climb up any ladders, causing me to have to avoid key areas as I could not leave them after entering. Also crashed often when trying to load previously saved games.

That savegame issue is making me want to chew through my keyboard. Backup, progress and location save, all corrupted at the same point for the same memory leak. It's just a mod of course, but it's really annoying to have to restart from almost the start of the game half the time.

That may be probably caused by incorrect installation. I met those problems too, and ended up in installing Global Mod instead.

Hadn't heard of that one. And I don't know what I could have done wrong in three repeat installations. Not a large sample but at least I didn't just try once and give up. I had to actually download a different version of Fallout 2 just to get this mod to run properly because the GOG one doesn't work with it.

The problems with GOG versions are common, and Fallout mods often require advanced skills while installing them.

Global Mod is a Russian answer to MIB88 Megamod.
Falloutmods.wikia.com

Anyway to use Global Mod in english?

The only trail I could find is
Nma-fallout.com

But I think the translation has never been brought to life. Pity.

Well, you can still always play MIB88 Megamod, it's a direct analog.

I would blame it on GoG then. Didn't know they messed up modability so much. And sadly I don't speak russian.