This mod has open permissions, and is open to contributions by all. If you have fixes to contribute, please contact HenBagle. You can view the technical details behind all bugs fixed on our GitHub issues page.

If you have bugs to report in Mass Effect 1 LE, please open an issue on our GitHub with reproducible steps, and a fix may be included in our next release!

You are welcome to base your own mod off our files or make patches with this mod without any permission from us, as long as you notify your users that you are using our files. Please also be aware of file dependency issues when creating a patch. Please contact HenBagle if you need assistance creating a patch for your mod, or using our files.

Join the Mass Effect Modding Discord Server to chat with the developers of the mod, or to get support!

See our release articles for all bugs fixed in post-release updates (there are many).

This mod is required to be installed with ME3Tweaks Mod Manager. Manual installation is not possible, as we take full advantage of merge features in the mod manager to be as compatible as possible with other mods. Install this mod before any texture mods.

To install, drag and drop the downloaded .7z file into the mod manager interface. Either install the mod immediately, or import it into your mod library, and then click "Apply Mod". You can also use the Vortex button to download the mod directly into the manager.

This mod installs some changes directly to basegame, so an easy uninstallation is not possible. You can remove the DLC_MOD_LE1CP folder manually or with the Mod Manager to uninstall the majority of this mod's changes, but several fixes will remain. To fully uninstall this mod, you will need to revert your game to vanilla from a backup.

The main download for this mod is in English. If you use non-English VO, please download the Non-English VO Localization from the optional files section to have bugs fixed in the game files specific to your language. These files require the main download in order to function.

If you play with English VO but with localized subtitles, you do not need the optional download, localized text fixes are included with the main download.

Thanks to our fantastic team of community translators, we have been able to translate appropriate text fixes to the following languages:
French, German, Japanese, Polish, Russian, Spanish, Italian

Thanks for voting and helping LE1 Community Patch on it's quest to become the 2022 Mod of the Year. You are now in with a chance to score some free games from our #modlove collection. Help this mod secure more votes by embedding the widget (or link) we have included below on your favorite sites.

We've released the next version of our Community Patch mod for ME1 Legendary Edition. Here are the new bugs fixed with this version.

Wrex's holstered weapons are no longer clipping into his back when he is wearing heavy armor. (#118) 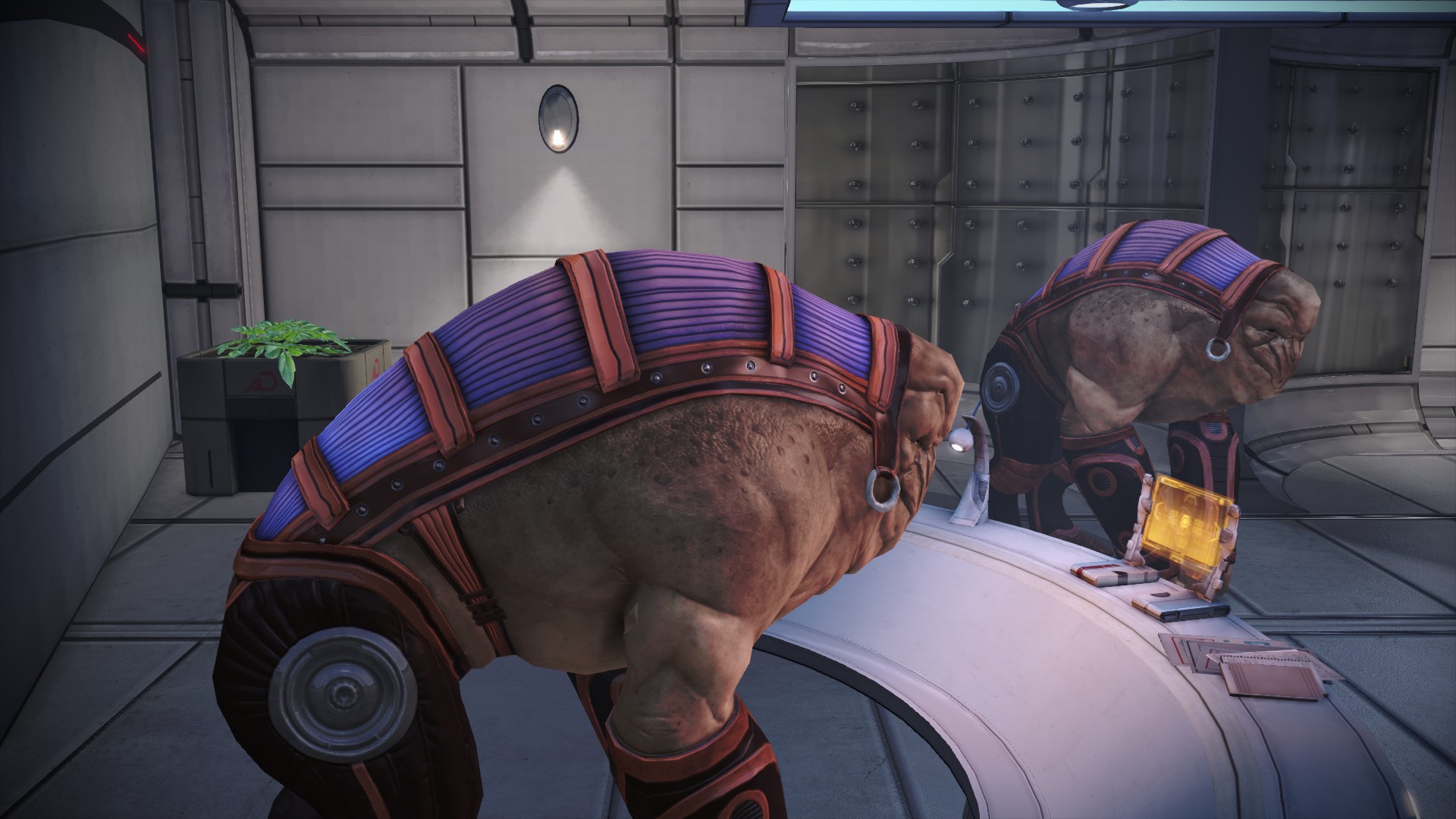 Fixed a faulty "Check_Player_Biotic" conditional, restoring several lines across the game where the player mentions being a biotic (#134)

Shepard's hair will be properly hidden when using the Crisis or Hazard Jormagund armors. This fix will not work for Ashley or Kaidan, and may not work if there are armor or clothing mods conflicting (#85)

The correct music will now play when escaping the Citadel (#135) 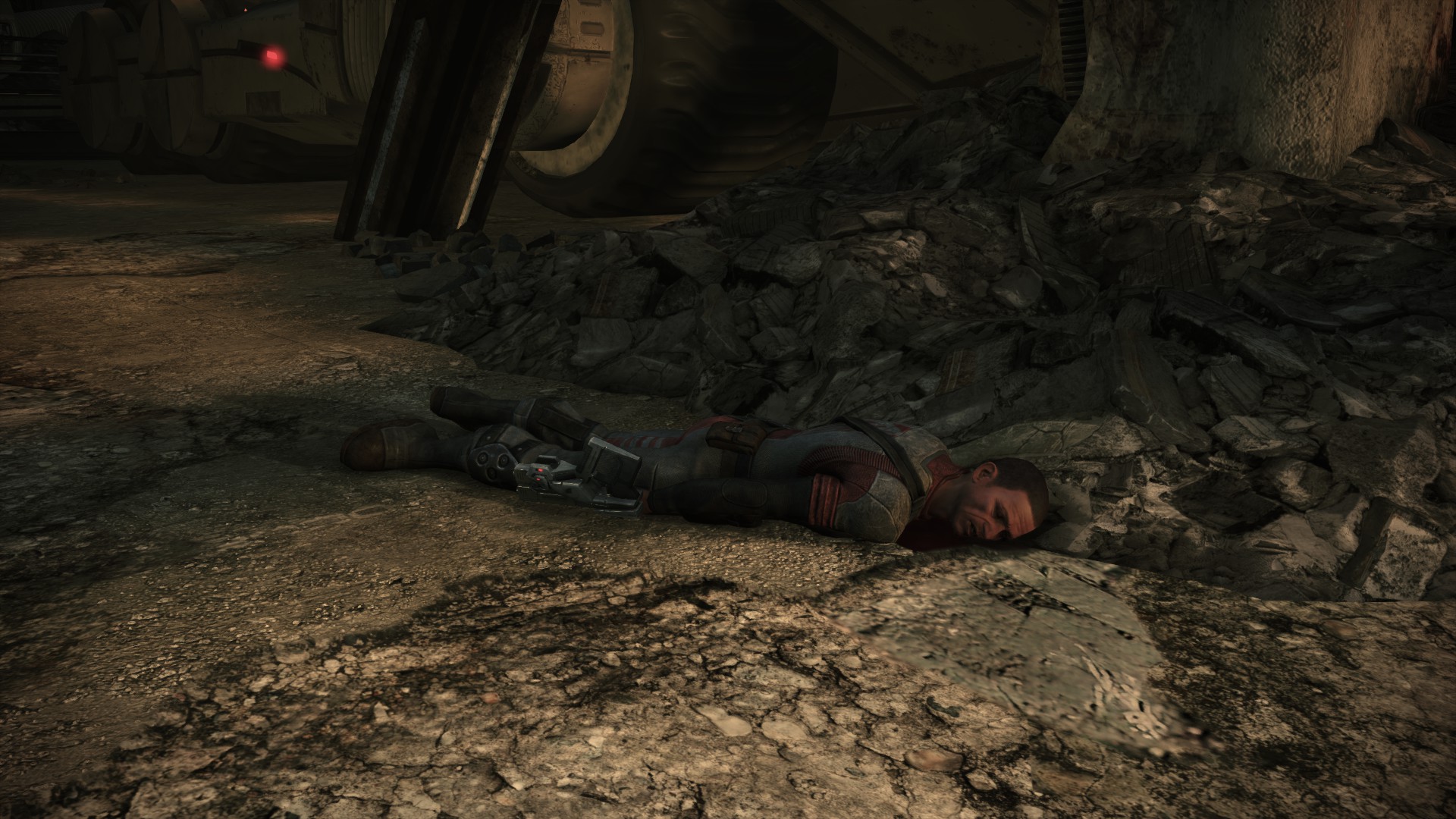 If you choose to keep Opold's package for yourself, you are no longer able to turn it in to Anoleis to receive a second mod or the garage pass (#137)

Re-entering the shed with Dr. Warren and Manuel will no longer turn on the conversation lighting before you speak to them (#119)

Bring Down the Sky

Conversation subtitles in BDtS will now respect the user's subtitle size setting. Unfortunately all subtitles playing on top of pre-rendered videos will still be in medium font size. (#84)

UNC: Hostile Takeover: Fixed an issue where persuading Helena would not show you the proper message box and allow you to re-enter her base (#132)

UNC: Lost Freighter: Jacob's facial hair and eyebrows match his hair color, instead of being grey (#151) 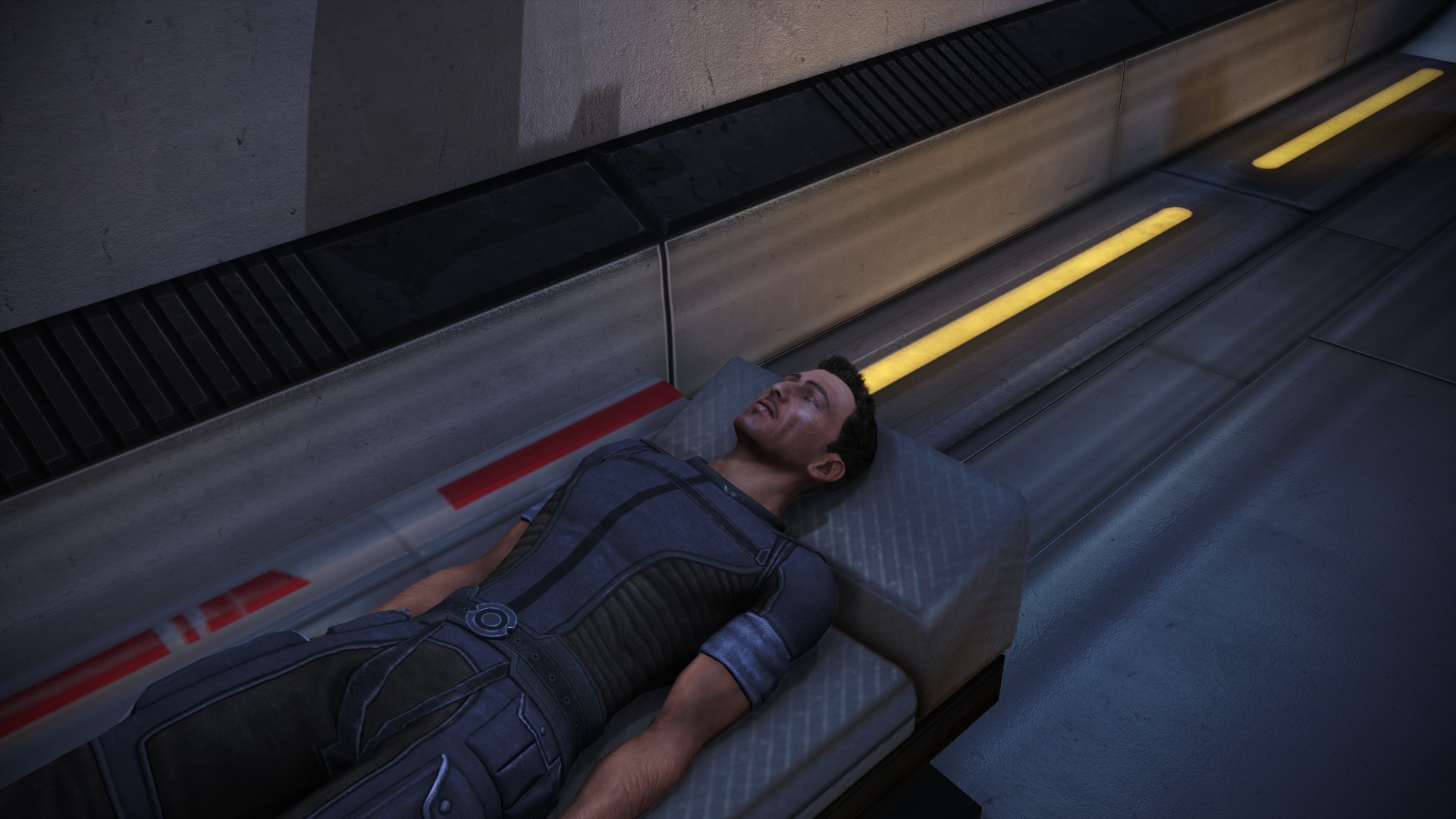 The image of the MSV Majesty on the galaxy map will now match the description, and show as very damaged (#50)

Release notes for the latest update for our community bugfix mod for Mass Effect 1: Legendary Edition!

Changelog for the latest version of our unofficial patch for Mass Effect 1 LE.

Hey man :)
Thanks for putting your community patch here on moddb.com.
Any chance that LE3 Community Patch will also show up here in the future?
How about LE2 Community Patch? Is it in the works, or is the current state of LE2 completely bug-free? ;)
Thanks again!