Continue the incredible Half-Life 2 Storyline somewhere in the antarctic through ice lansdcapes and underground bases inspired by Half-Life and conspiracy theories like the "Dulce Underground Bases" and the "Nightmare Hall" all in the confort of a new MKVII HEV Suit. 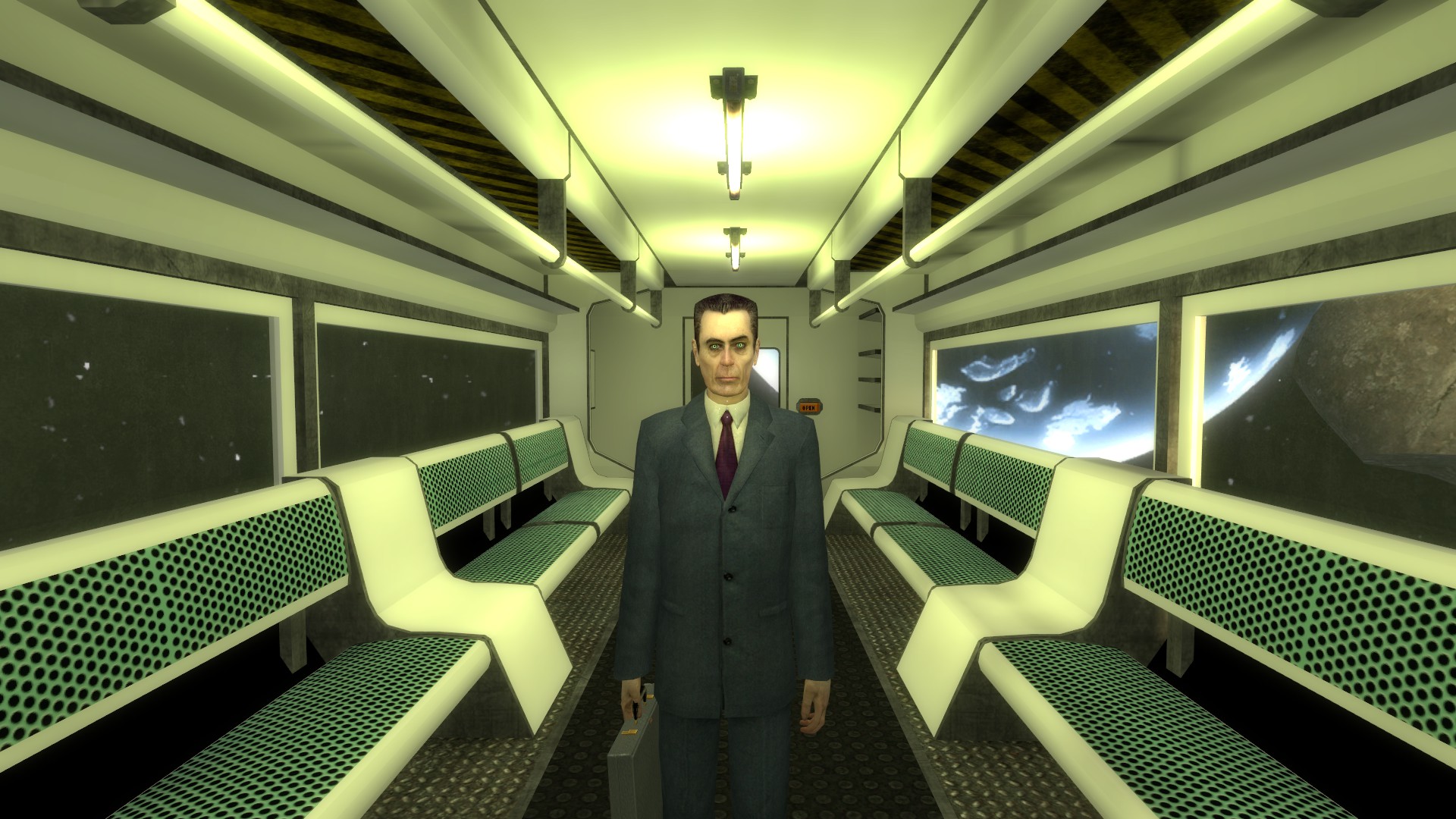 Back in December ICE HL2 Expansion released to the public followed by a news article which was kind of late, but still had been met with a decent reception. It was shortly afterward that I was contacted by a person who offered to port the mod from a Episode 2 2007 SDK Base to the current 2013 Source Single Player SDK Base. That person managed to port it in a day, and through a few exchanged e-mails and bug checking the port was ready for the public. Recently released. 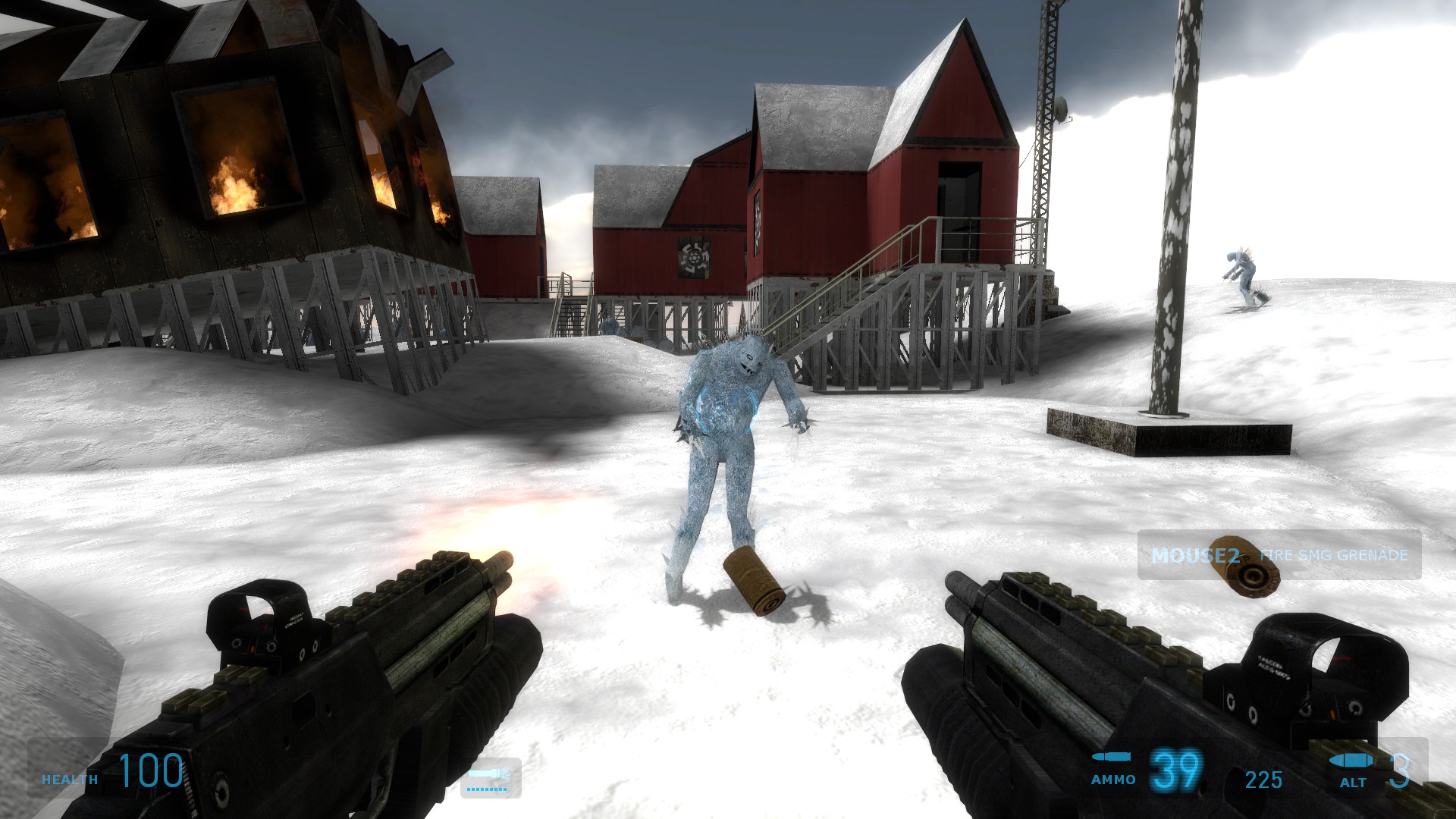 Thank you Marc-Antoine Lortie for porting the game code, and for providing a very small and simple patch file (For those just looking to upgrade the initial release mod folder, quickly, to the newer engine, link below), and for also setting up a git repository for the ported code available to the public. Also, for restructuring of the SDK project to find those newly created ICE code documents within source code easier. 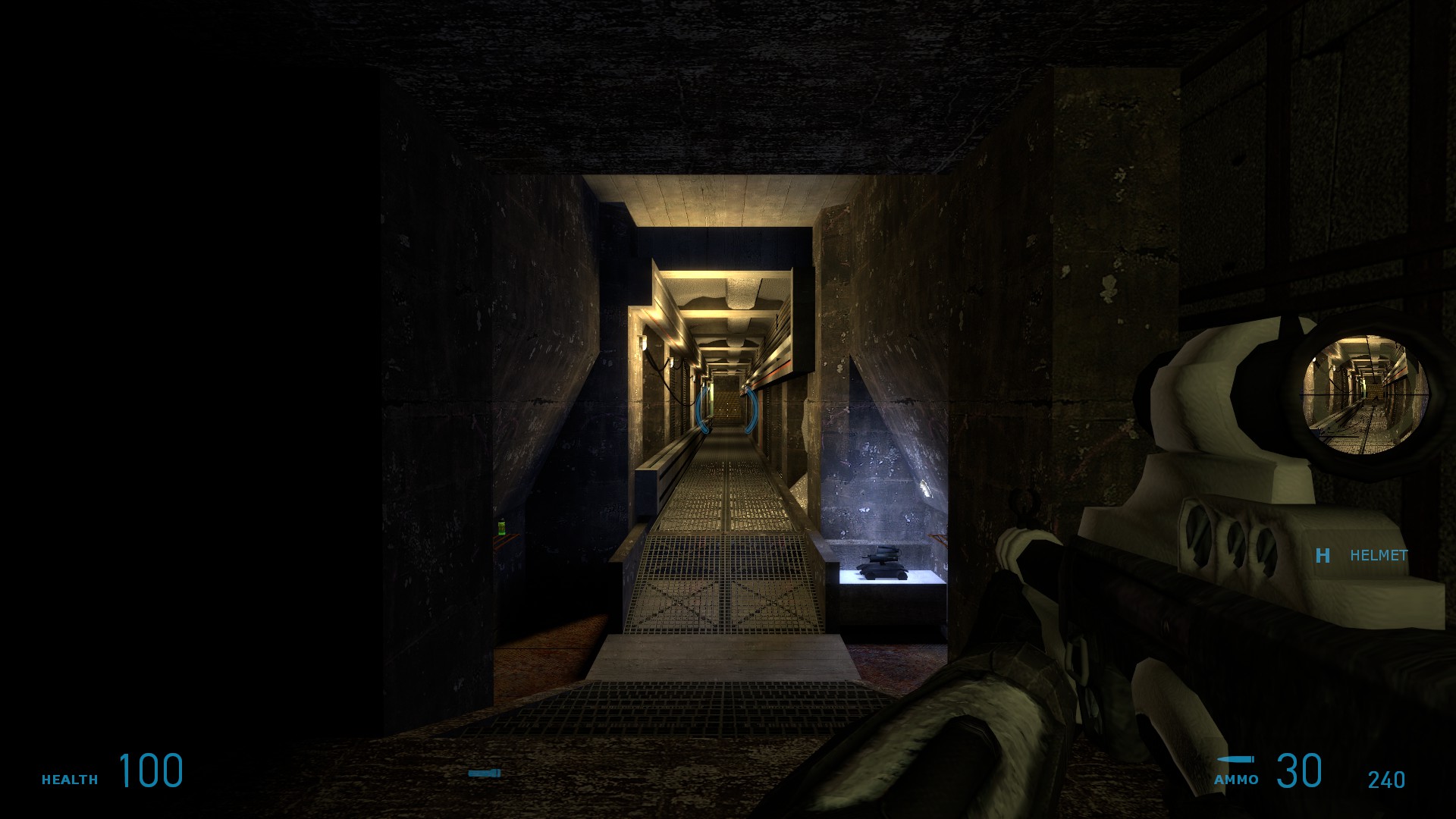 I felt that this news post was important because we still see a lot of individuals downloading the initial release, and not so many of the new engine port. This leads me to believe that most people are obtaining the download link from the last news post. But why is the 2013 SDK any better? The 2013 Source engine is much more improved in visual quality and operation. I've tested areas of our bad maps that drop the frame rate, and it runs a bit smoother on the newer engine. 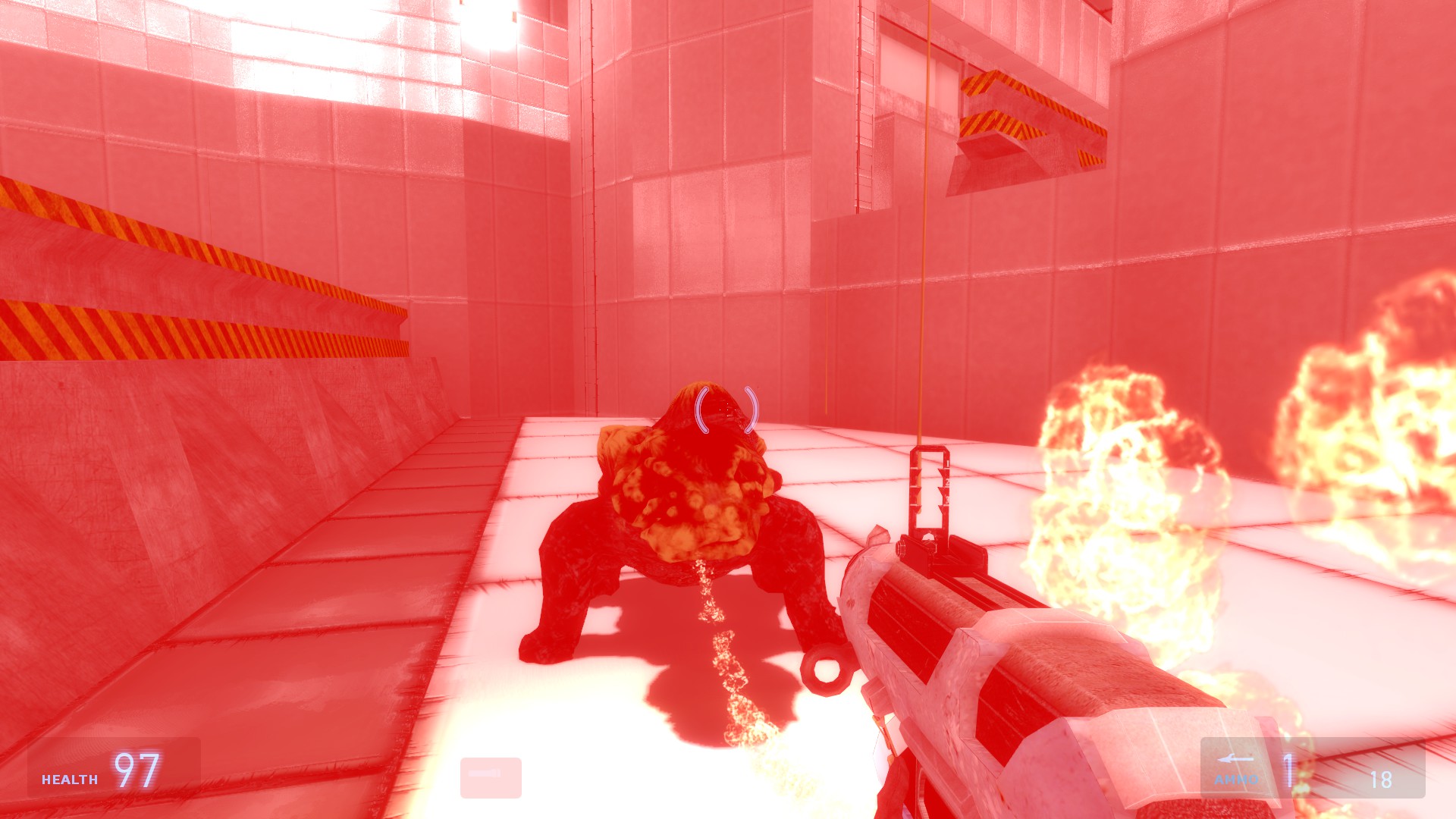 For everyone who missed our news post last month (because it was such a busy month for us all) I hope that you take the time to look it over, as it gives thanks to a lot of kind people who helped us in the development of ICE, and some insight to some of the great programs used in the mods creation.
Here is a link

So, if you are looking to download and play ICE, then you want this:

If you have already downloaded ICE before January the 3rd and want to patch your mod folder to play in the new game engine you want this:

If you are looking for the source code to learn from or fix issues with the ICE game code (ahem* AI) then there is this -> GITHUB LINK, or the zipped download for that too:

(It is also a good reference and learning project. How did we make the player wearing the helmet sound muffled? It's all in the code.)

Thank you everyone who has played ICE the HL2 Expansion mod, and everyone who has made videos on youtube playing through the game. Its been great watching it so far. If anyone wants to help further the development of the project; touch up mapping, fix game code, remodel? You can contact mrjasonsnell@hotmail.com

Thanks and we hope you enjoy your winter! 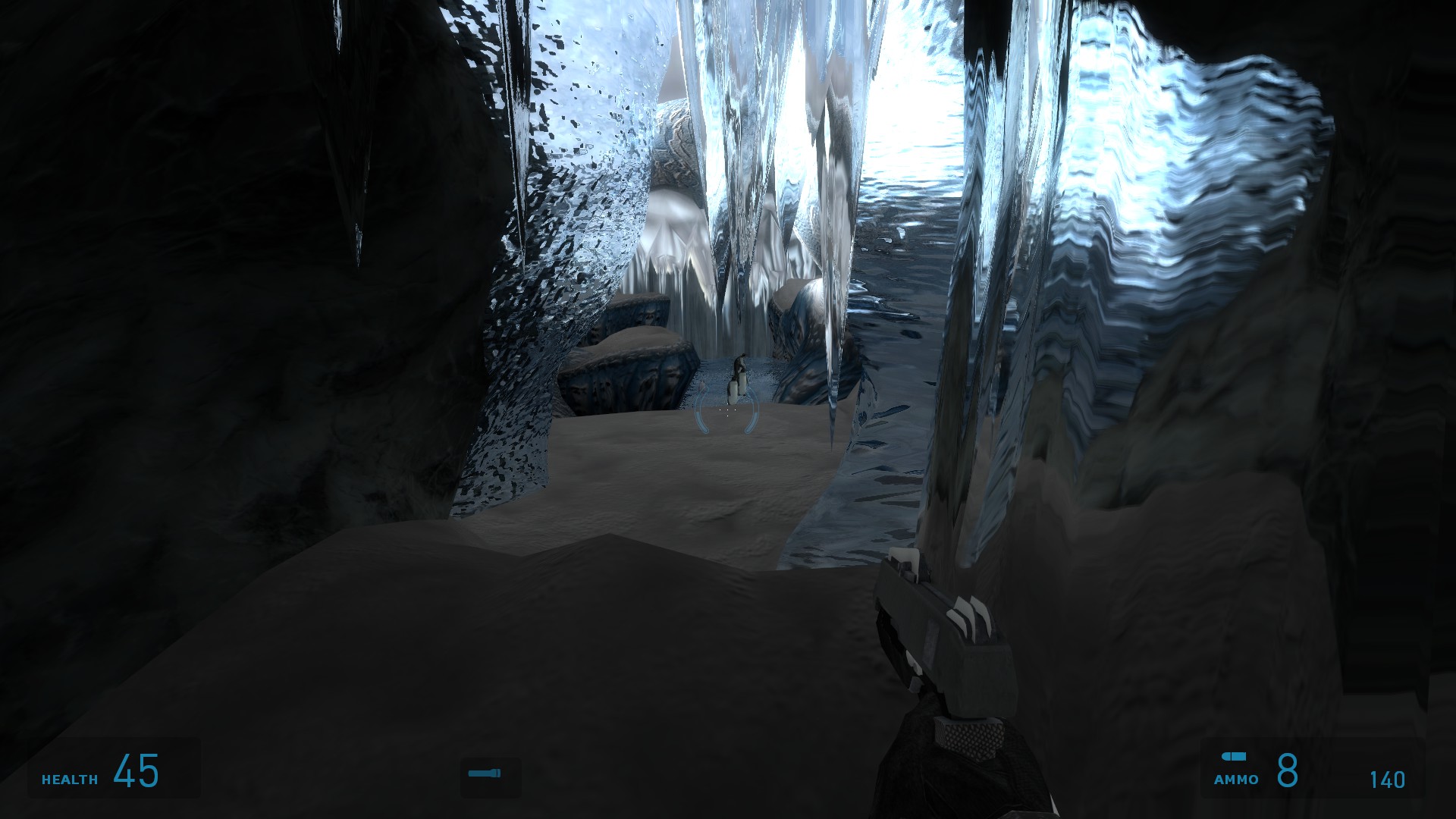 ICE Has officially been released, Over the weekend ICE saw its full release, It's been a long development and very slow this last year, but our mod is...

Half-Life 2: ICE is coming.. slowly but surely. Don't forget us. We are not dead.

We're still working hard at this! We have come a long way but still have much work to do!

This is the ICE HL2 Expansion source code ported to 2013 single player by Marc-Antoine Lortie.

This is a update to patch the initial full release of ICE HL2 Expansion to the 2013 source game engine.

Why's this on the top of the mod when there's nothing new on here?

It got attention in a new article and that probably boosted the rating.
We haven't worked on this in years!! but still appreciate hearing the news and feedback. Our mod is pretty out-dated, but our source code and assets are online for anyone to learn from. Go modding!

Hey, to all those who worked on this im extremely impressed its an amazing mod. If it was to go early access on steam ive no doubt it would do well, like Black Mesa. The bugs which to be fair ive only found a few are about the only bad point ive found, its pretty much a full game in its own right. ICE deserves more exposure its amazing. Thanks to those who made this.

I was especially impressed by the lighting and level design, at some points it looked better than Valves work.

It is aa great mod. It was fun to play.
It runs under Linux if you use the SDK2013 bin files. But then you have only a few enemys. So i will replay this mod under Windows to have the full experience.

"Ice" for the most part, was a really unique and innovative mod that I was ultimately completely unable to finish.

The setting was very unique....and 'to a fault' there were actually TOO MANY weapons to choose from. The custom weapons are as unique and distinct as the weapons from any other HL2 user-made mod I have ever played. Most were VERY EFFECTIVE (that is, the 'antithesis' of 'underpowered') against enemies.....but ammunition for only 'some' of these weapons seemed to be found in decent amounts throughout this mod....

Combat for the most part wasn't too difficult or too easy....
Incidentally, I never thought of myself as much of a 'penguin-hater'......but when you come across icebergs and penguins in this mod....they are very annoying and often try to surround you so that you cannot move without either utilizing a 'no-clip' cheat or else killing the penguins, altogether. They are also very annoyingly-loud and never cease to 'bark' as penguins do....

At some point in "ICE," there must have occurred some kind of 'script error' which prevented me from progressing any further once I reached a certain level: A door didn't open or something didn't 'happen' that was supposed to. As a result, I utilized a 'no-clip' cheat to scan every portal, door, etc. and the entire map level that I was currently playing.....and I still found no way to progress any further....hence I had to give up on this mod altogether....

All things considered, I rate "ICE" a 6/10. It looks and plays like a high-quality 'amateur' mod -- and has extreme potential and is extremely unique.....but also conversely has some serious flaws here and there as well.....

please throw a soundtrack from the game

music is in the mod folders

This is one of the best HL2 Mod's I've ever played. After being so disappointed & let down with The Closure, all of my hopes for a decent fans attempt at making their own Half-Life 2: Episode Three. But this was more than decent, it was great! The New Weapons were fun to use (Dual SMG1's, Aperture Shotgun, & Mobile Turret FTW), New Enemies were fun to fight, and New Maps, whilst not great looking, were well made and balanced enough. +Pros +New Weapons. +New Enemies. +New Maps. +New Gameplay Functions…