We're back! After a year of hiatus, we've returned with another release of Aftermath.

This mod should be played in conjunction with watching this Valve News Network video, "The Unused Content of Half-Life 2: Episode 1":

Release 2 of the mod contains: 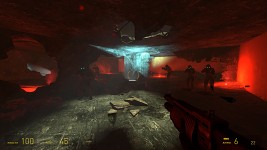 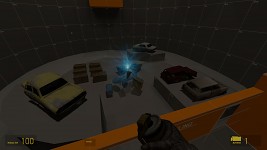 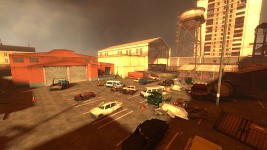 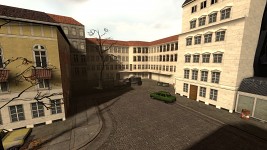 7 of the most frequently asked questions - answered as best as we could.

In light of recent events in the Half-Life community, the release schedule for this mod was sped up significantly.

Release 1 of the mod. Consult this download's description or the mod's ReadMe.txt for a detailed list of all content contained in it.

Add an option to change the weapon accuracy for NPCs (rebels, combine).

I think this mod works well but can get quite laggy at times ... might be my pc though

I'm not shore exactly what the 'snuffalopogus' this mod, "Aftermath" is. It seems to be a fairy large set of 'demo maps,' 'test maps,' 'beta maps,' and 'redux' maps.

Some are very short....some are very 'experimental'...a few are much more 'playable' and medium-length.

Well, i downloaded the mod, installed it in Sourcemods and then when i open it, there's a bunch of errors and missing textures. Here's my question, do i need to have a copy of Half-Life 2 episode one or two to play this game?

I believe you only need episode 2, maybe half life 2 itself in some cases too.

When I try to play the game I get a bunch of missing textures (they're all pink and such) and ERROR models standing around the world. Anyone knows how to fix this?

Works fine on my Mac. Probably works on Linux too.

This is only a temporary review due to there currently being only one release. Lever Softworks is planning on adding the rest of the Episodic Maps that were leaked back in March. But even in its current state, Half-Life 2: Aftermath is awesome. It does a great job showcasing and fixing some maps leaked from EP3/HL3 and I'm looking forward to the mod's upcoming future releases.

P.S. This mod will most probs get 10/10 once the rest of the content is finished.