In light of recent events in the Half-Life community, the release schedule for this mod was sped up significantly.

Due in no small part to Marc Laidlaw's Epistle 3 post, the release schedule for this mod was slightly stepped up.

This mod should be played in conjunction with watching this Valve News Network video, "The Half-Life 3 Beta Map Leak":

Release 1 of the mod contains:

Unfortunately, npc_surface could not be included in mod, as we do not have the sufficient source code. For more information, consult the mod's ReadMe.txt file. 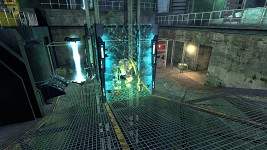 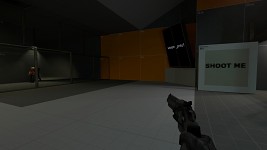 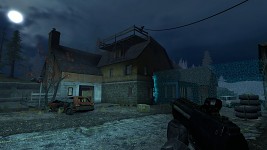 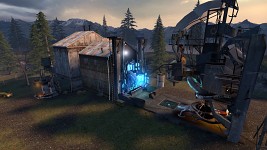 I think this is a bad idea. Nobody should be helping Valve out at all with anything regarding Half-Life since they killed the series.

It's not helping Valve with anything. It's documentation for the community.

Valve wants to abandon and forget Half-Life because it's something everyone expects from them but they'd rather people didn't as they don't want and may not even be sure they can make it right.

It's helping the community piece the fragments into something resembling the game they've been waiting for.

Hi, Has anyone installed the HL2 Aftermath here?
I cant get it to show up in my Steam Games Library, I've got everything installed + set SDK 2013 Singleplayer to upcoming like the Readme says.
HL2 Aftermath is in sourcemods folder on my C:/

Does everything need to be on the C:/ to work?

Any help would be appreciated.

I"m not certain, but I'm pretty sure that Steam only looks for sourcemods at that C: directory I put in the readme. However if it doesn't show up, try putting it at D:/SteamLibrary/steamapps/sourcemods/

Did you restart Steam?

yeah restart. all fine my end

I've just try it especially last maps, it's sad not to have seen it in a final version, there were good ideas wih the dog

when i try to load the game it crashes? i have source sdk 2013 singleplayer

It needs to be set to "upcoming" branch in the betas.

can anyone mod and adjust these files for their own projects

Jackathan, will you do the HL2 EP3 mod campaign based on Mark's unofficial story? Also, what will release 2 bring out?

PLEASE BRING ALIVE THE EPISODE 3 STORY BASED ON MARKS PLOT

I hope for the mac release. The mode won't launch on mac steam client because of dll files in the 'bin' folder. Please, make the mac version too!