Half-Life: Crowbar-Deep in the Dead

Half-Life: Crowbar-Deep in the Dead is a complete re-imagining of the first episode of DOOM (1993), taking all of the original levels from Knee-Deep in the Dead and remaking them in the style of Half-Life and it's many expansions.

Take control of Dr. Stan Blazkowicz, a Black Mesa engineer thrust into a fierce battle for survival as he fights off hoards of aliens and military troops, shooting and blasting his way through some of the most iconic levels in FPS history. Will you live through this alien hellscape long enough to see tomorrow, or will you be just another body strewn about in the ruins of Black Mesa?

The Crowbar-Deep in the Dead demo is now available! 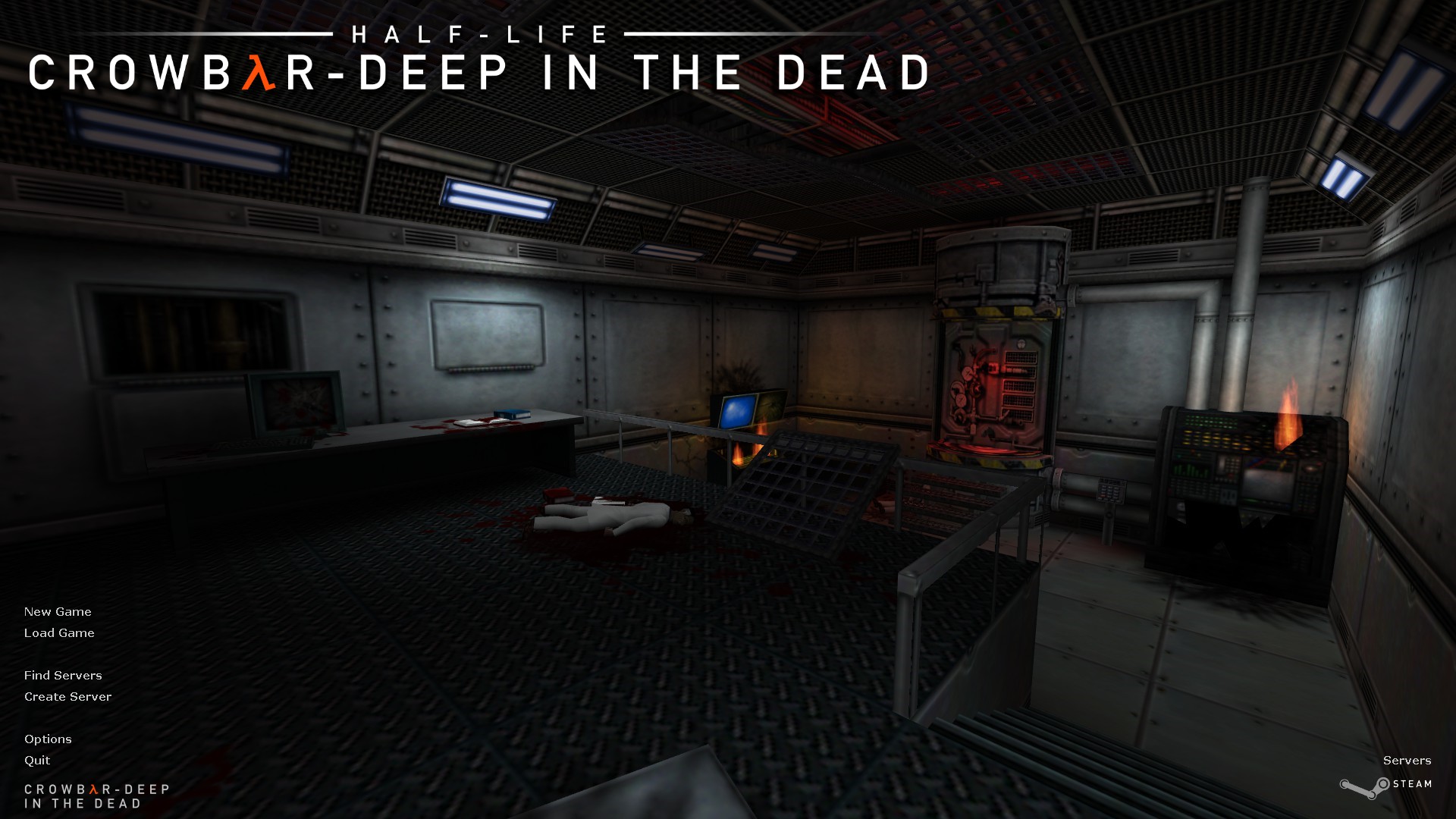 Yup, it's been a few years now, but now there's finally something to show for all the time spent on this project. The demo for Crowbar-Deep in the Dead consists of recreations of the first two levels of Doom (1993), as well as a pre-cascade sequence taking place before them. The demo can be downloaded here.

Now, I'm sure that those of who who've been waiting for this mod's release are pretty thrilled about this, but unfortunately, this is a good news, bad news kind of situation. The good news is that the demo is released. The bad news is, CBDitD is now on indefinite hiatus.

It was a hard choice to make, but this projects simply taken a lot out of me. This project's been taxing to make, and progress has been dreadfully slow, and I simply don't see myself wanting to spend another several years trying to get this done. There are other projects I want to do, project that I feel would not only be more enjoyable for me to develop, but more enjoyable for people to play as well.

Who knows, maybe some day in the future I'll decide to pick this up again, but as is, I have other projects I want to spend my time on, Half-Life Decay: Solo Mission being my biggest one right now, with others planned for the future. I hope that you understand this decision, and I hope you'll stick around for future projects.

Crowbar-Deep in the Dead DEMO

The official demo for Crowbar-Deep in the Dead, including .rmf files, and a collection of prefabs. May contain minor bugs. You're free to use any assets...

Was enjoying the mod until I suddenly died by nothing then got stuck in Xen since I didn't have the long jump module, other than that this is fantastic keep up the great work.

I was? No clue how or why I got put into the "Xen" chapter from the base game but after I died the game just put me there. All I can guess is that it was most likely a bug.

Here is a complete play through of this demo, feel free to use the footage for whatever!

Absolutely gushing over this. Your thematic application of the seemingly abstract DOOM levels is astonishing. The flavor and spin you took on rooms would often disguise their origins to me before an unmistakable piece of architecture would send a flash of memory and astonishment to how I hadn't recognized it sooner. In my eyes, a testament to this project and your capacity to deliver.

In other words; cool B)

please don't ruin this awesome mod for non steam users.
It is being incredible, I am making the video to upload to my channel.

Thanks for the demo, I got this idea:
Github.com

Single Player
Tags
Embed Buttons
Link to Half-Life: Crowbar-Deep in the Dead by selecting a button and using the embed code provided more...