NEW AND IMPROVED DEMO NOW AVAILABLE ON MODDB AND STEAM!

Half-Life Decay: Solo Mission is a new, upcoming port of the PS2 exclusive Half-Life expansion "Decay", with the goal of rebuilding the game to work as a single player experience, thus allowing anyone to play through the entirety of Decay without the need for setting up a private server, and all the headaches that come with it.

Along with allowing anyone to play Decay without needing a server, this port will also rework the visuals to make them more consistent with the original Half-Life, giving every map in Decay an extra bit of polish in the process, and all without making any major alterations to the original game.

A: Colette Green won't be appearing in Decay: Solo Mission in any form whatsoever. As far as I'm concerned, Dr. Green exists solely as an avatar for the second player, and as a character has no real impact on the lore or any presence outside of Decay, unlike Dr. Cross who, alongside inventing the HEV suit, also makes cameos in every HL1 game and expansion.

Q: Will the source code/map sources be made public?

A: Yes! Nothing is available right now, as the contents of the mod are constantly changing. However, once the full mod is released, all of the source files will be made available for anyone to use as they wish!

Q: Will this mod explain what happened to the main characters of Decay after the ending?

A: It won't. The way I see it, any attempt by myself, or anyone else besides Valve and Gearbox, to add on to the story would be pure fan-fiction, and thus wouldn't have a place in Solo Mission.

Q: Will you be able to use the original Half-Life models?

A: Yes! One of the goals of Solo Mission is to make the aesthetics match the original release of Half-Life and it's expansions, including full compatibility with both the original models, and their original HD variants.

Q: Will Solo Mission include any of the cut content from Decay?

A: It won't. The main goal of Solo Mission is to simply make Decay into a single player experience, and to give it a bit of polish along the way. If I attempted to start adding new chapters to it, it'd stop being Decay and turn into something else entirely.

Q: Will the mod feature a co-op mode?

A: It won't. All of Decay is being re-worked in order to suit single-player gameplay. The amount of work to make the mod co-op would not only require re-reworking all of the levels, but would defeat the point of the entire project.

Q: Will the bonus mission, "Xen Attacks", be present in Solo Mission?

A: Yes! Just as it was in the original Half Life: Decay, Xen Attacks will be available as a bonus, unlockable mission, polished and re-created with the same level of care that's being given to the main game.

Note: This port of Decay has no affiliation with the existing PC port, and is not utilizing any of the work from it. All maps and models being used in Half Life Decay: Solo Mission are based on assets pulled directly from the PS2 disc itself via Supadupaplex's PS2 Half-Life tools, as well as new/edited NPC models provided by Leviosah.

Artwork by Decepticoin, who's artwork can be found on Twitter and Deviantart.

It's been a while, but I'm back to working on the project! This time I have some WIPs of Solo Mission's fourth chapter, "Resonance", to share with you. I've been pretty pleased with how it's been turning out, and I figure that I may as well share the progress with all of you since there was such a long gap between updates. 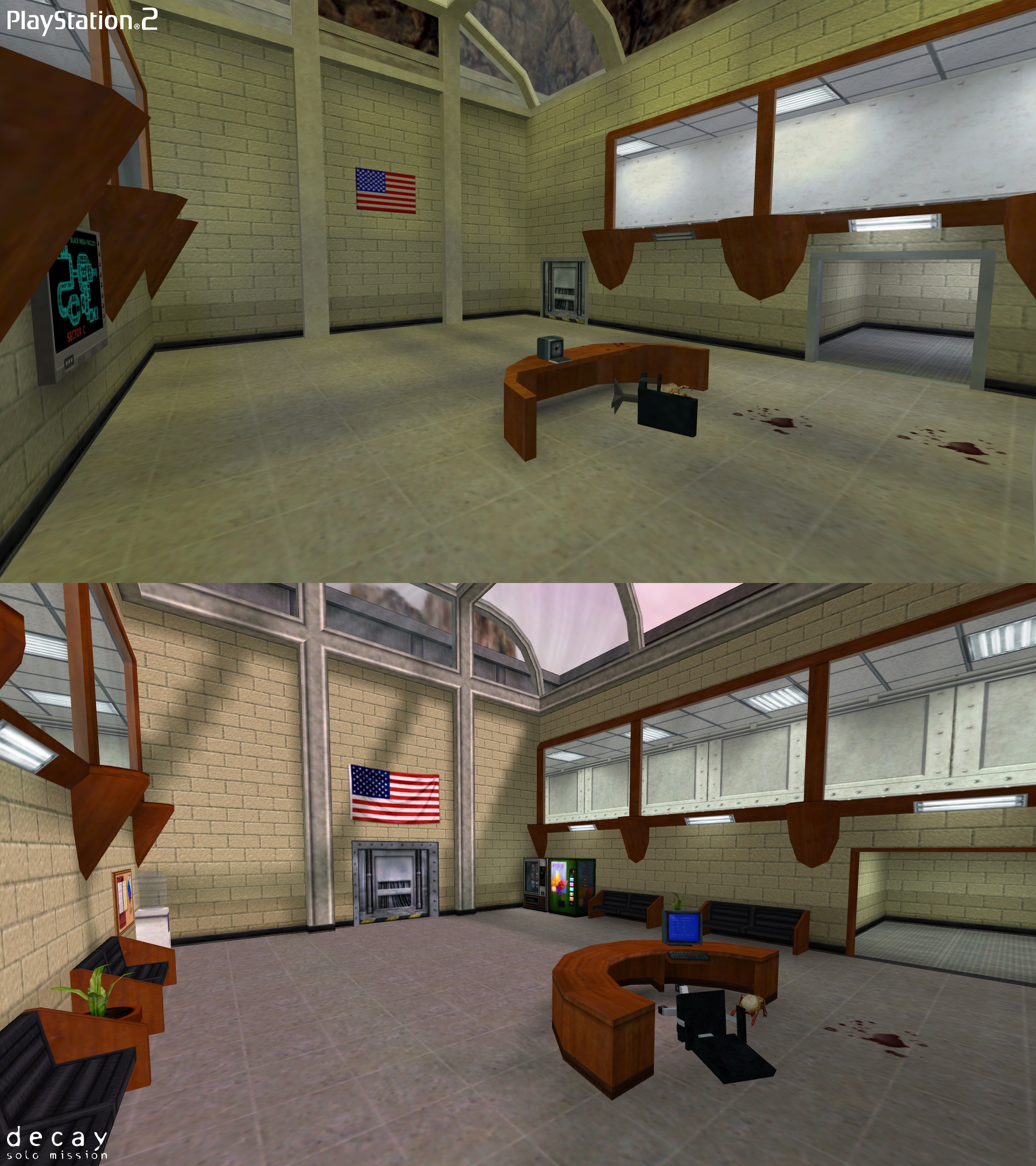 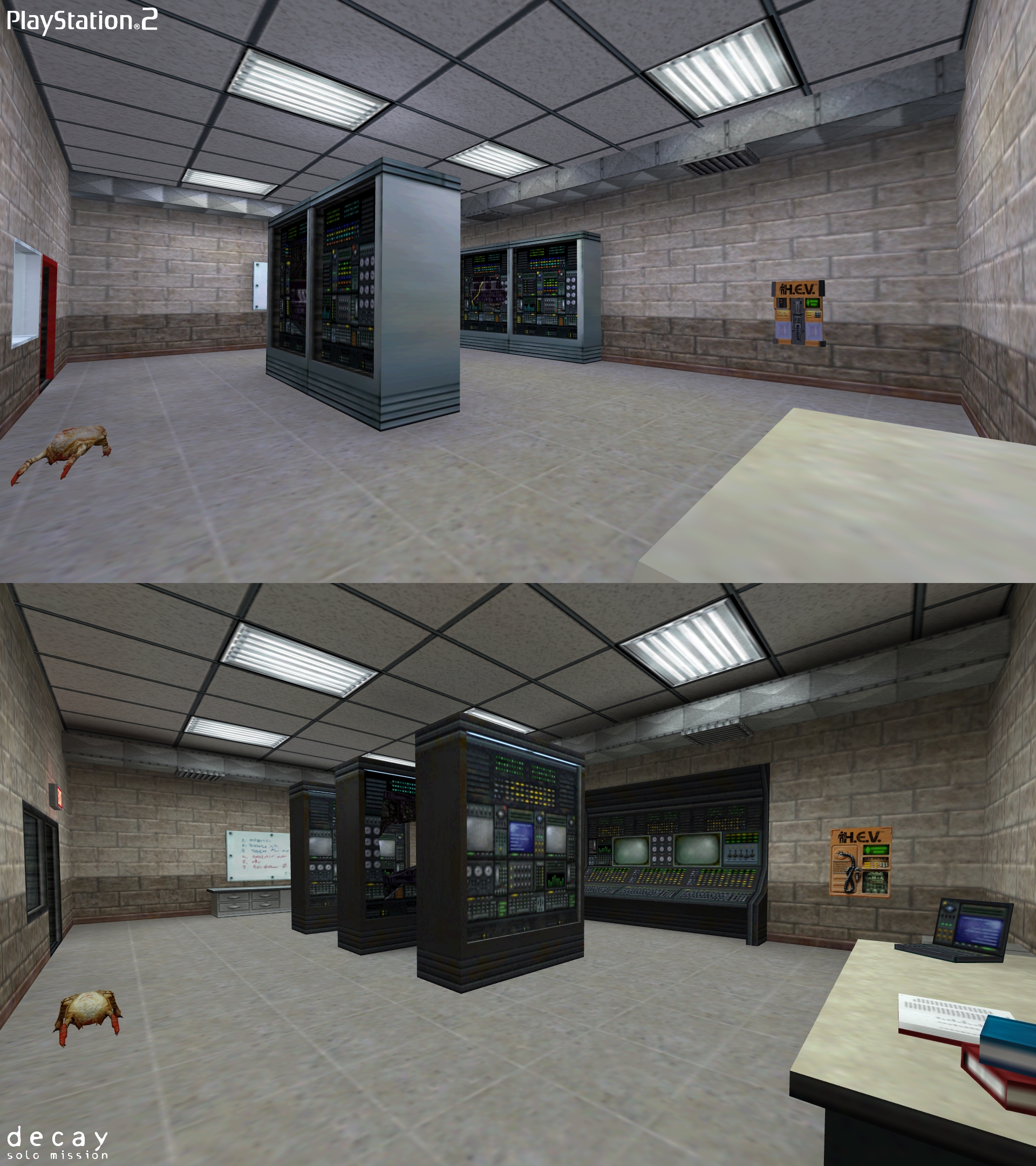 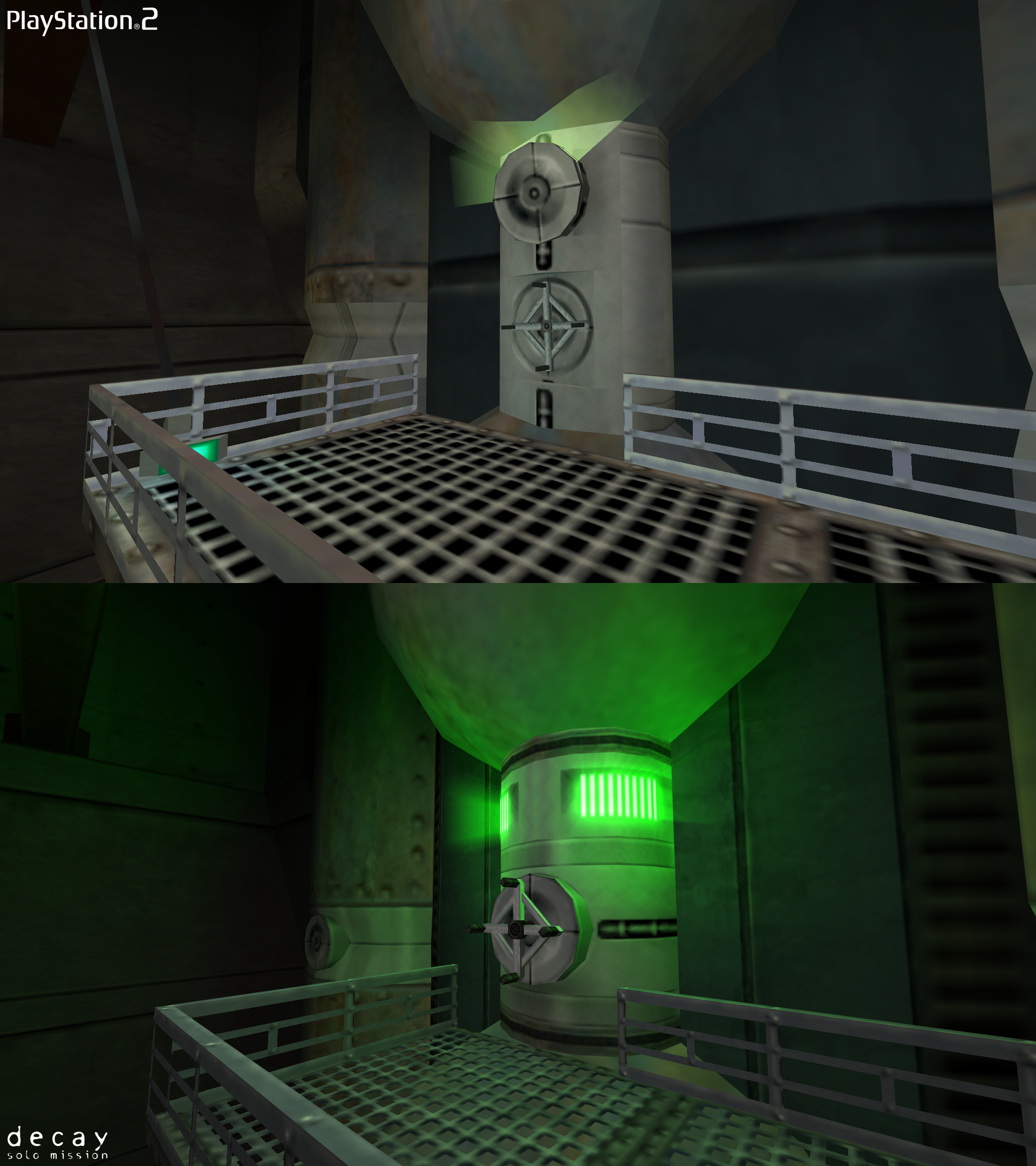 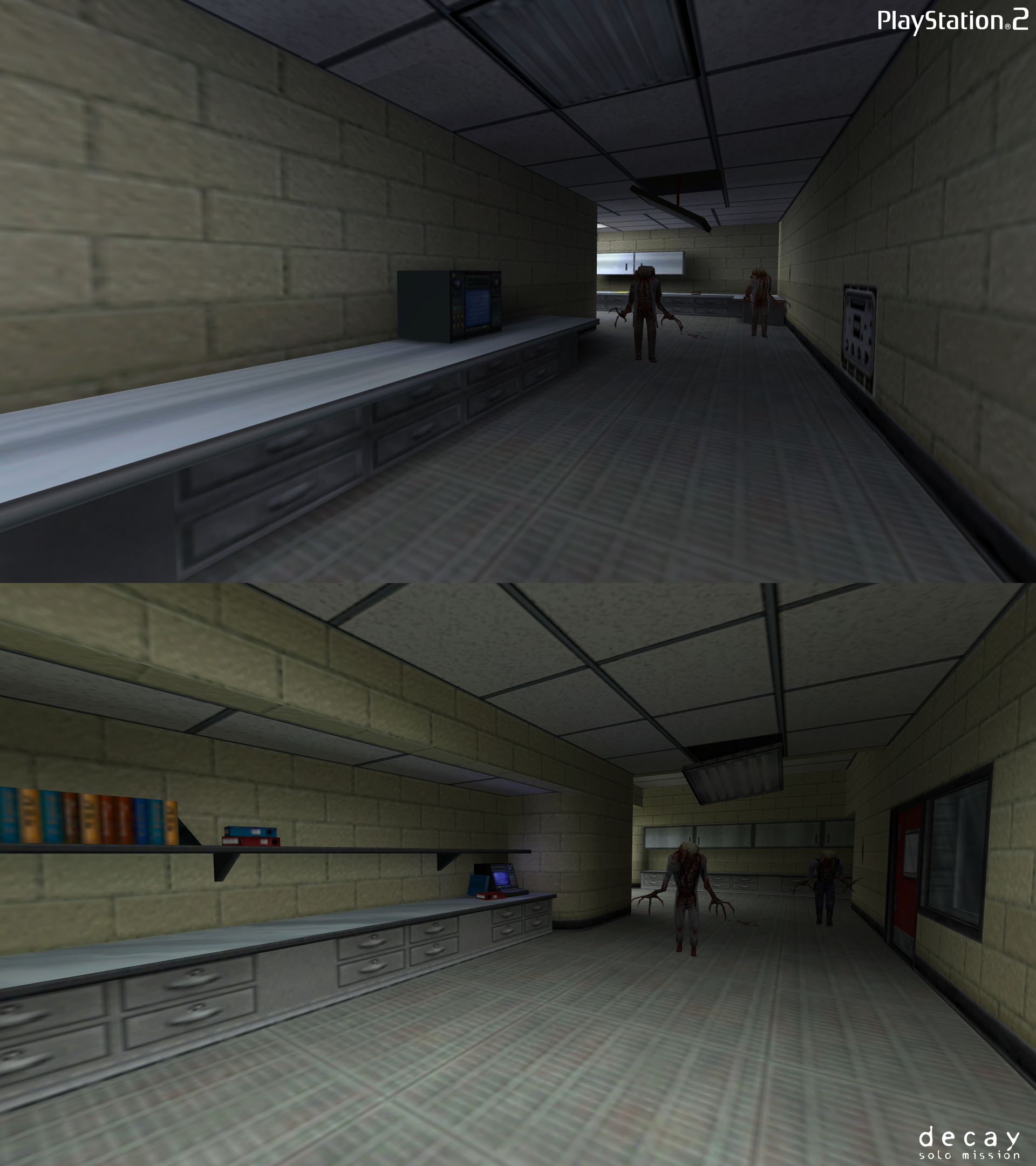 Outside of these screenshots, you can now view even more WIP content by supporting me on Patreon, where I'm uploading behind the scenes pics of various maps! Alternatively, you can also support the project by getting yourself an official Decay: Solo Mission poster.

Thanks for sticking around during yet another hiatus. From this point onward, I'm gonna try to have more frequent updates, so be sure to check in every once in a while!

Sharing some of the work that's gone into Chapter 5 of Decay: Solo Mission.

By some miracle, we're not dead yet! This update shows off some WIP rooms from the fourth chapter of Decay, and some test footage of our upcoming subtitle...

Seven months after the first status update, we have several new screenshots, as well as general updates on how progress has been coming along.

NOTICE: This mod is designed to run with the Windows version of Half-Life currently available on Steam. Running different versions of Half-Life, such...

Originally made for my Extended High Definition Pack, this addon adds new HD models for Gina Cross (made by Dakashi_Val) and improved HD weapons. Also...

NOTICE: This mod is designed to run with the Windows version of Half-Life currently available on Steam. Running different versions of Half-Life, such...

hello mr floyd.may you tell when we will get the next demo?I just completed the second demo and I really would like to have more.

Unfortunately, there's no more demos planned in the future, as demo 2 already lets you play the entire first third of the game.

No joke, figuring out what to do about that title name's been a pretty challenging aspect of development. I'll have something by release though...probably.

Rename it to Code Cross or Code Gina as like a small pun to the fact that Dr. Green isn't in the mod.

Honestly, I think you could just let the name be. I always saw "Code Green" as authorized to launch the rocket.

What happened to the Patreon page? The 10$ tier is gone.

As the 10 dollar rewards had all been claimed, the Patreon was reworked

Oh, I did actually support you through with the 10$ tier for 3 months. That's why I got surprised there. I'll keep up with the 5$ one then. Good luck with the project!