What happened to Human Error? 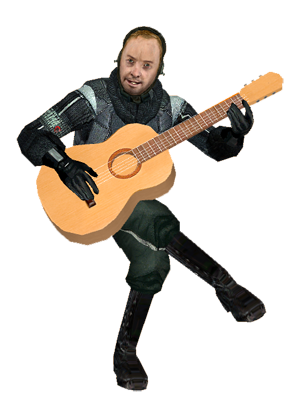 With the announcement of From Earth people have been asking where the second episode of Human Error is, or what is even going on with it. Unfortunately, I have to say that another instalment of Human Error is very unlikely to happen at this point. It's not that I am not interested in continuing the story, or that I don't care about the characters. I would very much like to hear Phillip sing as Larson again. I'm sure we all would.

It's a problem of what I have time for and what I find most interesting. Making gameplay different from Half-Life 2, and setting the story in a world where I have no restrictions is more creative than doing a world set in the Half-Life 2 universe, where I always have to think around the Combine technology.

From Earth is currently becoming, I think, bigger and better than Human Error. It’s going to be more refined and polished than HE ever was. And even once that’s done -- which could take some time -- there is little chance of me being able to turn my attention back to HE. I have been working on mods a while now and I am starting to seriously consider my entry into the industry itself. After From Earth is done, I hope to be either working at a games company or on a small indie game of my own. I would probably have no time, energy, or permission to work on HE EP2, or any mod for that matter, at the same time.

Originally I planned to include a small section here detailing all the different design iterations for the second episode of Human Error, but after talking with other team members, we agreed that it would be better to leave it a mystery as to how the story would continue. We felt we owed the first episode its autonomy. One thing I would like to mention, though, is that even though I still like some of those ideas, most of them were very unfinished. Even the concept that I liked best was something that differed hugely from what you saw the first time, and I didn't really take it much further than a few descriptions on how it would work. Water, although having its own misgivings, was something that interested me and team members a lot more than what we had planned for EP2.

"From Earth" takes place close to the year 3,000 when one woman and one man, Zenaida and Anthony, are sent to a remote alien planet. After fifty years...

If you have played Human Error Episode One, or if you have read any of the reviews, you might agree that the controllable manhacks were perhaps the most...

So, it's about two weeks after the release of the Traitor Mode, and we have been working on some updates.

Fixes problems with HLTV and adds map voting. 1.0.5. REQUIRED. Install by dragging and dropping the unzipped files into your he_coop_beta folder in SourceMods...

This update fixes the crash on start up problem that came with the latest Steam update. It also includes some few changes to some of the maps, and includes...

oh boy this mod was amazing im excited the next part :)

Yooo these guys made Water? I gotta play this for sure

Very nice mod, it's a real shame that we won't see Episode 2 (it's been 11 years since original Episode 1 released in 2010, damn), the ending was hell of a cliffhanger.

It the best mod.I have ready repack with this game,but I can't end all play,on last map I not found last 2 red generators.But I take mod on my collection

Nice work on Dog NPC for Human Error Coop. I've just remembered about it and decided to make something similar for Garry's Mod and as I can say scripted Dog NPC is quite badass.

Will he realease it on steam

Considering what he wrote up above I think its time to give up.