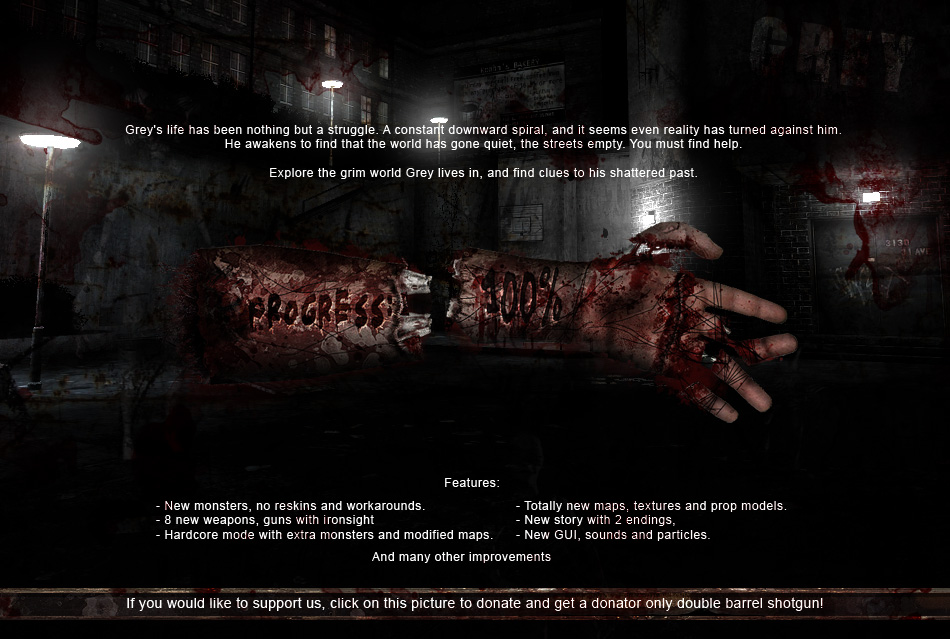 Back on track with the game!

We haven't met in a long time, but now we're making up for it, because we've come with a lot of good news!

Since I think this is the most important issue for everyone, first a little status report on the current state of the game!

After a long break, we have finally managed to get back in the saddle and I can safely say that we have been going at an awfully good pace with the development over the last few months! Everything is slowly starting to fall into place and we have reached the final stage of development, where we are dealing with the addition of the last game elements and the polishing of the existing ones.

According to our current state, if all goes well, the game will definitely be completed this semester and the announcement of the release date is getting closer! So get ready for an awesome and creepy adventure and have your spare pants ready! 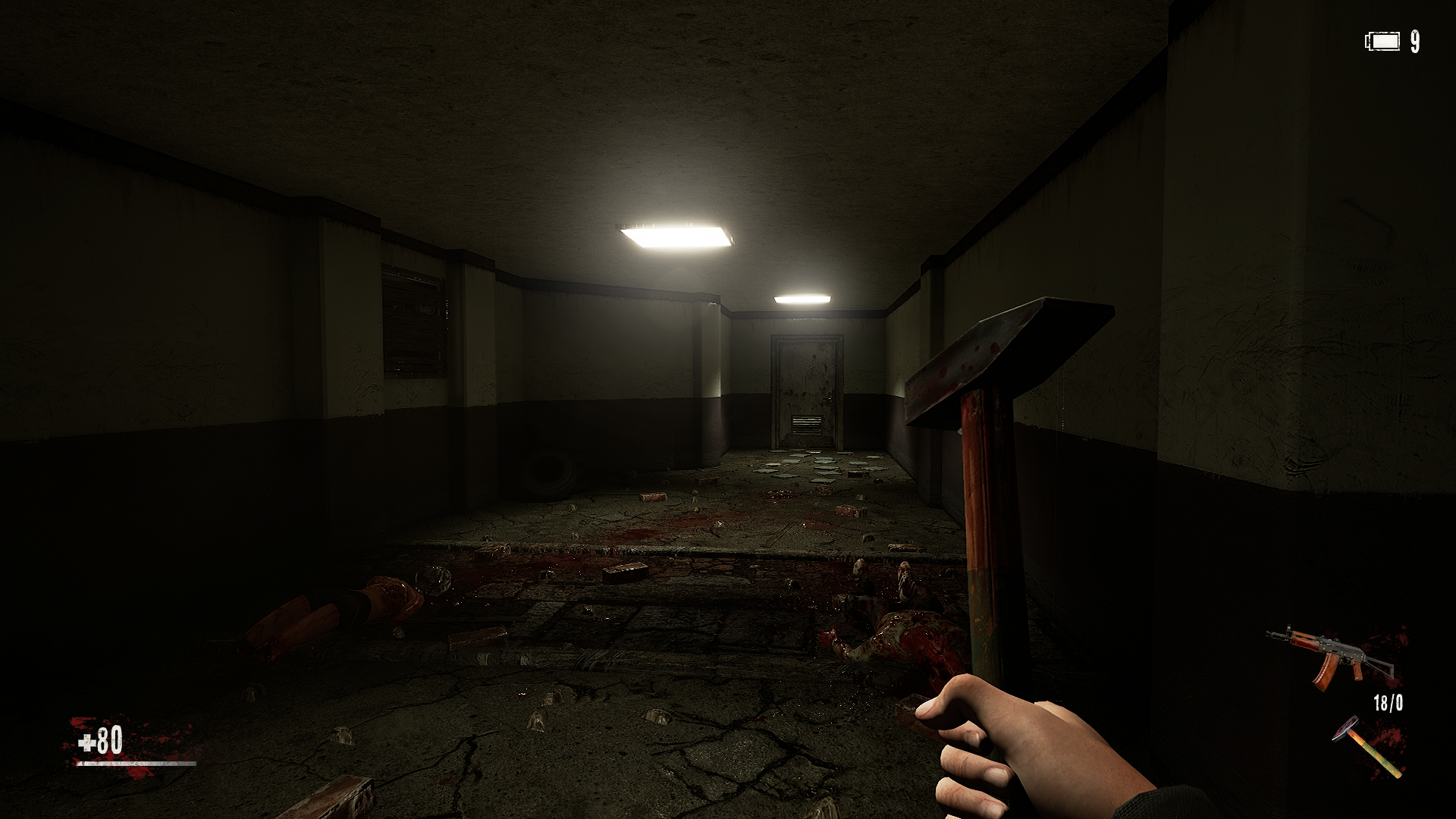 We still have a lot of work to do with the game, such as making translations into different languages, creating controller support, completing voice acting tasks or putting together different cutscenes properly. There are also various extras players will be able to access after completing the game.
So there is still plenty left, but it’s really the endgame and the light at the end of the tunnel is shining brightly! 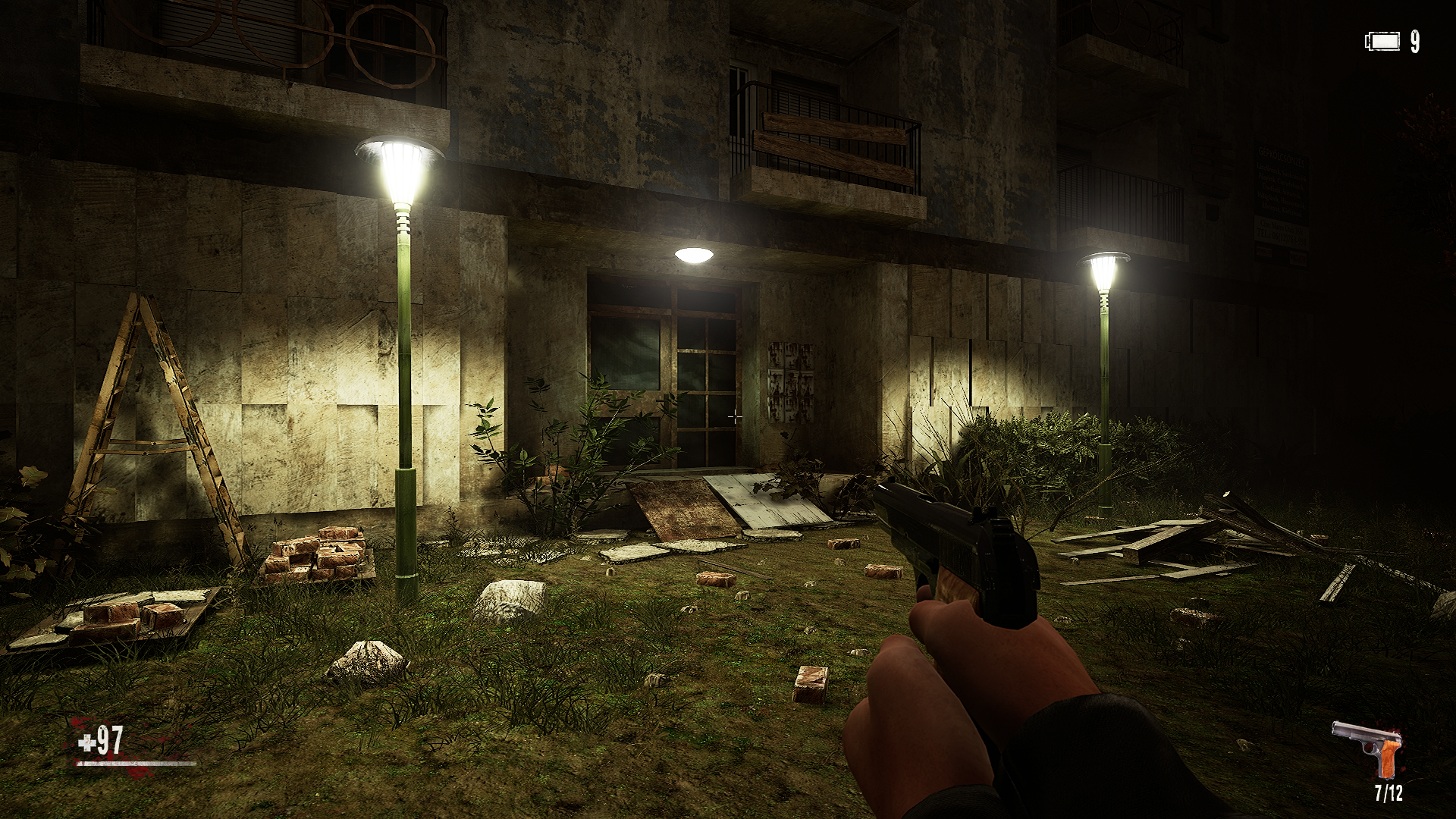 And with this, we would like to thank everyone who follows and supports us. It means the world to us that so many of you are counting on us and our upcoming game.

If you like the game, click on the wishlist on the game's steam profile and follow us on twitter for more information. If you want to message us or have any questions, please connect to our discord server!

It's been some months since our last update but now, after some time being in our little bubble we're here to bring you some important news. First of...

These past couple of months have been real busy, and it's been a while since our last update. Here we are though, excited to show you guys all the work...

An other four months have past, and we were busy working on our game. First and foremost, our little team has grown, because an excellent animator has...

A few years after releasing our Half-Life 2 horror mod Grey, We are proud to announce our new indie game project for Unreal Engine 4. Remorse: The List...

Grey v1.1 Exe (Installer) now available at a local Moddb near you! Please note that this is an updated version as of 11/6/13. This update fixes a Steam-pipe...

A Russian translation for Grey provided by Skip3R.

A Spanish translation for Grey provided by Mr.Grindor.

Grey v1.1 Rar now available at a local Moddb near you! Please note that this is an updated version as of 11/6/13. This update fixes a Steam-pipe problem...

I KNOW I AM WAAAAY LATE TO COMMENT ON THIS-BUT WOW THIS WAS A...JOURNEY.

AND TBH I WAS A BIT ANNOYED BY HOW TOUGH THIS MOD IS, (THE MONSTERS, AND THE LIMITED HEALTH AND ALL...WELL IT'S EITHER THAT I'M A BAD PLAYER LOL), NO OFFENSE TO THE CREATORS JUST SAYING.

STILL THOUGH...JESUS, THIS STORY WAS...WOW. IT GAVE ME "CRY OF FEAR" VIBES, ESPECIALLY WITH THE ENDING(S) AND GREY'S VA STIG, (WHO YOU GUESSED IT, VOICED THE MAIN CHARACTER "SIMON" IN COF LOL).

HE DID A WONDERFUL JOB TOO FOR BOTH GAMES, SERIOUSLY 10/10 ACITNG!

ASLO, LIKE CRY OF FEAR (A FORMER HL1 MOD THAT'S NOT ITS OWN GAME ON STEAM), THIS MOD IS SO UNDERRATED AND REALLY DEPRESSING TBH...POOR GREY, I WON'T SPOIL THE ENDINGS FOR ANYONE. BUT...THEY'RE BOTH SAD FOR ME. I'LL JUST SAY...I REALLY HOPE HE'S HAPPY NOW...AND HAS A BETTER LIFE AND I WANNA HUG THE POOR GUY.

PLEASE FORGIVE ANY GRAMMAR OR SPELLING ERRORS IF ANY ARE PRESENT THANK YOU.

Played through this classic mod on normal difficulty on my channel and I may be back to do the true ending on hardcore difficulty although normal difficulty was quite a challenge still though I was struggling heavily at some points without looking up a guide or walkthrough XD Youtube.com

Come check out my series on Grey! Any support is appreciated :)

this was okay, i liked the atmosphere, and some jumpscares got me, but it was extremely short, the gameplay was either too easy or too hard, the story made no sense or was not clear to the player what was going on, some puzzles were confusing to the point where i had to look up what to do, for instance the door in the basement of the hospital. the creators of this game have a lot of potential to make something great in the future, but this is just okay, i wish it was longer with more weapons, better combat, better puzzles and story. it seems more like a demo in all honesty. hope the devs make something awesome, looking on the steam page of Remorse:the list it seems to be still worked on with new progress reports, which is great. I hope that game will be good.

I installed the Grey directory into sourcemods, started Steam, and started the Grey mod, but no menu shows in the opening screen, do I start with challenge1 map ?
Ah...I loaded the map background01, and the menu appeared.

Here is a COMPLETE WALKTHROUGH I streamed of this mod!

and what was it ?
a 4 player co op game like L4D
it looks generic and bland
it was greenlit
and then it's abandoned

you know what you could have done instead ?
it's easy

just do what Team Psykskallar did with Cry Of Fear

They also deleted the trailer from the face of earth. Never saw it but to say that kind of characters and models where generic and bland, i don't think so. If you have the trailer, please send it to me lol. But, they did the same with their new game Remorse: The List, greenlighted, then abandoned.

This mod has a great points and also bad points. The atmosphere is really cool and some textures and models, but the gameplay was a bit bad and boring.