Awakening on a crashed train with only sparse memories of the past, and advanced combat tactics for fighting the enemies of Our Benefactors, step into the mind of a resistance fighter troubled by long lost memories as-well as mental and physical augmentation. The world we knew is gone, and all that remains is the oppressive Combine regime and the seemingly endless fight against them. Team up with the remaining resistance and explore locations both old and new in Outcast.

Another year has passed, and it is now 2023. 2022 was an interesting year for Half Life fans. We got many new leaks, great mods, and there’s even rumors of a new Half-Life game in development. 2022 was a big year for me personally, a lot of thing started to change, both for better or worse. But among the biggest things to happen this year was going public with Outcast. After 5 years of toying with ideas, making little prototype maps to learn hammer, and drawing concept art, I finally began to officially develop Outcast. It wasn’t easy, in fact it’s the hardest thing I’ve ever done. There were many ups and downs, embarrassing moments, stupid questions, and questionable screenshots uploaded, I’ve made it this far. I wanted to preface this months article by taking a moment to thank each and every one of you for making this possible, and believing in this project. Now, onto the good stuff.

This month started off slow. I didn’t get much done due to being sick for a while, but when I felt better I immediately got to work. One of my focuses this month has been on improving my skills with hammer, more specifically displacements. The wasteland in chapter one will consist mainly of uneven terrain, a reminder of the large battles that took place during the 7 Hour War. As a result, Marco and I have been working on creating believable and realistic terrain, while also abiding by the rules of the engine. All of these maps are still work in progress, though their layouts are mostly complete. I spent a lot of time reworking the map d1_wasteland_01, this is the first map of chapter 1.

SIDENOTE- Outcast will release in English as well as Spanish. More translations may be available as time goes on. 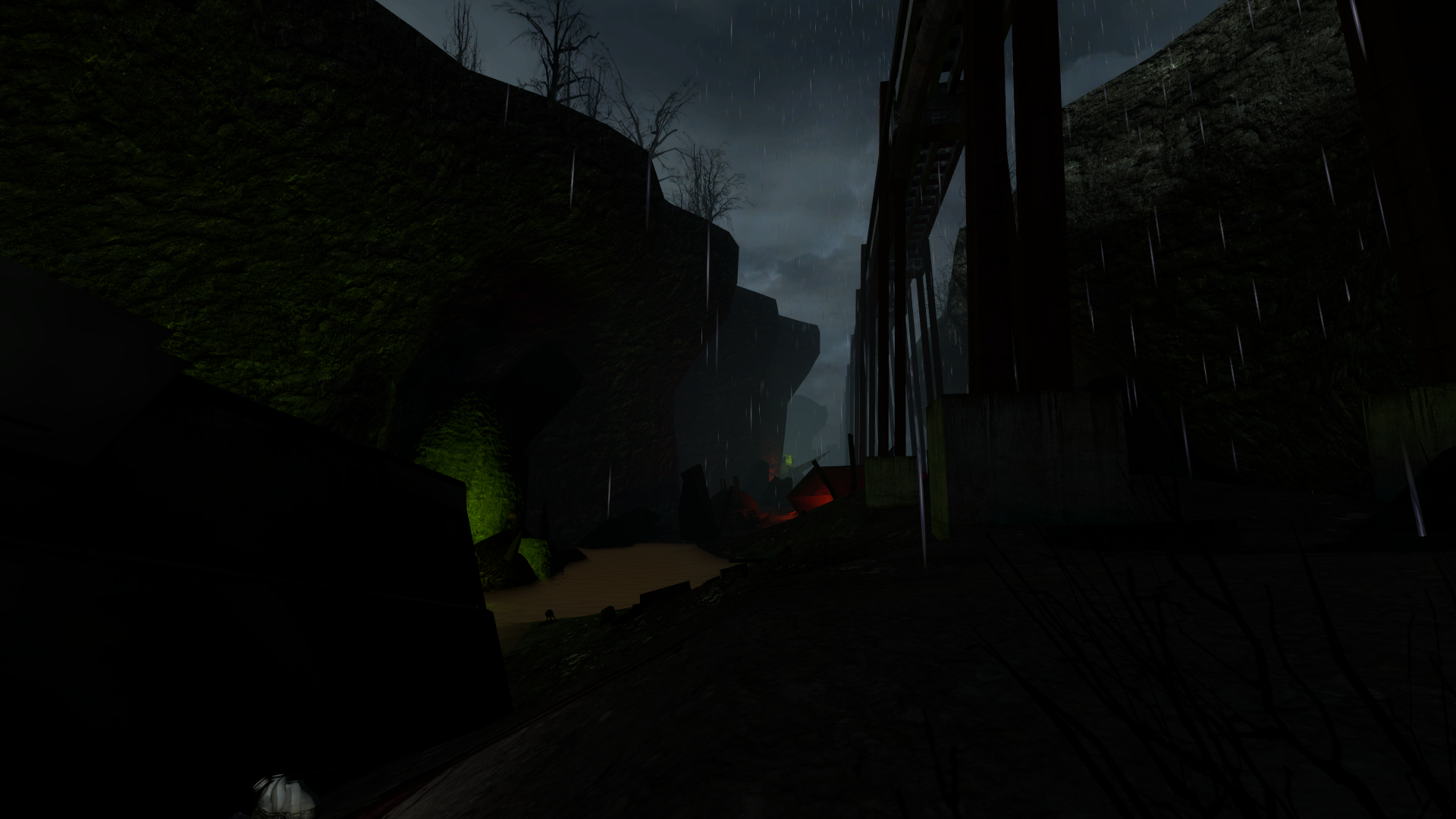 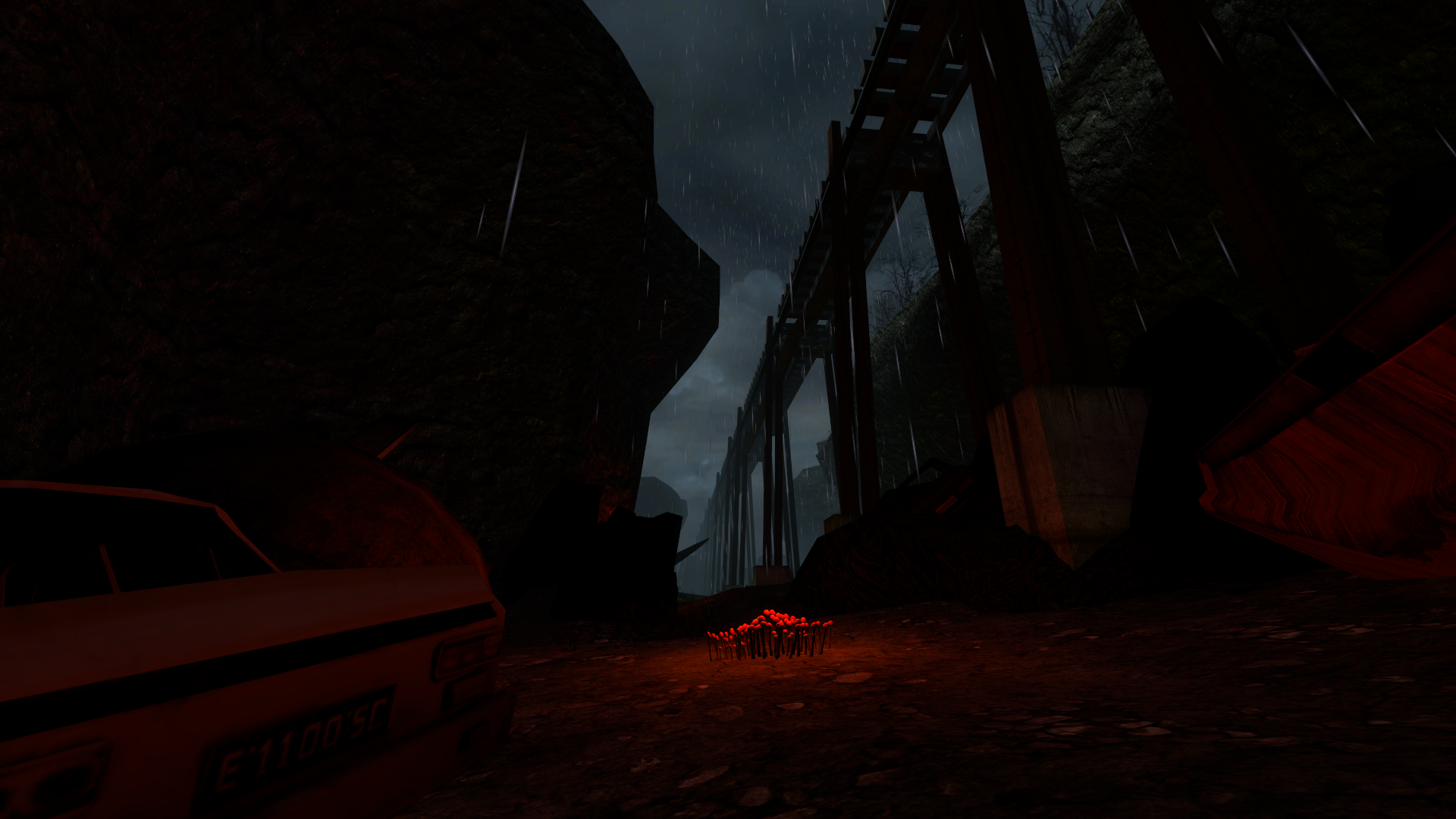 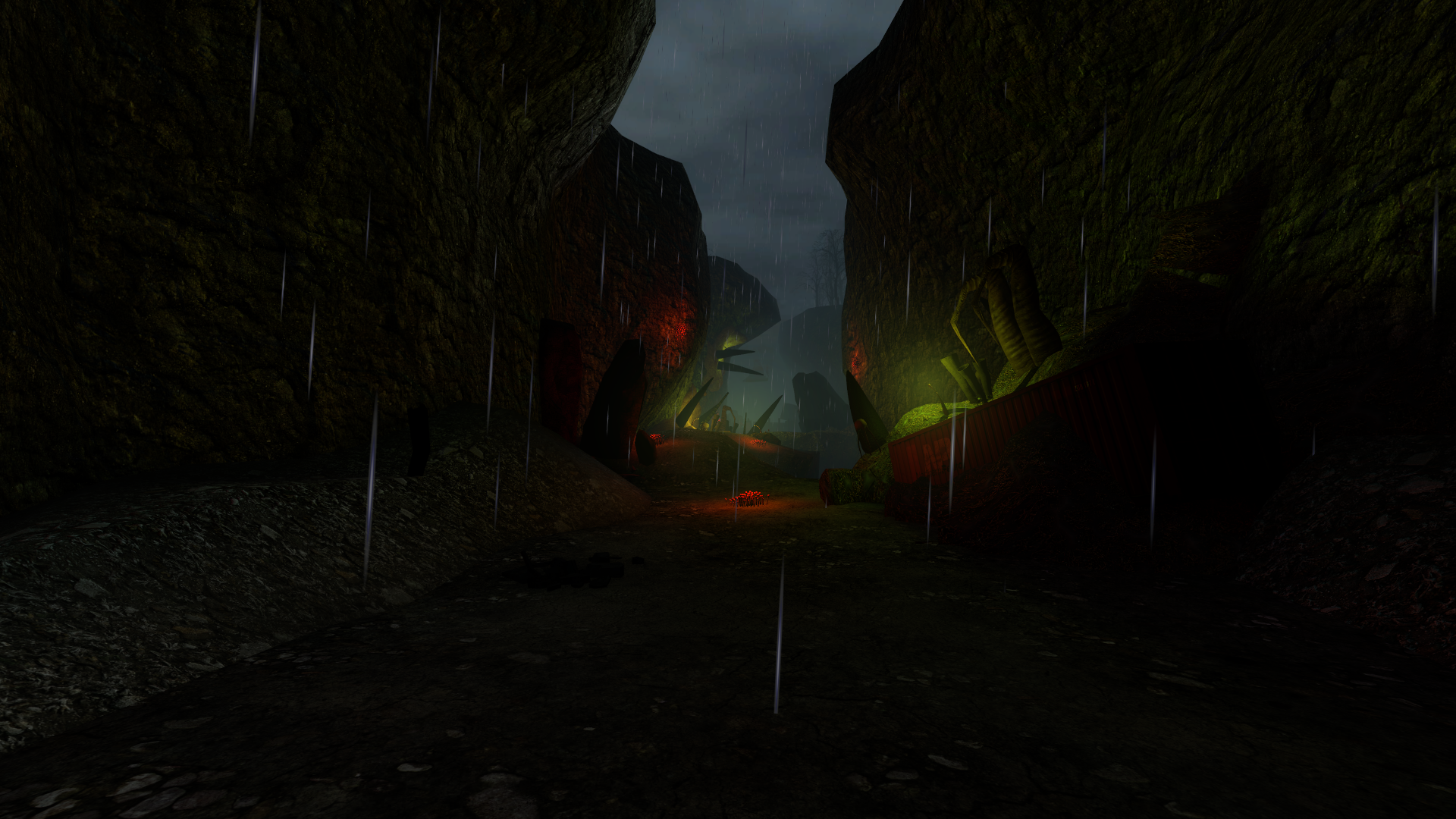 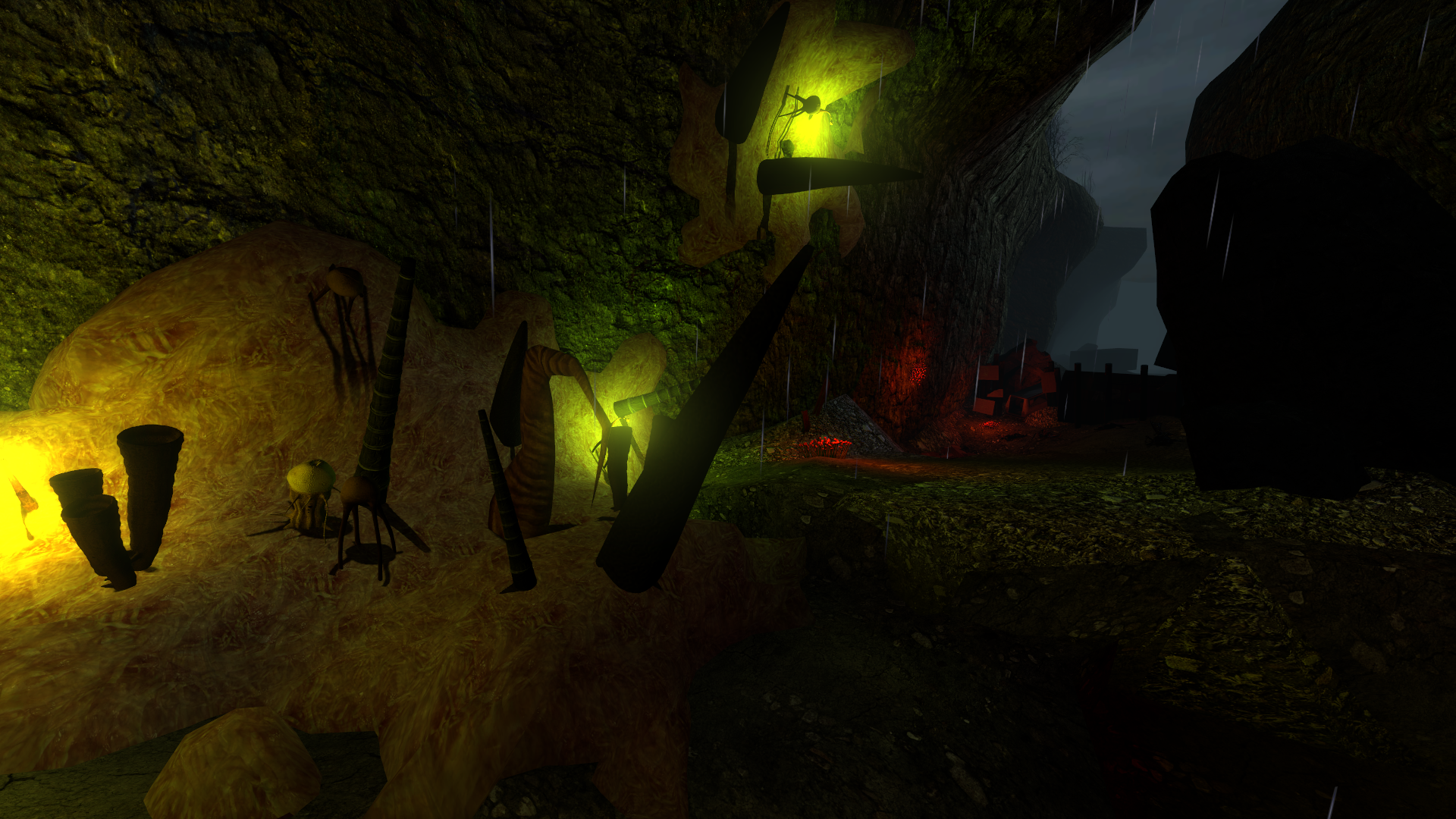 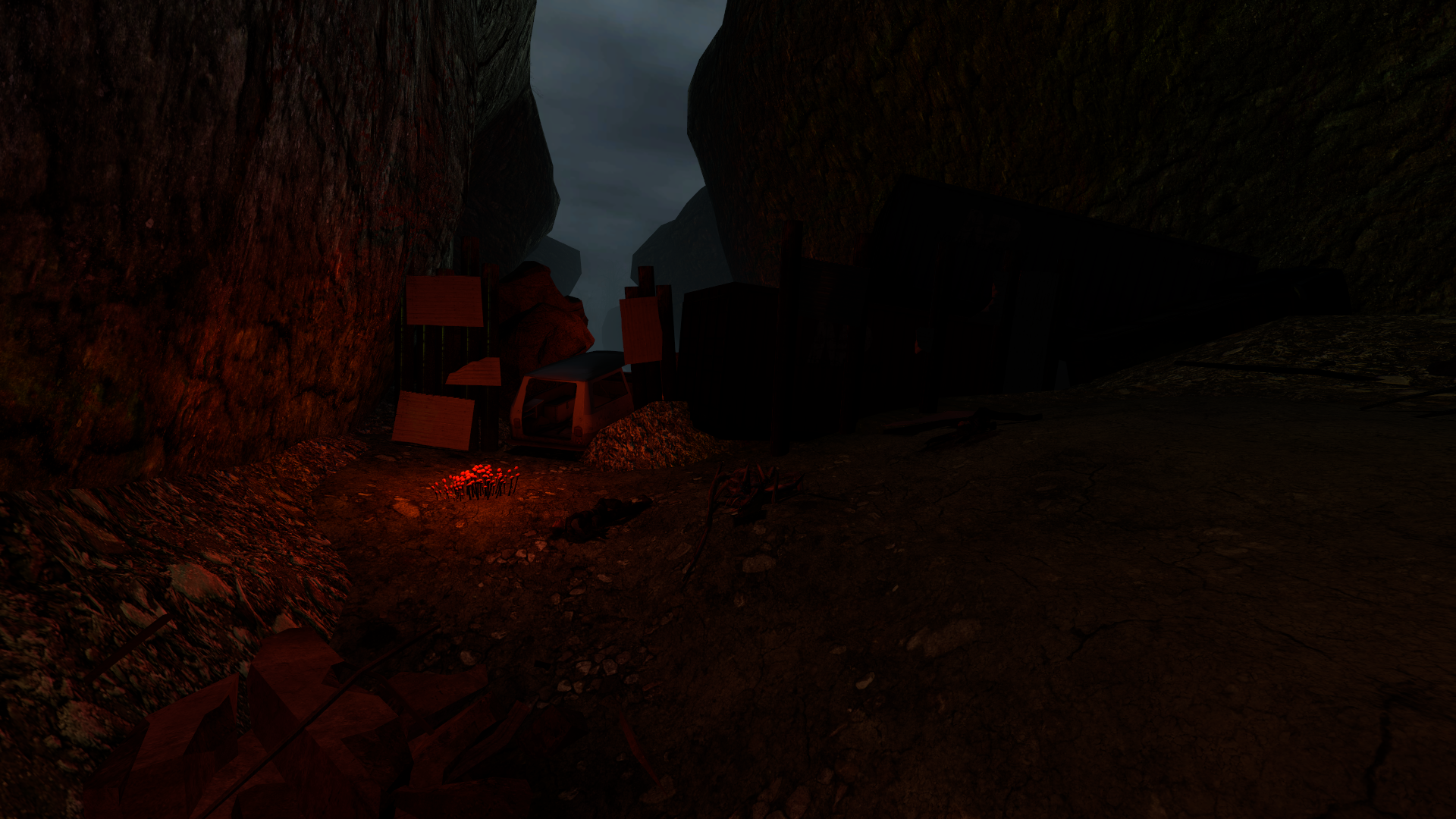 We’re also experimenting with larger, more open maps. We would like to incorporate some non linear gameplay elements into Outcast, giving the player more options to explore and be rewarded for doing so, if they decide to wander around and check out the environment they’re in. The wasteland in chapter one will show clear signs of a significant battle being fought during the seven hour war, with the land seemingly being torn apart in some areas by the Combine invasion. I’ve also been working on the map i showed off last month more, these are all work in progress, especially the first image here. 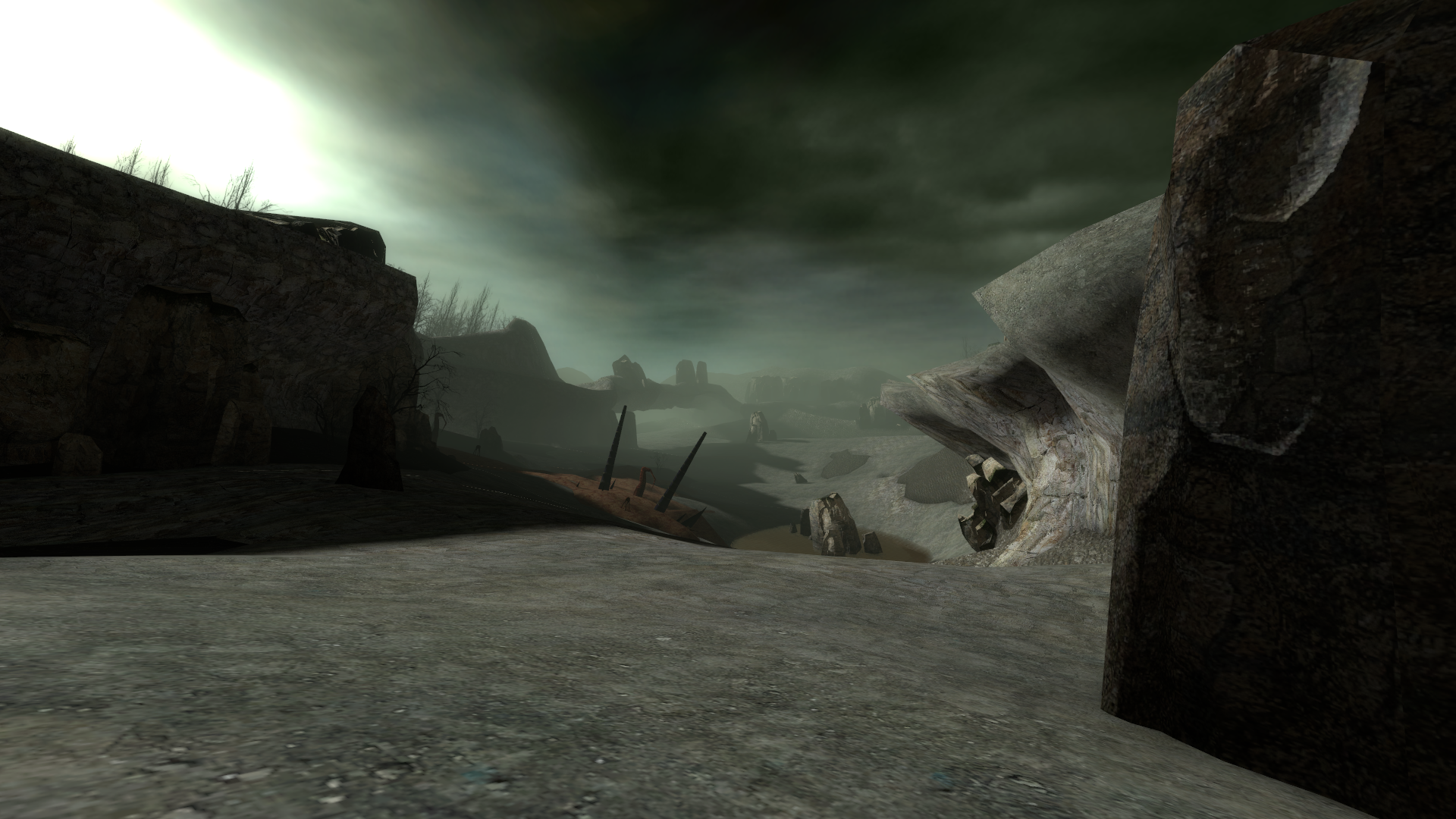 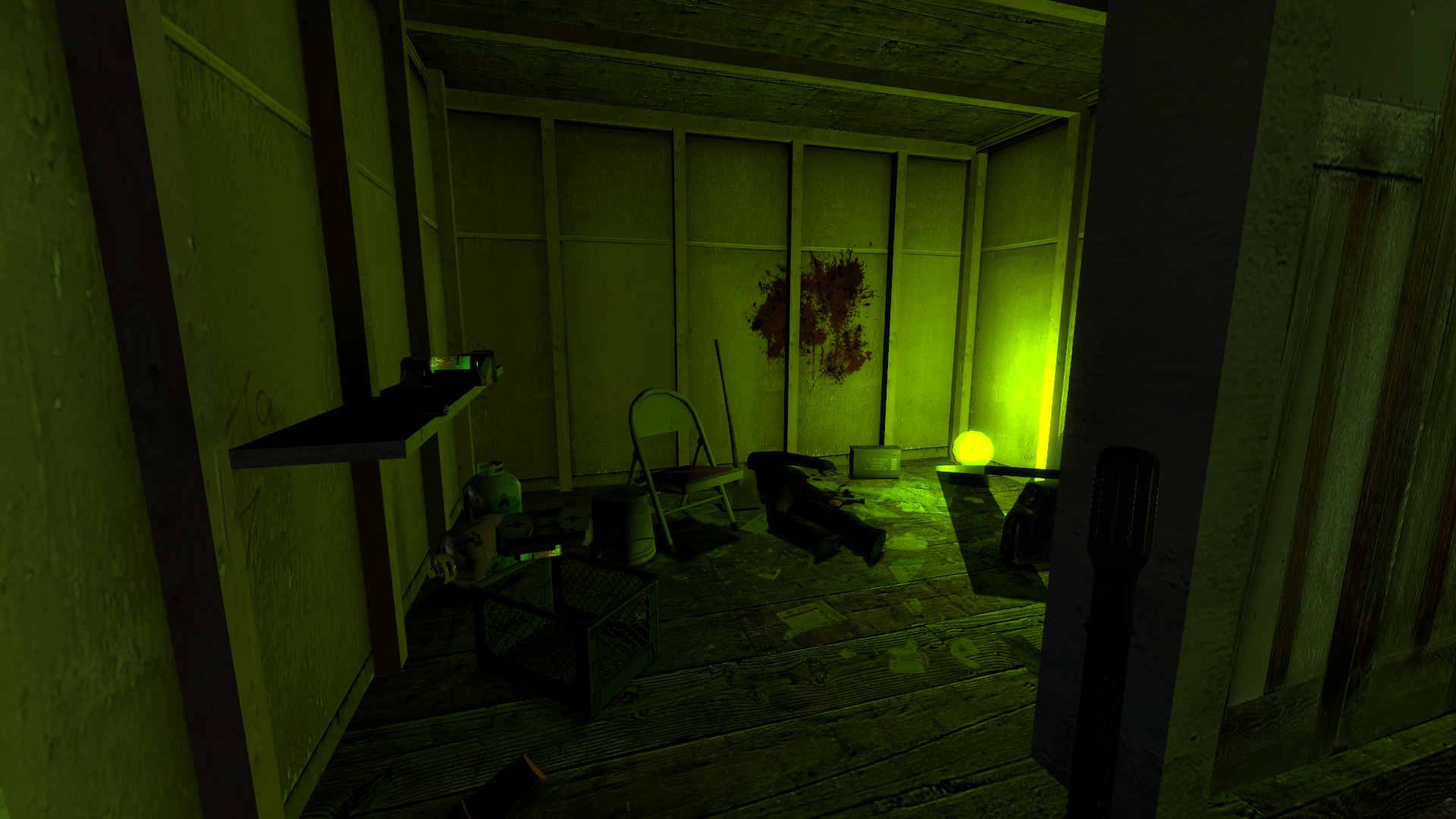 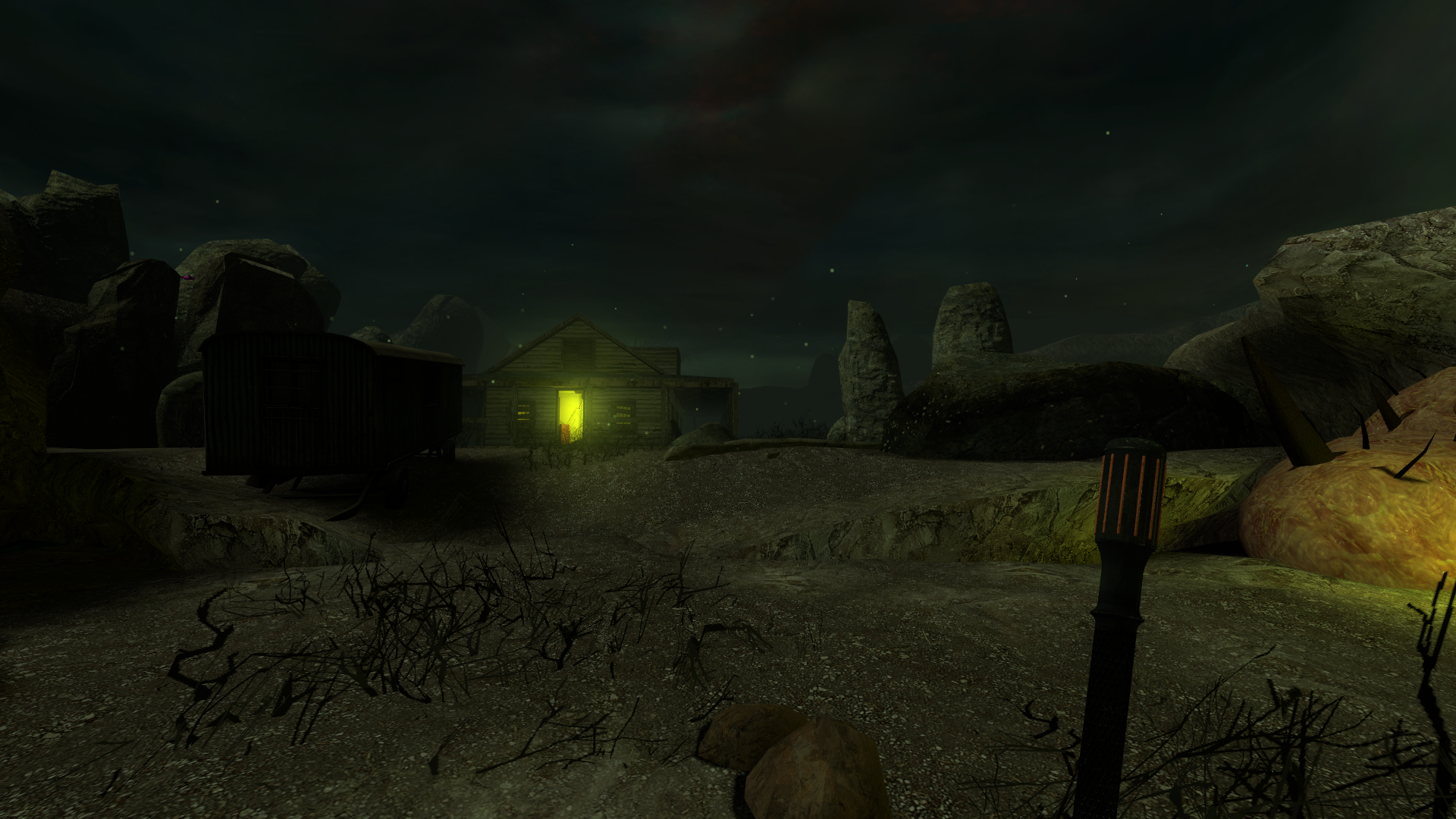 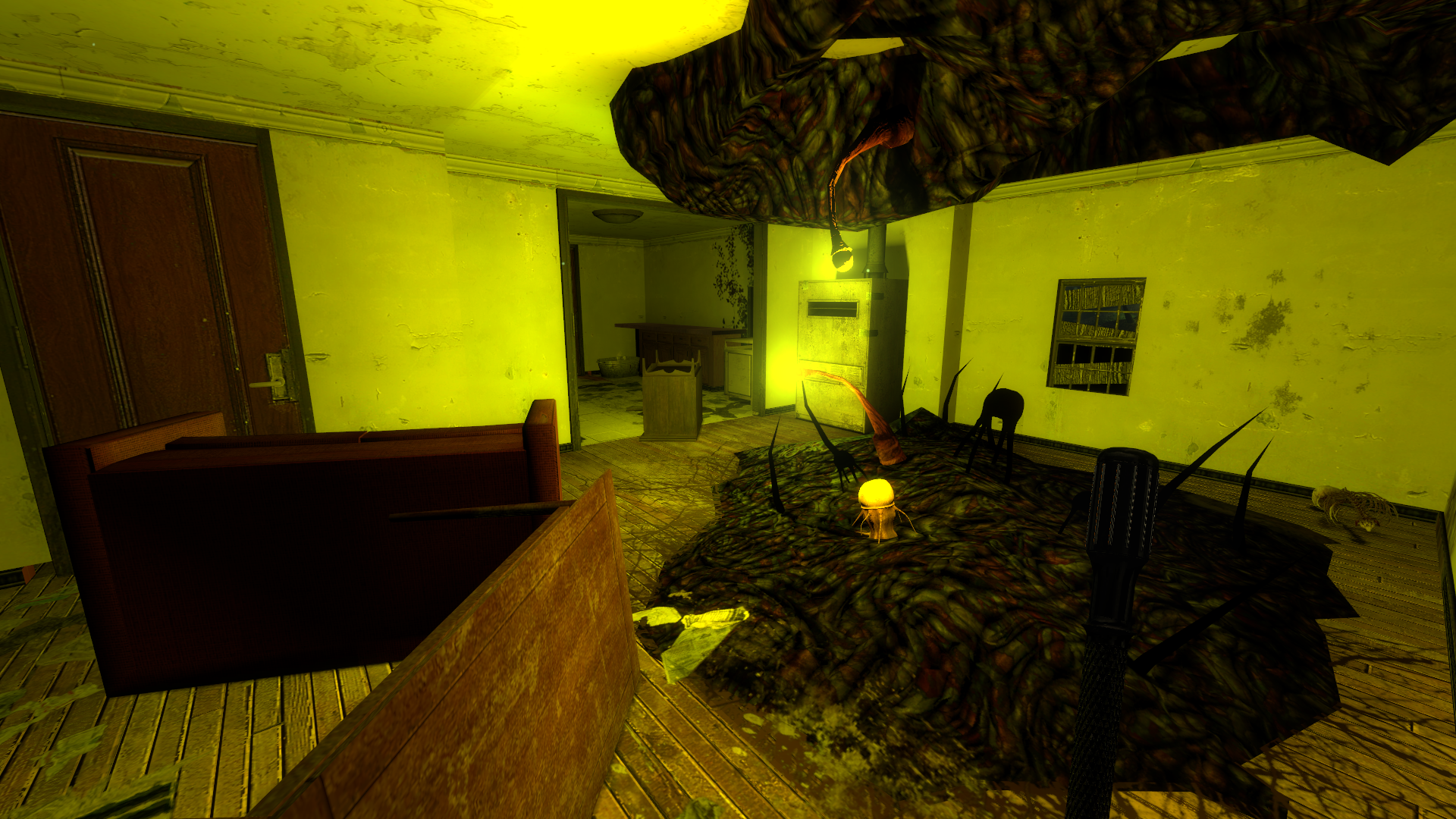 Here is a little picture I put together, mainly to show off a new logo I’ve created for Outcast 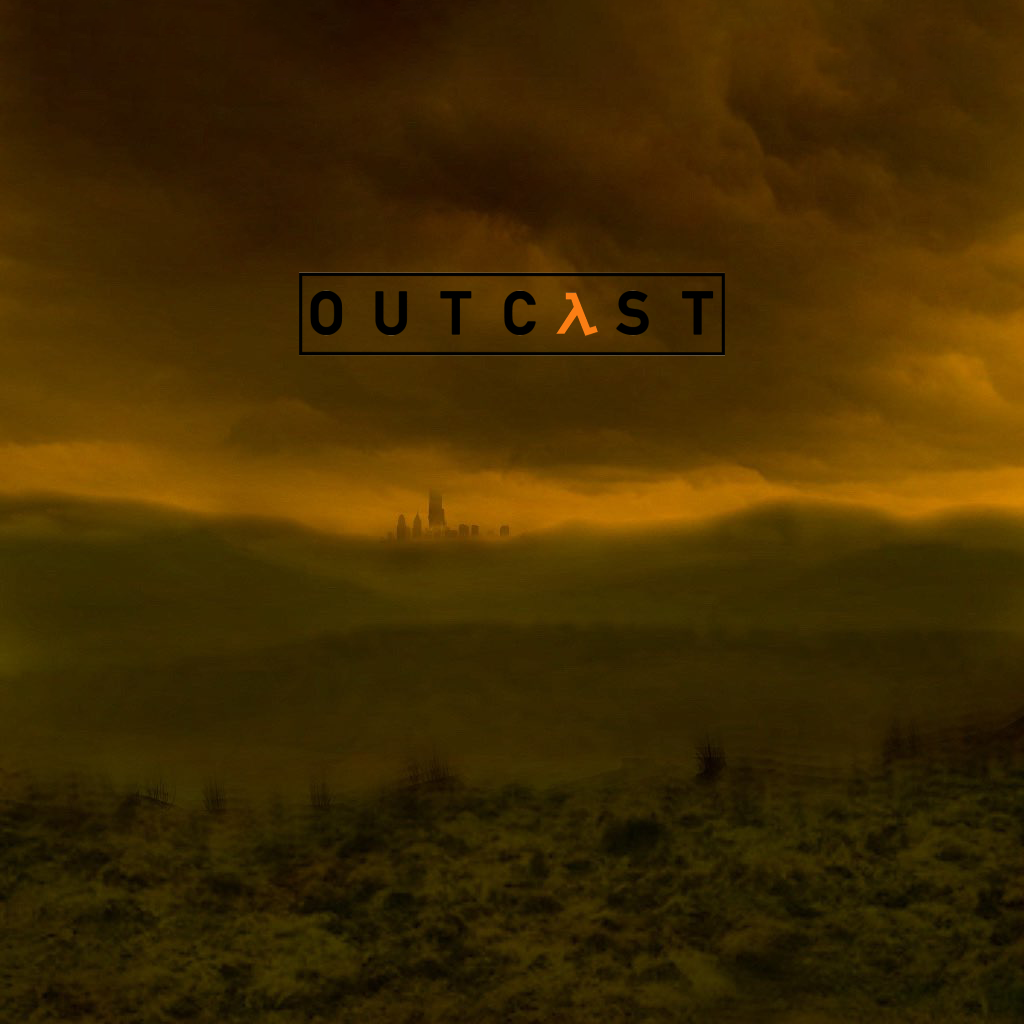 Another big focus this month was the antlion caves. Chapter 2 will be the final chapter of the demo, and will mainly take place in the Antlion Caves. The chapter will take place in an old coal mine, that is being converted into a hive by Antlions. I won’t spoil any of the story for this chapter, however I am excited to show off these pictures of d1_antcaves_02. 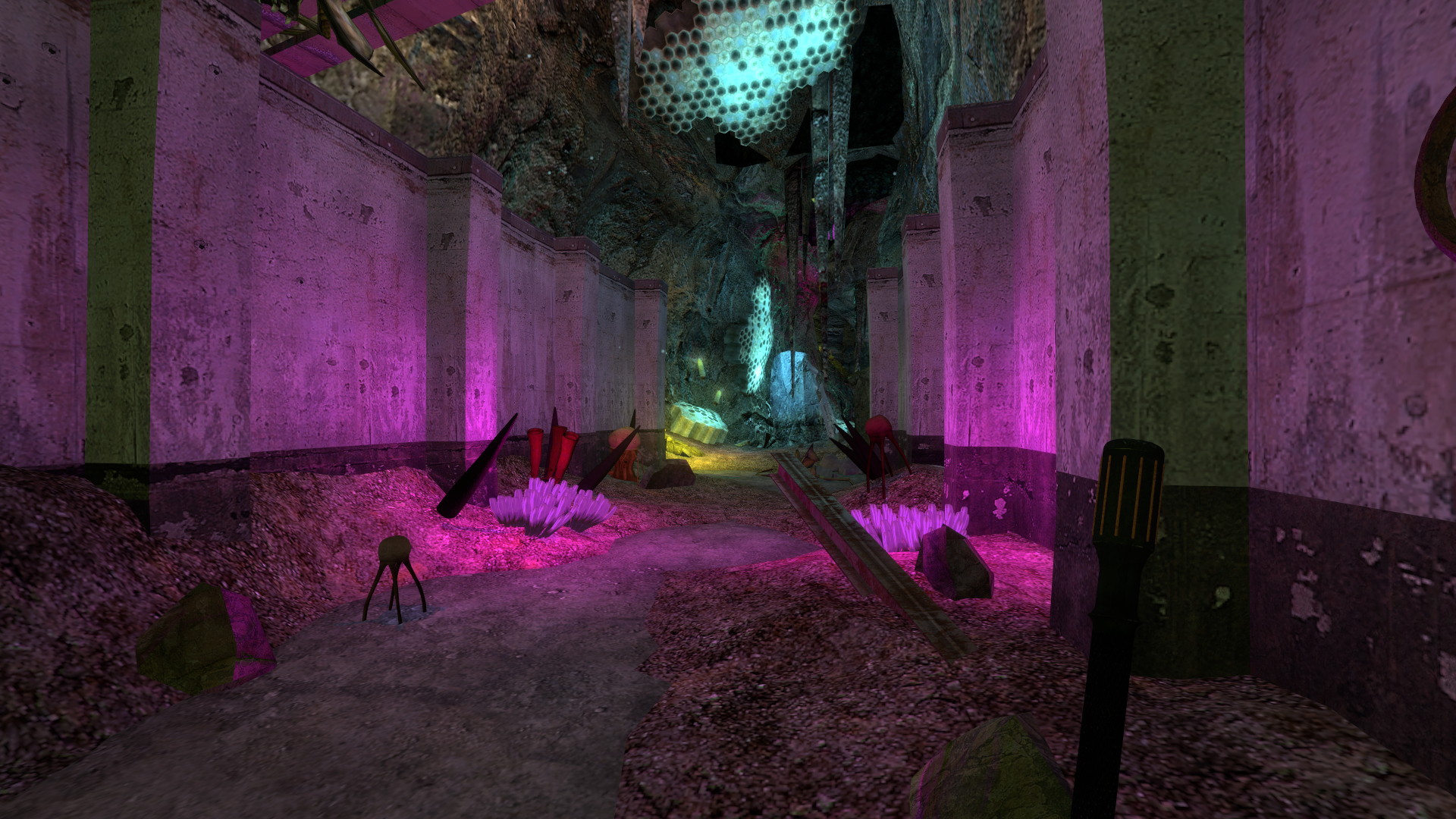 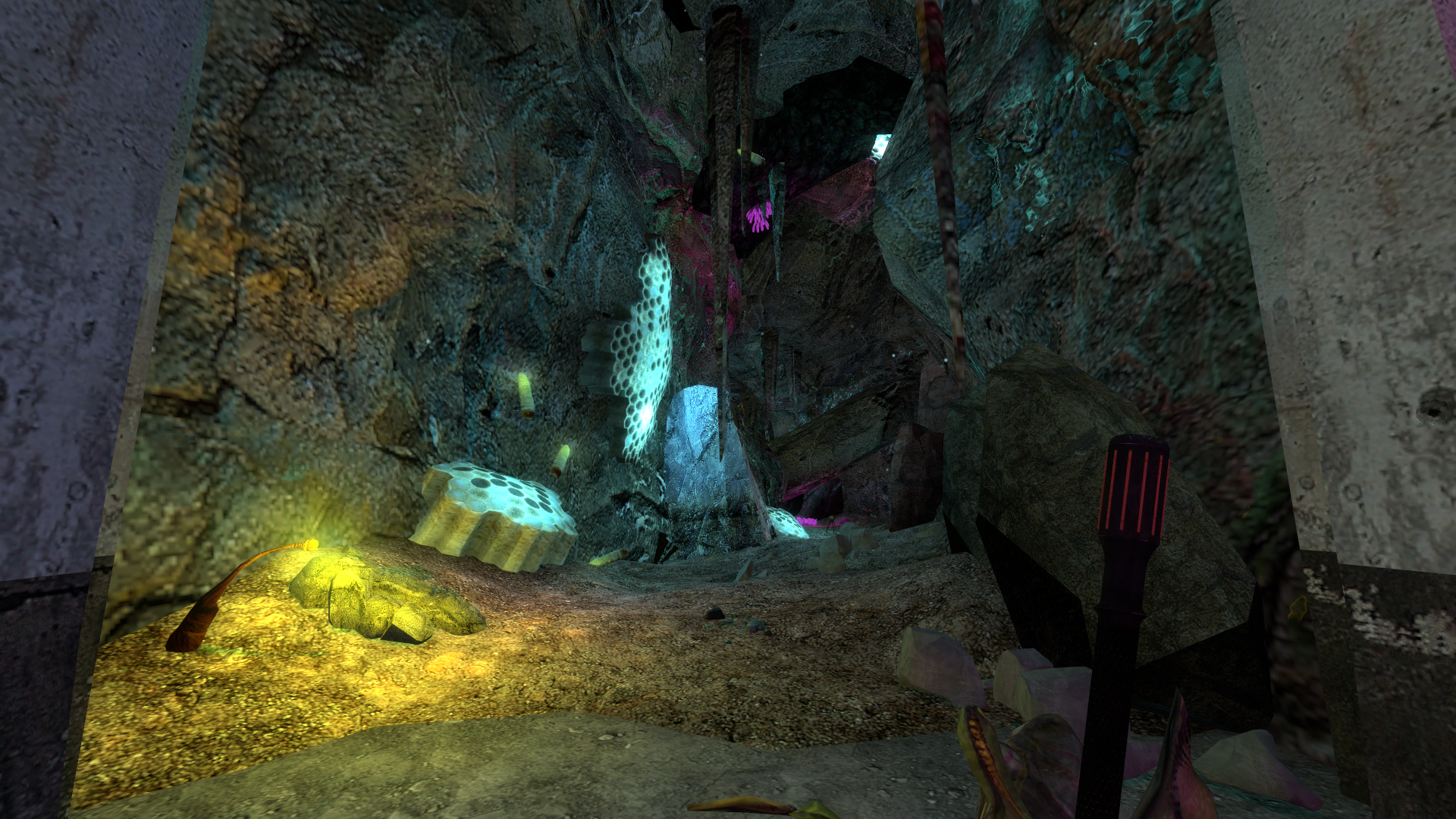 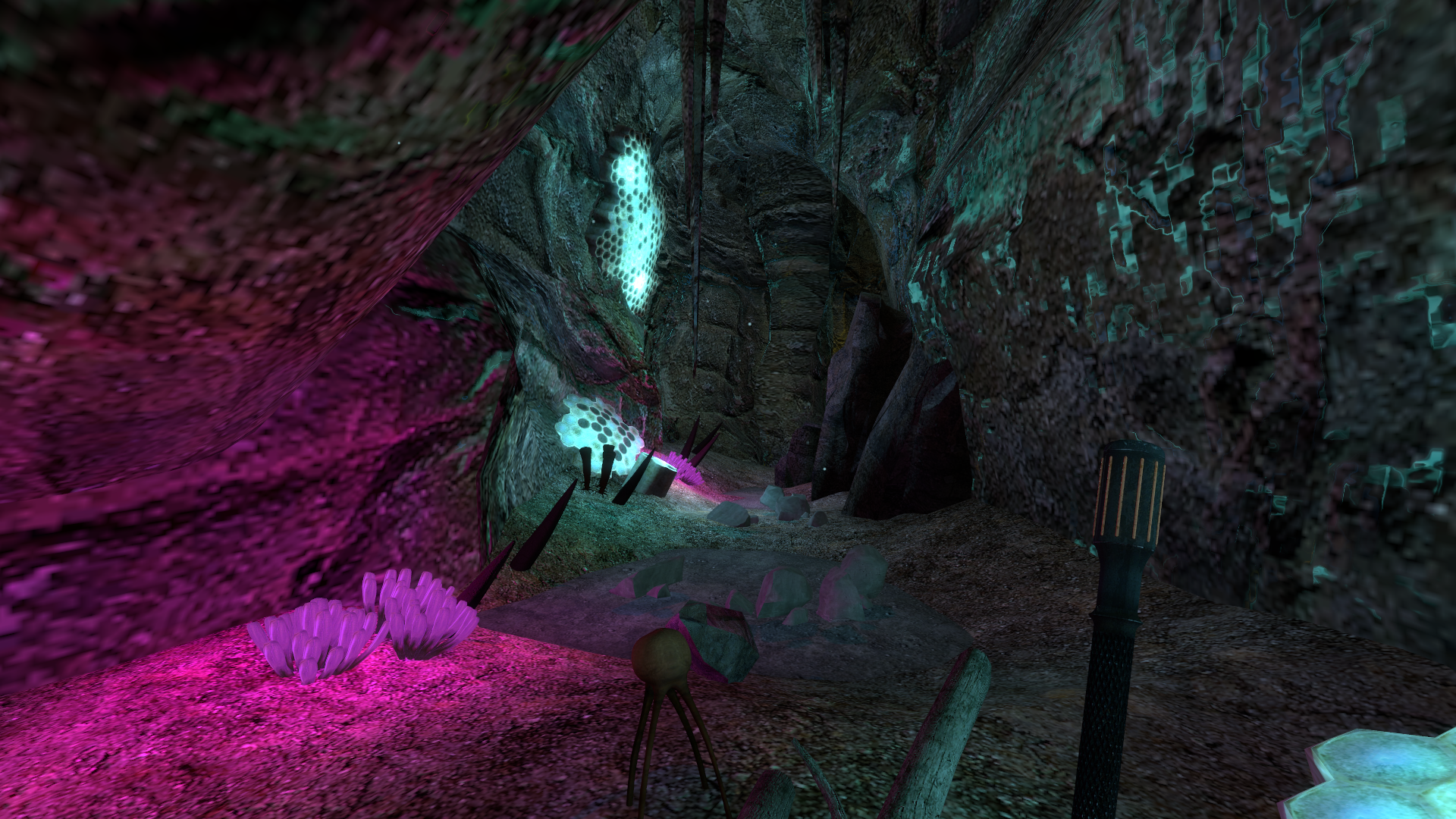 I always found the concept of the antlion caves interesting, but felt the enemy variety was rather lacking. Regular antlions and the spitter variant can be fun to fight, but it did get a bit boring in episode 2. Therefore, Marco and I have decided to rework the old concept of the Antlion Birther. The model is mostly finished, however the textures are still a work in progress so please keep that in mind. 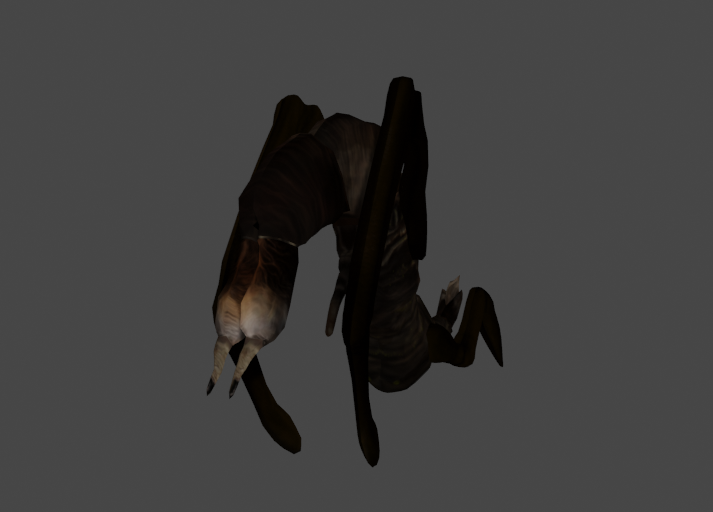 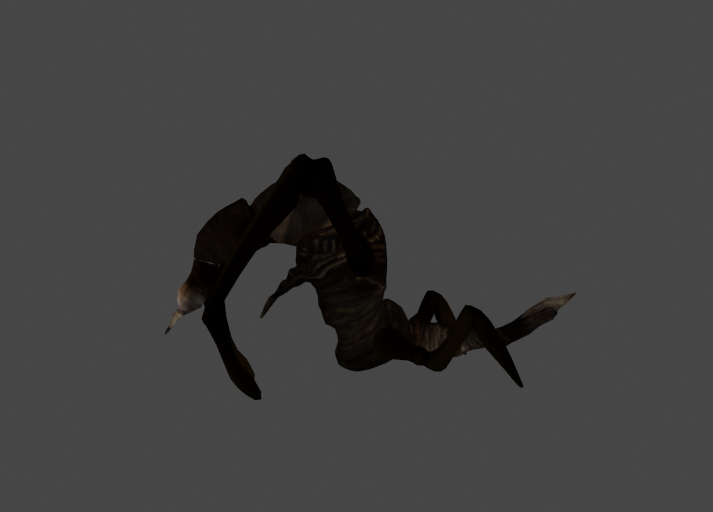 Well, that about wraps it up for this months article. I hope everyone enjoyed, and if you'd like to leave feedback I can be reached on Discord at Zapagoogas#9716 or you can join us in the Outcast Discord server at Discord.gg. See ya next month!

Going over the various changes made over the last month.

Going over everything new during the month of october.

Going over the progress that's been made over the last month.

Showing off some models that have been created as well as the official Discord server.

ok you have my intrest

this looks VERY promising! and im not just saying that because this is another beta mod! well, heh, i kinda am but im also saying that because this looks simply. stunning. the graphics, the enviorment, the atmosphere, it perfectly matches the depressing oppressive and hopeless and dark and gritty feeling that oozes out of the concept art and the hl2 beta mods. it simply looks amazing. i cant WAIT for this to be released! and for a demo to come out! keep up the good work! i have faith in this promising mod! (:

by the way, this is actually my comment. its from "guest" because i commented this before i made an account.

That looks really nice, keep it up

This mod looks great, but the link to the discord seems to have expired.

Ahh hell, I’ll reupload it. Sorry about that