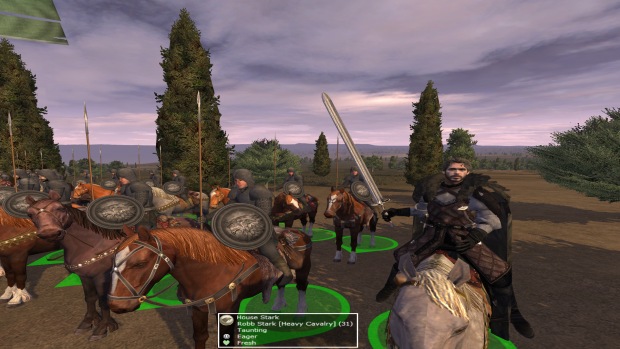 You need to have just one folder named "GoT" as in "Steam\steamapps\common\Medieval II Total War\mods\GoT - and then You'll start it by double-cllicking the executable.bat-file of the mod.

With the CD instead it would be "D:\Games\SEGA\Medieval II Total War\mods\GoT - and you'll still start it by double-clicking on the executable.bat-file.

I had made a mistake in the descr_scripts-file causing the mod to always CTD (crash to desktop) at turn 31 when Daario Naharis spawned with his army for House Targaryen- the reason was the name of the "Golden Company Cavalry"-unit - it was wrongly named "Golden Company Knights" due to that being the old name in the older version of the mod. I didn't remember that Firestorm had changed the name, but after changing the two entries the CTD ceased to happen - and I did just let the AI play for over 213 turns without any issues.

I've also replaced the Robb Stark-model by Firestorm with the one that Peaman rigged - the model and it's files are still in the folders with an altered name if anyone prefer it over the new. I think the head of the older one had higher resolution, but the new model is more close to the TV-show - and it also makes it stand-out from Bran, Rickon, Ned and Jon.