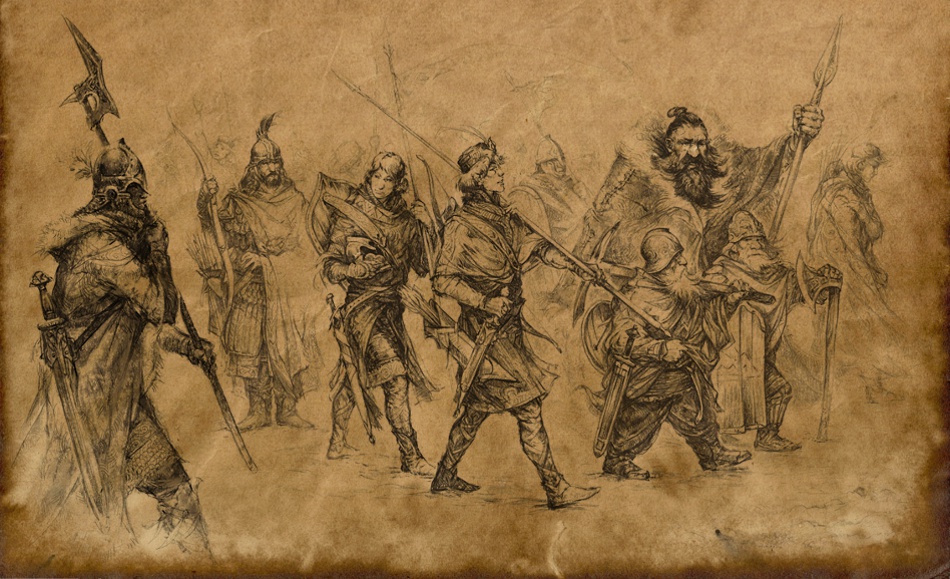 Today i want to show you a project called "Forodren Auth" what means translated "North Wars". It´s a LotR mod and will realesd as multiplayer mod, pehaps an single player mod will follow. In the mod you will play in the north of middleearth round about Dale, Esgaroth and the Erebor.

and much other Features

Yeah, strange wise i think i should introduce myself before i start to say something about this project. I am seventeen and come from Germany, i started modding in the age of fourteen, so i have some experience probably. This whole modding stuff is something like a hobby, i had too much time and was quite bored so i looked at my favorite game, of course M&B Warband and thought it would be cool the have my own mod, a mod where i can realize all my own ideas, the perfect mod. As you probably can imagine i came to the hard ground of reality pretty fast, there were so many problems... the first problem was i had now idea what i should do, i haven´t known anything about modding or game developing, nothing about scripting or modeling. So i have learnt many things, and i became pretty good in some fields. Enough for the moment, right?

As I said at the beginning of the project I was someone, who is probably known as noob, in the modding section. I started with some smaller scripting things, i can´t script too good at the moment, and continued with modeling thing, i learnt pretty much from two really good modelers one is called RuffytheMonkey, my first team member and the second one was called Noste, both are inactive since years. I learnt much stiff form a professional modeler called Bohemund, he is a quite active, part-time Team member. Lumos, NoVa and Gotha are some other part-time scripters of my team. It looks like i am the only full active, full working guy at the mod, help is very welcome, if someone knows what he do.
Yeah, I started the Mod, his first name was "North Wars", in the year 2010 at the German modding section in the Taleworlds Forum, it´s quite popular there, we became international at the year 2011, and in the last months perhaps 2012 i start this site here at moddb.

What make this project special?

Our project is not like other mods. I wanted to make it special, with his own unique features, like eagles and trolls. I want to make Rhovanion like Tolkien has written it, like he imagined it, so quality became more and more important for me. We plan to add siege machines and other interesting things, like a huge MP map of Rhovanion including all big locations in this area (Erebor, Mirkwood, Dale, Esgaroth, Thrandunils palace . Of course we already improved the graphics and the design. The Map will be first of all an MP mod, after the release of it we will make an SP, which shouldn´t take too much time because we will use the most stuff of the MP. We will also port the mod to M&B 2 Bannerlord when it´s released.

Pleas MAKE THIS MOD TO END :)

Guys it's dead, check out other mods forM&B, such as Blood in The West and The Last Days - Film Edition and TLD Overhaul they're still active. also there's another mod called Middle Earth at War

repair work for this mod

Is this mod alive?

Lol What happened to this ?

So is this still alive?