Escape from the Darkness - Remod

The Black Mesa Incident goes on.

Almost every personel, both scientist and security, lies in the pool of their own blood.

Whatever's left of the survivors either hid, gave themselves up, or fight to the death for their escape.


Another one attempts to escape from the darkness.


Remod is a HD mod for EftD that tries to bring :

Rapid Fire This Time Around!

Yep! Another one just as i finished the last one! Guess that's what happens when i don't go to college for a while.
But anywho, like i said in the summary, now that the holidays and vacations are coming to a close, i pretty much decided to speed up my hands and eyes a bit on finishing some of my remods. 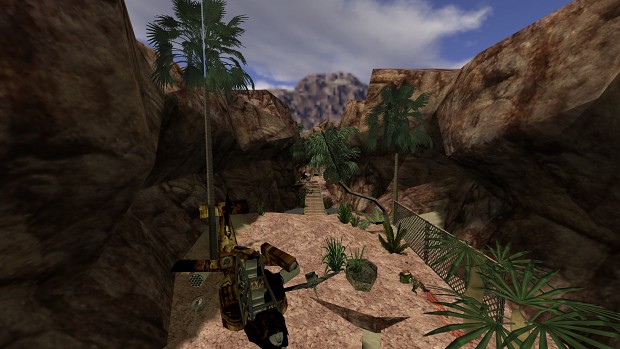 It's nice to have another mod that once again puts you in the shoes of yet another scientist escaping the (as always) highly dangerous Black Mesa, throwing you a couple of new weapons and even some new enemies to fight (no Race X though, a bit bummer).

The maps look and brushed awesome, first starting from the ol' classic Black Mesa, you were then immediately thrown into the frozen landscapes of Alaska, before going back to the more sandy deserty outer edges of Black Mesa. 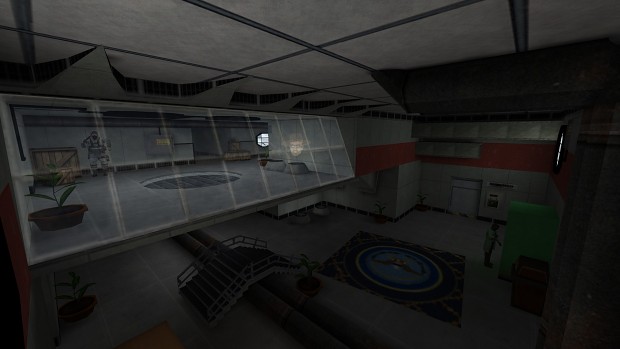 The difficulty has been altered a notch (which is pretty balanced, thankfully), with the enemies getting more blood drop out of you if you're not careful, while rewarding excellent marksmanship by giving the solid hard floor to the enemy's face if you've succeeded in putting one between their eyes (if they had one to begin with).

New textures look nice as well, i really like the little detail like the environment textures being given transitions or the cave stalactites being models while still using the original HL's cliff textures. 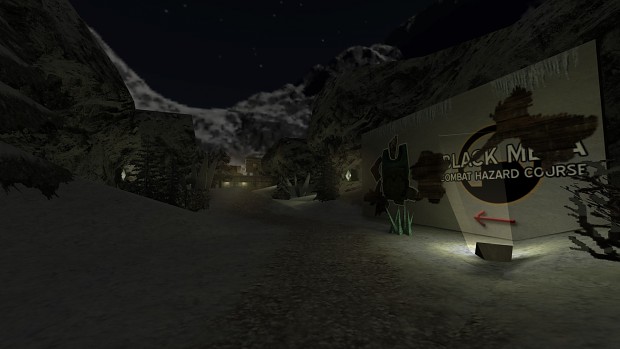 But of course, for every good things in the mod there's always something else to counter it.

The coding was a bit buggy (new HGrunt enemies drop old weapons if you save midmap), a jump in environments is as quick as a finger snap (no foreshadowing or anything, just that you're in the Alaskan Black Mesa base now for some random teleportation reasons), that hit-and-run surreal horror bit (once again, out of nowhere and ended as soon as it started), the somewhat arbitrary difficulty (enemies that can see you beyond func_illusionary trees but not the other way), and a final boss + ending that (yes, once again) pretty much carslammed you before you even know what's happening.

The main character's personality was grating, i REALLY was considering removing his lines/anything that has him putting an input somewhere, but decided not to because of the ending. 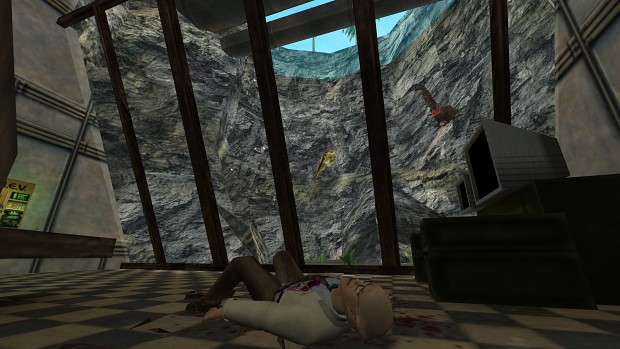 Getting stuck in the geometry is going to be a pretty big REPEATING issue in this mod, ALWAYS PREPARE SV_CHEATS 1 + SAVE/LOAD + NOCLIP JUST IN CASE.

The hazard course level is hazardous, a lil' too hazardous, hazardous as in first-time-playing-it-you'll-probably-die kind of hazardous.

The original new models were ok, though the animations of the v_ models were immediately the first thing i declared public-enemy-no-1 on my first playthrough, changing the animations first to something comfortable before even bothering to tamper with the actual models/etc. 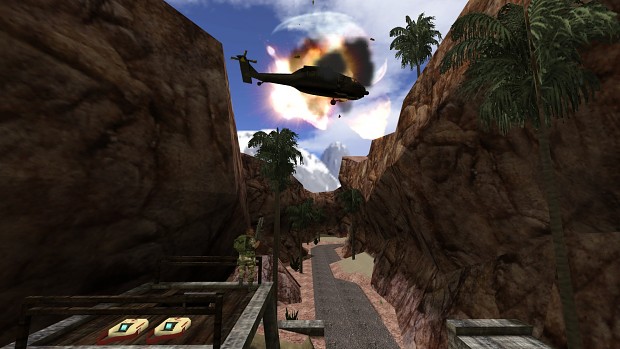 Game_text stuffs were really weird, with a lot of them GoInG lIkE tHiS aS iF iT's ApPaReNtLy ThE nEw TrEnD, which is (while understandable) kinda obnoxious to read.
Didn't really like the new music as well, felt like someone just went nuts and bolts on my ears, worse is that they use ambient_generic and are low quality .wavs.

Managed to fix most of them, and added a bit more too.
Decided to add in some HL2 tracks too to the mix, just to change the custom ones so that they don't feel out of place and the old tracks aren't left behind, heck, i've even added in the old alpha version of Diabolical Adrenaline Guitar on some music cue points, just in case. 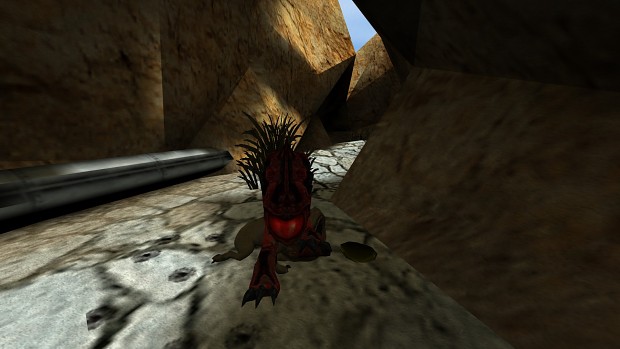 And well, that's all i can say.
Hope ya'll enjoy the Remod.
Thanks for taking the time to read this nonsense.

Welp, back to college then.
See ya guys later!

Escape from the Darkness - Remod 1.0

1.0 release for Escape from the Darkness - Remod, it already has all the necessary files to play EftD so no other installations required. Installation...

Escape from the Darkness 1.0 crossplatform v1.0.1

Bugfixed Escape from the Darkness version for Windows, Linux and OS X. Compatible with GoldSource and Xash3D FWGS.

Escape from the Darkness port. Just copy eftd folder to folder where is 'valve' located.

Hey man, thanks for making this remod!! Love to see people still playing eftd, we made eftd when we were in high school and we would have done lots of things differently today so glad to see your changes. You are awesome <333

I went to check this mod in Xash3D but installing 1.0.1 "patch" over the remod introduces a bug with the screen by adding a black bar at the bottom. How do I fix this?

LOVED the new weapons and models, they are leagues ahead of the clunky weapons in the original (Remember how Alex just shakes the MP5 until the mag just falls out?). I was quite astonished to see dismembered and mutilated bodies as well.

Also, was the final boss a Combine Advisor? I guess that makes sense in terms of the bizarre ending.

And the music? Great choice utilizing the HL2 soundtrack. Leagues ahead of that garbled low-quality crap they went with in the original.

All in all, I believe this is one of your best remods :)

This problem may be due to the model?

Try this. Overwrite the original.

This is a lower quality HGrunt, maybe that's the one causing you the problems?

But there are no any problem in training

Hmm, that is strange.
I really don't know what could be causing this problem.

You could simply reply to the previous post instead of creating new ones, you know?

Single Player
Tags
Embed Buttons
Link to Escape from the Darkness - Remod by selecting a button and using the embed code provided more...