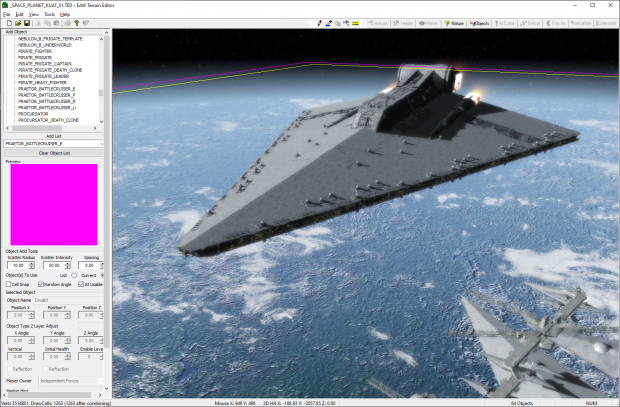 All the beautiful triangles.... *wipes away tear*

The third closed beta version has gone live and we're getting ever closer to the upcoming release. It won't include the mega unit phases, but it should include all the AI changes, the new UI, a few new units, and a ton of bugfixes and balance improvements.

Updated criminal starbase garrison to be a bit more random as befits a pirate faction. Rebel and Imperial starbase starfighter garrisons have also been redone with a bit more variety.