Titan, Saturn’s largest moon, had long since been terraformed. TTT, or Tidus Titan Triumvirate, a multinational and now multi-planetary conglomerate, of which the Union Aerospace Corporation became a part, began an overarching project to move the human populous to as many of the solar system’s outer planets and moons as could be achieved. Titan was to be chief amongst these new seats for the human race.

But old tales get retold. Or so it seems.

Contact with the base on Titan, Dragon Sector - Phase Two, or “Remade”, as it was coined by insiders, was lost.

You are one member of a combat team with a cohort of evaluators and investigators, sent to find out what happened. Upon final approach to the Executive Complex landing pad, your ship experiences a sudden malaise and crashes. You are the lone survivor, the only one who managed to bail out to safety.

But there? That is where your adventure only begins.

Skill levels: yes
Multiplayer: None
Dynamic lights required to be on
Required Port: GZDoom (ver 4.7.1 or later)
Recommended Mod: Project Brutality (Project_Brutality-master)
Tested with only GZDoom-based scource ports.
ZDL, or any frontend is recommended to make launching the mod easier.

It is highly recommended that you turn on the setting for precaching textures. We've used some very large textures where they mattered, and this can cause lag, as GZDoom, by default, loads them into memory during actual play. Precaching preloads all of the textures before play of a level begins, preventing this lag from happening. It makes for a slightly longer loading time before each map, but trust us, it will be well worth it.

In game, open the console and enter gl_precache 1. (This is already done for you in the full version download, if you use the CMD file for launching it.)

Also, it is highly recommended that you use the Vulkan renderer. It provides for a much smoother and better high fidelity experience.

Special Note: found in many of the (upcoming) maps, and in map01, are Security Drones and Security Bots. Equipped with quite potent plasma guns, they will prove to be significant assets when fighting baddies!

There are also two different types of stationary turrets, rocket and plasma bolt. Whenever found, find how to turn them on as much as possible! They can be very helpful!

We designed the maps specifically to run with Project Brutality. If ran with any other mods, the experience won't be what was intended. They will run with any other GZDoom-based mod, however. I tested them in GZDoom (without mods), Brutal Doom and with Russian Overkill. The maps ran in all without issue.

Turn up your music and get ready! We're hopeful that these maps will blow everyone away!

All assets in this wad are free to use without permission or accreditation necessary to the DragonSector-Remake wad (though accreditation is appreciated). All other authors retain rights to their materials, et al.

How much video memory does your graphics card have?

Update: 1/28/2023 - If you downloaded the Hotfix from yesterday, there was an error we missed. It is now fixed in this current update.

(Important note for this release: GZDoom seems to have introduced a bug that causes a crash at startup if you try to start our set from the game menu. As a result, for the “Full Pack”, we're releasing it with the previous version of GZDoom (version 4.7.1). For 4.8 and above, when you launch with your launcher (e.g. ZDL) just tell it to start at map01 and at what skill you wish to play at.

Also, we just learned you can go to Options > Display, and set the Screen Wipe Style from Melt to Burn. The set will load just fine with this change. Otherwise, GZDoom v 4.10.0 seems to run just fine. We'll try to let everyone know when the folks working on GZDoom resolve this bug. Now onto our release notes!

BarefootMapMaker found some performance issues in Map 5. They were substantial enough to warrant an update to the release. We're posting this as a hotfix, because there are no other changes, apart from this performance fix. We hope that this helps some of you out!

Regarding the GZDoom crash issue with 4.9/4.10. We've just been informed that the team has been able to nail down the cause of the issue. The fix will be in the 4.11 release of GZDoom. For the moment, the current workarounds still apply. Going forward this should not be an issue anymore. 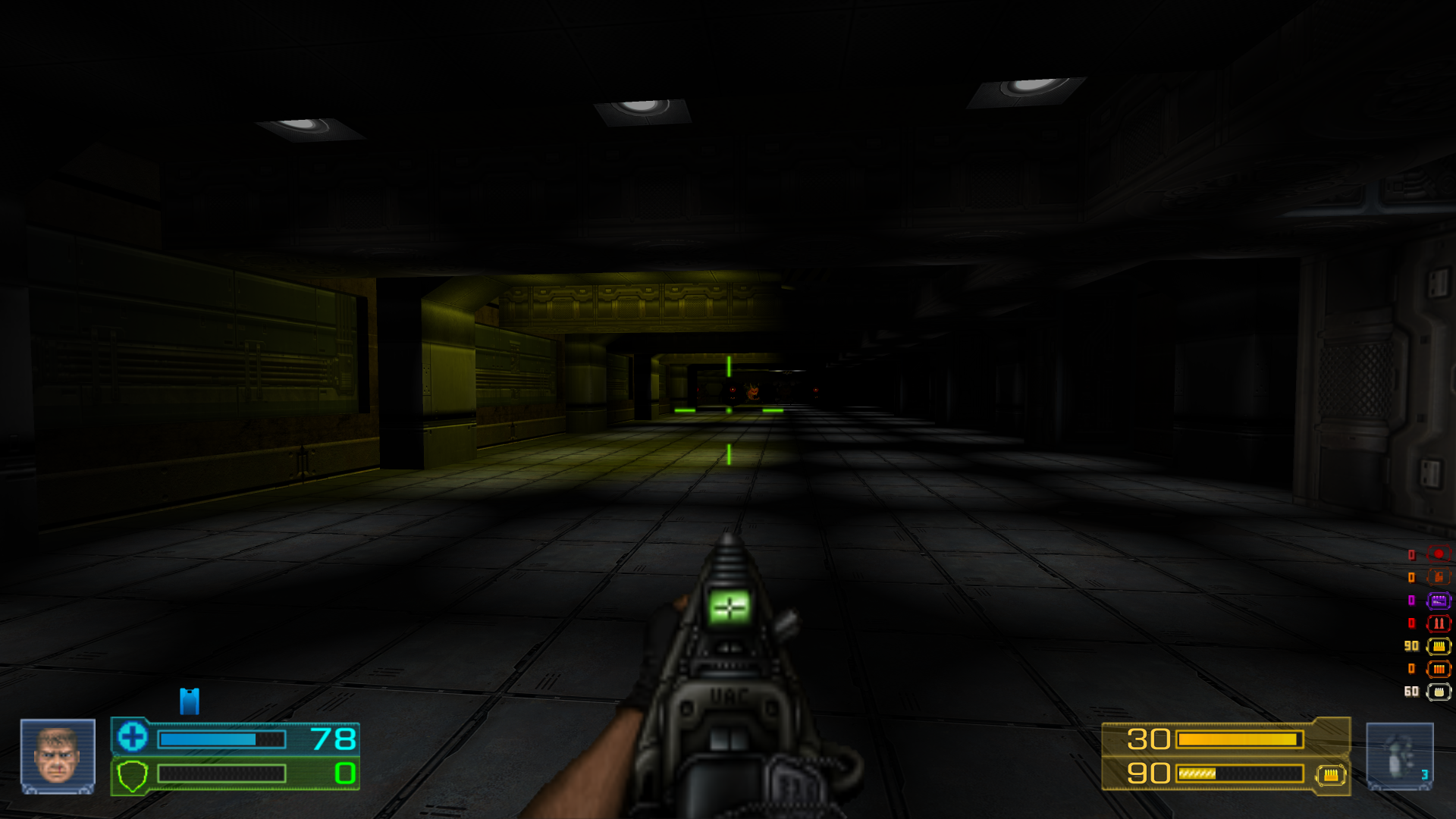 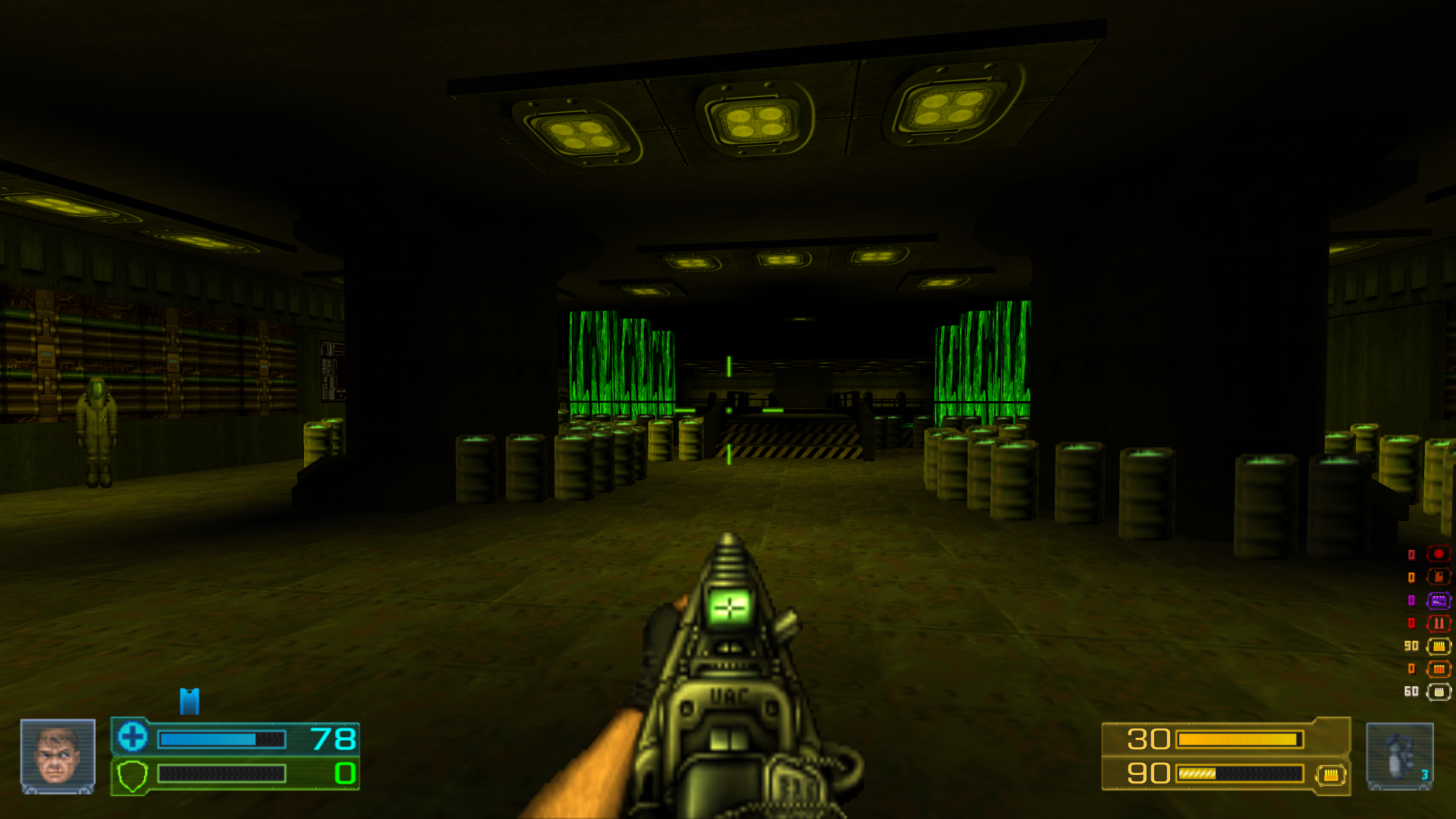 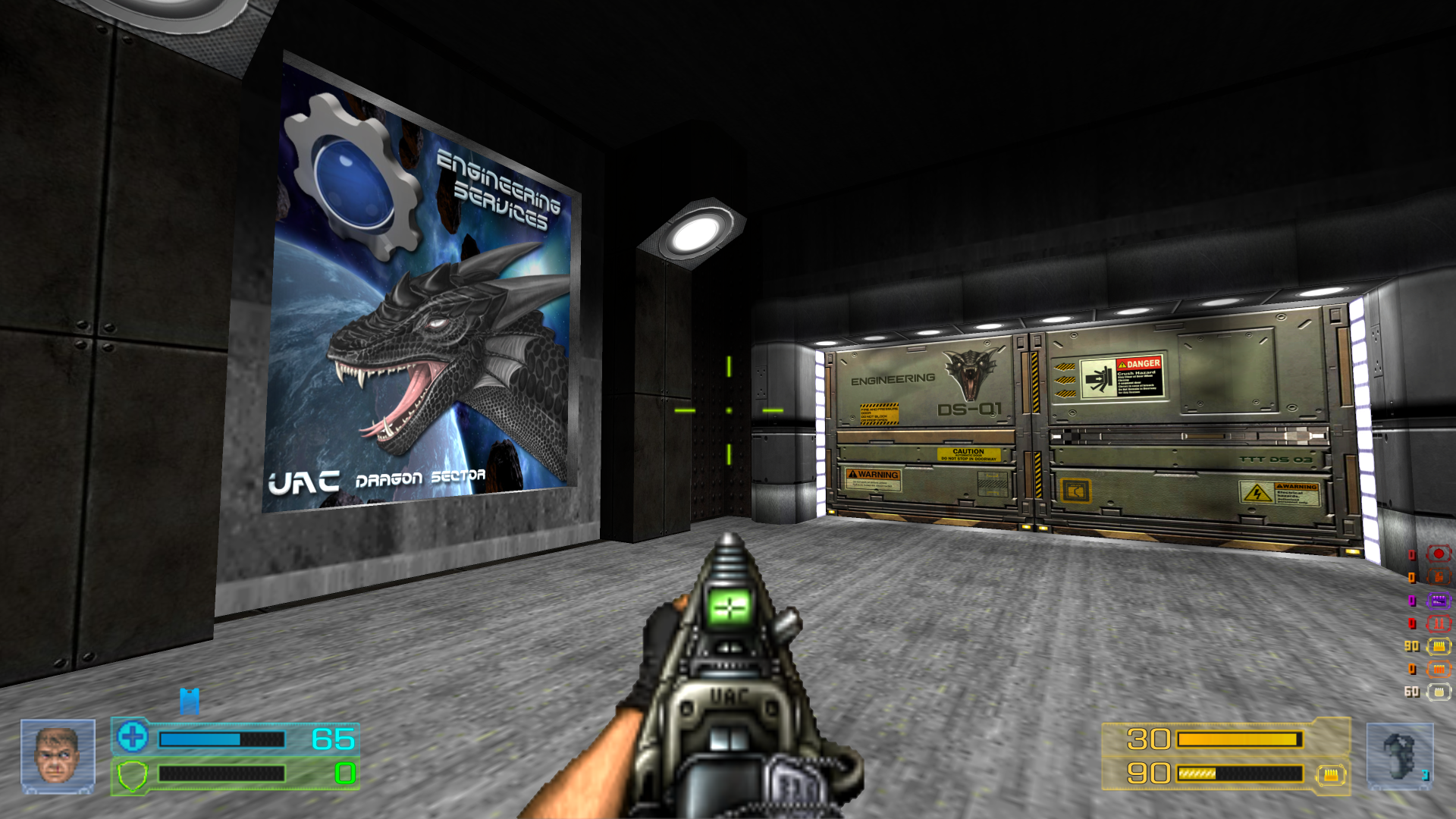 Map05 is complete! “Nuclear Station” is undoubtedly, our most ambitious map yet. It was over six months in the making, and is easily twice as large as any of the other maps before it. It has nearly 500 tags, a great many of those specialized actions, many of these happening in interesting combinations. It will be a tough play for the casual Doomer. A full bucket of fun for the hardcore Doom-player!

See the tutorial for instructions on how to get up and running.

We're trying to get an idea for the hardware you folks are running on. If you wouldnt mind taking this quick poll, we'd appreciate it.

It's only been a week, but we had some things we wanted to clean up, so here is another update to Dragon Sector!

After many long months of work, we're finally back with a release. This new version contains many enhancements and fixes, but most importantly, the debut...

A Status Update and a Big Thank You!

We'd like to thank everyone who has downloaded the mod. We'd also like to give you a status report on how things are progressing.

This version contains the same maps as the PK3 Only version, but bundles in GZDoom and Project Brutality to make it easier to get up and running on Windows...

This file contains the Dragon Sector pk3 file. Use this if you want to use your own Project Brutality build, or if you want to play it with another mod.

This is the friendly security drone out of Dragon Sector. Made into a standalone PK3 for you to use.

Looks impressive, but you chose name "Dragon Sector", wouldn't it be better to name "Dagon Sector"? Like a real biblical demon.

Nah, I think we're going to stick with Dragon Sector. Dragons are vast, powerful, and wealthy. Dragon Sector is a base that was also meant to be those things. Unfortunately, things did not quite go to plan.

One of the best maps ever . Sadly it's unplayable for most people on mobile . Would be really awesome if you could make a lite version somehow . But for what it is .it's perfect

We're shooting for another update this weekend. More performance help for Map 5, and I'm compressing the textures, which should help too. Neither of us play Doom on mobile, so we can't really test against it.

so how many levels is this planned to have?

Here i really thing this map needs more attention .
I tried a few mods with dragon sector and most worked fantastic

You're running this on Android? That's pretty amazing. I'm glad you enjoyed it. We're having a great time making them. :)

Its absolutely amazing . I just wished for a versiom without hardcoded enemies

And can't wait to see you play them, too! We really enjoy watching you play!

Yep. We've got four done, and BarefootMapMaker and I are talking about what the fifth will be. Also planning to do a minor update here in a few days to clean up some rough edges.

Is there any chance to get a vanilla compatible version ? There seem to be enemies hard coded on the map which prevent me from using monster mods

We're using many custom monsters. Monster mods will replace the vanilla ones that we did use, but we want to have mod specific monsters.