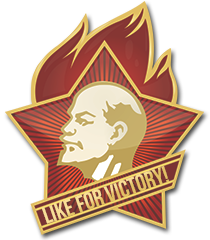 What is Dead May Never Die

I’d always hoped I’d never need to post a news update of this nature but anyone who has been following this mod will have noted the lack of updates that have occurred over the past year. The simple fact is that the staff behind Dawn of Victory, including myself, no longer have the time to continue this project and give it the level of quality you have come to expect and the project deserves. As such, we will be discontinuing work on Dawn of Victory and indefinitely postponing our release goals. Instead we will be releasing a demo of the mod sometime next year which will include all the assets we feel are release worthy; mainly a portion of the Soviet faction.

Dawn of Victory has been a major part of my life for nearly 8 years and as sappy as it may sound I have never been prouder, or enjoyed spending my time on anything as much as Dawn of Victory. Except for the podcast we released in ‘06 though, that thing was fucking awful.

But what strikes me most about this project and never fails to amaze me, are the talented people I have worked alongside with. When starting from an original idea you know that it will be much harder to find staff then when working on a project with “Star Wars” or “Half Life” in the title. It is immensely gratifying to know that the people who devoted their time to this mod did so not because they loved the franchise it was based on, but rather believed solely in the merits of the project.

My friends Hydrocarbon and Silver Mobius rank chiefly among these, you will find no better modders and no better people with which to embark on such a crazy idea like Dawn of Victory with. The fact that people of such talent would choose to spend it on a project with me is a tremendous honor and I could not be more grateful to them. Through their efforts; Dawn of Victory matched and at times exceeded the level of quality found in the original game, and continued to push the boundaries of what was possible in Sins of a Solar Empire.

And while I never missed an opportunity to insult, belittle or abuse our fans, know that about 60% of it was all in good fun. I have never come across an original project like Dawn of Victory that inspired more passion in its fans. At the time of this writing we have over 500,000 hits on Moddb. When I started Dawn of Victory I never would have imagined that a mod based on Soviets and Germans fighting in space could achieve such a following. My happiest moments in this project came from posting updates and awaiting the comments we would receive.

So does this mean we’ll never see Germany, The Democratic Federation or Japan? Is this the end of the DoVoVerse? Will Dirk Stryker and the Red Tribe of A Thousand Eyes rule the opium trade in Burma forever? Well, for the moment let’s just say if you’ve ever wanted to command the forces of the Orion Arm outside of the confines of a computer game, you might want to check our website in autumn of next year. We’re cooking something completely new based on the Dawn of Victory universe that many of you have been asking for. Oh, and it won’t have single player so suck it you bastards.

So until then, my most sincere thanks to the amazing individuals who devoted their time to this project.

He used to be part of what??

And all the rest!! 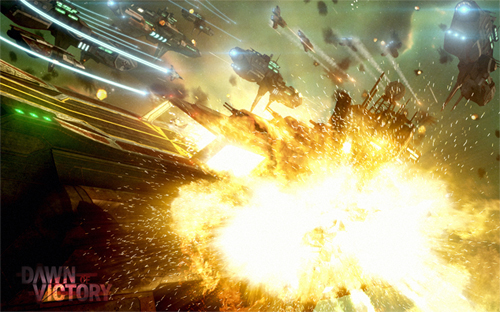 Greetings Comrades, The time seems right to finally mention our plans for the resource system in Dawn of Victory. It may seem strange that such a vital...

Voice of the People

We’ve reached the point of development where we are in need of some voice actors to provide unit voices and other such audio things for Dawn of Victory...

After what Soviet soldiers have taken to calling the “Hundred Hour Offensive”, Red Army representatives today announced that over 105,000 Soviet reinforcements...

The Language of Fire

Right, situation is as follows, most of Braken City has been cleared of civilians. The Volksheer have a defensive line down Stoph Avenue a mile from the...

I can and will meme F in these comments, but man did I think that features video was the craziest thing in the world when it was like 2011. I still think that he was light years from us stylistically at the time. This was a world where 2009's Bailknights graphics mod still had a lot of sway with the lay modders- I hadn't seen anything look so clean.

Pour one out for the homies (F)

Doing my once a year obligatory F in chat.

I just really wish, that one day you will be back. Maybe on another Plattform, but please, don't let this masterpiece sink into oblivion.

The cruel world took this mod from the world before its time. We will never forget you.

The Exodus Saga: Shattered Alliances Sins of a Solar Empire

SolarFlair Sins of a Solar Empire

The Last Stand Sins of a Solar Empire