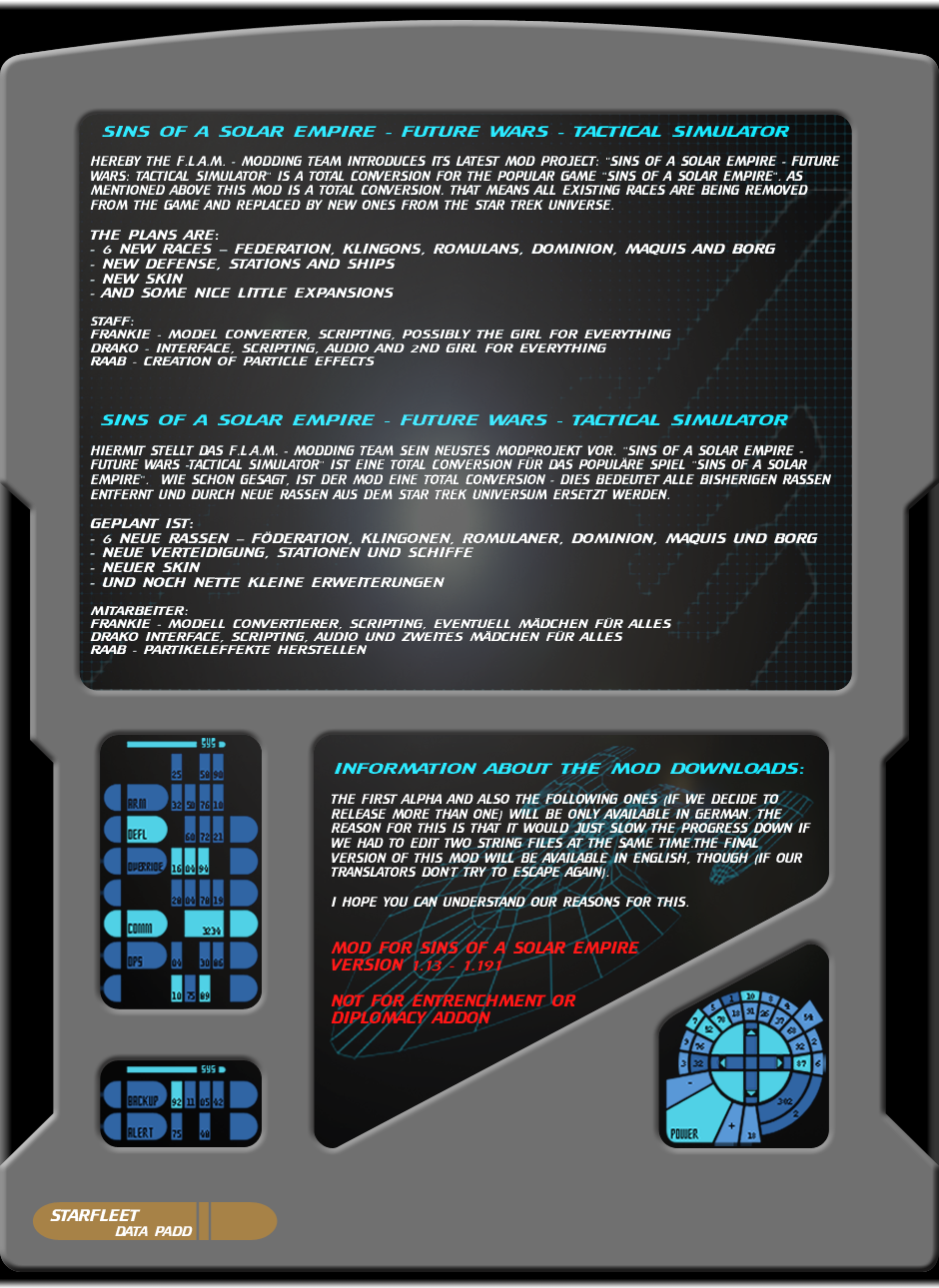 Information about the mod downloads:

The first alpha and also the following ones (if we decide to release more than one) will be only available in german. The reason for this is that it would just slow the progress down if we had to edit two string files at the same time.The final version of this mod will be available in english, though (if our translators don't try to escape again).

I hope you can understand our reasons for this.

after a long time...

after a long time I'd finally like to announce some news again.
First off, although the team has lost some of its members the mod still continues. Progress is taking longer than before, but I have been continuing the mod on my own.

So, that's is the current state of affairs: 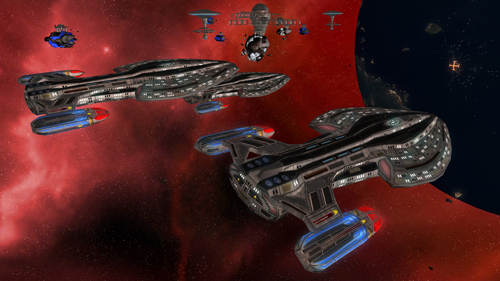 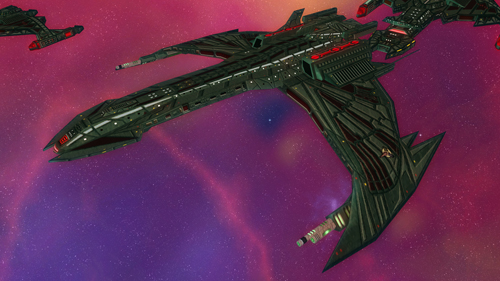 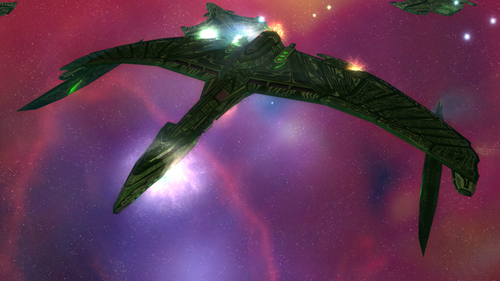 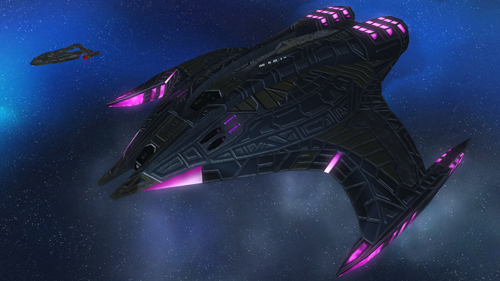 (look for yourself in the image section!) 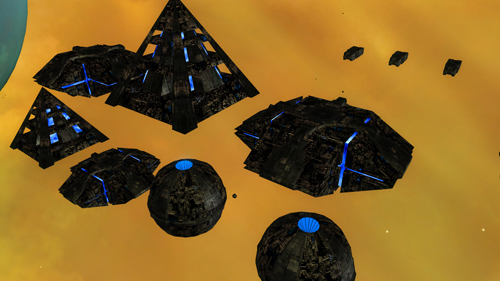 So, things are looking quite good right now. I'm trying my best, but due to the lack of team members the project is progressing really slowly. However, I hope you keep following the mod and that I can present you the final version soon.

That's it for today! Stay tuned for more!
Frankie

By popular request we have now decided to make an update for Sins - Tactical Simulator 0.4 to version 0.41 . This version will be "still" only in german...

Release Alpha 0.4 of the Sins of a Solar Empire - Future Wars - tactical simulator

Release Alpha 0.3 of the Sins of a Solar Empire - Future Wars - tactical simulator

i guess it is obvious im not going to get an answer :(

As far as I know there is no official english version. But a player made an english version and was giving it to people who messaged him, I don't know if its still around or not.

i am sorry if i seem like a pest i do not mean to be but cane someone please answer me as to if the creator of this mod made the English translation version or not?If not is their a possible way of somehow changing it to English without going in and messing with the code because i know diddly squat about coding and the inner workings of a computer :(

This looks very cool. but does anyone know if they ever made the final English version?

The sentence "Don't you die on me" in the SoaSE mod community is a bit too much overused.....all mods are released and dead or dead before the release...it's depressing to see awesome mods like this being left to be forgotten

Looks dead, how depressing it was pretty sweet would have loved to see how nice it would have been if it was finished.

so its always gonna be in german..cool

I have the translation for the last release

for the next?? or what cause i dont see a translation anywhere.

While I may not speak any German. At all. Ever. I can still appreciate the quality of work used here. The ships are fantastically original, although, the lack of many of the most noticeable and memorable ships in the Federation and her allies is a little disappointing. Many of the planets are glaringly bright and flash at you, which is off putting. Their UI is fantastic, along with much of their research tree and, although lacking some key symbols, their user icons are pretty impressive too. I'd…

Nickzz22 Sins of a Solar Empire