Mod has been indefinitely postponed for the time being, check us out on Facebook for new developments. 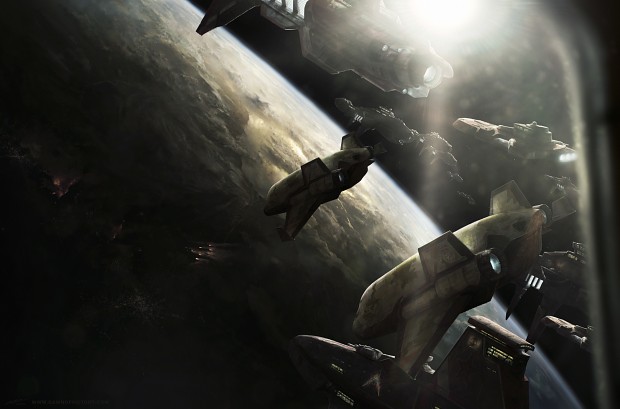 That is awesome and i can't wait to see more!

There's incredible detail on those clouds and atmosphere.

And the ships look nice as well, of course.

A Dawn of Victory update? This just made my day.

Why it's not original game fotage? I want graphics like that!))

Been a while since the last update so any mod changes or progress rather than art.

I swear, Dawn of Victory is the only thing that can match a great 20,000 word story with an image and some accompanying text.

This is SO my new Wallpaper :D

On September 17th 2287, after six months of near constant German successes, the eyes of every soldier on Vega turned skywards to witness the unbelievable. Against the burning horizon came wave after wave of dropships, landing ships and strikecraft as coordinated orbital artillery struck precisely along the vanguard of German positions. The 10th Guards Shock Army had arrived and the might of the Soviet Union would follow.

Very special thanks to Godwin, whose immense talent without which this project would not be possible.