This is one of the best mods for Empire: Total War as reviewed by thousands of fans.

It improves greatly the Gameplay & AI

while it includes
hundreds of new units,
dozens of graphics & sound mods
and many selectable gameplay features.

Witness now... Empire: Total War
as the game it should have been... from the beginning.

For more information visit our forum: Twcenter.net
Give us your Rating!


Get the Latest Patch

Do you have a problem with the mod? 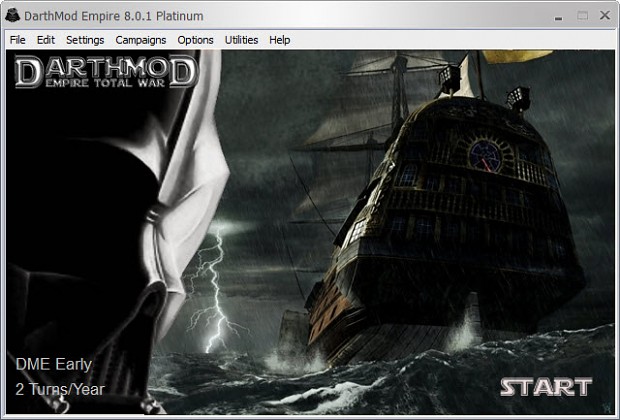 This patch comes with an automated installer, fixes many DME Launcher issues and enhances the gameplay. 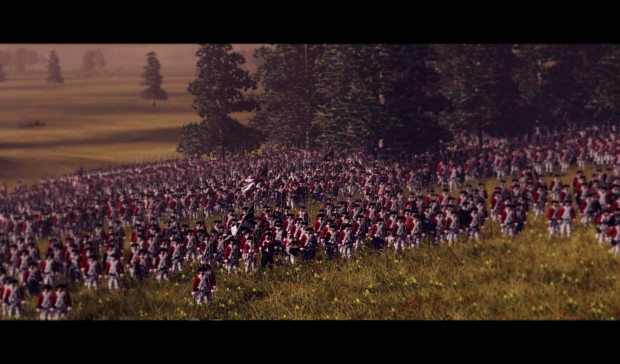 It is save game compatible (you have to set the launcher to the previous campaign state to load successfully a campaign) although the new CAI changes may affect undesirably your ongoing campaign. In any case it is advised to upgrade DarthMod Empire with this patch. Please read and follow the below installation instructions.

Step 2
Open the Launcher and do Settings->Enable Restore Mode->Close Launcher->Select "Vanilla Ready" It is necessary to do this so to be sure that all the gameplay files get updated correctly. (If you have previously installed Beta Update 20+ you do not need to do this procedure).

Step 3
Run the Patch installer and follow the instructions (they are similar to the installer of the full version).

You can now play DarthMod Empire as previously with all the newest enhancements and fixes by using the launcher and re-applying your preferred settings. 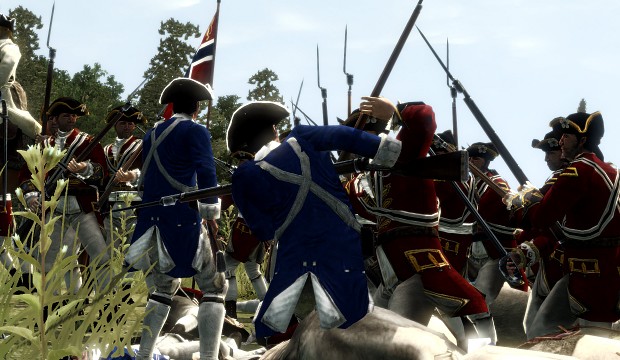 PS. To be sure check that the DME_darthmod.pack file has date 20/3/2013. If yes then the patch is installed correctly.You can find the file in the games data folder usually in C:\Program Files (x86)\Steam\steamapps\common\empire total war\data

You thought that your favourite mod for Empire: Total War could not get any better? Wrong!

The new version of DarthMod Empire improves the gameplay in all levels, especially the BAI and CAI.

The new version of DarthMod Empire introduces the best CAI ever created.

Causa Belli is a sub-mod for Darthmod for Empire Total War. It seeks to overhaul the minor factions making them more fun to play or enabling the player...

Fixes Many DME Launcher issues and enhances the gameplay.

*There is a new Version 8.0* The new version improves the gameplay in all levels, especially the BAI, the CAI and the strategic formations!

It was pointless to resist... The DarthMod series of Mods strikes back to destroy all gameplay inconsistencies of the original game and offer you better...

After playing a lot of mod. This one is the best one. Because it is hard, and you feel the importance of everything. Even a small country can be you're biggest enemy.

While I do love this mod I just finished a 200-turn grand campaign with the highest visible prestige on the prestige panel, and all victory conditions met, only to be greeted by the "defeat" screen. I'm literally higher prestige than the last two remaining main factions alive. So rattled right now.

Can someone help me out a bit? Im making a mod and I need someone who knows how to edit startpos.esf.

I wonder why you guys still not working in CA company