Hey there mates, once again, Gunship here, with new huge media update! Year ago i have decided to revive Generals Evolution mod, but with new life and concept. I've come so far from ideas and first units to what i have now - playable and stable version of game.

Hey there mates, once again, Gunship here, with new huge media update! Year ago i have decided to revive Generals Evolution mod, but with new life and concept. I've come so far from ideas and first units to what i have now - playable and stable version of game.

Maybe you want to hear the story of how i decided to start new GenEvo? Well, nothing really special, i was just playing around with my personal RA3 mod, started to port some of C&C Generals units ( Battlemaster, Overlord, DragonTank, NukeCannon ) just for fun. Right after that i've got an inspiration strike - what if i start remaking generals from scratch once again, but on Red Alert 3 ( SAGE 2.0 ) engine? Without thinking twice i said to myself and Sgor00 ( which was on steam chat with me ) - "Why the hell not? C&C3 GenEvo is kinda dead, iv'e reached engine limits, team is gone, people want Generals remake, shit i have nothing better to do anyways, let's get this thing moving!".

So, let's change the subject! Okay, so, what's new? Oh man, a lot, a lot have been changed/added since RC1 release, it's scary to look at RC1 now for me. Here's the shortest list of changes since RC1 :

And other important stuff which i can't remember due to lack of sleep and social life.

Now for a important news, you may ask : "Changed models? For what? How? areyouawizard?"

Well, recently i have been allowed to use old assets of Generals X Mod, which is freaking great, now i have access to some awesome stuff like model remakes, i've been allowed to use plenty of them, all of them you can see in a gallery. I must give a huge THANKS to Zeke, and whole NLS Team, you guys made a huge contribution to my mod, making it a lot prettier. I really advice all of you to check out their work too, because it's masterpiece :

Also i've been allowed to use new Marauder model made by St4lk3r, You may see it in media section, thank you very much Stalker for your work and contribution, don't forget to check out his mod too! :

More good news! I've deiced to add new unit to GLA, Katyusha, long range artillery with big scatter radius, i am using it's model from THIS pack, uploaded by VecotrIV, check out his mod : 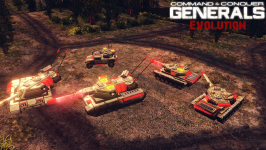 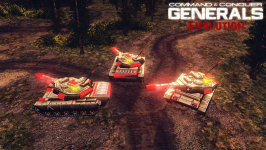 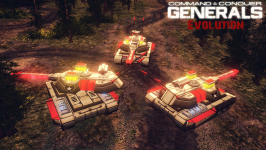 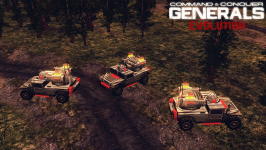 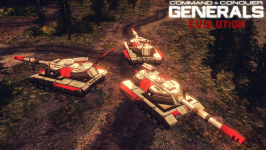 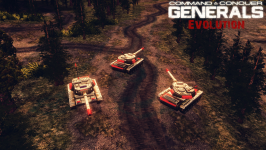 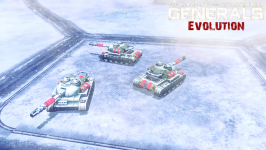 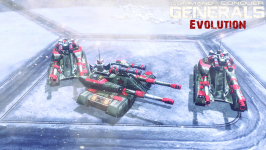 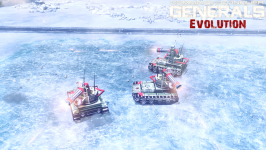 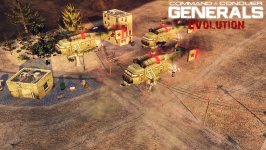 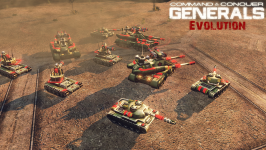 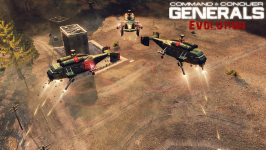 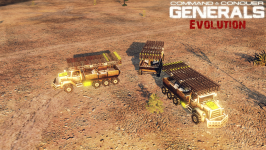 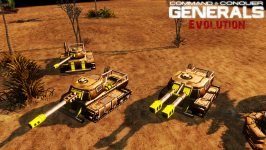 And last , but not least - NEW TEASER TRAILER!

Great huge update! thank you so much for hard working on this mod!

Great update....But i am wondering, is infantry ready and inserted? Because we didnt saw them in action...

Look coser mate, there's plenty of action in there with them, also i uploaded media with them.

( 0:19 ) Rebels and Tunnel Defenders ( Right Side )
( 0:31 ) Tons of infantry everywhere, you can hear their voices
( 1:04 ) Infantry in structures and escaping from destroyed structure.

Scroll through gallery, i have uploaded each infantry unit you made for me :3

I know, but they are barely visible. Was hoping to see their animations. Nevermind, ill wait for release :)
Keep going!

cool, it does not looks like ra3 at all now)

Great news, now how about a new version of the mod? When that will be released?

Can't really tell now, there's so much work need to be done.

this is good for modders in their first year of modding

Whats the next release's current status?

I spoke to Gunship and it's coming along Nicely but I'm not saying anything else just in case he didnt want me to :)