And here's the new version of the reloaded mod, still in public beta version, but the mod is actually pretty stable and a the 0.8.5 version will probably be online in a month.

The main purpose of this new version is to made more gameplay changes than the previous 0.7 version wich essentially focus on the graphic features and to be more modulable to offer the game experience you want with a series of option will allow you to make your game experience more Hardcore if it si not your first Playtrought and you want to play something different. This option is still in test version so i waiting for your comments. 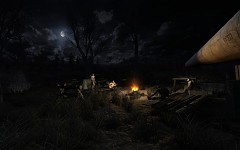 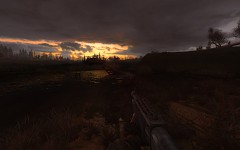 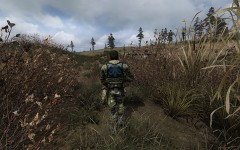 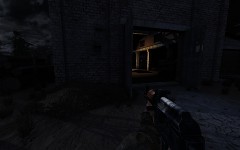 For 0.8 version of this mod, I added the latest Atmosfear 3 which change all the weather system of the game, with a very handy menu too, from where you can change every parameters you want, even psy storms and radioactives rains mechanisms. I changed colorimetry as well at some parts of the day
to be closer to Shadow of Tchernobyl.

Graphics modifications
The main change of this mod is a complete overhaul of nearly all textures of the game, coming from the best work of S.T.A.L.K.E.R. and Fallout 3 community. The mod include more than 2500 new high quality and high resolution textures, and other reworked textures too, decreased in size to achieve the best compromise between performance and visual quality. NPCs, vegetations, metals, organic mater.. Nearly all game's visuals were improved. Weapons' textures were changed too to increase their damaged look and respect their real life counterpart. It includes personnal work and the great stuff from argus, Artistpavel, NMC, 4Aces, Millenia et Tech Snake, big thanks to them !
Here's a list of the graphics changes:

Every vanilla's sounds were subtituted with new, high quality ones, including the come back of some original russian voices, HUD, walk sounds, ambient sounds, collisions, etc. Reloading sound effects were changed to be better synchronized with the animation, with louder volume, you can now cleary hear your oppenents reloadings, making easier to take them by surprise. Just as weapons' sound effects, that are more percussive and coherent with recoil and fire power. Reloading sound effects are more various now, to avoid repetitions (handguns in particular). At last, I tried to get back some ambient sounds from olders builds of Stalker that I always loved, such as frightening and distant cry that are really missing in the last two Stalkers.

This 0.8 Version is still in beta-test, there is probably some mistakes i've made but the mod is already stable and more balanced than the previous version and a first patch will be online soon, good game !

Here's the latest news before the public release of call of Pripyat Reloaded 0.8 public beta.

The first open beta of Call of Pripyat Reloaded 0.6 is now available with a complete overhaul of graphics, sound and new gameplay additions.

The first version of COP Reloaded is now available, but only the light version, all the graphical improvements and its included However, improvements...

The 0.9 version is close to be ready for the release, but i've noticed that some people still playing with the 0.8 version, so i made this quick fix for...

The latest public beta version of Call of Pripyat Reloaded. Compatible with Steam and Retail version.

The first open beta of Cop reloaded 0.6, please note that it is and older version of the mod that is not required to play the recents versions.

The oldest version of the mod, now obsolete and not required to play the recents versions.

Is this worth playing in the current year or no?

Will you ever update the mod?

I want it too

So is this mod still in development? Its been 3 years.

After I got to the plateau, I can not reload any save. NONE. Hours of gameplay thrown out by a mod that should fix bugs, and not create new ones ... sad

Does the mod changes weapon's power? Or are the enemies still bullet sponges (requires many hits to kill)?

play on master difficulty to fix the damage numbers

is there going to be any future updates or is this .8 the last?

A well established, ambitious and constantly improving mod.
Dedicated craftsmanship behind this work.