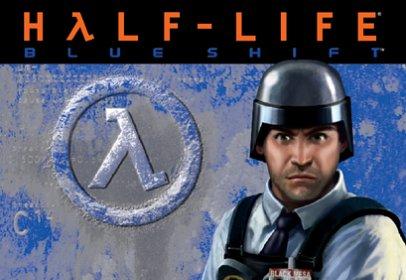 Blue Shift Coop v2.0 Beta is now available for download at the 'Download' section. I said somewhere at the [HLCoop] forum that it would be released before the year 2010, so I hope you don't track me down and kill me for being a liar :-)

This is only a beta version, so if you encounter any bugs or problems, please report it to me at mickem_@hotmail.com and I will fix it in the stable version if I'm able to.

Blue Shift Coop v2.0 supports max 6 players. If you and your teammates wants to be unable to hurt each other, be in the same team. You do this by having the same models as your teammates.

Blue Shift Coop v2.0 haven't been in work for about 2 mounths. However, I wanted to post some news about the reason why I haven't worked and what's done...

After the success of Opposing Force Coop v2.0, I've decided to make a new version of Blue Shift Coop since v1.0 is almost unplayable.

The first release of Blue Shift Coop, v1.0. After you downloaded this file, you should read the readme.html.

hey, if there is someone, i can run the won version in 2020, the security level is good, but when i start the canal 1 map, i have 4 invicible walls around me, so i cant move around (sorry bad english)

hi, i am a won user, when i start a map, i have 4 invicible walls around me, map: canals 1

is there any servers for this? if then, please let me know the ip address.

no have peoples playing half-life blue shift coop?? pls give the ip or no know, i want play

This mod had short life... BS co-op really needs to be in Svencoop, would be fun.