Battlefront Chronicles is a large mod in development for Star Wars Battlefront II. Although Battlefront II is an incredibly enjoyable game, the stock maps and sides have inevitably become dull after six years. With this in mind, Battlefront Chronicles adds new maps, new sides, and new modes to the game to provide a brand new Battlefront experience. Content is inspired by the events seen in the Star Wars films, as well as the Expanded Universe. Players can battle on reinterpretations of stock maps such as Hoth and Geonosis, or explore entirely new worlds such as Saleucami and Cato Neimoidia!

You can also follow the mod's progress in its thread on Gametoast.com.

It's been a while since I've shown any new maps, but here I am to change that with... 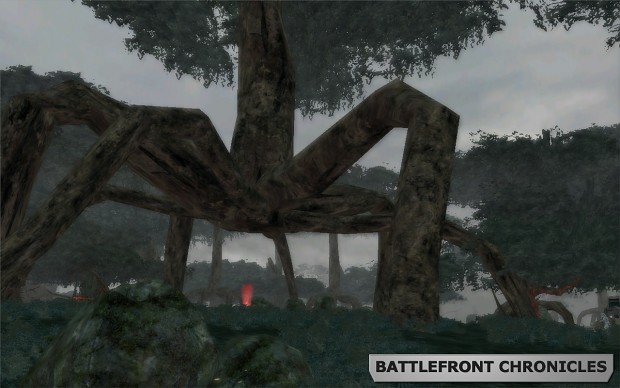 ...Baroonda, the most recent addition to the mod. This world should be familiar to any of you who have played Episode I: Racer, a classic N64 game. I have very fond memories of Racer. It was my first Star Wars video game - in fact, it was my first video game period - and I loved every second that I played it.

Baroonda is one of my favorite worlds in the Star Wars universe. It has a wide variety of environments, ranging from beaches to volcanoes to swamps, all with mysterious ruins scattered about. The planet was a prominent location in Racer, but it has remained totally obscure since then. I've wanted to have a Baroonda map for Battlefront II ever since I began modding about five years ago. This particular map was actually designed about two years ago as a stand-alone project, and it was then passed on to Sky_216 for his Last Days mod. A few months ago, though, Sky passed it back to me so I could plug it into Battlefront Chronicles.

The map is set in a swampy area. There is lots of vegetation and shallow water, with some ancient ruins buried beneath the vegetation. The map is medium in size. Most of the action takes place on foot, but there are a few light vehicles available for each side. Of special note, the Galactic Civil War era features a new vehicle for the Empire, the AT-PT. The AT-PT was modeled and animated by fellow modder FragMe! (also the creator of the AT-AP). Baroonda is definitely one of my favorite maps out of everything I've created. It has a fun environment, it's action packed, and it has a lot of nostalgic value for me. Enjoy the screenshots below! 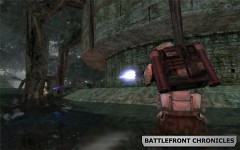 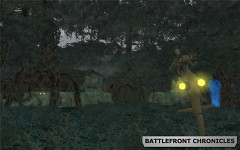 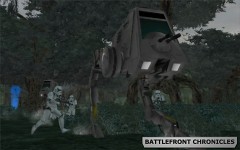 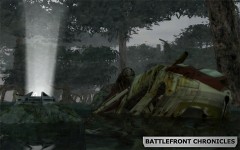 Check out some new backgrounds for the game's menu screens and screenshots of an updated Boz Pity.

Round 2/4 of the special units available in Battlefront Chronicles.

Sides Update #4: Special Units, Round One

Battlefront Chronicles features a slightly modified version of Battlefront II's unit class system. Read this article to get an in-depth look at the four...

It looked good this mod. Rest in peace

So, yeah is this mod completely dead or is it finished and released on gametoast??

Yeah, sorry, but I think this mod is dead guys. It hasn't been updated since 2012, and that was five years ago now!

Also, I tried following the link to GameToast.com, and all I received was a 404 Page not Found error.

you need a proxy in order to acess GT, execpt if you are from US

Actually no. I log in every day to gametoast.com

And when this mod will be released?