Hello and welcome to Battlefield 4 Experimental Mod!
This is compilation of content related to modding Codename Warsaw (Battlefield 4)
I started the project in 2015 anonymously and hidden from public
Using the Cinematic Tools,i provided an better immersive weather for maps
As more and more guides and tutorials show-up,i changed the development plan

Using as "Server" the Client,i managed to run a Local Host Game that can be modified
Project now is known as Battlefield 4 Revisited 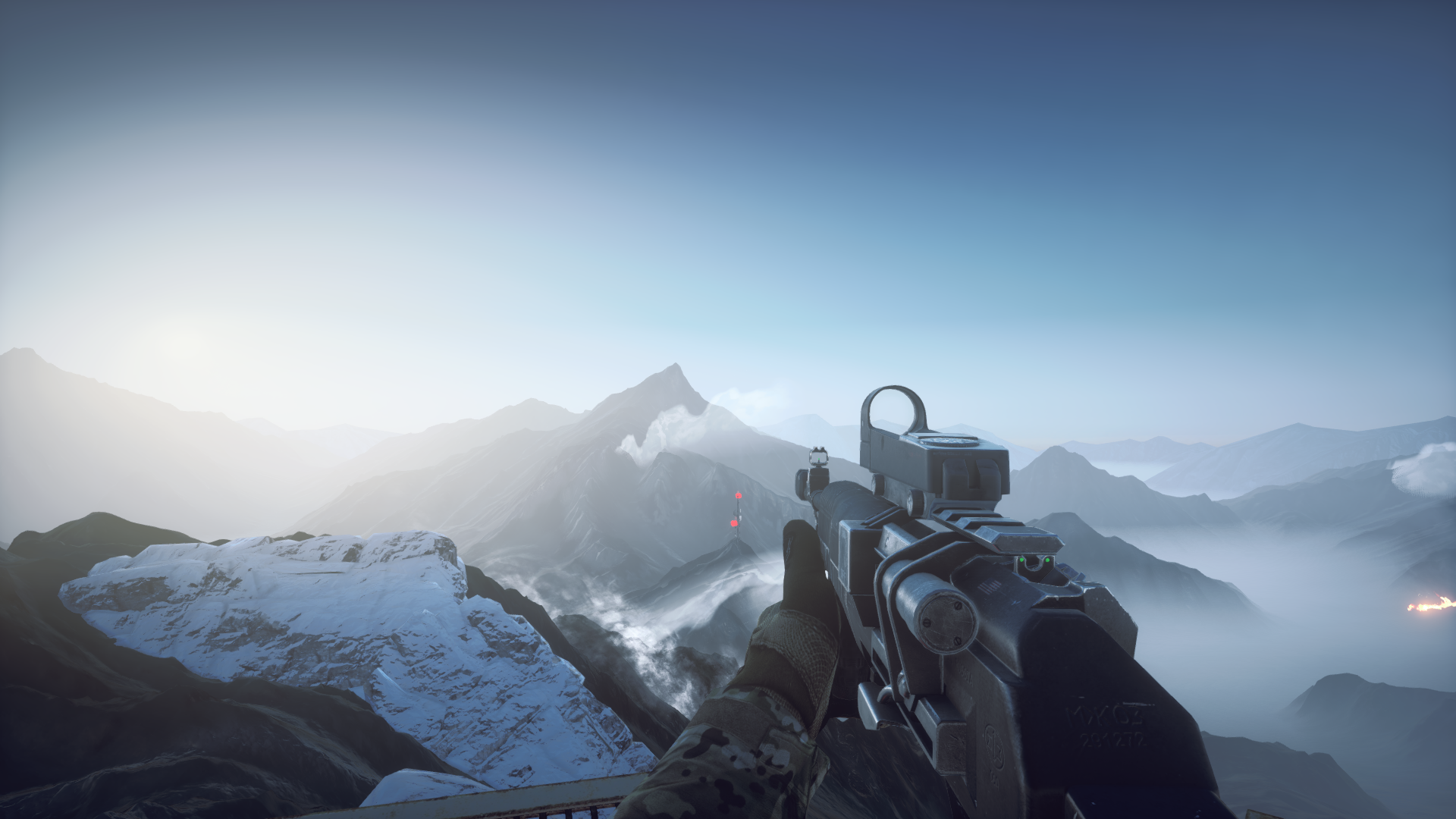 Hello.
Again I'm posting an update about the mod progress shown-off during 2017.
Because of some server issues and the application of data-extracting from the game,the progress got slowed down. Really bad news as it is hard already to modify the files, let alone extract them
Let's start with interesting stuff.

As you might know, works on this map started long ago. The version I'm showing off today currently is in a Beta-Test server hosted by me in ZloGames Battlefield 4. Compared to its vanilla version Dawnbreaker, this is intended to make the map much more agressive and makes you be more aware of surroundigs.
Helicopters and Jets will have a very bad time in this map,and by that I plan to replace jets with something more decent,so players won't collide with the first building after launch. 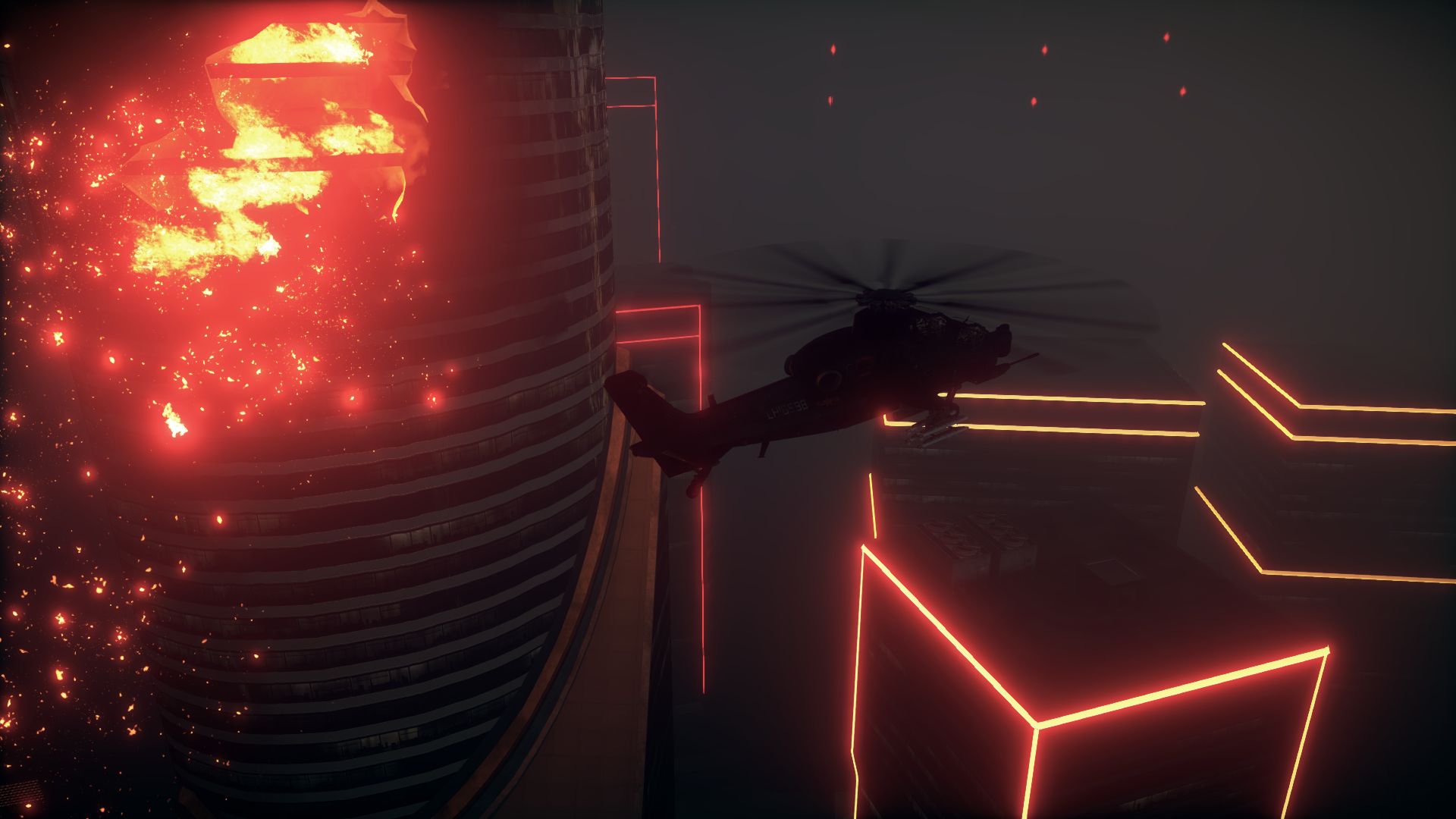 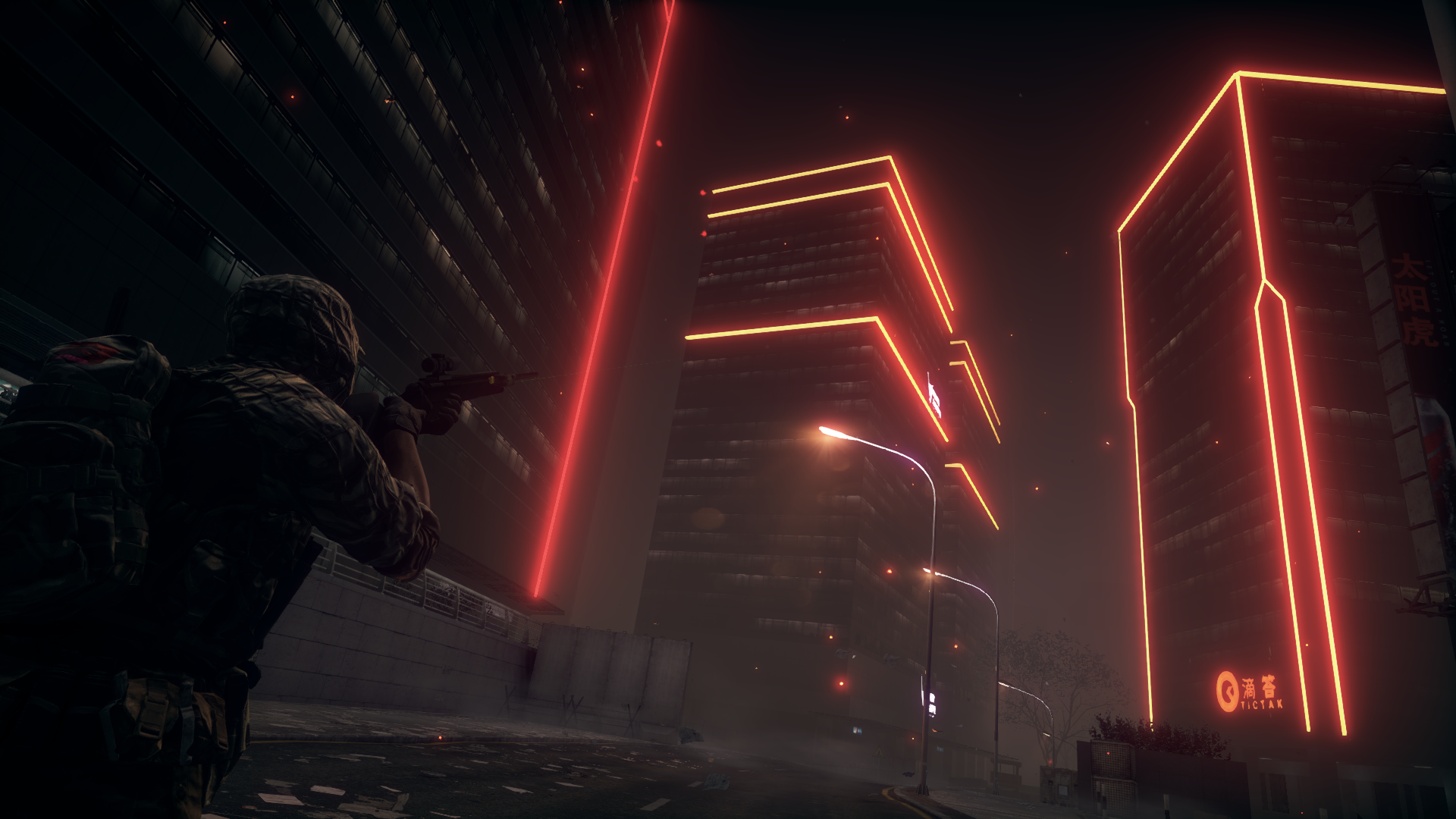 Sadly, the original map from CTE version of Battlefield 4 can't be recovered because most of the builds were deleted from PC's soon afterwards. By that, I had the idea to make a sort of "community-made" night Shanghai, but with the same layout as its Day Counterpart. Scenario is set after the siege this time, which converts the map in Shanghai Aftermath sort of scenario. For now the map is in Pre-Alpha stages, and I'm still figuring out how to disable Levolution and have only the ruins of tower.
Along with that,I managed to switch up some textures from the map with custom-made ones like the logo of mine as seen in that banner instead of Chinese-Guy. 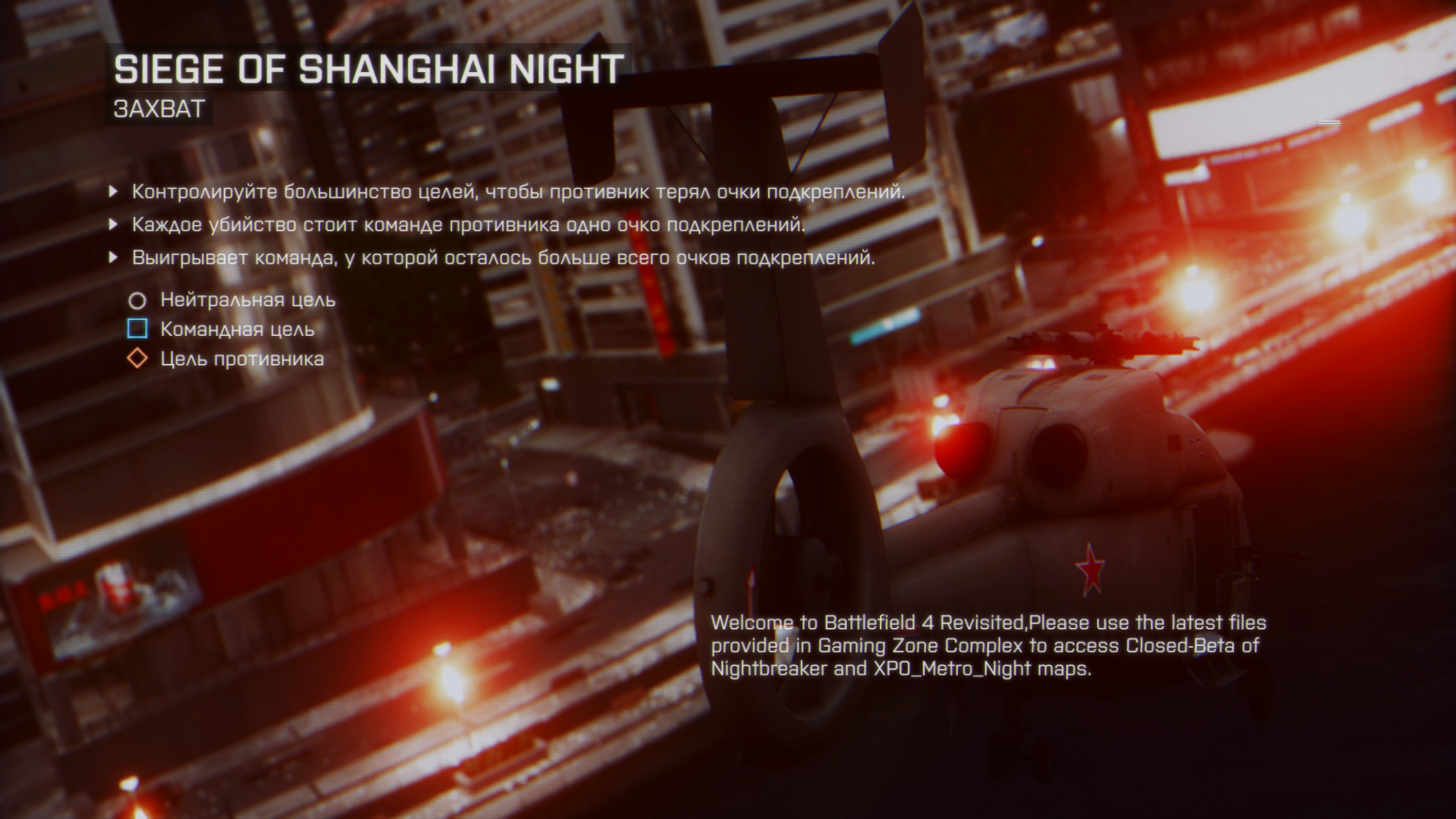 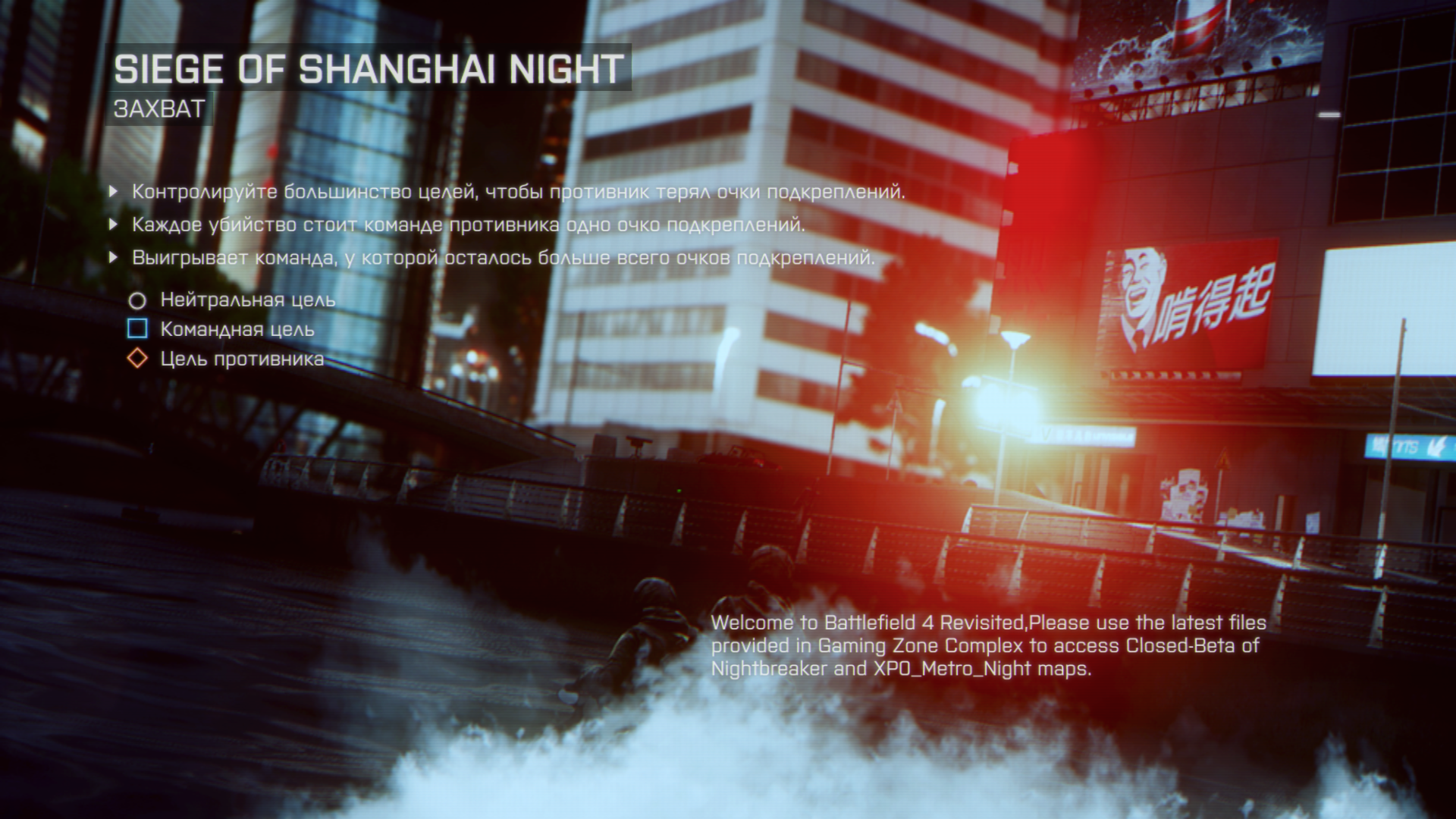 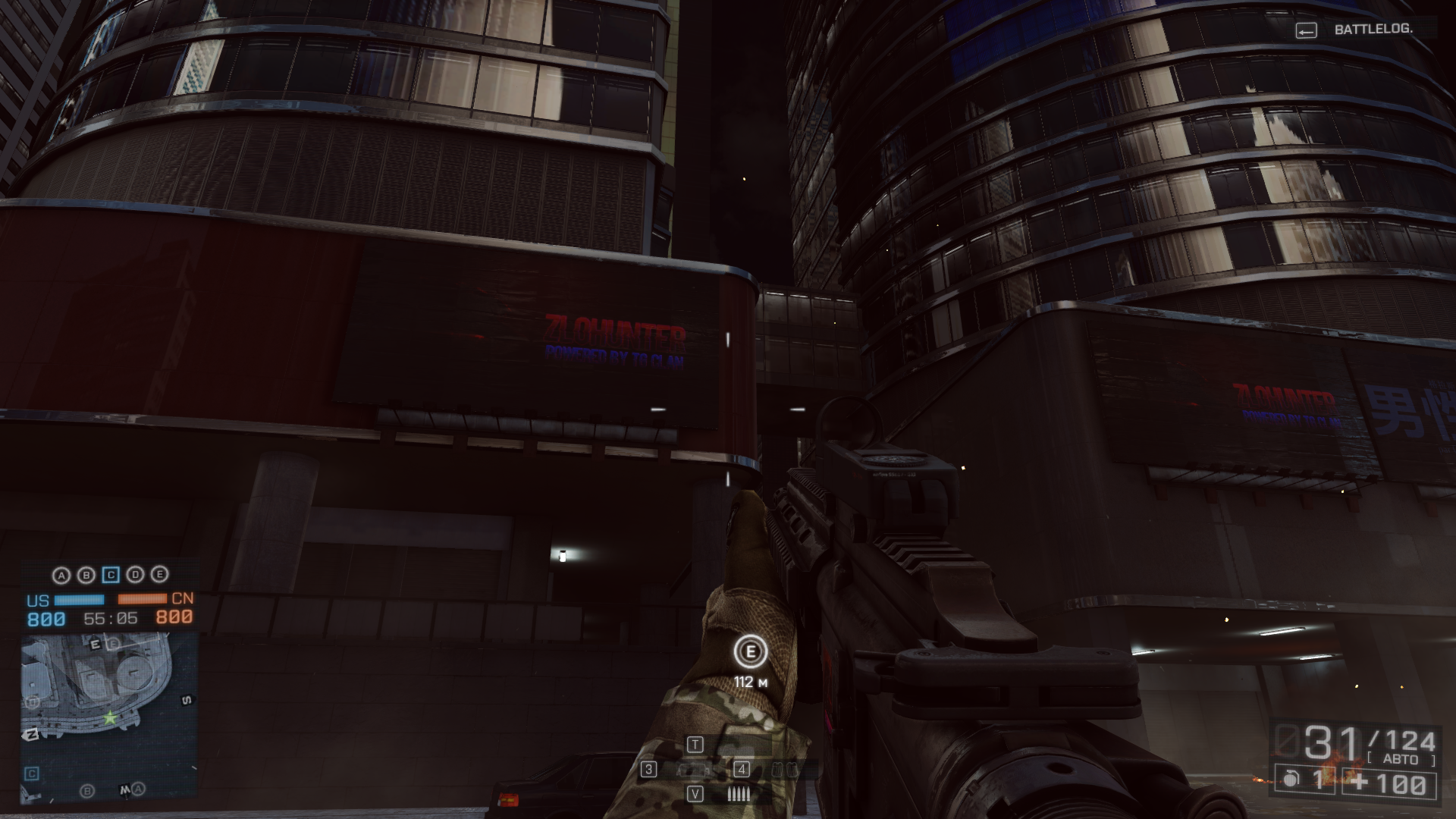 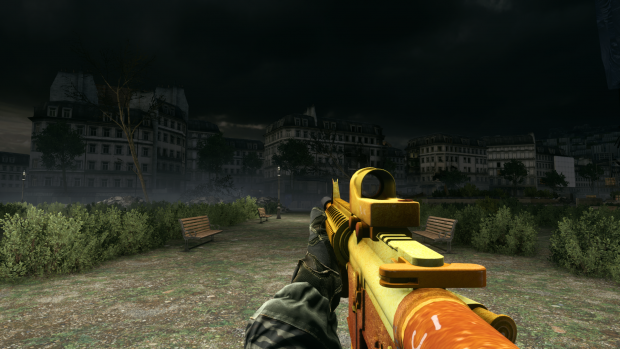 Whats next? Metro Night that currently is in development,along with Tank Superiority gamemode for maps!
Yes, my plan is to bring back Tank Superiority from Battlefield 3 into Frostbite 3 Engine. Another project is to restore MP_Prison_Sunrise, because after close-down of some sockets and servers, the build was lost from world wide web for good.
The only version currently up for that map is the cinematic tools release

Thats basically it for now
Nightbreaker is in that good shape,that it can get a release in the upcoming days
More information how to play that will come along with the next update
See you later

Thank you for downloading the Cinematic Tools Version of...

Looks great, the Operation Locker Room you proposed looks much better than the original. I also was wondering something, but I doubt it is possible. Is it possible you can add custom models? For example, one thing that always bothered me was all soldiers, Mechanic, Sniper, etc, always have the same glove and arm model even though gloves and arm models are different in third person. Is is possible to add different arm and glove models to each faction's soldiers? Or at-least is it possible you can restore the original BF4 Gloves from the beta, those gloves from the BF4 beta were far more better than the ones available now, in terms of quality and looks.

One more question for you,if a release actually takes place,how to install these mods that you promote?
Do you have some sort of a tool to get them running?

Sorry,I'm usually offline from Moddb for long times :\
Not tool,more sort of a crack and hack to decompile the engine
To install the mods is relatively easy,but takes a lot of time for players to figure out the installation of actual modded app to run it

OMG this is awesome mate. I never thought that BF4 can be modded. Keep up the good work mate

Wow the map looks really nice, hopefully this mod will become a reality

So you made that ZloBattlefield 4 Server with Night Dawnbreaker?

Sorry but no.
It was made by GreyDynamics to test Modding Tools
I only downloaded the modded files and updated them in my local host

Call to Arms Call of Duty 2