The total conversion modification Battlefield 1918 (or BF1918 for short) takes Battlefield 1942 into a whole new scenario, the first world war. Next to historically correct equipments and vehicles, we recreated the atmosphere of these WW1 battlefields as close as we can, keeping in mind the game we are working with. To achieve this, we have drastically changed the gameplay from the original game like so that you must now rely on teamwork, artillery, trenches and slow vehicles.

Battlefield 1918 combines fun with historical correctness, gaming with history, the memory of one of the most terrifying wars mankind has ever known, with fun had by people over the internet. Next to the battles fought on the Western front between mostly the Germans, the British and the French, wealso cover other scenarios, such as the Turkish battlefields at Gallipoli, the Eastern front where Germany and Austria-Hungaria fought against Russia, the Italian front and lately the battles in Africa. Next to land- and airbattles using historic weapons and vehicles, we also included the naval aspect of WW1 in a broad spectrum, as this was the time in which the great battleships still were the absolute rulers of the seas.This mod focus on Multiplayer, but has also Singleplayersupport.

For a lot more detailed overview we're very proud to gratefully present a work of our former member Fritz_Kempf aka Sniper-Snoop who has put countless hours of efforts into a very detailed and informative wiki entry at forumeerstewereldoorlog.nl which contains a lot of additional informations about this modification and it's content. We recommend it very much to anybody who not only wants to know something about the mod itself but also it's historical background - though it's written in Dutch the linked translator will give you the possibilty to gain all of the knowledge included. Please note that it's currently in a pre 3.1 state as our former member sadly had to retire from developing due to a lack of time.

NOTE: Use a download manager when downloading the files - it is much faster that way and prevents the download from suddenly stopping.

NOTE: You need a torrent software to use the torrent link

As .rar archive - use software like WinRAR to un-pack it:

Thanks everybody for hosting our files! If you uploaded the client and/or the server files on your server and you are not on the list yet, please feel free to send us a message and let us know!

Announcing A New Tournament And A New Faction!

Greetings everyone! The development of Battlefield 1918 continues towards the upcoming V3.3b release, that said it is understandable that some of our fans may be interested in an opportunity to try out some of the new features, factions, and maps a bit early. For those fans we are pleased to announce that the Forgotten Honor Tournament has decided to begin planning a brand new tournament campaign for Battlefield 1918! This new campaign is expected to take place in both the Eastern Front and Balkan Front, and as such we have prepared a new trailer showing off some of what you may expect, and for those curious here too is a link to sign up for the tournament:

For those who watched the trailer to the end, you may have noticed the reveal of our latest faction, namely the Kingdom Of Romania! Neutral at the start of the war (although it did have a defensive alliance with Austria-Hungary) Romania joined the conflict on the side of the Entente forces in 1916 after signing a secret treaty in order to gain the territory of Transylvania from Austria-Hungary. 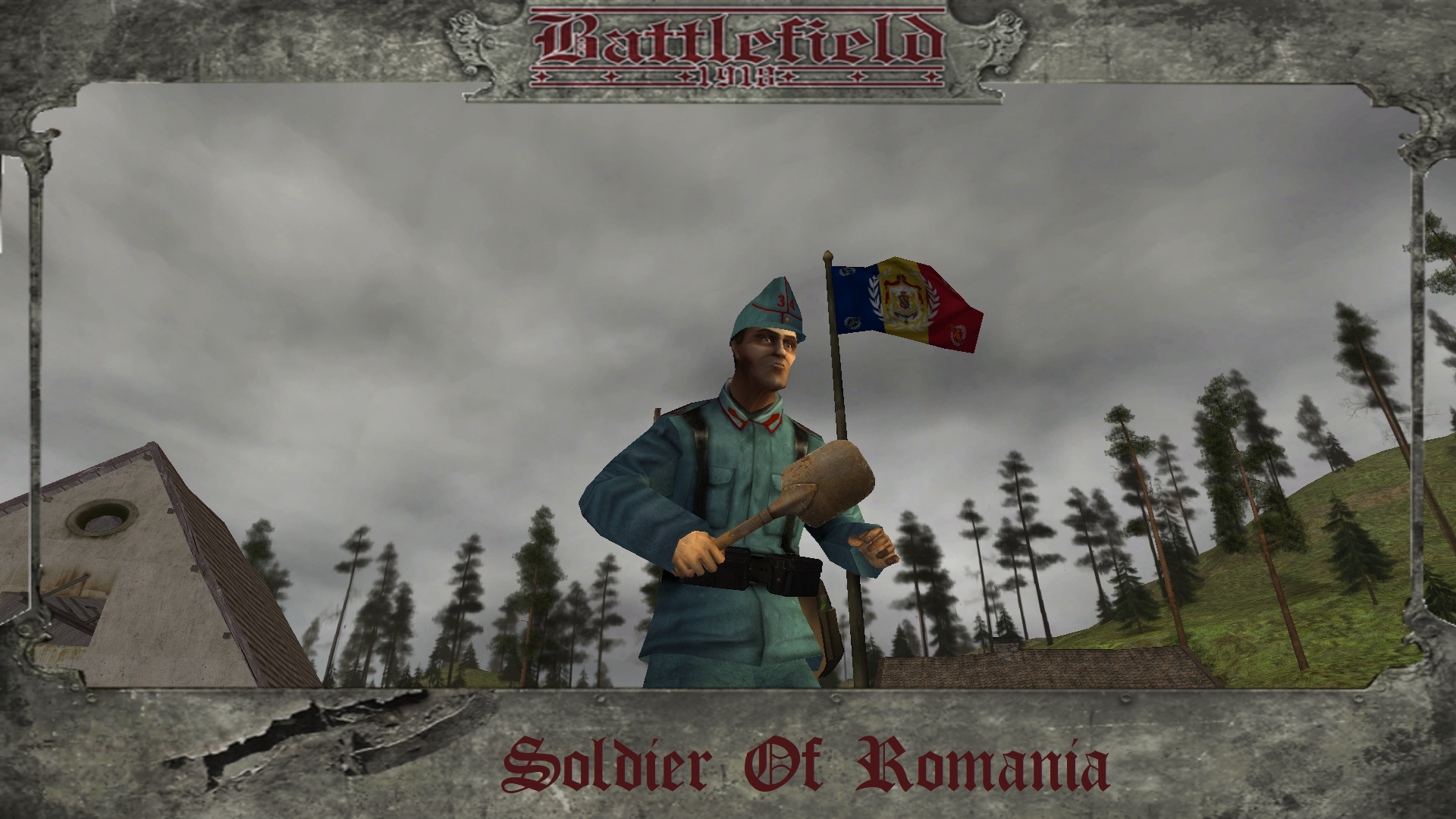 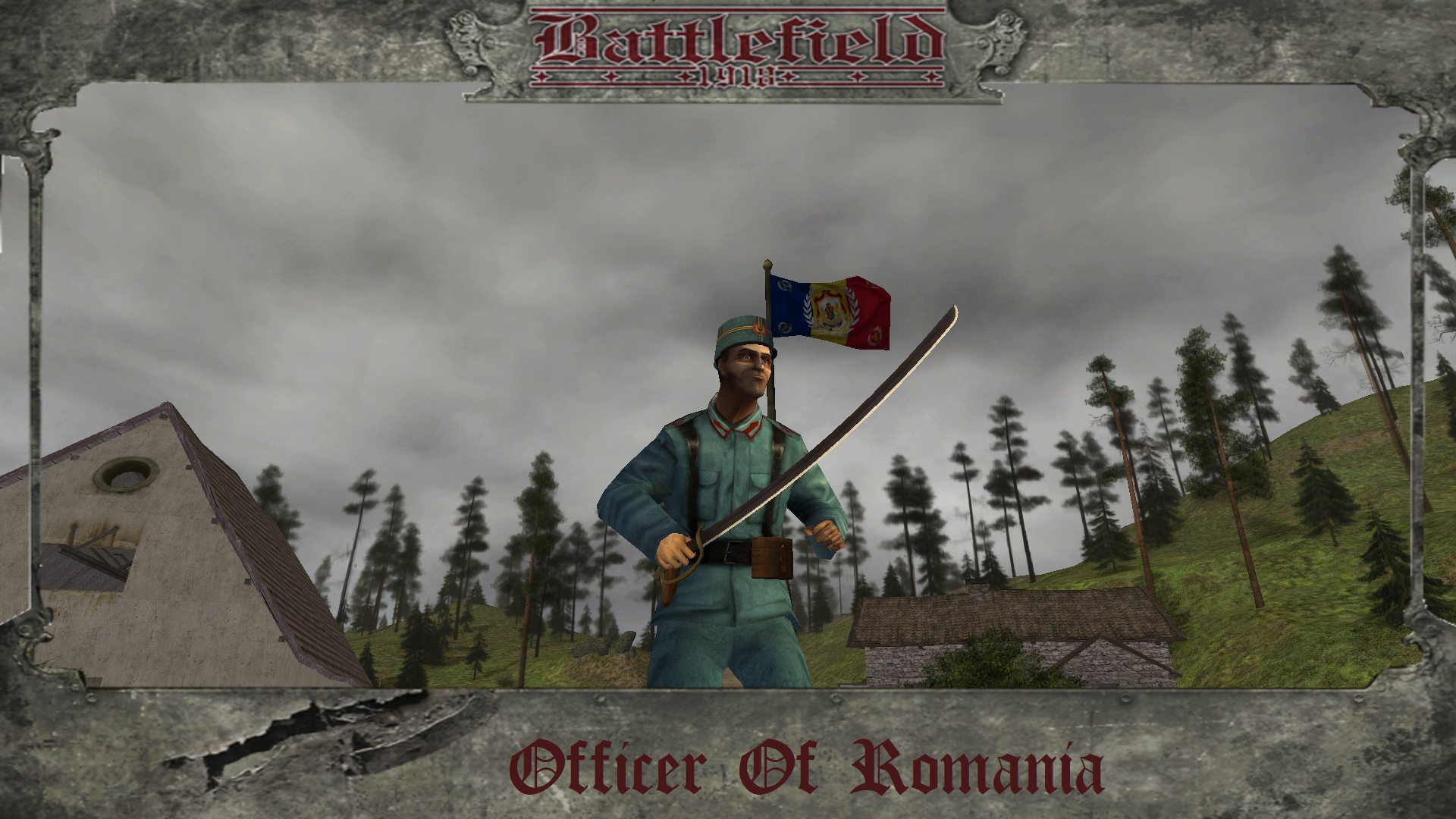 Of course with this new faction we are pleased to announce a new map to feature Romania, namely Transylvania. Set in mid-1916, this map sees the Romanian forces attempt to capture the desired territory of Transylvania away from Austria-Hungary. The map itself will be rather unique in that it will be something of a hybrid between a push map and a meeting engagement with the Austro-Hungarians already defending some positions but most of the map still remaining neutral and up for grabs at the start. 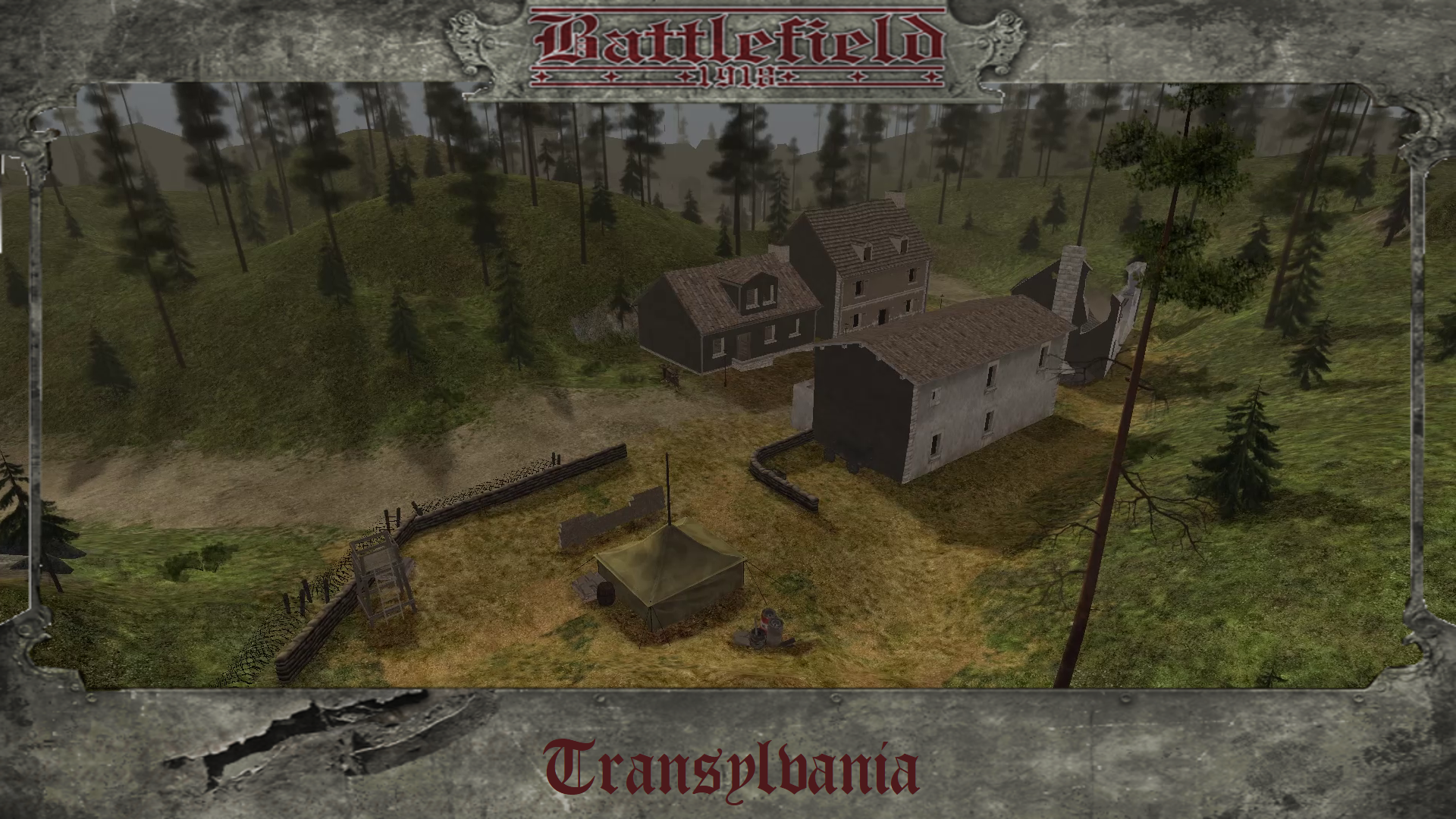 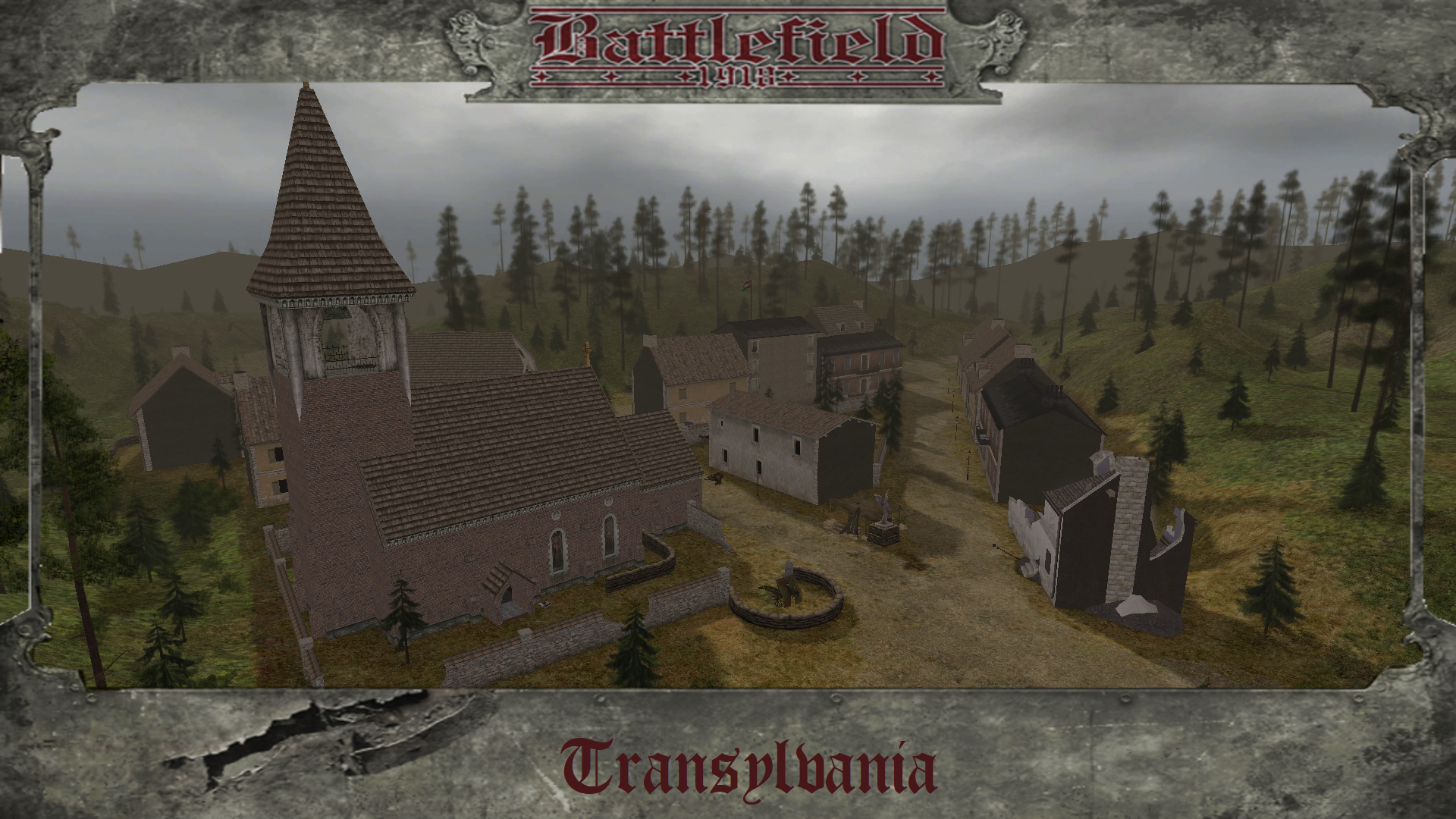 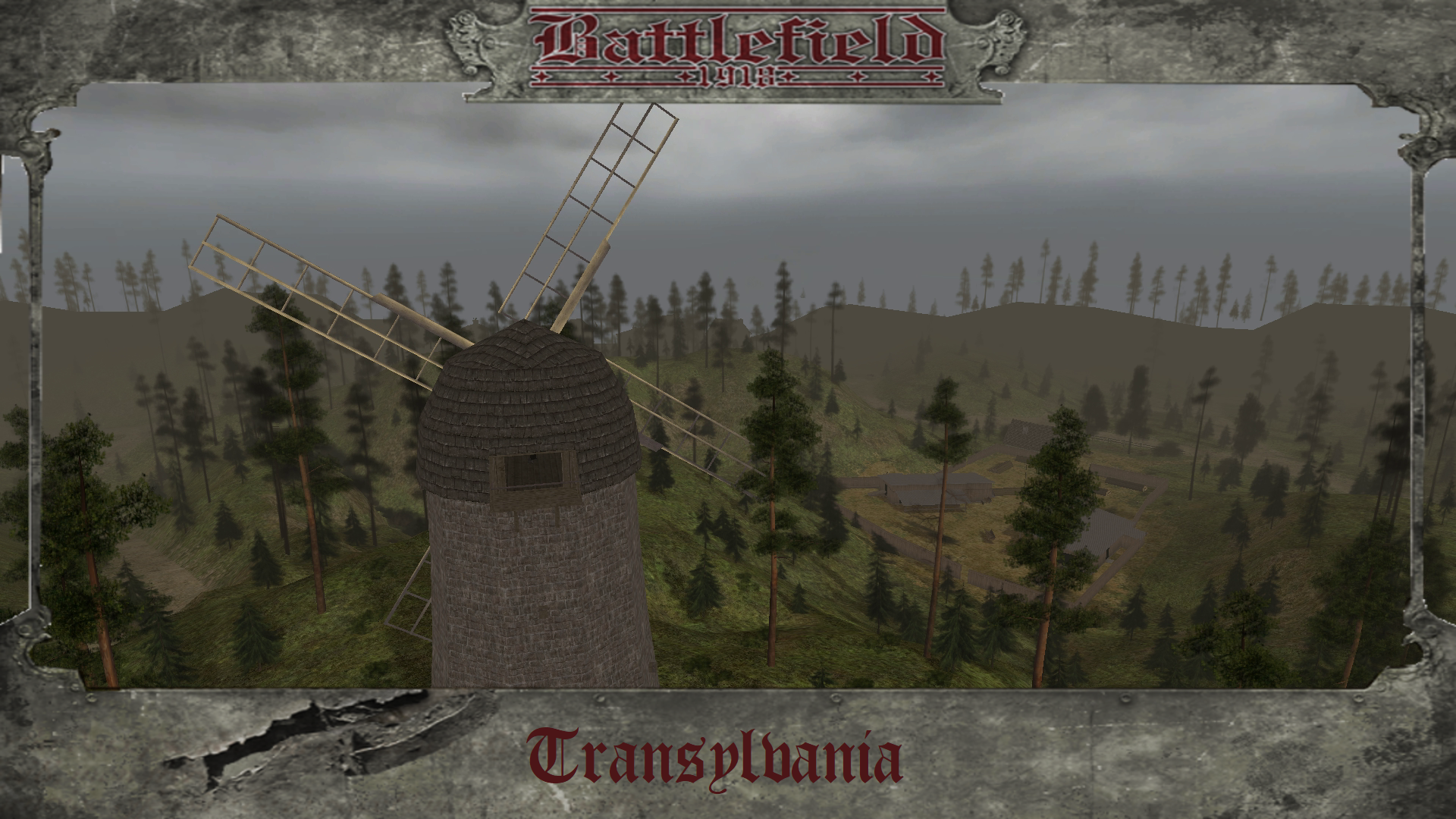 Of course new factions and new maps are not the only thing that will be added in Battlefield 1918 V3.3b, as we are also pleased to announce the expansion of one of the most requested features, iron sight aiming! Long time players will know that some LMGs have had the ability to aim down the sights for a little while now, that said we can now confirm that we are now expanding this features to all remaining LMGs, Rifles, Muskets, Shotguns, and the MP-18! 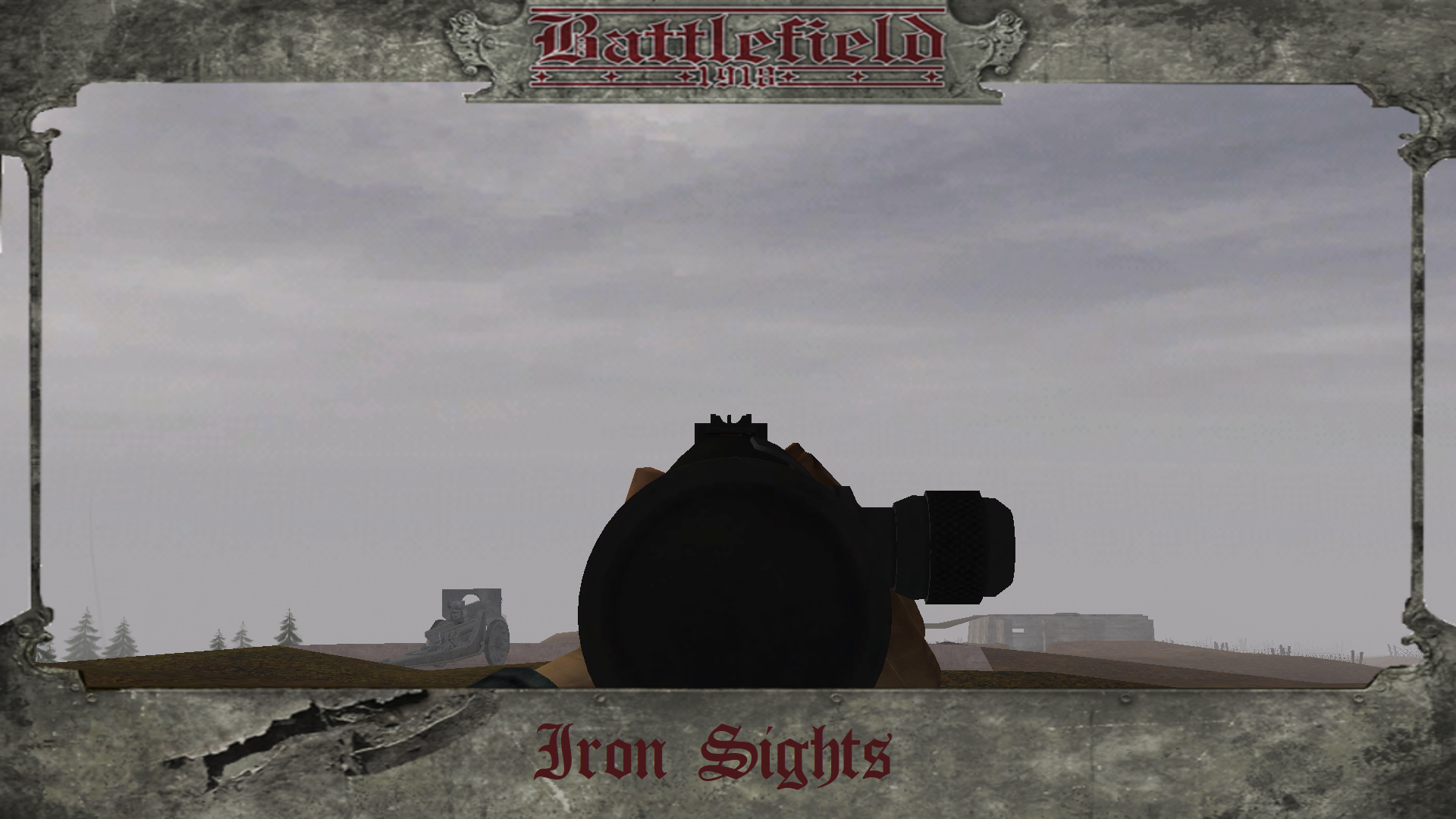 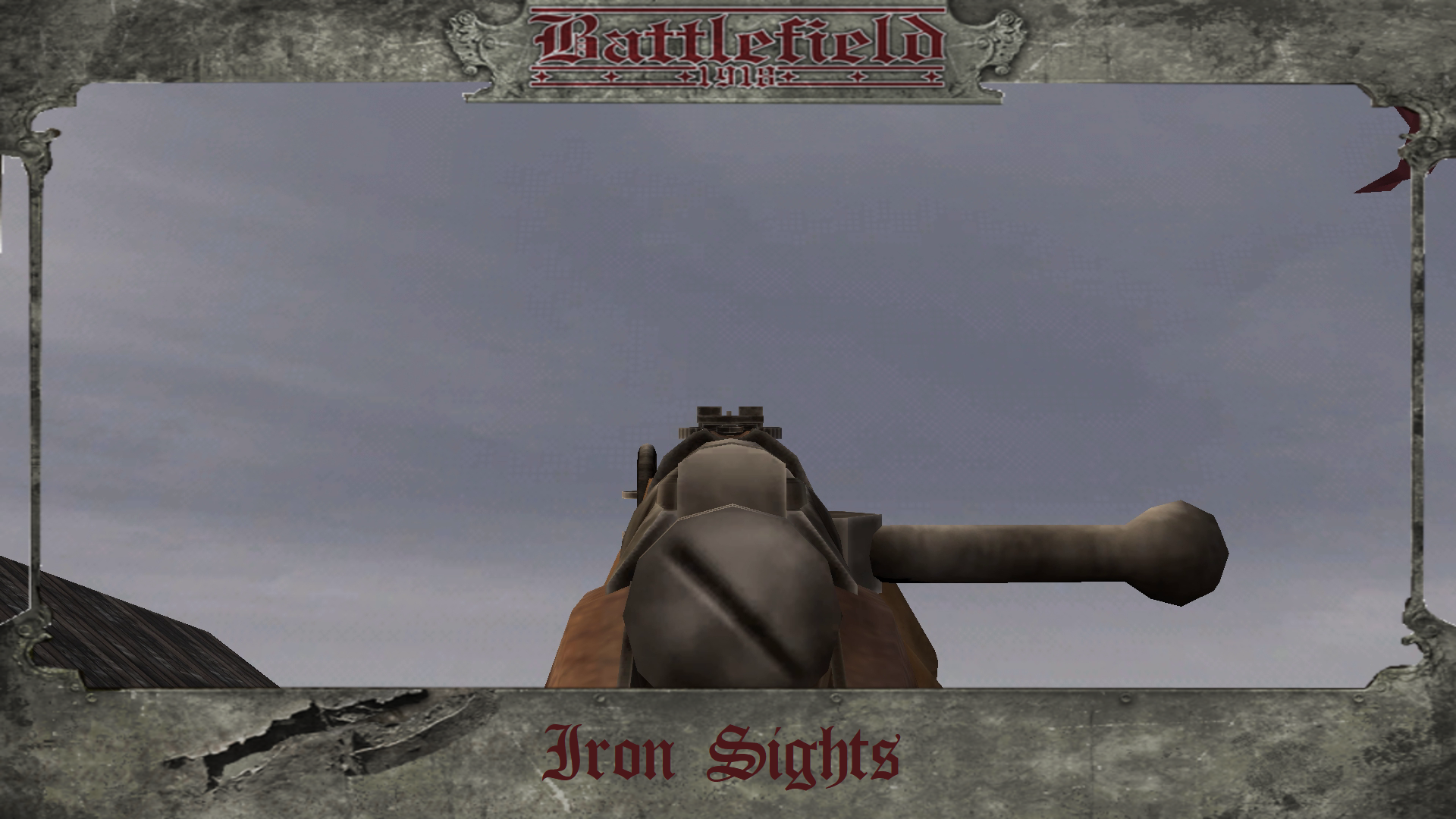 With all this being announced we of the Battlefield 1918 Development Team hope that you are as excited for this upcoming release as we are, and we also hope that you will consider signing up to the Forgotten Honor Tournament in order to try out these new features early. With all of this said we thank you once again for playing our mod and watching it grow over the years, and we hope you have a good day!

The Guns of August

Today the Battlefield 1918 Development Team is pleased to showcase some of the new maps, factions, and weapons in the upcoming V3.3 update.

This is the 3.3 patch file for people who already have 3.2b, simply copy the contents of the file into your BF1918 directory in the mod folder.

This is the full version of Battlefield 1918 V3.3 and allows new players to easily play the mod. Just simply drop the contents of this file into mod folder...

Hey guys, great mod! It is THE best ww1 sambox fps out there! I have one small suggestion/request for y’all:

- do you think you could add the year and month of the battles to the map names? Similar to Battlegroup, like YYMM Map Name. So like for the Battle of Mons the new map name would be “1408 - Battle of the Mons”

This would help or organize the maps by the historical date, and make it more convenient for players to create historical themes game lists quickly in the the create games section.

The date is the most important part, but you could go the extra step and denote the theatre of battle as well. For example, WF=western front, EF=eastern front, etc. this is not as important, but would also be a good aid.

Cheers and keep up the good work!

It's a good idea and we've even introduced something like this, but it really needs to add dates in front of the map name for consistency.

Great! I agree with you completely. Dates swould def be added to the front of the map names. I also agree with you on the theatres, I noticed some of the maps have the flags of their sides in the map images, and that pretty much takes care of theatre recognition(would like to see this on all the old maps as well as me new ones at some point) Looking forward to the next update!

Do you have a defined date for the release of version 3.3b?

3.3b - never, 3.4 - at the beginning of the next year. The delay is related to the improvement of handweapon animations and other innovations.
Trust me, you won't regret having to wait a little longer ;)

3.3b is an intermediate version between 3.3 and 3.4. Just like 3.2b, this version was supposed to add minor fixes and some new content, and its release was supposed to take place back in 2021, but this did not happen. Now that this version brings significant changes to the mod, it's rightly called 3.4

Very well, to tell the truth it is better to wait a little longer and that the game is as good as possible.

After playing this mod for so long, I saw that certain maps have a problem: the amount of artillery available for both sides.

For example: in Monte Piana, it doesn't make sense to have the amount of cannons available on the central battlefield. Especially the moving ones, which only confuse the bots. The same case in Paternkofel (just to name a few).

I would rather have stationary cannons in some places (even loving the ability to move artillery in BF1918), which would be better for the bots and, for example, to create strongholds.

Another thing would be to increase the number of batteries in some maps (when I say batteries, I refer to the to the set of 4-5 guns that only need one player to shoot). More firepower, more artillery - so, fewer players/bots needed to shoot, more on the battlefield. And of course, more realism. When we think of WW1, we want to run through the no-man´s-land amidst a rain of shells, don´t we?

Don't worry, the more comments like this, the less errors we'll have in the future)

Movable guns are really an integral part of the mod. And the bots like to take the cannons all over the map, leaving the control points unprotected. On the other hand, there are mortars that cannot be dragged away and they are a little worse than cannons, but they do their job. In any case, we will consider this problem to find the right balance

As for artillery batteries, they are really needed and we are adding and improving them as far as possible. However, an excessive increase in artillery power can be fatal. It should be borne in mind that this is a game and guns as a game convention do not have real indicators, so they can shoot without a break all the time and their reload time is also much faster than that of a real gun. A good example is the Galicia map. There, across the river, the Austrians have an artillery battery, albeit separately, but they create such a barrage of fire that it is impossible to capture and hold the central point normally. So this is also a very difficult topic, requiring consideration of each map separately

Yep, I understand that. That these implementations have to be evaluated from map to map, seeking to merge balance with fun and historical accurancy.

For example, I'm not asking to implement a battery on a map in the desert or one on the eastern front (to reflect mostly the caracteristics of these theaters). But on the western front, there has to be artillery, mainly to make it difficult to capture the flags, especially near no man's land.

What could be my mistake is that i assume almost everyone plays with +200 bots, which explains my argument.

And yes, the mortars are the good solution for the argument of artillery. The problem is that the Bots are a little dumb while they are operating this kind of artillery. But as I always say, I understand the engine limitations of BF 42.

Very nice community nice mod,developers are patient and make a interesting and detailed inovations in this mod.I don t know what more should I say.Its great :)