Art Of War mod is actually a Contra-like modification (because of its affect on me).
Mod extends old Zero Hour gamplay with these features:
1) Added three new generals forevry side. They are: USA Rocketry General (General Marcus Stellman), China Artillery General (General "Hammer" Lee Rong) and GLA Terror Leader (Leader Halif Fahrid)
2) Vanilla sides were removed.
3) Added rank-system, now technical buildings (Strategy Center, Propaganda Center and GLA Palace) will be available only after third rank, superweapons will available from 5 rank.
4) Added special type of units: units of third(means they are available after reaching third rank and building technical building) and fifth rank (requires fifth rank and some of them requires superweapon)
5) Added "Tactical Superweapons". Available after building technical building. And they are less powerfull than usual superweapons.
6) All superweapons (usual and tactical) are made unique for each general.
7) Added new type of units, I call them Uber-Unit (possibly you usually call them epic units), evry general have it's unique uber-unit.
8) Added over 100 new units.
9) Added new upgrades and generals' abilities featuring generals' specializations.
10) Units with third veterancy level will gain additional battle capabilities instead of usual firepower/fire-rate bonuses.
11) Added unique technology buildings for each general featuring his/her specialization (available at third rank).
12) If another general capture this building he/she will be able to build "trophy units". These are special units created by combining generals' specialization (nearly each combination of two generals generates unique trophy unit).
13) And even more.

P.S. You don't need any patches for your ZH, mod is able to work with any version. Simply don't inatsll two different mods at the same time. 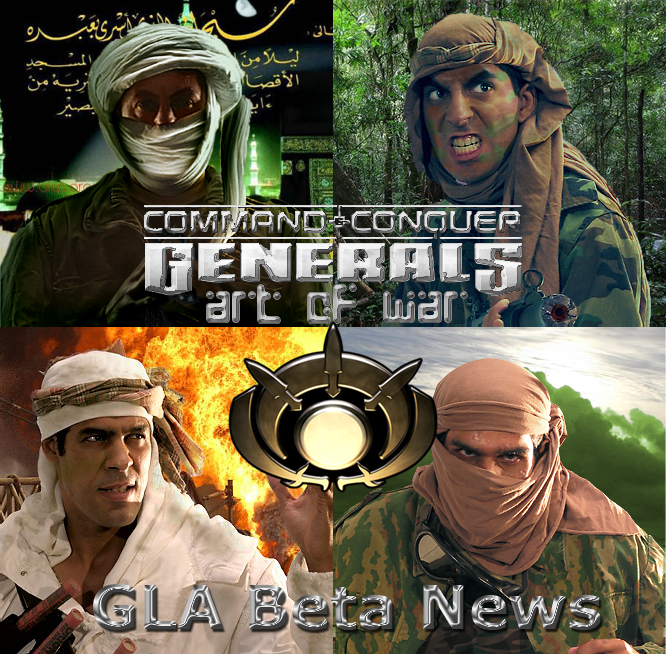 This is for you to know what to expect from GLA Beta coming on end of this summer.

Minor update with concepts and photos, just to show what to expect

Added Dr.Thrax features and renders of his new units.

Anyone know any news about this or is it dead?

This mod has good potential.

I can make revive vehicles if he let me have his model... include his name on credits

what happened to this mod?

I will try to bring this mod back in life. But I promise nothing

would be nice if this mod would see at least an Alpha release. The models in the Images section are very nice and promising.

I especially like the Elbrus Silo Complex for Stealth general.

Any chance you could give me that model and code so i could implement it in my private mod? (not for public release)

I like Scud Silo too :D
I think it's okay if you use this model for private purposes only

Eagle dan may have a test build to upload, stay tuned.