Implementing the 40k meme army of Angry Marines into the Dawn of War RTS game!

Note: All rights to media used belong to their respective creators

- Serves as Headquarters of the Angry Marines.
- Produces Angry Techmarines, Angry Gangs and Angry Serfs.
- Produces Angry Commissars, Crotch-Knockers, Angry Apothecaries and Angry Bards as leader units.
- Allows player choice of one out of 4 unique angry traits, each having their own special perks, benefits, extra units and abilities.

Angry Traits are:
- YOU TAKE THOSE FRAKKERS, WE TAKE THESE FRAKKERS!!!
- FRAKKING SNEAKY BACKSTABBING CRAPHEADS!!!
- FRAK YOUR PSYCHIC CRAP!!!
- COVER THEM!!!

(Try and guess what each of these provide... or better yet play and find out!) 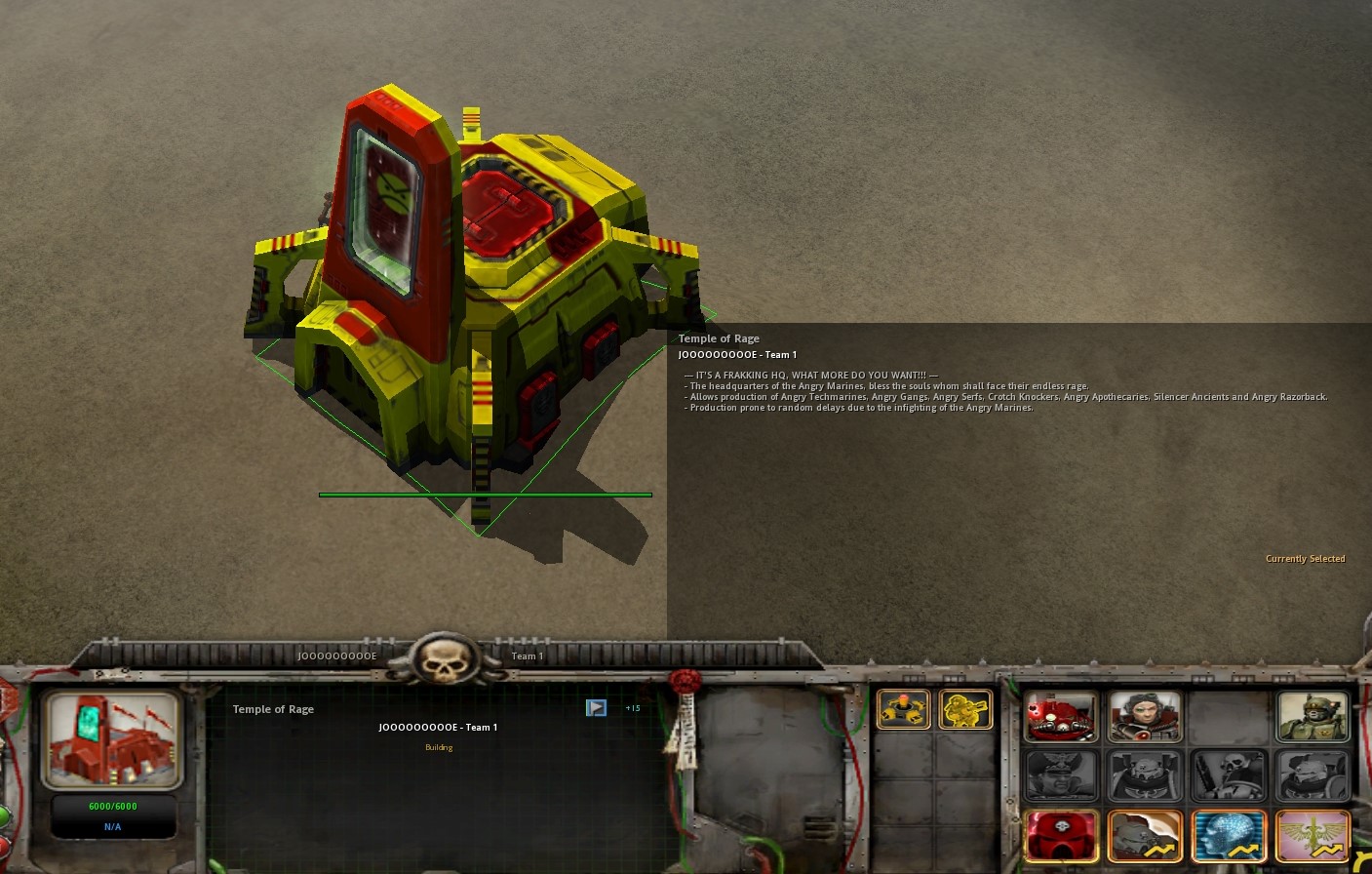 - The Barracks of the Angry Marines.
- Produces Angry Marines, Angry Assault Marines, Angry Bikers, Angry Devastators as basic troops.
- Produces Angry Captain, Master of Mindfrakkery(Librarian equivalent) and Angry Chaplain as heroes.
- Most units can be deepstriked directly from orbit in a... well, not a drop pod but an angry equivalent.
- Allows player choice of one out of 4 unique detachments, each allowing their own array of special infantry units for the player to make use of.
- IMPORTANT as they increase both SQUAD CAP and SUPPORT CAP.

Detachments are:
- MELEE ONLY MOB
- BURNERS OF THE CODEX
- FUCKINGHAM'S FANCLUB
- THE SILENT ONES

(Primarisly the same as the last description above... Oops! Did I hint a secret?) 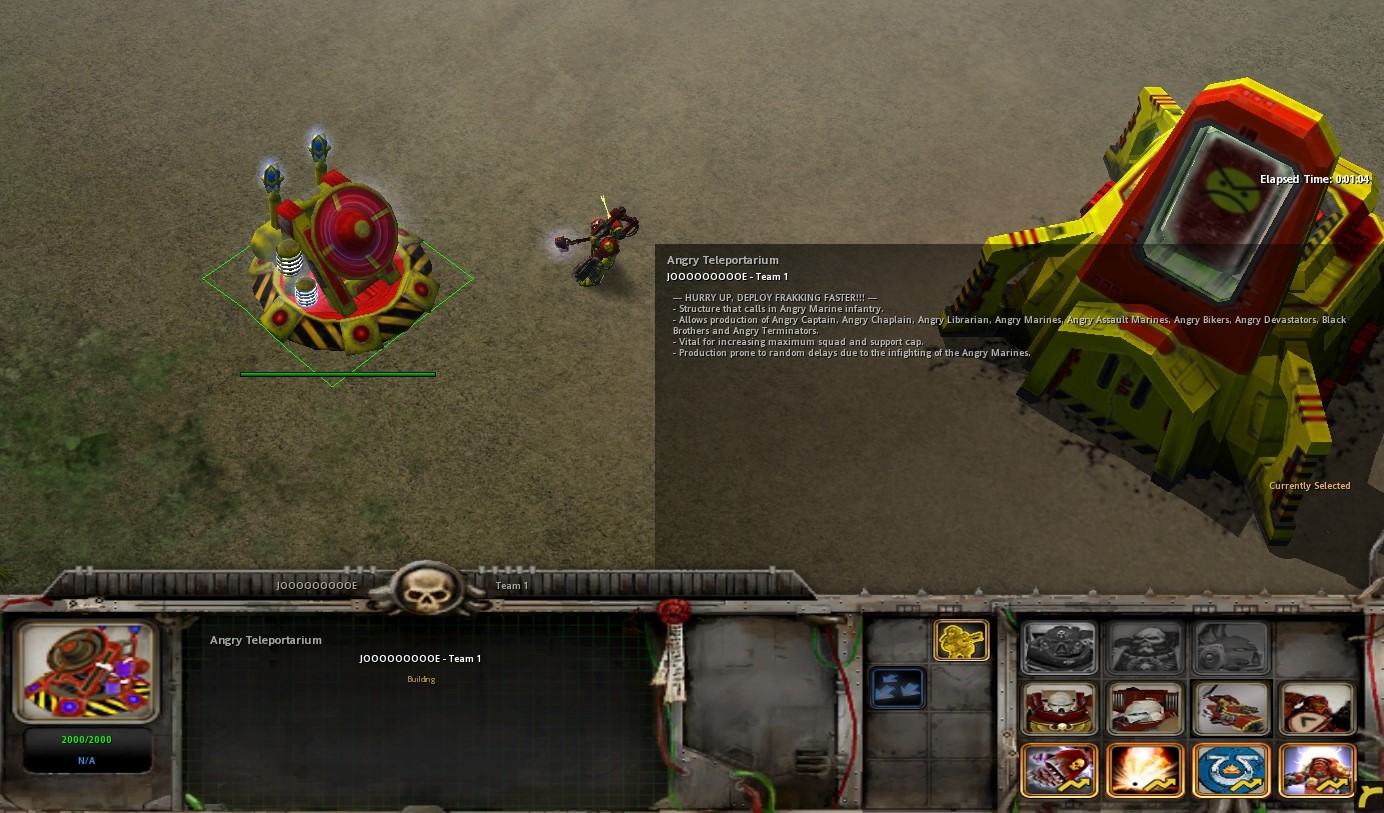 - Listening Post of the Angry Marines.
- Not upgradable as the Angry Marines hold very little value in defense.
- Can disrupt enemies through the over-amplified speaker systems.
- Can be used to call for orbital strikes when a specific research is completed. 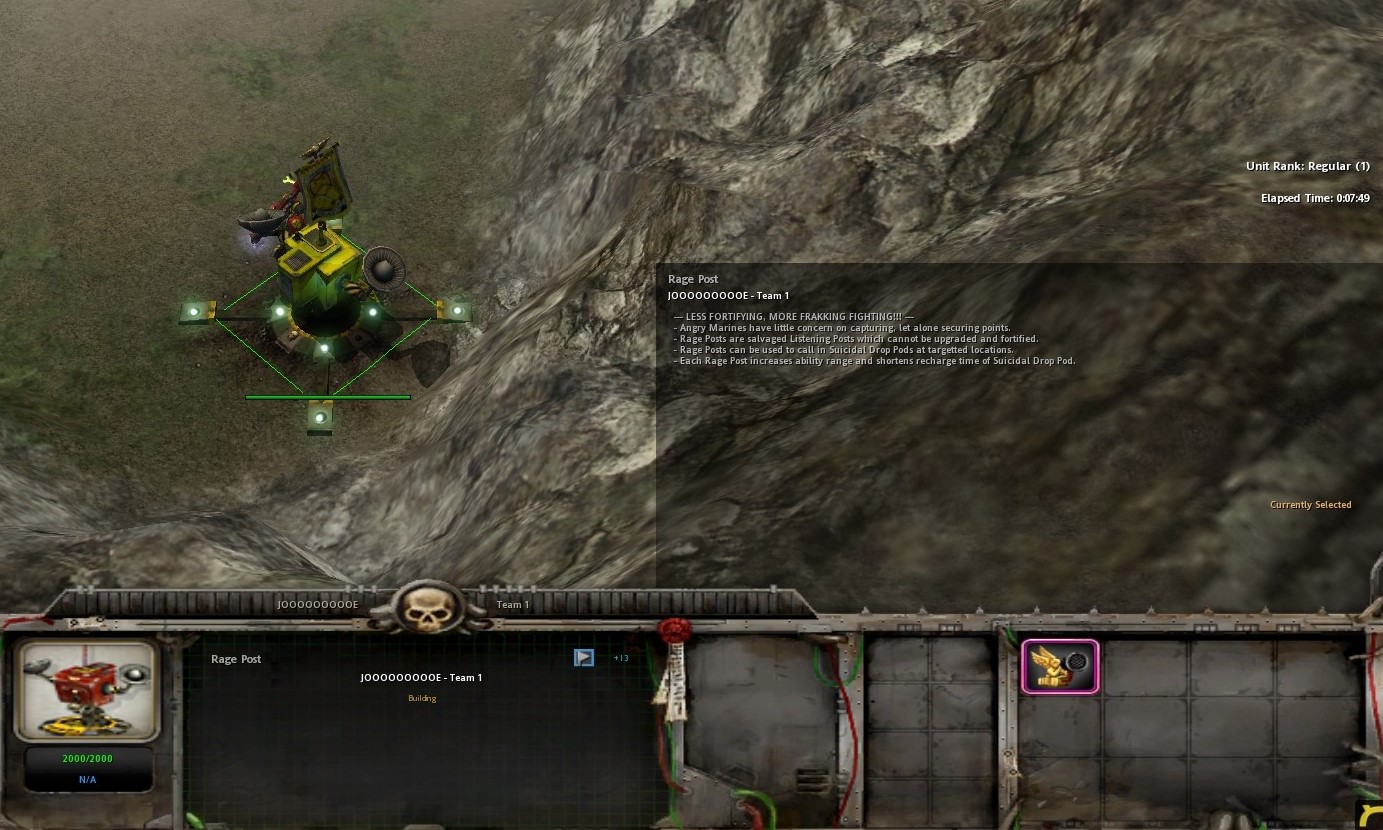 - The resource building of the Angry Marines.
- Produces both requisition and power at a very low rate due to lazy workers.
- Has abilities to "motivate" the workers for temporarily increased efficiency. Be careful though, they may not always listen.
- There is always the option to take from others too. 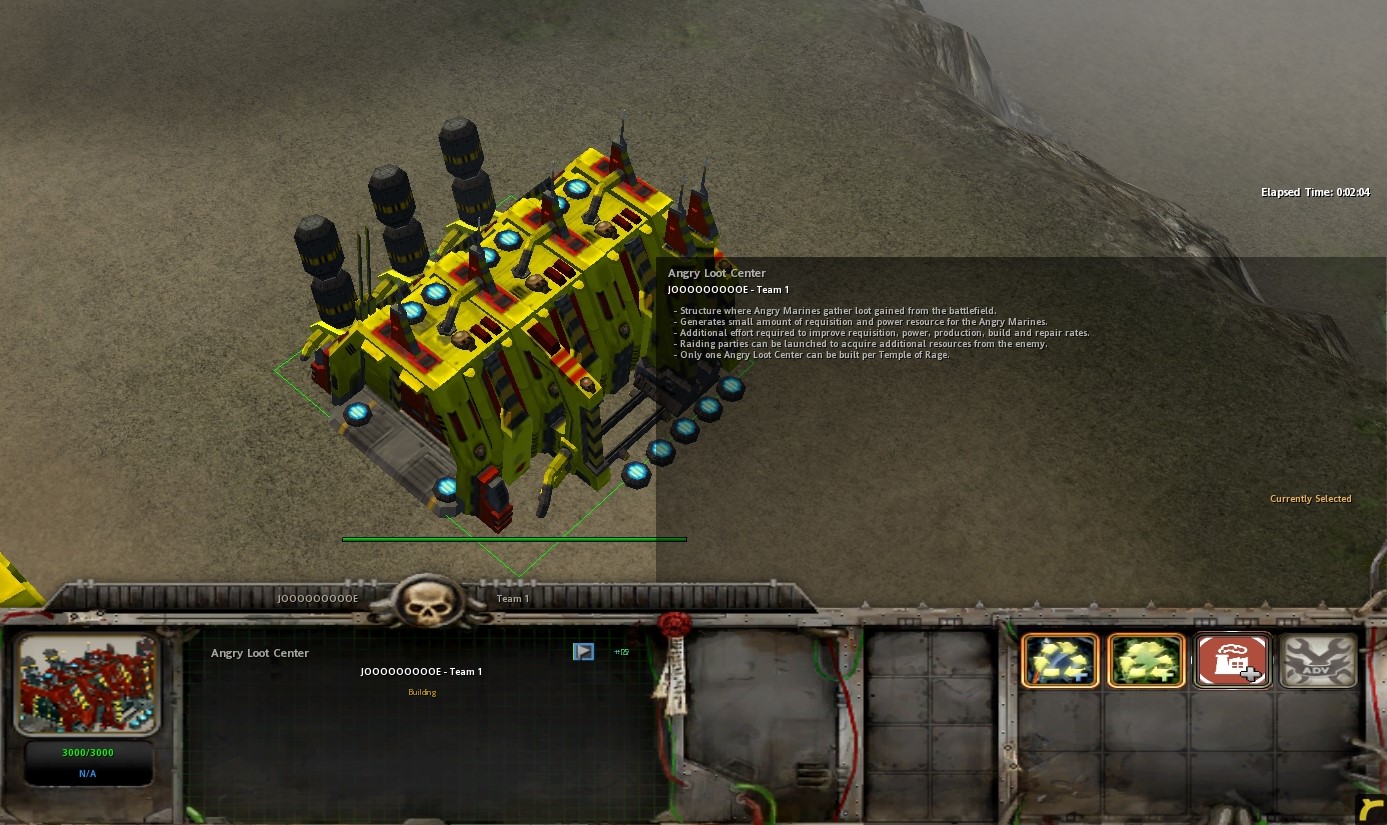 (Obviously being unique relics, they have a certain requirement before being researched) 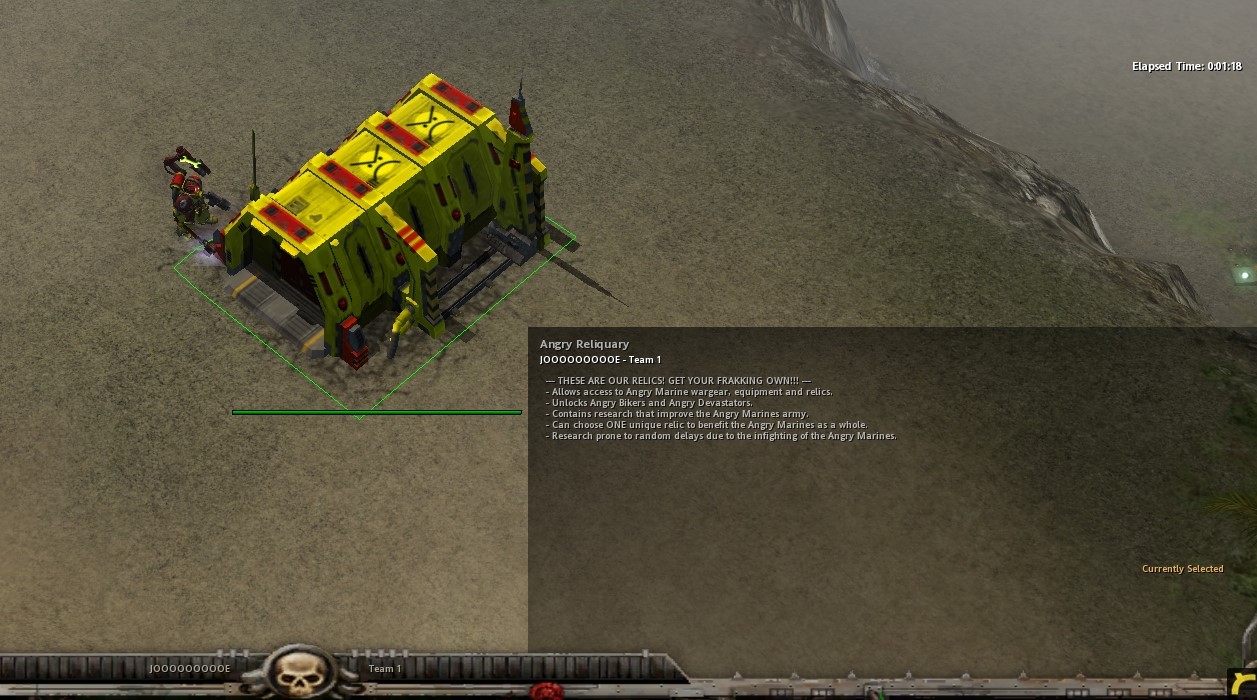 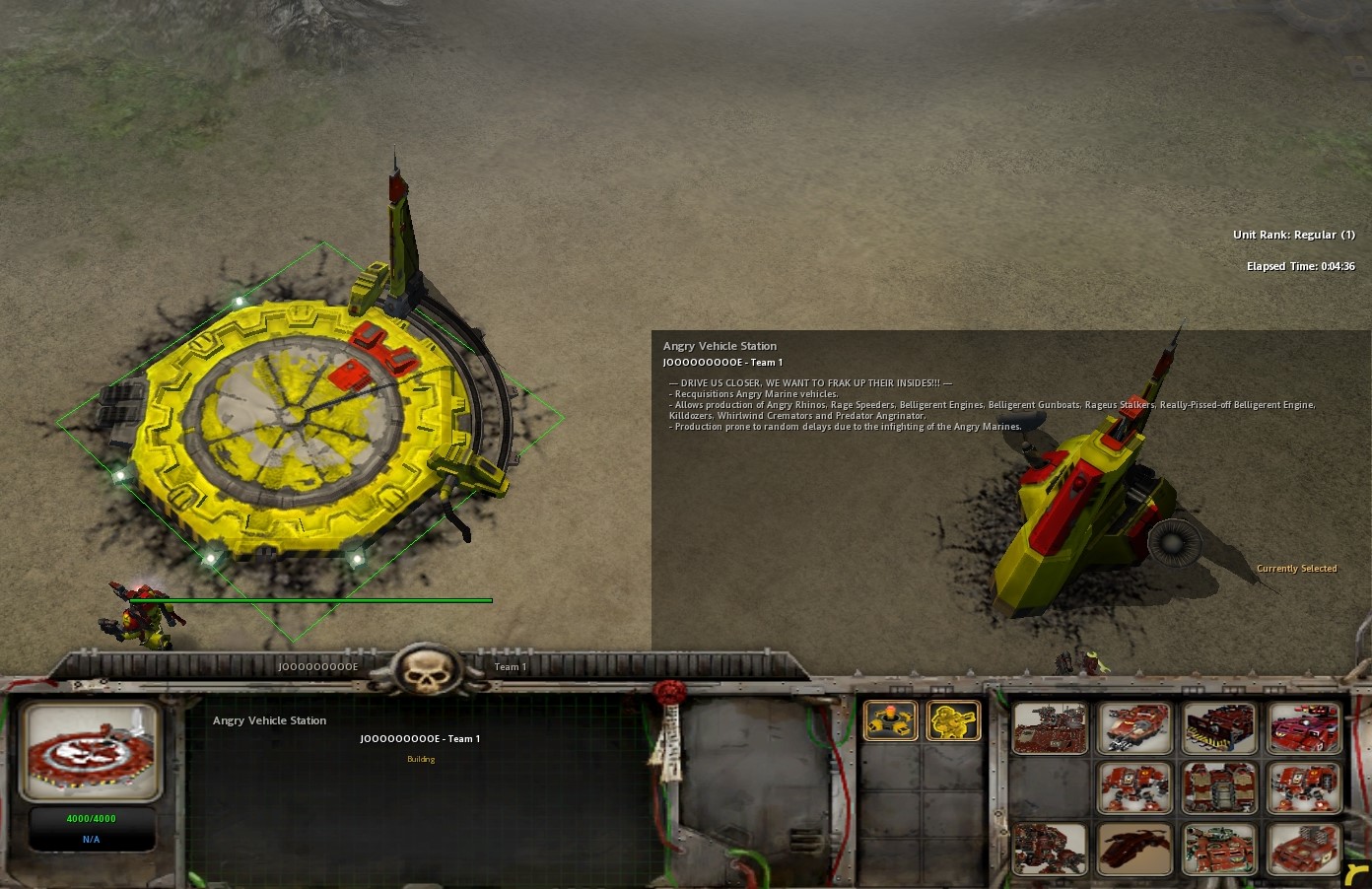 - Unique Hero building.
- Allows the production of one unique Hero at a time from a wide variety of choices from TWO branches.

Branches are:
- Angriest of Angry Marines
- Most Honourary of Angry Bois

(Both provide an array of 8 choices which the player can have one of one branch at any time. Which means a total of 16 unique heroes!) 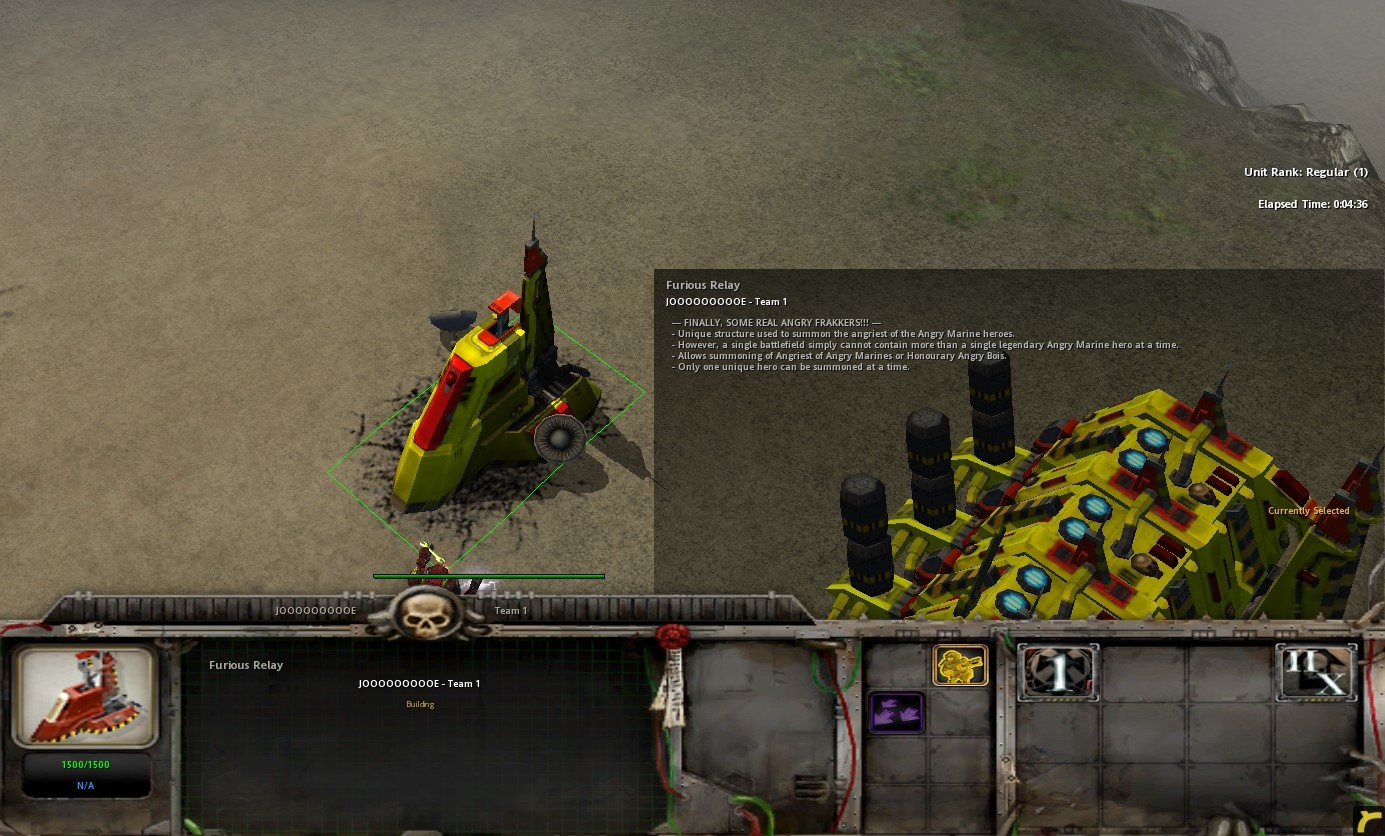 - Stands for Weapons of Mass Frakkery.
- Produces the most destructive superweapons of the Angry Marines.
- Player may choose one out of 8 superweapons, each requiring a relic point to be used. 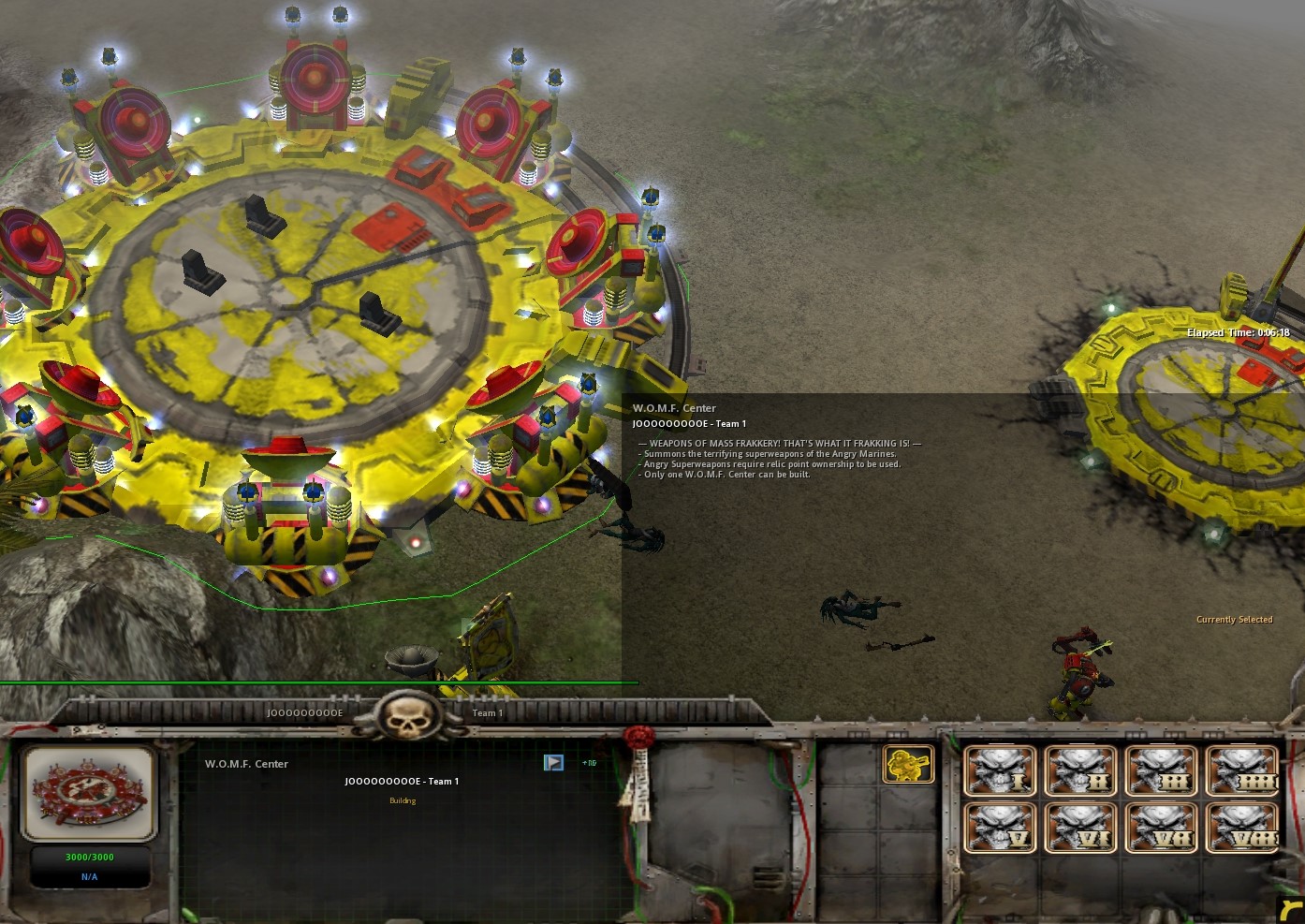 - Angry Marines are meant to be fun and interesting
- Yet despite their memery, they are designed to be playable and as balanced as possible.

Production structures in general suffer from Random Production Delays in general, due to Angry Marine inefficiency and plain laziness. 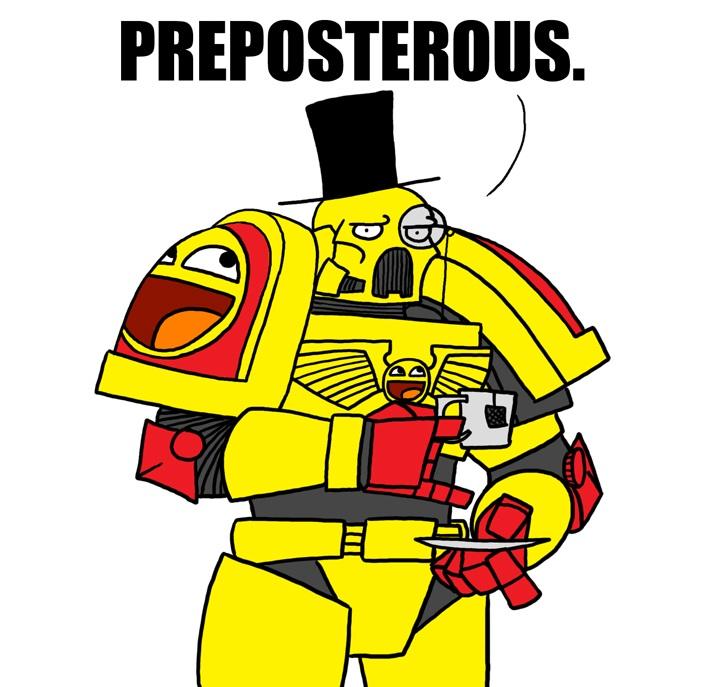 Last but not least,

- The morale system is tweaked to work differently for the Angry Marines with 4 main types.

Release of latest version coming soon, hope everyone will have fun with it! 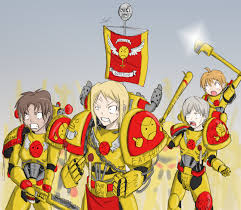 (Hopefully, everyone will enjoy the ridiculous angriness!)

PS - I repeat, aided by Black-Shield78, Gambit_1, Kekoulis, Thudmeizer mod team and many others

Another update on the progress of the NOT DEAD (but almost) Angry Marines mod.

A short update on the future of the Angry Marines mod.

An angry update on current progress for the Angry Marines Concept mod.

Basically why in the Emprah’s Golden Pauldrons am I doing this... ...other than it’s FUN!!!

Latest version of the Angry Marines mod for Dawn of War: Soulstorm. All rights of media to their respective owners. Have fun... Hehehehehe...

First release version for the Angry Marines mod for Dawn of War: Soulstorm by an amateur modder.

A badge and banner set by Epic Dude.

Is this compatible with unification mod? I seem to get an error every time I play with that enabled.

ALWAYS ANGRY! ALL THE TIME!

Does this work with dark crusade?

Really enjoying this mod cus its funny and the gameplay also enjoyable
Some jokes are outdated but i think it's understandable and also tolerable (infact this is the main appeal).Thanks for making this mods,really appreciate it.
Hope there will be other homebrew chapters mod in the future

I had a question: is there any units who can detect infiltrated units without picking "FRAKKING SNEAKY BACKSTABBING CRAPHEADS!!!" trait?

Also, amazing mod, Angry Marines morale system is a gem for me. So much fun seeing how your squad going absolutely nuts with broken morale, awesome!

Thanks for checking it out! Stealthed units are intended to be a major weakness for the Angry Marines, considering their more... direct methods to warfare.

There are ways around this like the trait you mentioned above as well as some heroes, units and structures.

Example: A certain fan from the "FRAK YOUR PSYCHIC CRAP" trait

Great work :D It's a really fun mod with several branching paths you can take. You captured the spirits of the Angry Marines really well.

Appreciate the compliment, had a lot of help and advice from the veteran modders as well as much appreciated feedback from players!

Thanks again for having fun with it!

I have noticed that the Primaris Inceptors have pathfinding issues where they get stuck on walls and terrain normally intreversable by infantry, presumably from the fact that they work like flyers that fly at troop level so the path finding is messed up, also their icon goes missing (becomes a pink square) when reaserching plasma guns.
I also think descriptions for the different superweapons in the W.O.A.F. centre would be extremly helpful.

Thanks I will look into it and see what I can do! Thanks for feedback!

Men of Praetoria Dawn of War