Ahoy! I'm the developer of Hyperventila: The Game, a space RPG set in my Hyperventila universe. I also keep an eye on the Humour Satire Parody group, I follow the modding community and watch game productions that have peaked my interest. Feel free to go through my blogs or image gallery if you want to get a glimpse of what I do. As always, have a nice day!


Back in 2010 I had a lot of strange and ambitious ideas for games, mods and designs. None was more ambitious at the time than Space 3000: ACEs Void, a flight sim/first person shooter featuring the M40 Asteroid Class Explorer. This tiny shuttle was a research vessel, designed for high maneuverability in dense asteroid fields and capable of spending weeks in deep space before returning to base. It featured laser cannons, traditional cannons, advanced collision avoidance systems, had lots of scientific equipment on board and was piloted by the best scientists/astronauts the Earth Space Administration and Defense force (ESAD) had to offer. A real Swiss-army knife of spacecraft.

In this old blog post I looked at the ACE and some of the story behind how I came up with it at the time, but I also challenged myself to create a third iteration of the design I had at the time. Perhaps it wasn't the greatest design I had ever made but then again I had only been doing 3D modeling for about two to four months or so.

So now, twelve years later, I have finally revisted this design and hopefully improved it a bit that even my seventeen year old self would approve of. 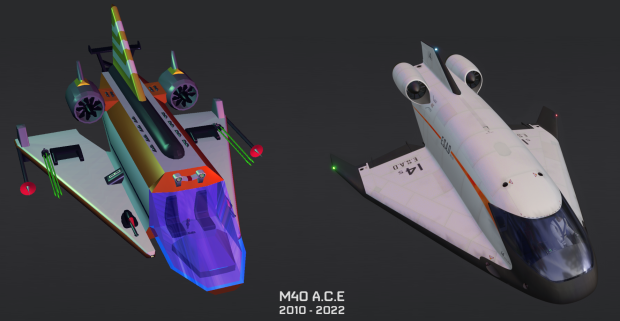 I started with Jovor Long's signature contribution to the M series, the M40 engines; Capable of being airbreathing in atmposphere, closed cycle in orbit and using advanced magnetic fusion propulsion in deep space.

These engines form the backbone of the ACE and enabled it to be effective long past its scheduled retirement date.

The variable-pitch propeller blades suck in air into the highly efficient heat exchanger where the air is cooled down and the compressed in a turbo compressor after which the compressed air is mixed with highly combustable fuel.On board computers maintain optimal flow through the engines and ensure faultless operation separate from the ACE's onboard flight computers. 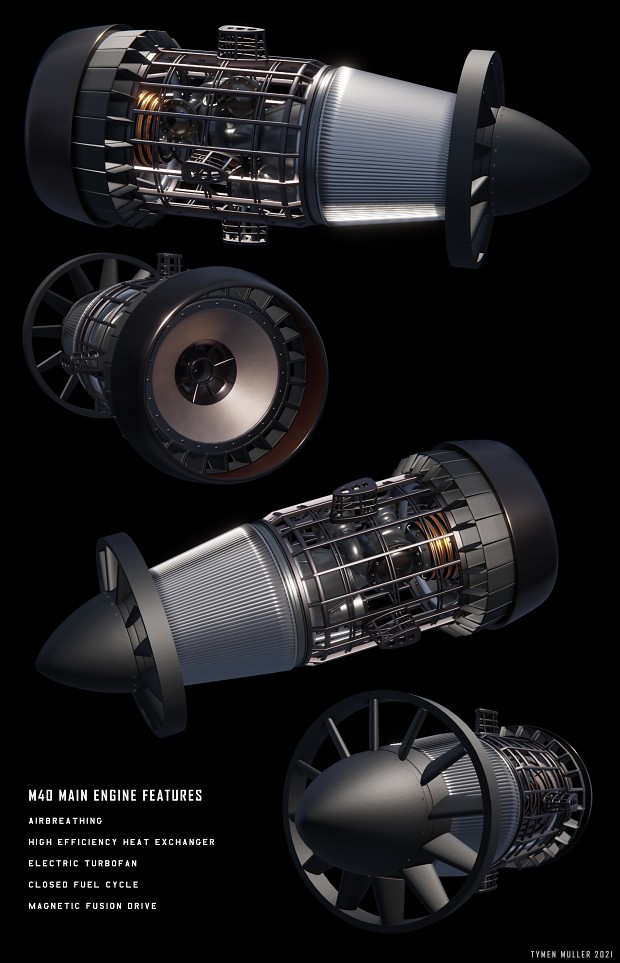 Secondly I started working on the cockpit and other internal systems. The M40 ACE features both analogue and digital instruments to ensure that no instrument is without backup. Two separate computer systems operate simultaniously to prevent errors from slipping through and should one fail, the other is more than capable of taking over. 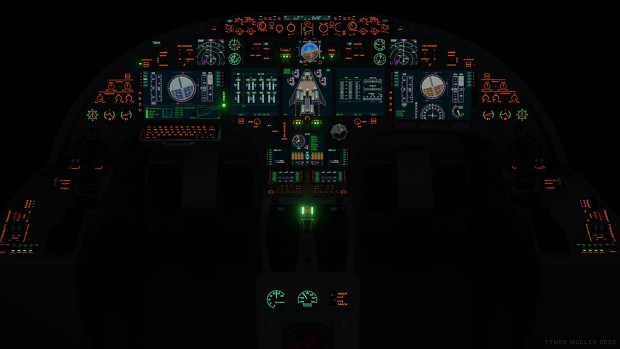 Finally came the rest of the interior and the renders (the animation took several days to render because I don't know how to optimise my 3D scenes): 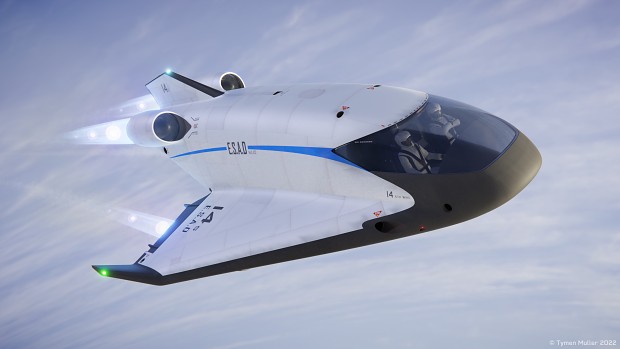 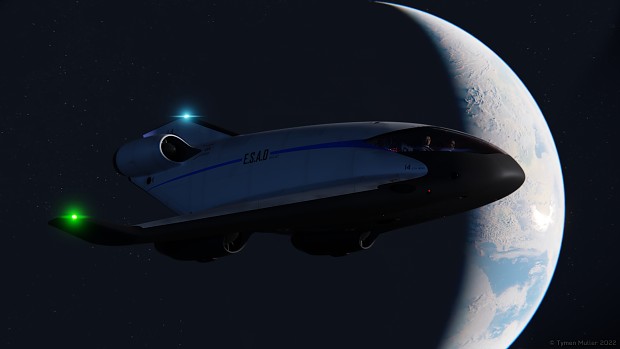 Overall this has been a fun side-project to work on even though I rarely got to work on it, I actually started this project back in December 2021, but I'm happy to call it finished. Maybe I should revisit some other ships from this era, like the Aloadae II, the massive paddle / delta wing passenger shuttle or the Athena, my personal space yacht. We'll see!

That's it for this blog and as always, have a nice day!

The Vanishing of Ethan Carter - Review

Celebrating twenty years of ModDB, it's time to settle your scores and decide the top classic and modern mods of all time!

ModDBs second largest 3d artists group for 3d designers and modelers who are just beginning or who are professional. We share images and ideas and comment...

A general discussion group for all people who pre-ordered, bought or plan to buy a VR headset (with or without all other accompanying accessories) for...

I wish you a very Merry Christmas

Sorry I'm a bit late but same to you!

I must say i loved your design for the "Prototype 1". :D
I wanted to ask if i can copy your design and make a small model of it?
Do i get the rights from you to do this? :)

Do you mean these Moddb.com ? A small model, a 3D model? I mean, whatevs, feel inspired, go ahead =)

What do I like most? No freakin clue mate, only thing I know is that I keep coming back to it every day so there must be some appeal ;)

Hahaha! xD The website is so good that you do not know what might be the most good thing about it ;)

But have you try out a lot of mod's yet here on this website? And if so, is there a mod here that you have enjoyed a lot, that you can recommend?

I use ModDB to keep track of all the DB websites I'm interested in so IndieDB and VRDB as well.

I stick around for the community and news posts mainly.

You following all type of news here on this website. Mine also about games?

Yeah I read your articles from time to time.