The Vanishing of Ethan Carter - Review

The Vanishing of Ethan Carter by The Astronauts

The Vanishing of Ethan Carter can only be described as an interactive, narrative driven vision of beauty telling a horrific tale that will grip you until the very moment the story ends.
From the moment crime detective Paul Prospero comes into this world, the Vanishing of Ethan Carter will strike you with its visual beauty and eerie atmosphere. Be it a stain of blood on the ground or a distant sound on the wind, you'll never feel completely safe in Red Creek Valley. 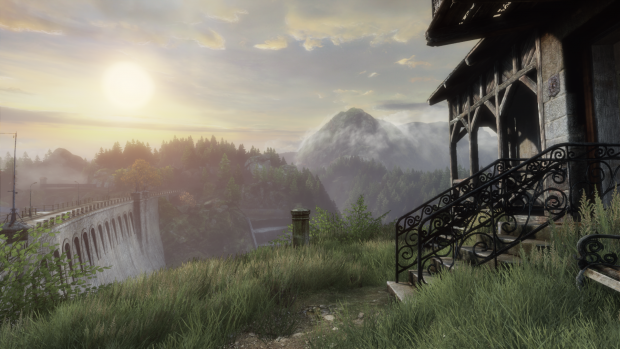 The first thing that came to my mind when I jumped into The Vanishing of Ethan Carter was that it did not look like an Unreal Engine game, especially not Unreal Engine 3. This is a technical achievement all on its own by the developers. The draw distance alone as well as lush environments show that The Astronauts succeeded where many AAA developers failed miserably. Naturally there are no loading screens.
Granted, the game requires a pretty powerful PC to run which is where I think the game has its biggest flaw. The game is decently optimized and I personally was getting solid frame-rates in outdoor areas with most of the settings set to High. 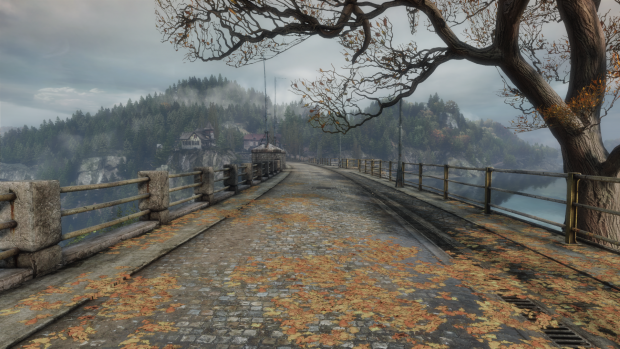 Is The Vanishing of Ethan Carter a game? No. Just as with many other "games" in this not-so-well-defined genre (like Dear Esther for example) The Vanishing of Ethan Carter only comes close to being a game during the crime scene investigation... let's call them puzzles.
It is a narrative driven experience which focuses on the story and immersing you in the world. It does so very well because it doesn't have guns or well defined gameplay mechanics such as skill trees and weapon upgrades. It will tell you it won't hold your hand and this is quite true.
This approach means you will have to figure out the mechanics for yourself and you have to do so in order to advance the story.
The crime scene investigation mechanic works in such a way that you have to find and restore objects to their original location and then linking a chain of events together by playing them back in the right order. This is where your supernatural powers come into play. My first experience with the crime scene investigation mechanic was for the most part looking around and clicking on objects it will draw your attention to. The way it does that is by hovering texts above the object in question. When you click on said text it shows you a thought process that in turn gives you clues as to what you are looking for.
It is a way of informing you what to do while not ruining the immersion with a HUD notification or by pausing the experience.
If only more game developers would take that approach. 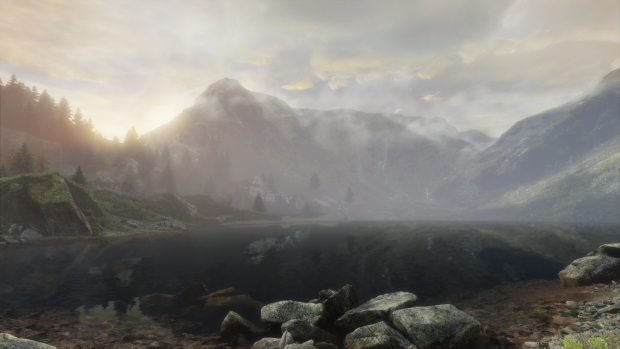 Story-wise the game will show you various events that you access through investigating crime scenes. While you can solve each of the mysteries in whichever order you please, the main story doesn't start coming together until you have solved at least half of them. Finding stories left by Ethan in the world will give you an idea of what is really going on and while there is a big twist, I think most people will have realized it long before it actually happens. If they payed enough attention to the stories, newspaper cut-outs and other minor clues that are left around in the world for you to find.
I would love to give more of an example but the story is hard to write about without giving away major (or minor) spoilers. I will say though that the writing is very good, I never had any problems with the dialogue although the voice-acting didn't always fit.

The Vanishing of Ethan Carter is a great addition to my Steam library and while I got it on sale it is in my opinion worth the 19 Euros that it currently costs on Steam.
I want to see more games like this and I want to see what The Astronauts come up with next.

Thanks for reading and have a nice day!
Admiral Skeybar

Good review. I might have to pick this up next time it goes on sale.

Thanks! you should, I highly recommend it.