This is the group about one of greatest states from my own book.
Main author is me - Alexander Krokhmal.
All rights are protected. Its about my own fantasy universe.
----------------- 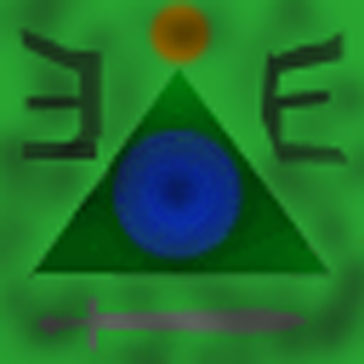 Potestas Dominius - mighty state, which was created by legendary Salah`Zarr God in the Age of Old Times. In the ancient ages, H`Shangaara race descendant, which have name is Marfoor Leodegran Salah`Zarr made own empire and tried to capture the whole universe. His main force was his religion, which he tried to spread to all worlds and races. Potestas Dominius was the first intergalactic state, which had only one religion and powerful forces. Armies of Eladraman Potestas were consist of humans and other races, who just wanted to prove their loyalty to mighty Salah`Zarr. This state was the most big evil in the all universe. Many wizards saying, that Potestas threat is even more terrible then Yotuns. Yotuns destroying worlds and all life forms, but Eladraman Potestas spreading dictature form and religious control under all captured worlds. Many humans are started to be slaves of alien, who is calling himself as a God of Light. Eladraman Potestas was crushed by the Rebellion forces and Salah`Zarr government was defeated. Potestas domination period was near 1500 years. It was the biggest star realms in the all universe. Thousand worlds were under control of Potestas government and their religious propaganda.

Reborned Potestas was appeared not far time ago. Its foundation was in the middle of 26 century AD in the Far Worlds sector. Primaris lords of Enveral planet created plans about reborned Potestas and they had victory of their plans. Salah`Zarr God returned from the Chaos worlds and again started to create his own intergalactic state. He activated all his ancient ships and gave his technologies to his new servants. Reborned Potestas started to be the combined state of humans and Madi`Lim race, which were truly servants of Salah`Zarr. New force is appeared in the universe. New evil is coming to worlds. And this evil can be more terrible even then mighty Yotuns invaders. Salah`Zarr God is now in live again and his forces are very big. Chaos Crusade has come.

Potestas in my book story
This state appears in the "Infinit-Alpha" story of my full book. "Chaos Crusade" plot line is also describing period of war with this mighty and greatest empire.

Orlick Snakelord and Potestas in the New Canon

Orlick Snakelord and Potestas in the New Canon. Article about new avatar of my universe.

Prologue of "Salah`Zarr War" . Just read and understand the plot.

One part from "Name of the King" (OC)

One part from "Name of the King" (OC) Russian Lang.

Salah`Zarr War. Destruktorohh. (ENG v) Read it pls.... when you have time.

One part from the "Salah`Zarr War" full story. Now in russian.

Soon you will see there my new article about New Canon Potestas.

Maybe in future there will be full Salah`Zarr saga from me.

I think you need a pro reader to help you with the language. Don't get me wrong. Your English skills are great, but the way you construct the sentences are a little unnatural. It's more structured like an direct translation of something Russian, than how Americans and English speakers use their language.

Take the first lines here:
Potestas Dominius - mighty state, which was created by legendary Salah`Zarr God in the Age of Old Times. In the ancient ages, H`Shangaara race descendant, which have name is Marfoor Leodegran Salah`Zarr made own empire and tried to capture the whole universe.

This should be more like this:
Potestas Dominius - A mighty state, which was created by its founder the legendary Salah`Zarr. A God in the Age of the old times. In these ancient ages, The H`Shangaara was race that was created by him, which have it's name as a species given as Marfoor Leodegran. Salah`Zarr grew his own empire from them, and attempted to conquer the whole universe.

The first one make very little sense to an English speaker.

"Name of the King" finished at all! See my latest profile blog!
Moddb.com

Thanks for the invite my Russian friend :)

Also I am making Potestas Consistorium (ruling council). Who wants to be part of it? ;)