PurpleRune is a cool little RPG game in which you fight, steal, and explore your way around procedural dungeons with procedural weapons and procedural monsters

Hey, To explain everything a bit, I have decided that due to productivity and issues with the game's core code, to make the move to Unity. It was a big one that has involved completely scrapping everything, but hopefully it is for the best.

So far I have a procedural dungeon generator which isn't actually too bad, and a basic player movement system that works surprisingly well, it also works on touchscreens.

Here is a screenshot of what I have so far: 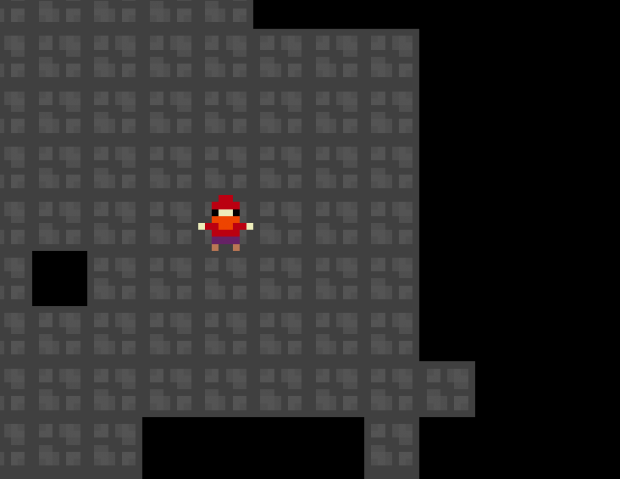 To move the player simply clicks or touches a nearby tile to move there. It is a very basic system and needs improving but for now it works just fine.

Next week I will start work on spawning objects with stats and lovely things like that, and I'm also hoping to get orientation support onto Android devices.

Part of this new strategy includes releasing the latest builds on here to the public, for Windows, Mac OSX, and Android, the download links are here:

After a short break while I re-entered the realms of hell (school), I am now working on PurpleRune again and development is going very well...

The first of the weekly project logs. Welcome to the first project log from Nutshell Games. These weekly posts will be an overview of the project, progress...

Since the last dev log, i've really made some progress with the chunk system and development is really going very well...

This week I've been working on everything and development is moving pretty fast, albeit a small fraction of what I hope will be in the Alpha...

From the latest videos it appears it takes 30 secs to make a new game, does it create the entire map for the whole game there and then?

Hey bakerg, this was the biggest problem I had with the game, what it used to do was generate a huge 3200x2400 world, and populate it with 32x32 tiles. This wasn't the most efficient method as you might imagine, and also it means there is only a finite game world. To fix this I'm using a much smaller game world, and saving/loading to and from file, allowing for infinite game worlds and instant generation, as a result, opening a new game now takes milliseconds instead of half an hour :D Thanks

Thanks for the reply, a 3200x2400 world is huge, I can understand it taking ages now. The chunk system should work a lot better though, and expandable worlds will be awesome.

Tracking to support a friend dude. <3