The war with Nilfgaard obliterated the old order. The North is engulfed in chaos, and marching armies leave a plague of monsters in their wake. Geralt of Rivia once more treads the Witcher’s Path. 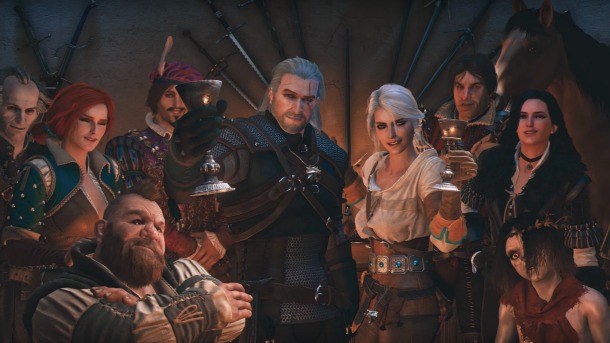 Prepare yourself for Halloween Game Contest!

The Witcher 3 - CD Projekt Red with a last farewell!

First easter egg that has a farewell from CD Projekt Red.

The Witcher 3 just got updated to version 1.10! And guess what? It's unofficial launcher too.

Yet another definitive update of The Witcher 3 REDUX

This is a script file for those who are getting compile errors due to a missing function (RefreshMainMenuAfterContentLoaded).

The definitive release version of The Witcher III REDUX

What started as a damage rebalance mod became a personalized gameplay redux version of the game. The aim was for a slightly more realistic damage model...

Please, watch my litle gameplay and subscribe my channel. Thx

The controls/camera/AI are terrible, as is the combat. You just roll around, and spam attack button, role when they attack. Don't need to use crossbow or magic. Can't even choose which way to roll, its all automated. As is the Horse, you press the gallop button and he steers for you (going across roads towards your destination) so your not in control (automated steering? that should have been optional). AI walk into each other constantly, you can steal everyones stuff in front of them etc This is going to have to be patched ASAP, I recommend for people to hold off until this happens.

you control the direction of your roll with the directional buttons. You steer the horse with the same. I didn't even know about the optional auto-horse until well into the game

You haven't played the same game as I from what I read, and obviously on lower difficulty level,I can't tell on consoles but on pc you cant both gallop wherever you want and roll witch way you choose, game on higher dificulty level signs and blade oils are a must.

OK turns out you can choose direction of roll or dodge, but it requires double tapping a direction for the dodge, and rolls seems to be working manually now. Spamming attacks doesn't work so well on later armoured human enemies, or on Nekkers, wolves, Drowners, Spectres, shield using enemies, two handed axe or spear enemies etc but it took awhile for things to get going. Sigh.

They do tell that its the last part of Geralt.
on the next title they might tell us the new story of a new legend.

Please release more information on this title i love this series with all my heart it is true to its origin and time line.