Blitzkrieg 2 is a RTS located in WW2. As its predecessor and the similar Sudden Strike games, Blitzkrieg 2 focuses on the battles of World War II rather than real-time strategy aspects like base building and resource extraction. The game features many new features and units over its predecessor; the graphics engine is upgraded, allowing for full 3D and the game features over 250 units compared to Blitzkrieg's 200. The player has the ability to dig trenches, lay mines, resupply and repair units or call in air support but there are no resources. Virtually everything can be destroyed including buildings and bridges. Forests can be flattened by tanks or artillery. Each unit of a respective nation speaks its own language, adding immensely to the immersion. The game shipped with a mission and resource editors for users to create their own units and maps. The game contains five factions: Germany Soviet Union Great Britain and France Japan USA 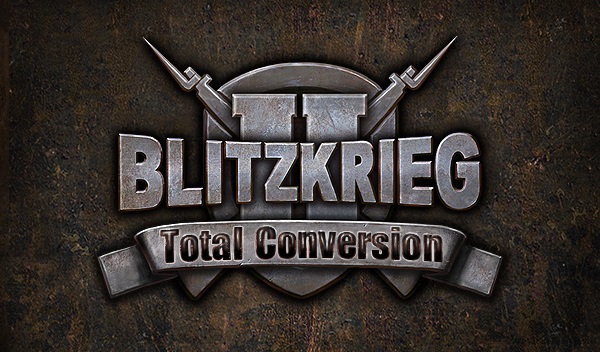 5 different types of infantry, each having their own specific characteristics, strengths and weaknesses. Experience wide range of AT weapons, field guns, grenade launchers, mortars, flame throwers and support vehicles. 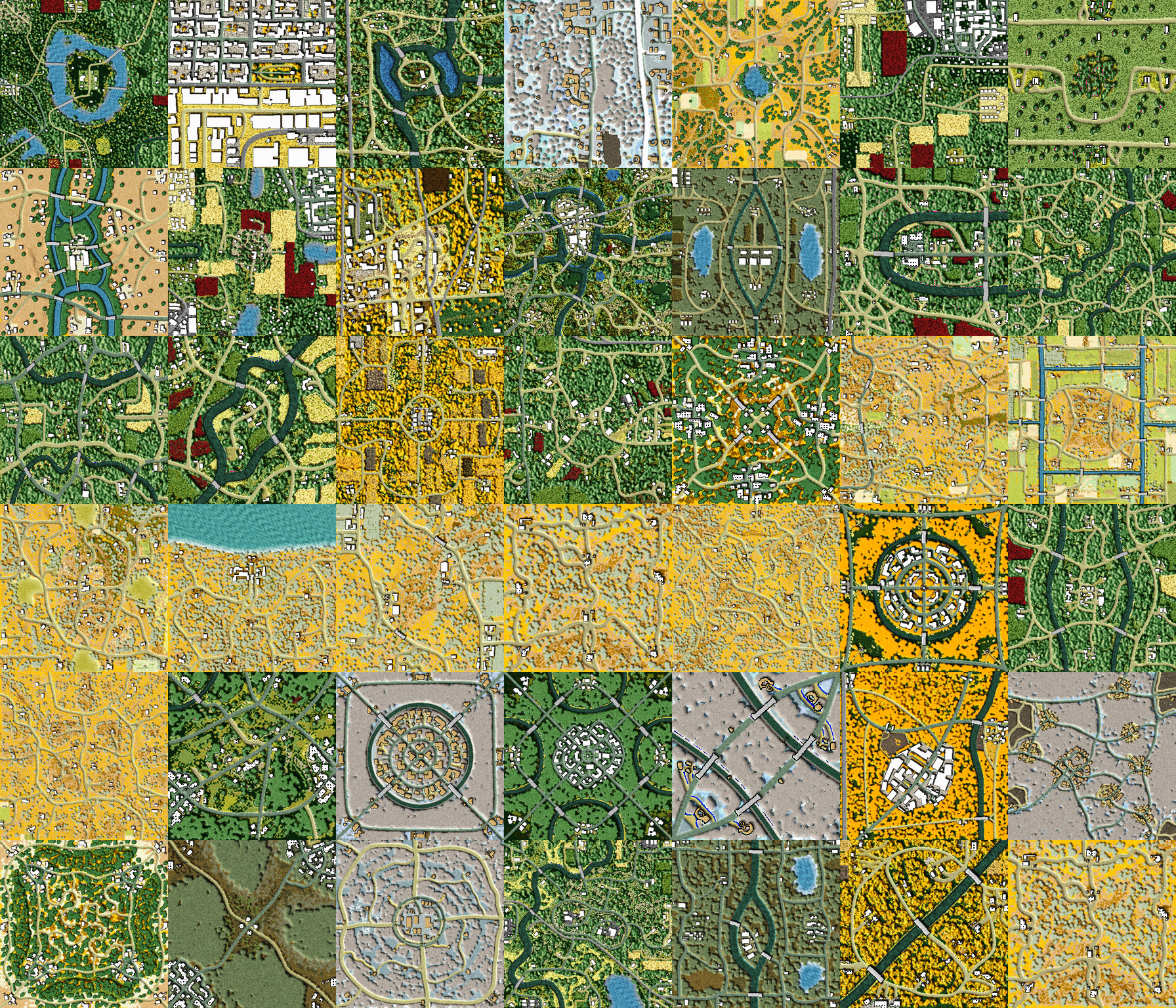 125 multiplayer maps including 12 vanilla classics, best of FotR and Liberation, as well as dozens of completely new ones. Try our new scripted historical and fun maps. 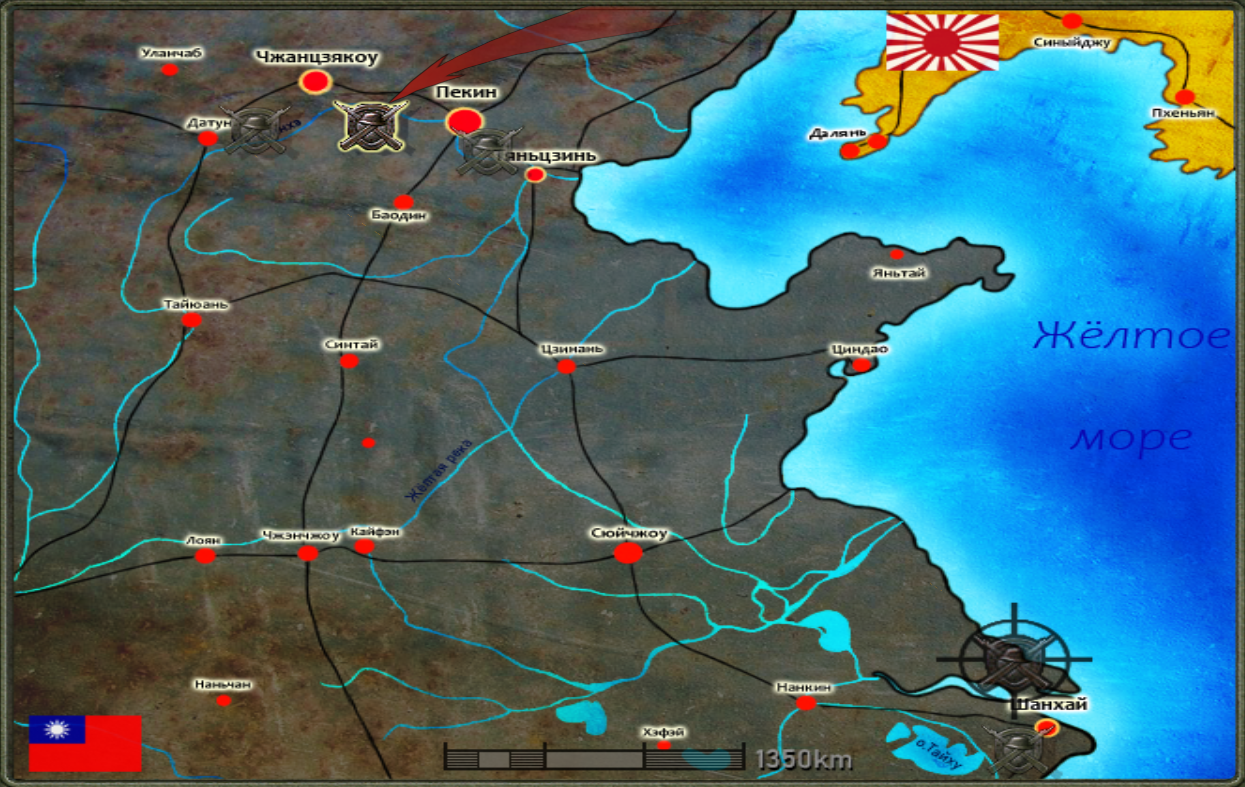 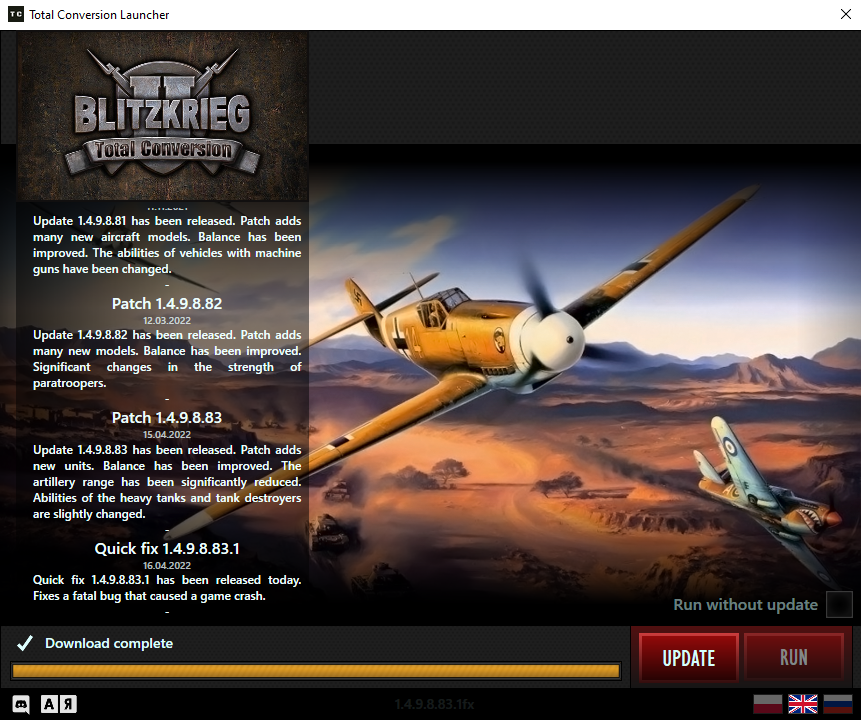 Our new Launcher can smoothly update your game, show you the latest news and direct you to our Discord server. 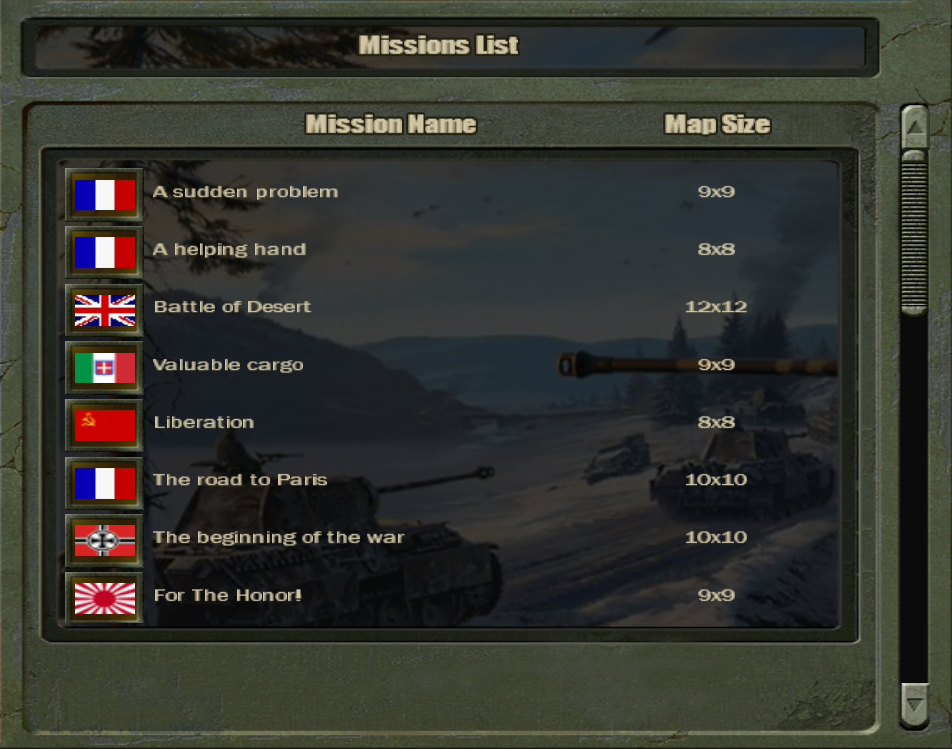 Dozens of challenging and varied custom missions ready to test your abilities and force you to question your skills.

Join our discord server. Post some memes, arrange a game, discuss history, watch anime and have a great lot of fun!

There are two commercial mods for BK2: Fall of the Reich & Liberation I can't tell much about them because I just found out they existed. new Campaign...

New battles are waiting for you!

Commander, we have new missions! Waiting for a new adventure!

The units of Blitzkrieg

A list of the unit reinforcements and their special abbilities

here some links for multiplayer maps Please exit the game before you install any files into the data folder of BK2! Multiplayer Maps for LAN/nival-net...

Patch adds new units. Balance has been improved. Fixes bug with US ground attack aircraft not being armed.

Patch adds new units. Balance has been improved. The artillery range has been significantly reduced.

Patch adds many new models. Balance has been improved. Significant changes in the strength of paratroopers.

Patch adds many new aircraft models. Balance has been improved. The abilities of vehicles armed with machine guns have been changed.

Can you get the houses and units out of this game ?
U.kanobu.ru
X-Team:
Rutracker.org

Where can I find the 2.5 mod, none of the links work anymore.

Blitzkrieg 2 It's just a better one

Do you have Jungle run

is that a map/mission name?

Would like to know where can i find more SP maps?
I've found 2 only.

Well try harder, I found several (20+), but I'm not hosting them, as it is not my work.
sorry i have no link either, but I know it was intensive searching (looking for specific mapname) and ending on an cloud-drive (I think it was microsoft)
I used 4 missions in a mini campaign:
Bk2-mp.webs.com

After 10 days downtime Nival.net (Bk2 multiplayer server) is back on again!
Hope to see you in custom battles!

wow.. is this a full installer?

No, You gotta buy it.