One of the best World War II real-time strategies around, Blitzkrieg offers over 80 missions divided into three campaigns - western Allied, German and Soviet, and multiplayer LAN/Internet matches support. The game is fully historically accurate, and all of 250 objects and 40 infantry types actually existed during the War. The feeling of realism is supported by true WW2 video and great audio.

Blitzkrieg is the fine art of strategy, but with much more finesse! Dissect your enemy with surgical precision, halt the enemy's advance with strategic tank and air assaults, and maintain your offensive momentum. You can prove your tactical skills by triumphing in various historical campaigns during World War II. Command more effectively over the course of the war.

Progress through the game is rewarded through access to the latest warfare technology, so strategic guile is recommended.
Accept the challenge and launch your assault, remembering that …

Attack is the best form of defense! 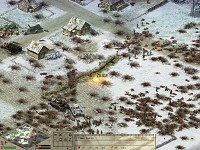 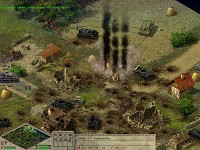 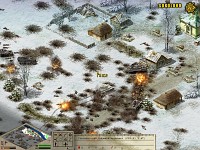 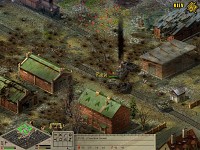 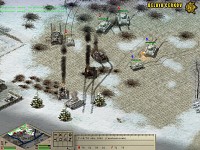 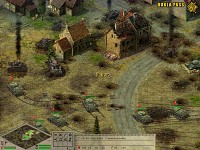 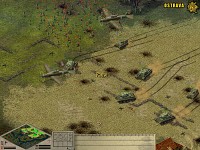 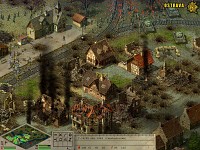 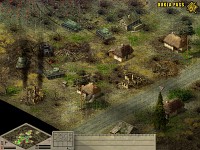 A completely new approach on Urban warfare with a lot of objects and models. Fight in the mud covered with craters or fight in the city, covered with...

strengthened enemies, aviation. while all the equipment is just in fashion, there are more tank slots, more enemies are added and the parameters for aviation...

Newer version of the Unlock Mod, but with more Units including: IS-1 IS-2 Tiger II Morser Karl Costal Batterie

THis mod will unlock most units imminently after you finish the tutorial, in addition you get 6 slots for tanks and 6 slots for canons from the beginning...

This Mod is similar to the specific gameplay changes of Mission Kursk by Active Gaming. Mission Kursk contains many changes: -Soldiers have different...

New version of my mod. See the Read Me file inside the Archive for details and installtion guide.

Translation of Buzuluk To Prague to the Spanish language. Author: Viriato13

how come the gzm mod is not in english ive looked at sites that have it but they all seem sleezy or may have viruses and how come gzm is not on moddb?

No viruses there is no 100% guarantee That links from which you can easily download the English version. )
Maintracker.org
Nnmclub.to
Torbina.com

Are there any mods to this boring game ?
https://www.moddb.com/games/talvisota-icy-hell

i got question so i did install iron frost everything up to date but when i try to play it i cant find campain in my menu , could anyone tell me what am i doing wrong? thank you

Blitzkrieg is an engaging RTT (Real-time Tactics) game released in 2003 by Nival Interactive , the gameplay and overall presentation of the game is very good, however it is quite notorious for the huge micromanagement the game requires the player to pay attention, unit preservation and careful planning is emphasized and careless mistakes will send you to the "load menu". while playing for sometime Blitzkrieg can be a blast to play however in the long run you will get weary of the micromanagement…