In Axis & Allies: RTS , players will relive and experience the most epic struggle in the history of mankind, World War II. Players will be able to direct the military and economic destiny of any one of the world's most powerful countries - United States, England, Germany, The Soviet Union or Japan. Axis & Allies: RTS will not only capture the intensity of war but will also allow players to change the outcome of the major battles and campaigns of World War II.

Confronted with the strategic and tactical situations experienced by the top generals and national leaders of the period, players will have to make critical decisions that determine the fate and the destiny of the world. Axis & Allies: RTS will feature gameplay elements such as unique organization of units; command of land, sea, and air units in real-time; dynamic fronts and supply lines; interaction with Generals and Leaders of the era; and intense online play with a powerful random scenario generator. 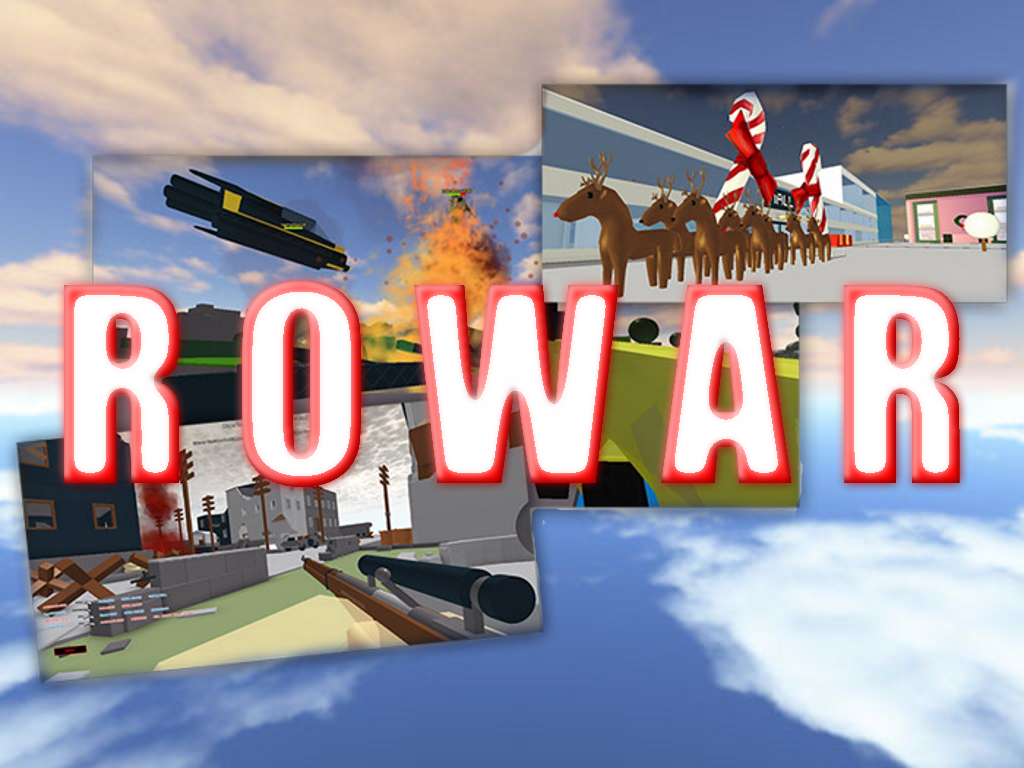 As 2021 was, 2022 is an important year for this mod. It marks the tail end for the mod's subject matter. The cutoff for the mod is essentially December of 2012, with some very rare exceptions made only when necessary. 2012 was perhaps the last significant year for ROBLOX clanning as it originally existed. It was the last year of constant activity among the original superclans and their immediate followups, and the last full year before ROBLOX updates that decimated the community and its ability to recruit and fund for itself easily or en masse.

Though the original focus of the first release for this mod was for RAT (the Roblox Assault Team / Frostarian Union) and VAK (the Vaktovian Empire) to be completed, as well as the extant, unfinished factions already added, this is no longer considered desirable or practical. It is now more unclear when a release will come about - perhaps a 'working version' of the mod will be released in March, in time for the 13th anniversary of The Mobile Bloxxers' founding, with a working version of that faction and the Vaktovian Empire it faced. This would, in my opinion, be a great way for me to remain motivated and build momentum for further development of the mod after that initial, somewhat incomplete release.

In the interest of quantification of progress (something I don't think it is possible to do accurately, given ever-changing concepts and expectations) here is a sort of progress report on those factions which exist ingame in the present, and other current requirements needed for release. Outside of completed factions, it is desired that all terrain and some other visual assets such as doodads be completed before release.

New textures have been made for Temperate and Tropical biomes, bringing them mostly up to the standards expected of a release, though with no new doodad or structure models. Desert, Arctic, Savannah, and Chapparal are all mostly untouched, as are water textures. It is possible I will alter my strategy for terrain development and make RoWar maps use entirely new terrain biomes, reducing expected mod size and drastically easing development time. The downside of such a decision would be that RoWar maps would no longer be playable in other mods (which may be likely if they use new objects for buildings and doodads on the map anyway) and that, perhaps more importantly, non-RoWar maps would no longer be playable on or compatible with the RoWar mod. I have devoted time to this question but not yet reached a decision. Feel free to comment below any suggestions or advice you may have.

I feel like the expected release factions are moving in a good direction code-wise, and so numerical variation in the progress estimate is dependent on what factions are actually included as playable in the first release. United States Military has been redesigned multiple times now, but the current proposed design is something I think I can be happy with, and it is possible that this will be a playable first release faction. Panzer Lehr is also near to complete, as is British Red Devils. The Vaktovian Empire and The Mobile Bloxxers, as well as the Roblox Assault Team, all exist ingame presently, though only as nation files, without any other code or assets besides staging UI and, in the case of MB, HQ badges. 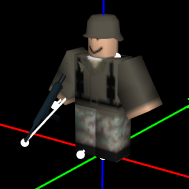 Virtually the only new models ingame are infantry units and their weapons, mostly for USM and Panzer Lehr. The only vehicle models remain the Empire of Japan "War Plane" recon aircraft and British Red Devils Spitfire. I have debated switching design direction to something more "inspired" by actual vehicles than based purely on their models, as this may actually be easier and also look better. The very bare brickcolor look of the purely ROBLOX based vehicles do not look particularly good in A&A, at least with current materials. In any case, VAK, RAT, and MB all have basically 0 unit or building assets, and all other factions are currently limited to infantry assets with few exceptions (EOJ, BRD). This is an area that requires major work to reach completion.

Hopefully I will make much more progress on this mod given my new personal situation, at least in the short term. With that will come new images, and maybe status report articles.

In any case, thank you all for your continued interest in this mod. Leaving comments or even just watching the mod really means a lot to me. Take care!

My recommendation is that reality should not be strictly followed as far as alliances are concerned. There should be an option to play a fully customized...

New version: - Added the Grand Caliphate to the game. It serves as the mod's dedicated Middle Eastern faction. - Completely redid folders so that memory...

Bat-files for "Waddle" for work with "A&A" Data.rwd. Download the programm by link below, unpack and replace original .bat-files by this two.

I downloaded this game for free from oldgamesdownload.com and it runs perfectly fine. The only issue is that it is stuck on low-res textures despite trying to change it in options menu and several restarts. Has anyone experienced this and learned how to fix it?

Hi all :)
Im sorry, but can someone tell me how the Defense Value (DV) parameter works in the game? The game says that "damage is reduced by the amount of defensive value", but what does this mean?
For example: DV=2 - this mean that the damage is reduced by -2 or /2 or 2%?

So sorry I missed your post. Here is the formula for damage in Axis & Allies.

So in your case, if the total damage of an attack after combat efficiency is 10, a DV of 2 will make that attack do only 8 damage. A subtraction; -2, like you say. There is a case where this does not happen though. All attacks with an attack value in Axis & Allies must do at least 1 damage, so if this unit with 2 DV is attacked by an attack that has only 2 AV, that attack will still do at least 1 damage. This also applies to damage resistance, which applies to specific damage type as a percentage: 80% damage resistance to gunfire means only 20% damage is done, for example (though still at least 1 damage!).

It is worth noting that some types of damage ignore DV completely, like sniper rifle bonus damage to infantry.

Thank you very much.
It was useful information :)

I live to please, friend. Let me know if you ever have any other questions. I will hopefully release a tutorial on modding at some point in the future that, amongst other things, tries to explain more of the mechanics of the game.

anyway to buy this game? i miss it!

There are a few copies of it floating around for free online, if you have the courage to explore their download links. I'm not sure it's actually being sold anymore and it almost seems to be a sort of abandonware.

Hi! My dear A&A fans! Welcome to the Axis&Allies RTS alive community from china! There are multyplayer game rooms here everyday! and We got pretty Mod updates here too! If you want to jion us, please email to me. I will send you direction if you need.
email: Crazyvest@qq.com

it's been awhile since I posted an update. honestly all I planned on doing was to get rid of bugs in the game. but as I was reading up on things, fixing errors here and there, I decided that I could flesh out some of the minor factions a bit more.

I had to completely overhaul my mod to make it compatible with Windows XP. this involved renaming thousands of files. I still have thousands of more to go before I fix a lot of these things. I'm hoping to post another updated version of the mod in the next couple of months. I just wanted to do an update here to show that development and trouble-shooting isn't dead in the water.

The best WWII Strategy by far.