In previous years MOTY's and IOTY's we have focused on the mods and games that the year produces. This year I would like some time to showcase the teams behind the games you all know and love.

In previous years MOTY's and IOTY's we have focused on the mods and games that the year produces. This year I would like some time to showcase the teams behind the games you all know and love. The developers who have stood out either by doing what they do best (developing) or by just being awesome guys. So here they are in no particular order, the stand out developers of 2010 that belong to our community!

The Wolfire guys have been making games for just about a million years now (give or take a few years), and have shown amazing skill for is creating and maintaining community's with frequent and entertain media posts. By far the biggest achievement the Wolfire guys had in 2010 was creating the Humble Indie Bundle and the Humble Indie Bundle 2 (still on right now) which literally made a million bucks that was shared between game related charities like Child's Play and the developers of the games that the bundle supported. All for the low low cost of whatever you wanted to pay. 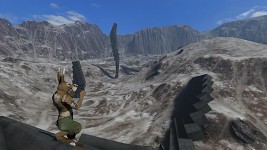 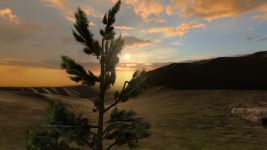 SureAI is SURE known for making fantastic singleplayer mods (heh). With the latest release being the fantastic Nehrim: At Fate's Edge which is both huge in scope and content. The release has also been converted into three different languages, which is an amazing feat considering the ungodly amount of text and speech in that mod. 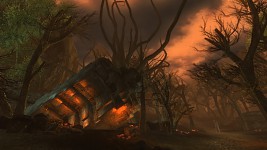 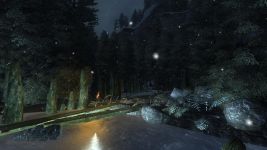 Teotl has had a pretty good year if I reckon, being the very first official UDK commercial release and bridging the step between being a mod developer to a indie developer! Phew that entire experience must have been one hell of a roller coaster. 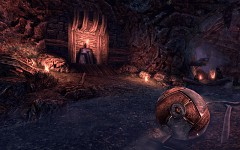 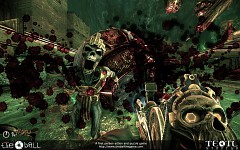 Originally a one man development powerhouse, now is home to a handful of very talented people in all aspects of game development. The first game (and the title that put Mojang Specifications on the map) Minecraft has quickly become the Indie darling of 2010 capturing both the minds and imaginations of about a bazillion people. 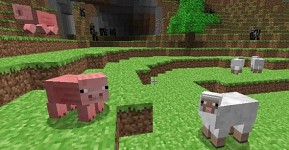 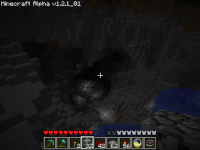 Being a group of dedicated modders that manages to blow wide open a game previously thought to have a lack-luster SDK for modding support. What more is there to say? Oh wait the mod is also very very good. 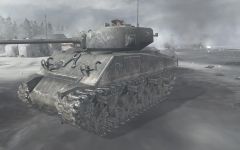 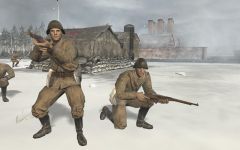 Master notch and the Beardless beard man i would say..

Beardless Beard man, Maxen? Do you mean when the wolfire developer painted his beard pink when they had a thousand preorders, or have i missed out on something?

indeed, you have missed one of the most important Beard Shave ever!

All outstanding devs that should be an inspiration to all indies!

*Puts on his top hat and monocle*

Great stuff! They really deserve it!
Congratz to you guys!

Master Notch will be proud.

From one developer to another, Congratulations!

I liked to read this. All developer made or make a fantastic job and earned it to be in this post.

Disappointing that there's no acknowledgement to Unknown World Entertainment's achievements this year, but a solid list.

i agreeb but yah, this is a great list

wolfire and the beard <3

if only nehrim had speech in english =(

Wow, what a crap article and a waste of database space. There are 200 teams in the top100 and instead of showing some unknown or less known developers and what they did you make a useless article about those that anybody knows already with a crappy punching line? Please shape up *dramatically* with upcoming MOTY/IOTY articles as this article really is a total waste. But I guess MOTY/IOTY is no more about mods/indies but show it looks like... pfft.

Perhaps he will write a "Most Underappreciated Developers Feature" but that is COMPLETELY different and not relevant to this feature. You're asking for something different than originally intended.

As you said: best at "PR"... but that's it (in some cases here). This is about "developers and their achievement" and to be honest there are projects in the top100 which are greater developers than some mentioned here. If they called this "Best PR of 2010" then yes, some entries here deserve it but it's best developer and at that it fails.

im gonna have to agree with dragonlord here, all we've seen lately is a couple high-pr devs getting news over and over. Let's see some lesser known ones.

dude calm down they're games

This list lacks of Notch (for Minecraft) imo but you have chosen Really The Best Developers of 2010 ;)

Other than Eastern Front, I've only heard of Minecraft and Overgrowth. Now I know some more indie games and mods which are worth checking out. Not everyone is as up-to-date with the modding world as you.

[Ugh, meant to be a reply to Dragonlord but the reply system messed up a bit...]

Oh completly agree with Dragonlord. There is arround 10 AA indie teams and probably more than 30 others that can stand next to them. All of them should be on this list. But on other hand all teams that have been puted on list deserve it becouse they are good and defenetly in those top 30 teams.

Pfft, NS2 should be on here. They have developed their own engine for christ sake, as well as development tools for mod teams - and they still have time for community feedback, interaction and videos.

Who else can claim to produce almost AAA quality work that is all there own and accomplish such things.

This is about the PR part, not about Engine or progress on their game etc.

Maybe i'm wrong, but thats how i understood this article :)

all of you guys did a really good job :D

If it were up to me the creators of Amnesia (Frictional Games) would have definitely been on this list.

Wolfire puts out thoughtful and useful articles on their development. Big thumbs up to them! :)

" blow wide open a game previously thought to have a lack-luster SDK for modding support."

What? The CoH engine IS a lack-luster SDK for modding =p It's such a pain to do hardcore stuff on it you have NO idea.

This is true. Even with the vast community effort that's been put into jury rigging together a modding scene, CoH is still a total bitch.

At least it has a semblance of an SDK.

too bad. Unknown Worlds Entertainment made their own engine

Unkown Worlds... Its not vene included? Pretty lame. I know they have already MOTY (2002) , but you should consider the workload and quality what theyr up to! Own engine, testing, balancing, reading TONS and TONS of community feedback and thats done whit SO small crew, and your not even noticing them.. Disappointing.. : /

I used to be on the EF team as a mapper years ago, and I'm super glad (and a tad jealous) to see you guys on the awards page. WAY TO GO!!

absolutely EVERY Team in this list has deserved it i especially like it that Sureai made it :D such an awesome mod and a really good time playing it . ..

Well Henly, you certainly had to have anticipated a fair amount of disgruntled negative comments in response to the obvious controversial approach to this ( feature ) article and to in effect, validate it. I can appreciate the concept behind this feature and that's great. I don't however, support this seriously flawed method. It's extremely difficult for this not to read as a " preference " PR piece. Not an accusation - just my opinion ( it's like watching the " Oscars " award show where only four of twelve great movies have taken all the nominations ). I can see the bigger picture and where your likely coming from here, but it just can't be executed this way while appearing unbiased.

I'm all for giving dev. teams the fair acknowledgement that's due and we've all been showing our support and appreciation for their projects as best we can by following their work and casting our votes in the IOTY and MOTY competitions.

While I'm happy to hand everyone listed above my respect for all their obvious hard work and achievements, there are so many other teams that are really busting their ***** and producing some truly impressive projects, but their just not in the forefront. Yes, self promotion is a sorely lacking skill and some teams honestly aren't making much of anything, but surely you can devise another method/system more suited to include exposure for a far broader range of legitimate development teams.

No mention of Bay12 after how awesome DF2010 has been?

All the developers obviously deserve a place on this list, but there should have been more "honourable mentions" here. I think Mode7 (of Frozen Synapse fame) specifically deserved some extra attention. They're a small team, but they're highly professional and in-touch with the community at the same time. Not to mention their excellent game.

I'm sad to see Mode7 isn't there as well.

wtf where is esf