A short article highlighting the development of the Free Ride Extreme Editor for FUEL over the last couple of years.

T he mod REFUELED for FUEL in the last few releases has featured the inclusion of an application known as the "Free Ride Extreme Editor" which allows you to create your own scenarios through playing around with the game's weather values. In this article I just wanted to highlight the development progression with the use of screenshots and summary as this tool improved over time 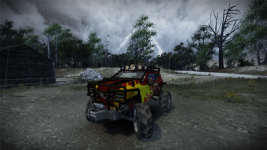 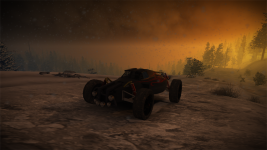 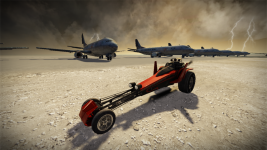 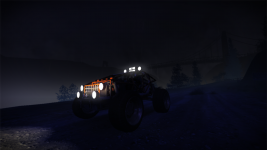 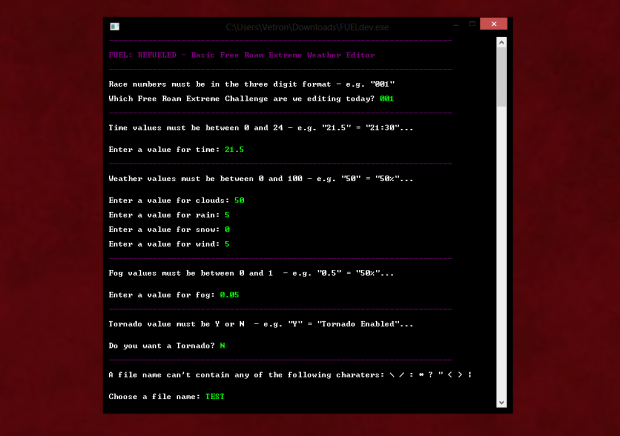 Above is the initial version of the application, I updated the screenshot for the sake of this feature; but this version was originally developed back in January 2011 part of V15.4. Its certainly no looker and perhaps even difficult to use if you don't know what your doing.

I'd like to think a few people got use out of it, but honestly if you knew what you were doing it could be perhaps just easier to just edit the file manually.
V15.4 was the last of the original run of the FUEL: REFUELED mod. The current state of development at the time was it was never going to be in a releasable state due to performance and stability issues around how the mod was developed - which peaked with V15.4 Patch #3. 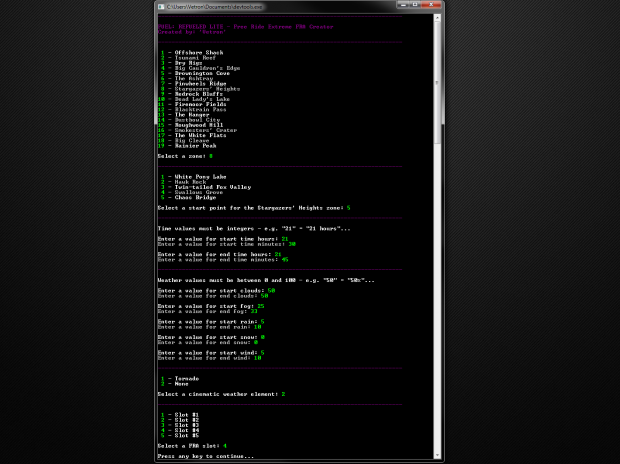 FUEL REFUELED LITE! The new and improved rework of the mod, which included ditching everything up and including the old version numbering instead replacing with a more easy to recognize "Release 1". It wasn't just the mod itself that got a rewrite, but the Free Ride Extreme editor as-well.

Due to the fact the original line up of Free Ride Extreme challenges were no longer preset in the mod, I went for the alternate approach of using Vista Points as a start point to trigger the scenarios.
So when you booted up the editor (still a text window at this point) you had to select a Zone and Vista Point, then upon saving it you'd have to go to that specific Vista Point in-game to trigger it.

This version was a significant improvement over the original, which can be seen by how time and weather values are translated into an easier to understand form. Instead of 21.5 for 21:30 you could enter "21" and "30". Instead of "0.05" for 5% fog you could actually enter just "5". There was primitive error checking as-well, you couldn't exceed value ranges - and leaving values blank would revert them to "0" to save you time while moving through the program.

One limitation however was due to development time constraints you had to save to 1 of 5 slots, meaning you could only ever have a maximum of 5 Free Ride Extremes active in the game at once. Plus if you had 2 you made that you'd assigned to 1 slot and then decided you wanted them both active at the same time... you'd have to recreate one of them to simply change which slot it used. Still kind of an awkward to use application at times, but better than it was originally. 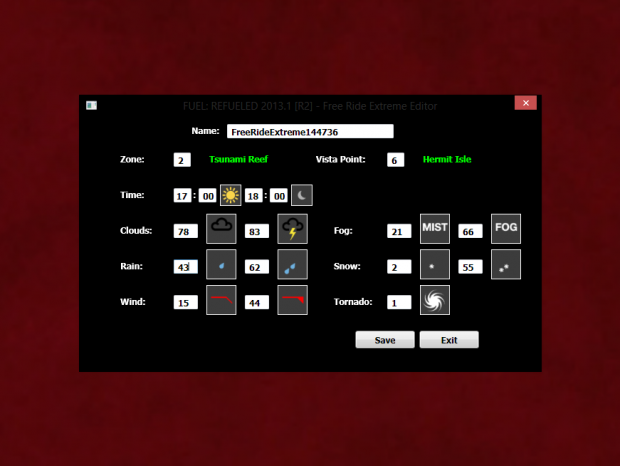 With release 2 of REFUELED I developed this GUI based application, a massive improvement over the previous versions. But again due to time constraints for a January release only the basic application was released and quite a lot of the ideas I had in mind for application didn't get implemented.

However this application lets you install a Free Ride Extreme for every Vista Point in the game. It was also translated to work with 6 languages and it also came with its own limited modding support so that you could customize its appearance.

The only negative side of the this application is that more features couldn't be added in time. It still works and does exactly what I'd want it to do. 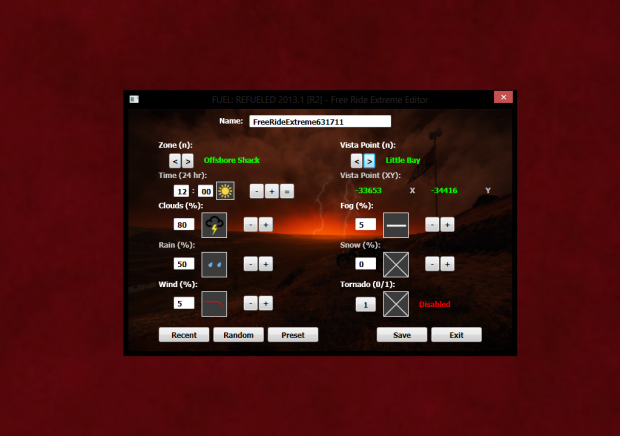 Over the last few months I've been improving the application further, with support for installing your own vista points, custom themes and weather presets. It also comes with handy features such as being able to recall your recent export, generate a random scenario and even comes with a log system to assist with debugging.

Custom vista point support took some thinking to achieve and it went through a few iterations before I reached the current solution which involves a form of basic auto-detection of certain files within the install directory.
Basically for every vista point is a text file that contains the vista point name (in all languages) and the XY co-ordinates. This is placed in a folder designated by the zone code - e.g. Offshore Shack being the first zone, therefore the folder is identified as "Z01". All the files are read and counted in this folder, and then available to be selected via the interface.

Theme support allows the adjusting of all font and graphic colors, plus the optional addition of a background image should the user so wish. Templates are provided for the formatting file and background image used so installing your own wouldn't be to difficult if you wish to change the program's appearance.
There are currently 2 themes (light and dark) and 6 background images supplied with the program.

The interface has also improved significantly, with buttons to replace unnecessary text boxes and basic mode being developed to the level of what I feel is both fool proof, easy to use and yet a useful too that even I myself can benefit from. Some of the weather symbols have been improved to improve presentation and be more useful to the user. The first time launch of the program even has a language select to save non-English users configuring the application before hand.

On top of all this the program has been optimized considerably, even with the addition of so many more features it actually uses less code and less overall resources than it did to start with. 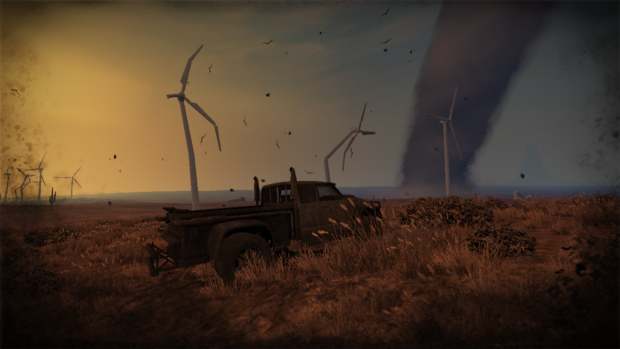 I will be continuing to improve the program further, check image uploads as I do publish screenshots as I have something useful I can show off. I eventually plan to release around June for the 4th anniversary of FUEL, so check for news posts in the lead-up to then for more details on what else will be included in that release.

In the mean time you can download the current release version from the link below, but don't forget to review my mod here as your opinion, suggestions and feedback matter! 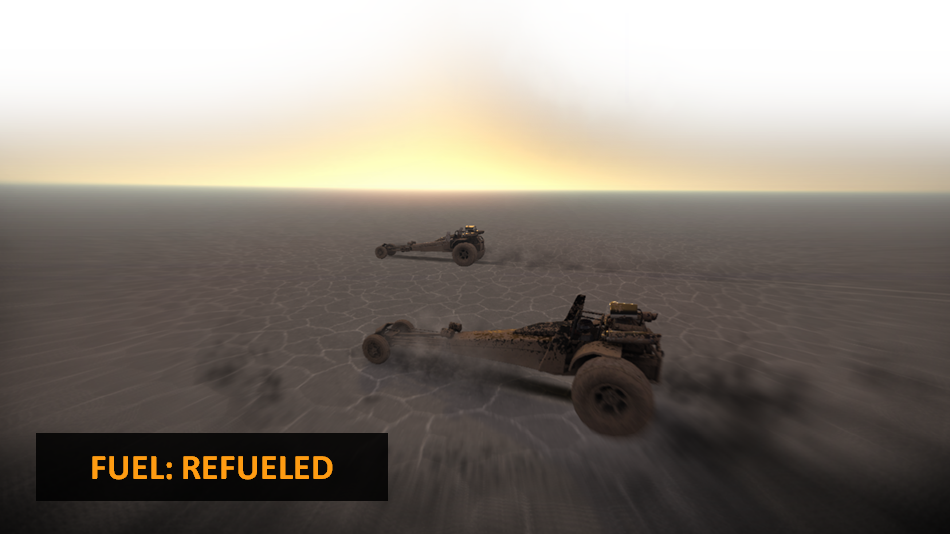 Free Ride Extreme Editor for FUEL, when for public?

Are Tornadoes Added Yet?