2009 was the year that has had the most new profiles created to date, and my mods updating. To be nominated for an award in Best Upcoming mod projects need to have been updated significantly during 2009 and have not released (obviously) anything more then a demo. Here are the Editors of ModDB's top selection of 2009.

Naruto: Naiteki Kensei
offers a new and unique fast-paced gaming experience based on the hit Japanese anime Naruto. Combining aspects of a third-person shooter and an action-based fighter, players will be able to go head-to-head against others online casting clever and powerful jutsus, performing evasive, acrobatic, and free-form movement and melee, and utilizing an array of weapons with multiple functions.

Cry of Fear
You wake up in a dark alley, not knowing anything. What has happened anyway? You struggle after the truth and answers. Answers you want to know in the darkness and fear, which makes your heartbeat race like violent blows against your head. Where do "they" come from? What has happened? Are you just turning insane? 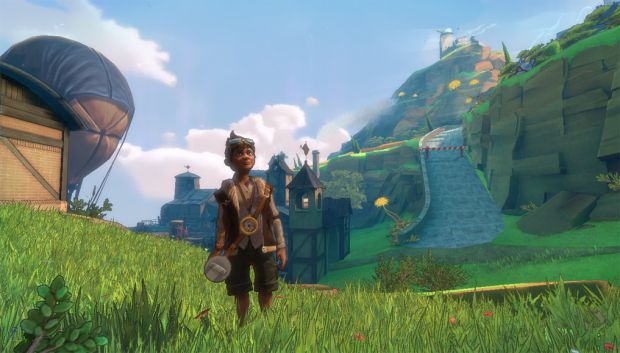 Airborn
is an action adventure mod in a fantastic world on flying islands eons after the world has collapsed from overexploitation.

Zeitgeist
Zeitgeist puts the player into our world, seventy five years ago - except that it's not the world as we know it. The story as it is now, although it might still be changed - time is in a constant flow. History: it is often defined by minor events, resulting in major changes. 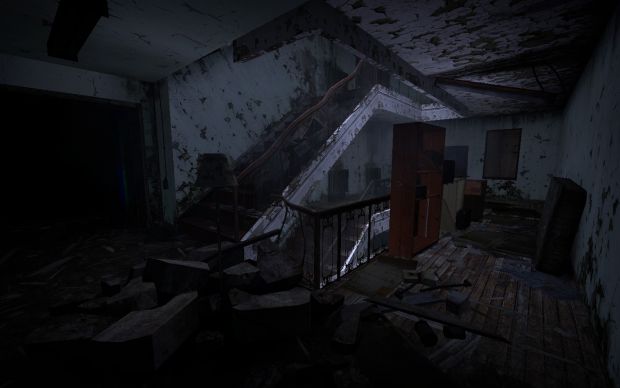 Raindrop
September 1997, somewhere in Russia. 58 years have passed since the complex has been cut off from the outside world. You wake up in an abandoned tunnel, without even a name .

No City 17 Episode One

Raindrop should of won!

Naruto?! WTF are you people smoking?

Raindrop all the way tbh.

Say what you want but to make the HL1 engine look that great and to have updates every single week deserves praise.

The video mentioned that it won mainly due to the constant updates.

So you're telling me you only give a **** about making an hl1 engine look good? Heh, good principle.

Anyway I'm personally not too interested in any of these though they all look great mod, Nauz is working on Zeitgeist though so I'll be rooting for that one.

Itll be in the releasedmods category next year.

Raindrop really, I can't wait for it

Really glad to see Raindrop on this list. GO RAINDROP!

I'd say either Raindrop or Airborn. Airborn particularly reminded me of fond memories in Japanese PSX games (RPGs and others) following the same theme, and Raindrop because obviously the quality of level design is amazing, the general idea itself is very interesting too.

Keeping my fingers crossed though, my guesses are not too good (I mean, last time I guessed either NS2 or E.Y.E., and it was neither...).

Where's Black Mesa? Anyway i hope that Raindrop wins this one.

Yeah, really. Where IS black mesa? It's not out yet? lol

It can be pretty weird if Naruto or Airborn will win cause you can actualy play both of them already. so it kinda ruins the idea of upcoming?

Airborn looks the most intresting there but never played any.

Its all about Raindrop

We all know Cry of Fear will WIN

it's amazing to see 2 halflife1 mod's on this list.

I cant decide between Airborn, Zeitgeist, or Raindrop! They are all so good!

They are all very good, I can't decide.

All are great possible winners. This looks like it's going to be a close one.

Zeitgeist is just kind of art!

I'd expect raindrop to bag this one. Very nice art direction, very promising development on gameplay elements, such as atmosphere, level design and general eastethics!

Personally I want Raindrop or CoF to win. I like the look of them both. Don't get me wrong they all look great, but Raindrop and CoF are more of my type of mod.

Difficult to say. I'd go for Zeitgeist mostly because the art style and setting is particular. The others though are as interesting so this one is going to be a close call.

wonder which one it will be, but they are all worthy to be nominated.
for me: either CoF or any of the hl2-mods. not airborn or naruto, even if airborn looks very good, its not my taste.

Airborn looks amazing, but I like to see Raindrop win after seeing the weather effects.

rooting for raindrop and cry of fear

Naruto released . . . kinda odd. I hate Narutards, it didn't deserve to be on the list regardless.

Cry of Fear for the win!

It's a close call between Airborn and CoF. Airborn seems like a really awesome game you could get lost in for hours, CoF looks like an amazing horror SP game.

This will be a hard battle. I would choose Raindrop!

I know it's probably the outsider, but I'm really exited about Zeitgeist. Sounds and looks potentially incredible. They all have massive potential though so I'm good with what ever descision here myself.

Hosting server is down, horray for technical issues :P