The game engine you are trying to view has ceased development and consequently been archived. If you are a member of this engines team, can demonstrate that it is being actively developed and will be able to keep this profile up to date with the latest news, images, videos and downloads, please contact us with all details and we will consider its re-activation.

Volatile3D II engine is designed for singleplayer or multiplayer first-person action games with mostly indoor encounters. It is cross-platform and supports modern graphic features, interactive physics including ragdolls, up to 64 players in local network or internet. The most important features grouped into sections are listed herein. 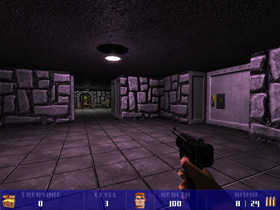 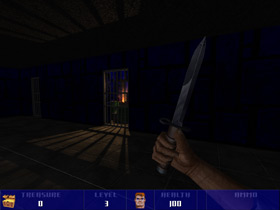 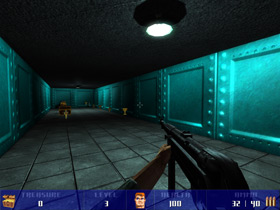 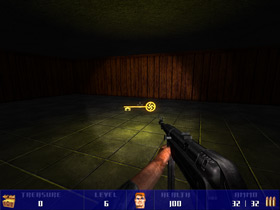 Volatile3D II game engine was started in 2008 and was considered to be a free alternate to id Tech 4 engine. It comprises some original features, for...

Wolfram is a modern remake of Wolfenstein 3D, game created by id Software in 1992. It features modern graphics including per-pixel lighting and shadows...

Will the J.A.C.K Level Editor and the Game engine be "Open Source", So if some one want's he can use the Engine and Modify it in his own way??

This engine looks great. Source engine sheds tears because of this. :)

Hey, Quick Question - Do you have plans to license out or distribute the Volitile 3D II Engine?

Yes, when it is done. But, generally speaking, it is still under development.

Mod SDK & Community
Built a game for Volatile3D II and want to support mods? Try mod.io, a cross-platform mod SDK created by Mod DB which makes it easy to get a mod community up and running in-game. Currently seeking games to integrate and promote