Founded in 1990 by John Romero, Tom Hall, Todd Porter, and Jerry O'Flaherty, Ion Storm was most famous for its FPS/RPG game Deus Ex, and Daikatana (considered the biggest commercial flop of all-time). With the promise of blockbuster games, with the team united under the slogan 'Design as Law', Ion Storm failed to live up to the hype with many famous mis-steps until it closed in early 2005. 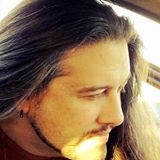 The year is 2052 and the world is a dangerous and chaotic place. Terrorists operate openly, killing thousands; drugs, disease and pollution kill even...

Approximately 20 years after the events depicted in Deus Ex, The World is only beginning to recover from a Catastrophic worldwide depression. In the Chaotic...

Rarely seen and never caught, Garrett is a master thief — the best who ever was. Able to sneak past any guard, pick any lock, and break into the most...

A war has broken out on a planet called Gift 3 between four different races: the heavy but slow Darkens, the very light but weak Scorps, difficult to...

he was also in RetroGamer issue 76
Greatdigitalmags.com